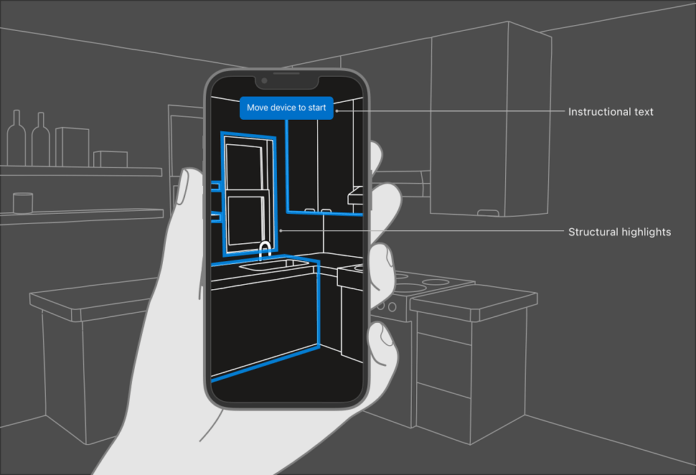 Since 2020, top-end iPhones and iPads have been equipped with LiDAR scanners – Light Detection And Ranging technology capable of scanning and mapping out a user’s immediate surroundings.

Now, at its recent WWDC 2022 event, the company has revealed RoomPlan, an augmented reality tool powered by Apple’s ARKit, that will let businesses use LiDAR inside their own apps. Aimed firmly at professionals in the real estate, hospitality, architecture, and interior design industries, Apple says RoomPlan will “help your app quickly create simplified parametric 3D scans of a room” to streamline conceptual planning.

How does Apple RoomPlan work?

> How to download the iOS 16 beta on your iPhone

Currently, RoomPlan is in beta, but Apple’s developer documentation for adopting this API offers some clues.

Within the app, a user first scans the room with their device. According to Apple, “the framework inspects a device’s camera feed and LiDAR readings and identifies walls, windows, openings, and doors. RoomPlan also recognizes room features, furniture, and appliances, for example, a fireplace, bed, or refrigerator, and provides that information to the app.”

Once the scan is approved, the user can access RoomPlan’s readings. This includes estimated dimensions of a room, the option to add virtual furniture, or even include the room in a 3D game.

3D mapping on mobile devices isn’t new – some of the best interior design software have long-touted AR capabilities. It’s a way of accurately visualizing concepts in situ, allowing users to ‘see’ how completed projects may look in the very space they stand.

By opening up real-time scanning with LiDAR to third-party apps, though, Apple is making access even simpler for businesses keen to bring augmented reality visions to life for customers and clients. And it’s a way to create better experiences for app users. room plan lets app developers “highlight physical structures and display text that guides a user to scan the shape of their physical environment.”

In addition to improved guidance comes better visual feedback during a scan, while the dollhouse view will display everything that’s been scanned in a room. Effectively, with this announcement, it’s possible for development teams to make their 3D home design software even more powerful.