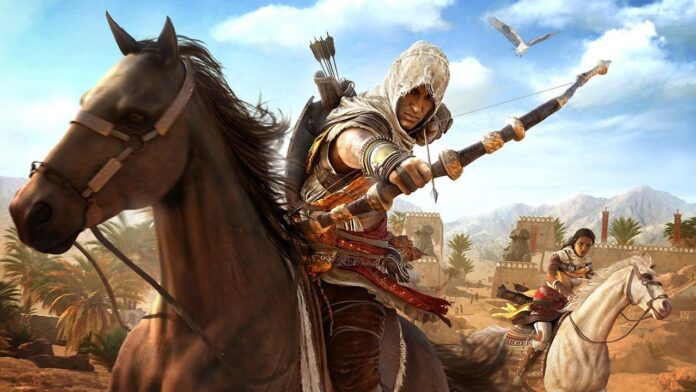 Microsoft has announced the next batch of titles hitting Xbox Game Pass this month, as it rolls out the first fruits of its new Ubisoft partnership.

Assassin’s Creed Origins and For Honor: Marching Fire Edition headline the releases. According to an Xbpx Wire blog post, they’ll be available to play on Xbox Series X|S, Xbox One, PC, and Xbox Cloud Gaming.

They mark the start of a new partnership between Microsoft and Ubisoft that was announced back in April. Xbox Game Pass community lead Megan Spuur said Microsoft would be “working with Ubisoft to bring even more incredible games to the Game Pass Library”, telling us that “more Ubisoft Games [will be] coming to Game Pass” in the future.

The full scope of that partnership hasn’t been fully detailed, but it could lead to some significant changes for the subscription platform. More legacy titles will likely be added to the service, such as Assassin’s Creed Valhalla, but it also opens the door to more launch day titles, too. Earlier this year, Ubisoft’s Rainbow Six Extraction hit Game Pass on the same day of its retail release. If that trend continues, players will get to play forthcoming blockbuster Ubisoft games through their existing subscription – a major boon.

However, Ubisoft isn’t putting all of its pixelated eggs in one basket. In May, Sony announced it too had partnered with Ubisoft for its revamped PS Plus service. Members of the PS Plus Premium tier will get access to Ubisoft+, handing them a slate of older Ubisoft titles to dig into. As it so happens, that will include For Honor and Assassin’s Creed Origins.

For now, it remains to be seen if either Xbox Game Pass or PS Plus will be privy to triple-A Ubisoft titles on launch day. Such a partnership would especially be beneficial for Sony. The publisher has already said it won’t be adding its own first-party games to PS Plus on launch day for the foreseeable future, so any release day titles from other publishers will go far to improve the platform’s value.

Elsewhere in the blog post, it lists all the other games coming to Xbox Game Pass this month. They include: