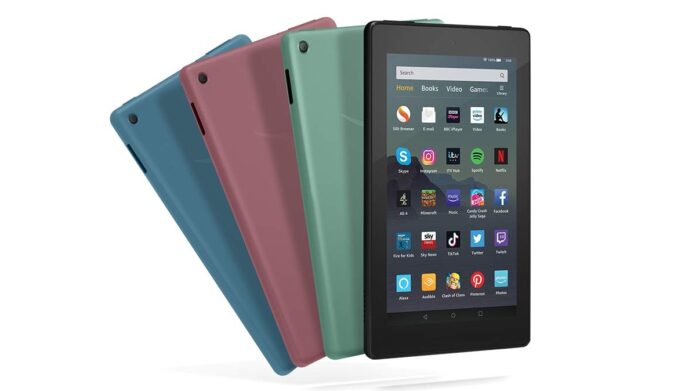 The best cheap tablet field isn’t the largest as there isn’t much of a market for budget devices, compared to mid-range and high-end tablets. However, there are still some good options out there.These include Amazon’s extensive range of tablets such as the Amazon Fire HD 8 Plus, as well as Apple’s selection such as the iPad 10.2 (2019). The latter is one of the only truly affordable iPads right now.

This list has those and more, including an entry from Samsung, in the form of the Samsung Galaxy Tab A 10.5. So you’ll find slates that have a range of sizes, operating systems and features below. All you need to decide is which one most appeals.

To help with that we’ve ranked them, but not everyone needs the same things from a slate. You might want something relatively small, light, and portable, such as an 8-inch screen and a weight of under 400g.

Or maybe you want a big, immersive 10-inch display. Operating systems are worth considering too, with the options typically including Apple’s iPad, Android, and Amazon’s Fire OS.

So these are all things to consider when choosing a tablet and to help you with that we’ve also included a full specs list for each, plus pros, cons, and an overview. If you’re still in doubt, you can always click through to our full review for each, to get a complete picture of them.

If you’re after something with a higher spec, check out our best tablet, best iPad, and best Android tablet guides.

Check back here regularly too, as we’ll be keeping this article updated as new cheap tablets launch. And if you have a bit more to spend, make sure to check out some of our other tablet guides, linked below.

The best cheap tablet you can buy right now

You still get a 10.2-inch display which we found to be bright and colorful, and there’s also Smart Keyboard Cover compatibility, extra RAM (for noticeable but small performance gains), and all the great features that the latest iPadOS offer. That includes being able to use the iPad 10.2 (2019) as a second Mac display via MacOS Catalina’s SideCar feature.

The only weakness then is the camera, which we found serviceable at best, but that’s a small price to pay for paying a small price. The iPad 10.2 (2019) might not be the newest basic iPad but you can be confident that it’ll be supported for years to come by Apple.

The best of the Amazon Fire tablet range, the Amazon Fire HD 10 Plus might not be the cheapest but it offers a lot for the price tag. This includes a 10.1-inch display with a 1920 x 1200 resolution that means watching films or videos while on the move looks pretty good – and with decent stereo speakers, it sounds good too.

Battery life is about 12 hours, so you won’t have to worry about finding a power source too often either.

Elsewhere, you’ve got a choice of 32GB or 64GB of storage depending on your budget, plus you can go for wireless charging too for added convenience, and its lightweight build means it’s ideal for extended use. We found the chipset and cameras were both a bit basic, but overall it packs a lot in for the price.

Wireless charging
Can be used like an Echo Show
Poor screen quality
Not swift, even with extra RAM

The Amazon Fire HD 8 Plus is essentially the Amazon Fire HD 8 (2020), but just made a little bit better. It has more RAM at 3GB, supports wireless charging (so you can use it with an optional dock that brings it close to an Echo Show), and comes with a speedier charger than the standard Fire HD 8.

Beyond that it’s much the same as its cheaper sibling, but that in itself makes it faster than the previous generation of the Amazon Fire HD 8, as well as giving you much more storage to play with.

The Amazon Fire HD 8 Plus still isn’t the fastest of slates, but it holds its own for what it costs, and if you want a tablet and smart display all in one it’s a top choice – though for just the tablet part you might want to consider the standard Fire HD 8 (2020) instead.

With a decent-sized screen and a resolution of 1920 x 1200, the Fire HD 10 (2021) is ideal for watching films while relaxing. That’s its biggest strength really as it’s occasionally slow when running software and its rear camera is still only 5MP, albeit an improvement on the earlier model. Still, for messing around with friends, it’ll do.

There’s no wireless charging but nor would you really expect it from such an inexpensive tablet. It still delivers lots for your money.

The Amazon Fire HD 8 (2020) is 30% faster than its predecessor, has twice as much storage, has slightly better battery life, and finally makes the move to USB-C (where the previous model uses micro USB), but otherwise, it’s very similar.

So if you’re shopping for your first Amazon slate or have a much older one then this is a good upgrade, but you might want to think twice about upgrading from the previous model.

Other highlights of the Amazon Fire HD 8 (2020) include a 3.5mm headphone port and a cleverly positioned front camera – which is at the top when you hold the slate in the landscape, as you likely will during video calls.

Plus, of course, it’s very, very cheap. That said, it suffers from some typical cheap tablet problems – we weren’t impressed with the screen quality and found that it feels as cheap as it is.

The Samsung Galaxy Tab A 10.5 is the South Korean firm’s answer to Apple’s best cheap tablet, which you’ve seen above.

If you’re looking for an Android iPad rival on a budget, this is the slate you should consider. With Google’s Android operating system providing plenty of flexibility, coupled with a large HD display, the Tab A 10.5 is great for movies and web browsing.

It also benefits from long battery life, so you can indulge in a movie marathon. It’s not the most powerful slate around and its size makes it slightly less portable than some, but for media and basic app use around the house, it’s a strong choice.

Notice the lack of ‘HD’ in the name of the Amazon Fire 7, compared to the other Amazon slates on this list? That’s because the screen quality of the tablet is, well, not HD.

That’s a compromise you’ll have to make if you’re wanting Amazon’s latest super-cheap device, as it won’t grace your eyes with a stunning display or slick performance. However, there is enough power under the hood to get you through basic tasks, like streaming content or shopping.

It’s also great as a Kindle device if you want your Kindle to also come with Alexa and the internet and the best books of all – movies.

We only include tablets that we’ve fully reviewed in this guide. That means that we’ve used every entry extensively and delivered a final verdict on them. This allows us to easily rank and compare different tablets, factoring in their specs, performance, price, value, age, and any other factor worth considering.

What should I look for when choosing a cheap tablet?

There are always compromises on cheaper products, so it’s important to identify where the corners have been cut, and whether those things matter to you. Equally, if anything, in particular, is very important to you, be it the battery, screen, or anything else, make sure that the tablet you’re considering performs well there.

What is the cheapest good quality tablet? 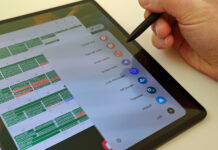 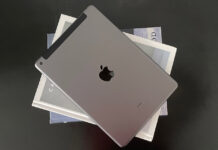 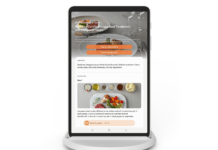