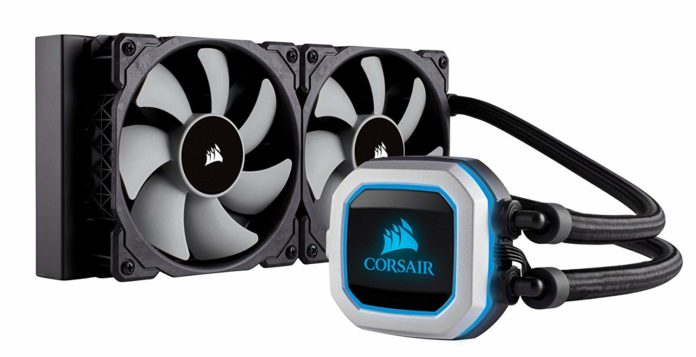 What’s cooler than being cool? That’s right, keeping your PC components ice cold. Before you go out to find more exciting components like the best graphics cards to soup up your rig, you have to seriously consider picking out the best CPU cooler first, as you’ll need it to build the best gaming PC you can. After all, keeping your CPU at a low temperature will increase your computer’s performance, not to mention, longevity.

The best CPU coolers will come in every shape, size and even price point in 2019, but finding the perfect cooler for your build depends on your processor, your budget and your overclocking demands. Luckily, even if you’re trying to save some cash, you can still pick up one of the best CPU coolers, as many air coolers are extremely cheap these days. If you’ve got the cash, on the other hand, you also have the option to splurge on a high-end liquid cooler, taking your cooling performance to the next level.

Regardless of what kind of CPU cooler you need, we’ll help you find the most ideal one. We gathered some of the best CPU coolers on the market, using our PC component expertise. And, because we’ve tested these coolers ourselves, you know these heat dissipators will be worth your money. Plus, with our price comparison tool, you’ll know you’re getting a killer deal every time.

The Noctua NH-D15 is one of the best CPU coolers you can buy in 2019 simply because it performs just as well as – if not better – than some liquid coolers while costing a fraction of the price. You might not be too familiar with Noctua’s name, as they’re relatively small in the CPU cooler world, but its business revolves around designing coolers, so you know that when you buy one of their products, you’re getting a product by people who really know their craft. On top of delivering a fantastic cooling performance, the NH-D15 is nearly silent as well.

Cooler Master’s Hyper 212 CPU RGB cooler is back with a vengeance, and sporting a sleek gun-metal black brushed aluminium finish to boot. It’s not only jet black look that’s upping this CPU cooler’s cool factor – though it does help what with that aluminium top cover and nickel-plated jet black fins to complete the look. It’s also easily one of the best CPU coolers on the market with its stacked fin array that ensures least airflow resistance, four heat pipes that boast Direct Contact Technology to better battle the heat, and a wide speed range for fine-tuning cooling performance and silent operation.

Noctua is an Austrian manufacturer that does one thing, and one thing only: make the best CPU coolers and fans. What this means is that even though the Noctua NH-L9 is tiny, it is still more than capable of insane cooling with no compromises. This is a fantastic cooler for anyone with a smaller build, or even if you’re using a ton of large components, and you’re not comfortable with liquid cooling.

Corsair has enjoyed a position at the top of the liquid cooling game for a while now, and the H100i Pro continues the trend. Not only is this thing obviously strapped in RGB lighting, but it also boasts impressive cooling performance, thanks to Corsair’s unique and powerful fans, which you can control through the iCue software. All these combined, and you’ve got among the few best CPU coolers that not only performs well, but that is also completely customizable.

With the Cooler Master MasterLiquid ML240P Mirage in your gaming rig, you won’t only end up playing for hours on end without worrying about thermal throttling or overheating. You might just an hour or so admiring your CPU, especially if you have one of those glass-window cases, as this CPU cooler is indeed hypnotically pretty. It’s mostly thanks to its transparent pump design that lets you see the impeller spinning while bathed in different RGB lighting, like a colourful spinning wheel at a funhouse. Performance-wise, it definitely deserves a spot in our best CPU coolers list, with its PPS+ glass fibre housing and nozzle that provides temperature and liquid resistance, EPDM rubber O-Ring that helps eliminate liquid emission, and a low-resistance radiator that increases flow rate, heat exchange efficiency and cooling performance.

If you’re running one of the best processors, and you want to push it to the limit, you’ll need one of the best CPU coolers for overclocking, like the NZXT Kraken X72. Not only does it pack a gigantic radiator, but its high fan speeds ensure that cooling performance is top-notch all the time. And, because it’s 2019, it features addressable RGB and an infinite mirror design that looks amazing in any case. To top it all off, the NZXT Kraken X72 is backed by a 6-year warranty.

There isn’t a single component that can’t be improved through RGB, and Cooler Master is well aware – jumping on the RGB bandwagon with the MasterLIquid ML 120R RGB. What’s more, it integrates some of the first addressable LEDs seen on a liquid cooler. This all-in-one liquid cooling solution isn’t just about aesthetics – it features an oxidation free pump and an efficient radiator. This means that not only will it last longer – but it’ll keep your CPU cooler, and all without giving up too much case real estate, which is why it’s made our best CPU coolers list.

For less than 70 big ones in both US dollars and British sterling, the Arctic Liquid Freezer 120 is a deal you can’t pass up if you’re on the prowl for a liquid cooler that won’t break the bank. While it lacks the bells and whistles of pricier, more extravagant liquid coolers, like the NZXT Kraken, the Arctic Liquid cooler is enough to get you by, not to mention it’s still a massive step up from the classic fan and heatsink pairing. So, while you can’t expect RGB lighting or software – or even hardware-based fan control, the 120mm variant of the Arctic Liquid Freezer makes our best CPU coolers list as it will keep your system refrigerated at a (mostly) quiet volume.

Even if your budget will allow you to really go all-out on a serious liquid cooling solution, if you have a smaller PC case, you’ll likely not have enough space. That’s where something like the Corsair Hydro H5 SF comes into play. Even on the smallest PC cases, you’re able to use this CPU cooler to keep your CPU chilled, even if you have some beastly overclocks happening. Plus, because it’s a closed-loop, you don’t even need to worry about maintenance. Set it up, and let it do its thing – you won’t be disappointed.

Rounding out our best CPU coolers list is the NoFan CR-95C. You’ve probably never heard of NoFan – unless you’re already neck-deep into the rabbit hole that is silent PC assembly. The South Korean component company specializes in helping enthusiasts reach that 0dBA silent sweet spot. In doing so, of course, will severely limit your set-up in terms of power, with its CR-95C fanless solution being a limited incompatibility to processors whose TDP fall below 95W. Still, the NoFan CR-95C is worth a shot if you want to build a low-power computer that completely blends into the background. 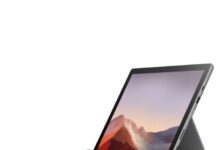 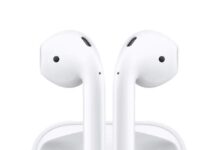 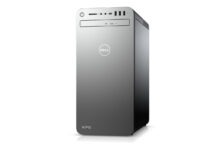 The best screen recorders for Windows, Mac, Android and iOS

Hafiz Hamza - February 20, 2021
0
Best computer 2021: the best PCs we've tested Spending money on the best computer is more of an investment, rather than a treat. While cheap,...