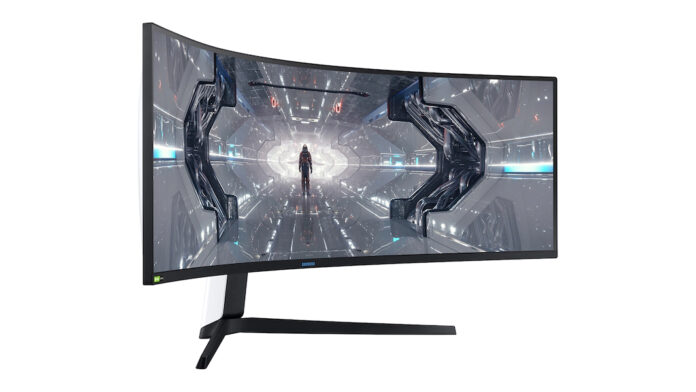 The best HDR monitors might be just what you need when typical display specifications aren’t enough. High dynamic range (HDR) expands a monitor’s dynamic range, giving it the ability to showcase a wide spectrum of colors, contrast and luminance broader than what you would typically find in non-HDR or SDR displays. As a result, you’re getting a far better viewing experience.

The best HDR monitors offer boosted contrast and highlights that show more details in both dark and bright scenes, which makes videos appear more life-like, and are just  brighter in general. Those advantages benefit not just gamers and video editors but people who binge Netflix on their computers as well.

Unfortunately, while HDR is now a common feature in television sets, it’s not a typical feature to find in even the best monitors. Worse, some monitors may say claim HDR10, HDR-600 or some other vague, undefined specification that might not actually be true HDR – true HDR (at this point in time) should meet Vesa’s DisplayHDR standards or something equivalent like Samsung’s own HDR specification. This means that choosing an HDR monitor isn’t exactly straightforward.

Not to worry: we gathered up the best HDR monitors we’ve reviewed so far. With our picks, you won’t have to scour the internet and figure out which monitors have true HDR yourself.

Samsung’s impressive Odyssey G9 is among the best ultrawide monitors we’ve ever tested, giving gamers an immersive 1000R curvature, a whopping 48-inch real estate, and a fast refresh rate of 240Hz – as well as 125% sRGB coverage and 92% Adobe RGB coverage. Those alone make it an excellent monitor for gaming, video editing and multi-taking.

Factor in Samsung’s HDR 1000 rating, and you’ve got the best HDR monitor that’s worthy of its (exorbitant) price. It delivers a peak brightness of up to 1,000 nits and what Samsung calls “precision black,” giving you back all those details – apparently up to 10 times more – that would be lost on a typical screen. We’re not quite sure what its VESA DisplayHDR equivalent would be, but playing HDR-supported games on this is an absolute dream. With Destiny 2, for example, all the colors pop off the screen, especially when exploring dark underground caverns.

Simply, every aspect of the LG UltraGear 38GN950 has been designed to pull you in and immerse you, whether you’re playing a game or in the middle of the video editing process. This nano IPS panel gaming monitor delivers a 144Hz refresh rate that can be overclocked to 160Hz, ‘virtually borderless’ bezels, LG’s Sphere Lighting 2.0 that can be synced with music or visual effects and will beautifully bounce off the wall behind the monitor in the dark, and an impressive DCI-P3 98% color gamut.

Better yet, it comes with that mid-range DisplayHDR 600 certification, making it a much better HDR prospect than most of the offerings on this list. This means that it offers a peak luminance of 600 cd/m2 – that’s double the brightness of most computer monitors out there, local dimming, real-time contrast ratios, and 10-bit image processing.

Users seeking a terrific all-rounder option that gives them a little taste of that HDR goodness will love the LG UltraGear 34GN850. Among the many compelling reasons to hit that buy button here is that special NanoIPS screen that positively pops with color and vibrancy, as well as contrast, making it better than other IPS displays. It also boasts a fast refresh rate, a good range of height/tilt adjustment, and support for AMD FreeSync Premium, not to mention is G-Sync Compatible Verified.

It’s also a terrific entry into the HDR world, scoring a VESA DisplayHDR 400 certification. That may be the lowest VESA certification – it tops at 400 nits brightness and is missing local dimming – however, it’s definitely a great step up from all those competing SDR displays when it comes to brightness and dynamic range.

For an ultrawide monitor with premium specs, this 34-inch monitor’s price tag is breathtakingly low. Consider that 10-bit color depth, 144Hz refresh rate, 1500R curvature, and FreeSync support, in a 3,440 x 1,440 resolution VA-panelled display that is under $500, and you’ve already got a bargain. But being the overachiever that it is, it also comes equipped with Quantum Dot Color technology that allows it to deliver a wider gamut of colors, enhanced contrast, and a quick response time.

That’s not all. Alongside those is its VESA DisplayHDR 400 certification, which means that it also offers true 8-bit image quality, higher contrast ratio, and a peak luminance of 400cd/m2. And, if you’re willing to do a bit of fiddling and calibration before you set about your adventures, it should give your games an extra depth of color and brightness.

The MSI Optix MPG341CQR’s 34-inch LCD panel with 1800R curvature, 144Hz refresh, and adaptive sync support would have had a hard time setting itself apart from its rivals if it weren’t for its extra gamer-friendly frills. Its snazzy “Mystic Light” RGB LED lighting that runs along its lower bezel, integrated webcam, separate webcam mouse, and USB-C connectivity certainly give it an edge over everything else.

Of course, there’s its DisplayHDR 400 capability as well, allowing it to display vibrant and accurate colors, outstanding black levels, and brightness that’s a cut above conventional monitors. MSI has promised image quality that looks more similar to what the human eye sees, and it’s definitely delivered in that regard, even if it does have the lowest level of HDR support.

Both competitive and non-competitive gamers with a penchant for fast-paced games will appreciate the Porsche Design AOC Agon PD27’s commitment to speed. It’s not just its design that’s been inspired by Porsche’s sports cars, but its specs as well which include a 0.5 ms response time, 240Hz refresh rate, and sleek wireless keypad built for changing settings on the fly.

HDR fans will also appreciate its VESA DisplayHDR 400 certification, which affords it a wider color gamut, deep dark blacks and vivid bright colors. Going above and beyond, it offers 550 nits of brightness instead of the required minimum 400 cd/m² peak luminance as well. Alongside that 1000R curvature on a 27-inch screen, it’ll definitely draw you into your game, offering a deeper level of immersion.