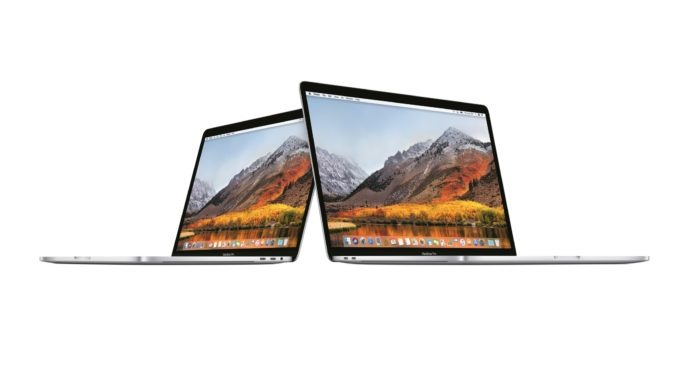 Best laptop for DJs 2019: the best laptops for music production

You’ll require one of the best processors – as well as plenty of fast RAM – since these will allow the best laptop for music production to tackle multiple music tracks. A fast and spacious SSD, hard drive or both are crucial as well, as you’ll be dealing with massive file sizes.

Additionally, if you’re regularly on the road touring, you’ll want a laptop that can handle a beating or two. You probably won’t need to go all out and pick up one of the best-rugged laptops. However, you must look into getting a device that won’t fall apart if you so much as look at it the wrong way. And, since we’re on the subject of portability, a thin and light Ultrabook will keep you packing light while on the road.

The MacBook Pro may be the default for most musicians, but that doesn’t mean that it’s the best laptop for music production for you. You might want or need one that runs Windows 10 instead.

To make your search for the best laptop for music composition easier, we also included our exclusive price comparison tool, so you can spot the best deal for your budget without fuss. If you need to see a more comprehensive list of prices and retailers, simply click the ‘see all prices’ button on each widget for more options.

The best laptops for music production and DJs:

For years, the MacBook Pro has been the go-to laptop for musicians all over the world, and its 2019 refresh follows in those footsteps. Actually, it fits the bill even more. If you can justify the price of entry, the MacBook Pro is without a doubt the best laptop for music production, particularly if you’re already invested in the macOS ecosystem. With its 9th-generation Intel Core chips and up to 32GB of RAM.

You’ll be able to load up as many tracks as you want in Logic Pro X without crippling your laptop or have it suffer slowdowns. It’s also surprisingly robust – you won’t have to worry about things bumping into it in your tour bag or dropping it a couple of times. This is because Apple has designed its MacBooks with a sturdy aluminium chassis that can survive hard falls and bangs.

If you want the best laptop for music production that can also moonlight as a Windows tablet to do some light gaming and movie watching on in your downtime, the Surface Pro 6 might just be the ideal laptop for you. Not only does this laptop alternative boast powerful internal components that are ideal for music production, but it also has a superb display as well – not to mention, a number of legacy ports for connecting your equipment. It might be missing USB-C and Thunderbolt 3 ports, but if you’re just in it for music production, that shouldn’t matter as much.

The Dell XPS 13 has had our vote as one of the best laptops on the market for a few years running, so it’s no surprise that its successor, the newly-released 2019 model is no different. For budding music producers, the XPS’ move to 8th-generation Intel Core chips should be alluring, as it will cut the time it takes to process tracks, making your creative process more streamlined and time-saving, which gives you more time to dedicate on other things. What’s even better, the 1TB storage drive configuration is back, which means you’ll have more storage space than ever to save your large files in.

With all the 2-in-1 laptops that can turn into a tablet and is bursting with features you might not even utilize that saturate the market, a more traditional Windows 10 laptop can be refreshing and might be best for what you need. If you’re a fan of the Surface devices, you’ll be ecstatic to know that Microsoft has released the Surface Laptop 2, which is one of the best laptops in its lineup.

This best laptop for music production features a quad-core processor and plenty of memory, as well as a stunning touch display and many of the ports you’ll ever need – minus the Thunderbolt 3 port, that is. If you don’t need Logic Pro X, the Surface Laptop 2 is a perfect match.

Recently refreshed, the MacBook Air brings Apple’s thin and light mainstream laptop into the modern age, flourished with a lustrous aluminium build, Apple’s Retina display and an actual modern processor. All of those add up to the best laptop for music production, especially if you’re invested in the macOS ecosystem but need to save some money in the process. Bear in mind though that you’ll need to invest in a couple of dongles or a port hub since the two Thunderbolt 3 ports aren’t compatible with many music equipment.

If you need a bigger and more powerful laptop for running music production software on, the Dell XPS 15 might just be the best laptop to meet your needs. Touting the same InfinityEdge technology as the smaller XPS 13, the screen extends right to the edge of the machine, which means that this laptop is as small as it’s possible to fashion a 15-inch laptop. It’s indeed pricey, depending on which version you get. However, the very top end configuration has a 4K colour-accurate display, which gives you a brilliant overview of all the tracks you’re working on.