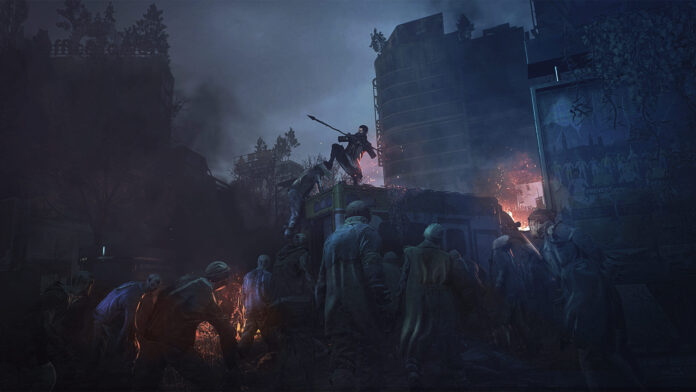 Looking for the best new games releasing in 2022? Then you’re in the right place. There are so many new game releases due this year, across all platforms, it keeps us awake in the early hours; from cinematic blockbusters to slow-burn RPGs. A thrilling 12 months lie ahead, and we can’t wait.

But, given how many new games are landing on consoles and PC this year, it can be hard to know which you absolutely need to pay attention to. So we’ve put together a list of the biggest games arriving in 2022, including what they’re all about, when you can get your paws on them and why they’re likely going to be worth your hard-earned time and money.

So, if you want to know what games to look out for this year, regardless of whether you’re on PS5, Xbox Series X, Xbox Series S or PC, then you’ve come to the right place. Read on for the best new games coming in 2022 and make sure to check out our upcoming games 2022 list for a handy guide to all the biggest release dates this year.

It wouldn’t be a true year of gaming without at least one zombie-slayer, and the sequel to 2015’s Dying Light looks to be our savior.

Set 20 years after the first game, Dying Light 2 sees you playing as Aiden Caldwell, an infected survivor, as he tries to unearth the secrets of his past and locate his sister amidst a ruthless, decaying world. Aiden’s search leads him to The City (the last remaining human settlement), where it’s then up to the player whether our protagonist focuses on his own goal or decides to help remaining survivors by rebuilding the settlement. Dying Light 2 has a focus on choice and consequence, with your decisions affecting the environment around you – as well as the story itself.

The original Dying Light took the parkour of Mirror’s Edge, blended it with a zombie shoot-‘em-up, and added a day-and-night variation system to boot. From what we’ve seen (and played) of Dying Light 2, the sequel has turned this up to 11 with a larger emphasis on stealth, parkour, and tweaked equipment to traverse the environment (like gliders, pulleys, and new swinging hooks). With a map four times as big as the first, littered with NPCs, side quests and challenges, Dying Light 2 is is definitely a game to keep an eye on.

“There’s no depth I won’t explore, no secret I won’t unlock,” says Aloy, in the breath-taking announcement trailer for the sequel to Horizon Zero Dawn. The first game was one of the highlights of the PS4, boasting a luscious world where the future and the past collide in a spectacularly unique way, and introducing a protagonist (aka Aloy) that we hope sticks around for decades to come.

Developer FromSoftware appears to be continuing its run of notoriously difficult action RPGs – or Souls-likes, as ubiquitous as the term is now – with Elden Ring. Set in the fantasy realm of the Lands Between, players will hack, slash, dodge, and perfectly time their way through the realm with the hopes of becoming the Elden Lord.

If that sounded like dull and standard fantasy fare, fear not. George R.R. Martin, the modern-day bard himself, has co-written the story. After looking at his world-building prowess in A Song of Ice and Fire, we know we’re in safe hands. There’s a chance, too, that his name will encourage plenty of non-gamers to jump into Elden Ring.

While we love to see everyone and anyone playing games, a word of warning for those who are perhaps less seasoned gamers: Elden Ring isn’t going to be easy. FromSoftware’s titles are notoriously challenging and, for some, that simply isn’t to their tastes – and that’s ok. But, what we would say is, if FromSoftware’s previous title Sekiro is anything to go by, that challenge means that every enemy you do takedown, and every inch that you progress, is exceptionally rewarding (perhaps more so than in any other game)

The next entry in Sony’s premier racing sim series is on the way, and it’s set to be the best yet thanks to the power of the PS5. Sure, Gran Turismo 7 is releasing on PS4 too but, from what we’ve seen so far, Sony’s latest hardware will make the racing game look and feel more realistic than ever before when it lands in March.

In Gran Turismo 7, players will have the opportunity to hone their skills in single-player races before heading online to challenge the best of the best in multiplayer matches. This is a pretty straight-laced racing game, unlike Microsoft’s Forza Horizon 5, and is one that racing fans definitely need to keep tabs on.

Let’s be honest, WWE 2K20 sucked. It sucked so much, in fact, that 2K canceled WWE 2K21 so it could go back to the drawing board with its next entry, WWE 2K22 and deliver a game that fans and critics actually like. And it looks like the hiatus might have been just the thing needed to reinvigorate the long-running wrestling sim series.

WWE 2K22’s slogan is promising that it “hits different” and, from what we’ve seen so far, it looks set to do just that. WWE 2K22 will feature new controls, more than 3,400 new animations, updated graphics, and a redesigned engine, with developer Visual Concepts also utilizing new facial scanning technology to make WWE superstars look more realistic than ever before. In addition, there will be plenty of new and returning modes to play with.

This is the first time in a long time we’ve been excited for a WWE 2K game, we’re just hoping that it sticks the landing when it arrives in March.

After being delayed from 2021, GTA 5 on PS5 and Xbox Series X is finally arriving in March – though we’re not exactly sure when yet.

This “expanded and enhanced” version of GTA 5, will see the hugely popular action-adventure (and its online multiplayer, GTA Online) making its way to current-gen consoles, with improved graphics, enhanced gameplay, seamless character switching and more upgrades.

The specifics of these improvements haven’t been shared by developer Rockstar Games yet, but given that GTA 5 and GTA Online are hugely successful games with massive player bases, it makes sense to keep players engaged across generations.

We can’t wait to see what improvements GTA 5 has undergone, especially as we wait for solid details on GTA 6 – let’s just hope it’s more successful than the horrific GTA Trilogy Definitive Edition.

Star Wars (and Lego) fans are in for a treat this year as (after a few delays) TT Games is finally set to release the latest game in its Lego Star Wars franchise this April: Lego Star Wars: The Skywalker Saga.

Lego Star Wars: The Skywalker Saga is pretty much a dream come true for fans of both the Lego and Star Wars franchises, covering all nine of the core Star Wars movies while giving players access to hundreds of playable characters from every era of the saga. It’ll be possible for players to visit many iconic settings as they play through the movies “in any order they choose” to “create their own unique journey through the galaxy.”

Lego Star Wars: The Skywalker Saga is TT Games’ most ambitious project yet and, if the developer pulls it off, we could have one of the best Star Wars games on our hands – never mind one of the best games of 2022.

Releasing on: PS5 and PC

Formerly known as ‘Project Athia’, Square Enix’s upcoming action RPG certainly piqued our interest when it was first revealed at Sony’s PS5 games reveal in 2020 – and it’s only continued to do so as time has gone on.

Forspoken will have players to take on the role of Frey Holland (played by Charlie’s Angel’s Ella Balinska), a young New Yorker who must harness her newfound magical powers to survive what Square Enix calls a “thrilling, otherworldly adventure” as she attempts to make her way home from the beautiful – but cruel – land of Athia, where she’s been transported.

There’s still quite a bit we don’t know about Forspoken, but it certainly is a game that fantasy fans should be keeping an eye on, with magic at the forefront of combat and trailers showing a plethora of fantastical creatures we can expect to encounter.

Initially, we were meant to get our hands on the Saints Row in February, but now we have a few more months to wait before we can jump into the off-the-wall action we expect from Volition’s chaotic playground.

But this isn’t just another entry in the series, the new Saints Row is a reboot (though it seems to follow the blueprint of the original game very loosely). The first two games in the series started out as a far more serious and grounded take on gangland warfare, before Saints Row descended into fighting aliens, attacking people with phallic objects and other general absurdities. The new Saints Row looks like a blend of the two.

There’s still a lot to learn about the Saints Row reboot, but it’s certainly one for fans of the series – and complete newbies – to keep an eye on, especially if you’re looking for a more ridiculous alterative to GTA.

It might be hard to believe that Bethesda is releasing a new RPG outside of The Elder Scrolls and Fallout, but here we are. Described by director Todd Howard as “Skyrim in space”, Starfield looks to carry on Bethesda’s tradition of expansive action RPGs, this time building a brand new world among the stars (rather than the Khajiits)

Initially, we were just relieved it wasn’t another Skyrim rerelease. Starfield’s trailer, however – released at E3 2021 – shows that this really is something to be excited about. Exploration has always been a big theme in The Elder Scrolls and Fallout games, and Starfield looks to be taking that to another dimension. Quite literally. The trailer reveals an astronaut boarding his rocket, about to venture into the final frontier.

We don’t know a lot about the gameplay yet, but we’re praying for space battles. Either way, if it’s anything like Bethesda’s previous IPs, we’re in for ground-breaking stuff.

Breath of the Wild 2

We couldn’t leave out the game that won “Most Anticipated Nintendo Game” at E3 2021: the (currently untitled) sequel to 2017’s Breath of the Wild. The first installment was itself a huge event in gaming history, so it’s easy to see why everyone’s so impatient to get their hands on the follow-up. Only two trailers have been released since 2019, which is a tease for those of us desperate to return for a new adventure in Hyrule.

Breath of the Wild 2 (as we’re calling it) was announced in 2019, yet there’s still so little we know about it outside of the snippets we’ve gleaned from the trailers so far. We know that it’s a direct sequel, so it’s the same Link and Zelda from Breath of the Wild, and the same story is continuing. The two trailers have also revealed somewhat darker themes, enigmatically showing Link consumed by Malice, and (hopefully) Zelda as a playable character.

We also know that, according to the series director, Eiji Aonuma, the development team has been strongly influenced by Rockstar’s Red Dead Redemption 2 – we’ll leave you to speculate on that one (although we doubt there will be a lot of gunplay). However it turns out, though, we’re pretty sure that the sequel to one of the greatest Zelda games – and indeed, games – of all time, is something to look out for in 2022.