CyberiansTech
Home The Best Best RAM 2019: the top memory for your PC 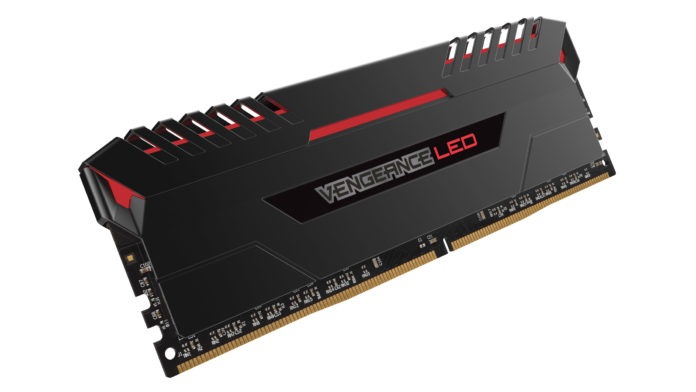 Do yourself a favour, and invest in the best RAM your budget can afford. If you don’t, even if you have an absolute beast of a computer, you’re still likely to run into some kind of slow down at some point.

Thanks to memory-hungry operating systems like Windows 10 or macOS Mojave – not to mention, demanding applications – having the best RAM is more important to your PC than ever before. If your desktop computer or laptop isn’t running quite as fast as it used to, it just may be time to go out and pick up the best RAM.

Before you head out and buy the first stick of RAM you run across, however, consider that there are many things to consider. There are many different capacities, speeds and even sizes of memory. And, if you’re not very familiar with the PC components scene, you may have a tough time finding the best RAM for your rig.

Lucky for you, we spend entirely too much time obsessing over PC components. To help you find the best RAM that fits your needs, we went ahead and gathered the best RAM kits on the market right now. Whether you’re looking for a quick and easy upgrade that’ll let you open more Chrome tabs, or you’re trying to run the best PC games, this best RAM list is for you.

Corsair is one of the most trusted names when it comes to the best RAM on the market. Its Vengeance series, especially, has something for everyone with its LED DDR4 offerings. On top of giving PC builders that extra touch of vibrant lighting, this RAM has robust heat spreaders that maximise cooling for higher overclocking and maximum performance. Corsair’s Vengeance LED DDR4 series also features CL16 latency and whopping 3,466 MHz speeds, so it’s just as fast and responsive as it is aesthetic.

At this point, everyone kind of knows about G. Skill and its Trident Z RGB series of RAM. This is some of the best RAM not just because it’s fast, but the top of every DIMM features a full-spectrum rainbow wave light bar that you can use to match your RGB lighting across your entire system. Trident Z RGB DDR4 RAM features CAS latencies between 14 and 19 which is awesome enough, but with speeds up to 4,266, it’s almost perfect. No matter your aesthetic, it’s hard to argue with the G. Skill TridentZ RGB as the best RGB RAM.

Kingston’s high-performance HyperX has some of the best DDR3 RAM on the market and the Predator models are particularly tuned for and extreme-performance that’s further expandable with XMP profiles. The Predator DDR3 series achieves CL9 to CL11 latencies and speeds between 1866MHz to 2666MHz.

This Kingston HyperX Fury is auto overclocked memory that won’t empty your wallet. This smart DDR3 or DDR4 RAM auto-detects system components to overclock to the highest speeds possible, optimizing performance for all of Intel’s latest chipsets. It comes with latencies between CL14 and CL16, and has speeds between 2,133 and 2,666MHz. While it’s inexpensive, it really can have a huge impact on the performance of your rig.

If you want the best of the best, and you don’t care about pricing, Corsair’s Dominator Platinum memory has always been at the top of the list. However, in 2019, it’s been refreshed to include Corsair’s new Capellix RGB LEDs, leading to a much richer and more colourful design. It’s the same high-end RAM we know and love, with speeds up to 3,600 MHz, but the better RGB make the Corsair Dominator Platinum RGB the best RAM around in 2019.

Sometimes, especially when you’re looking for the best gaming components, ‘go big or go home’ is the best advice. And, when you want more RAM than you’ll know what to do with, you’re going to want to go with the G.Skill Trident Z RGB DC memory. The DC stands for double capacity, as in,  32GB per stick. Now, this is definitely not the fastest memory in the world, right now it’s only available in up to 3,200 MHz, but if you need a lot of RAM without taking up too many DIMM slots (like if you have a big CPU cooler or a Mini-ITX board), you can’t go wrong with the G.Skill TridentZ RGB DC.

If you’re building an all-out gaming rig, you’ll want the flashiest hardware on offer – who doesn’t want a gaming rig that lights up the entire room? If this sounds appealing, the Adata Spectrix D80 is the RAM to go for. Not only is it available in frequencies up to 5,000MHz, but it’s also liquid-cooled, meaning you don’t have to worry about it overheating. The Adata Spectrix D80 is going to be the best RAM for gaming in an RGB-lit cavern.

Finding RAM that fits in perfectly with your lit up gaming rig is easy with HyperX. In fact, their HyperX Fury RGB memory gets our vote as the best RGB RAM on the market right now, and that goes beyond its dynamic RGB lighting that’s an absolute stunner. And, with speeds of up to 3,466MHz with CL15 and CL16 timings, it’s just as fast as it is beautiful. For an even more immersive gaming experience, you can daisy chain this RAM to sync with multiple other RGB devices. This is some of the best RAM to invest in right now, especially if you’re an RGB fiend.

Corsair’s Vengeance LPX RAM is made for users who want the maximum performance with minimum footprint. This low-profile RAM is essential for PC builds with massive CPU coolers. Despite being so low-profile, they still feature an eight-layer heat spreader to cool while overclocking. While its thin design doesn’t allow for LEDs, but you can get it in three colours: black, red or blue.

G.Skill isn’t just dedicated to laptop and desktop RAM, but it also has memory upgrades for Macs. You see, Apple charges inordinate amounts for RAM upgrades, so going with a third party kit can save a ton of money. Well, as long as your Mac is old enough to still have upgradeable RAM. These SO-DIMM kits have a CAS latency between 9 and 11 and feature speeds between 1,333MHz and 1,600MHz. The best bang for your buck seems to be the G.Skill DDR3-1,333 for Mac.

Crucial is by far the best RAM for laptop systems. This manufacturer has designed its Crucial Ballistix Sport SODIMMs for efficient battery life while still delivering fast speeds for multi-tasking. It’s ideal for anyone wanting to speed up the best laptops, and this memory likely offers higher memory speed than anything coming stock in your laptop. Just make sure your laptop actually lets you upgrade the RAM – repairability is falling out of fashion these days.