In this guide to the best secure drives of 2019, we look at the top data storage devices that will allow you carry private data around with you, safe in the knowledge that if the device itself becomes compromised, your data will remain safe.

Whenever you carry important data around with you on a USB stick or external hard drive, you’re running the risk of other people getting hold of it, either through physically stealing the drives, or leaving it somewhere public.

Picking the best secure drives for your needs can be tricky, and there are a lot of devices out there that make big promises – but fail to deliver. On this page, we previously mentioned the eyeDisk, which was a crowdfunded device that promised to be unhackable. Unfortunately, it seems that’s not the case, and we’ve removed it.

The best secure drives will use either software or hardware encryption (or best of all, a combination of both), to stop other people accessing and viewing your data. Many of the best secure drives on this list will have ways to prevent access, such as a physical keypad, and will also come with rugged, tamper-proof, cases that can further protect your files. 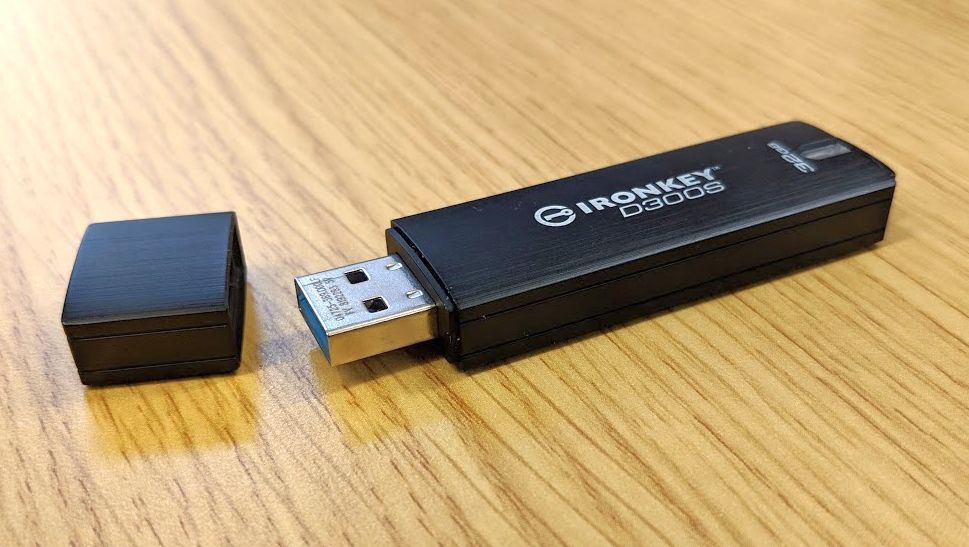 The D300S was announced by Kingston and is an updated version of the D300, launched in 2016, with the suffix S standing for Serialised. It appears to be a standard USB drive, but with a more robust design. However, it’s the price that really stands out. There is a reason why the D300S carries such a premium according to Kingston.

The drive uses custom hardware for encryption (FIPS 140-2 Level 3 256-bit) and decryption which eliminates vulnerabilities associated with any process done on the host system. That chip and the rest of the hardware is sealed in a tamper evident epoxy material that hardened when it dried. It’s also waterproof up to 120cm, and can survive knocks and drops as well 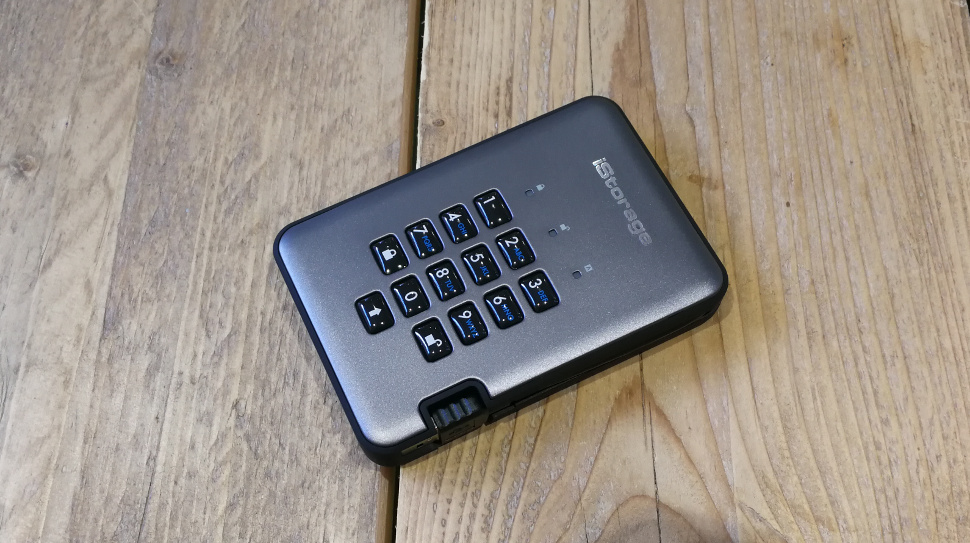 diskAshur’s products are some of the best secure drives on the market, and the diskAshur Pro is the company’s best external hard drive yet. The key selling point of the diskAshur Pro is its physical keypad that will only grant access to the data stored within upon entering a PIN number. Asides from the physical security (which extends to IP56 water and dust resistance and even a self-destruct feature), the diskAshur Pro also comes with some enviable encryption, sporting XTS-AES 256-bit real-time full disk hardware encryption and EDGE technology to offer even more levels of safety.

If you need to have small amounts of sensitive data being carried around, then the 3NX could well be a life saver. It brings advanced data protection features to a mainstream market thanks to its attractive low price ($59 for the 2GB/4GB model) and $189 for the 128GB one. What you do get is some military grade, enterprise-level features like FIPS 140-2 level 3, real time hardware-based encryption, a platform-agnostic setup and a rugged extruded aluminum enclosure. The data is encrypted using an onboard 10-digit keypad and is powered by an onboard battery. 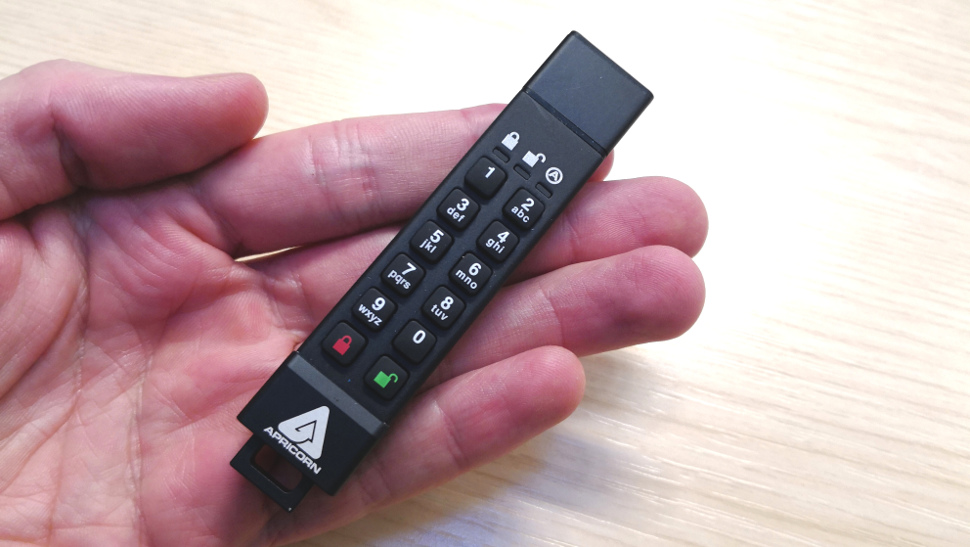 The ultra-rugged Aegis Secure Key 3Z is designed to keep the data safe for people who regularly work outdoors or on the road, with a rubber exterior, which is IP58 protective against dust and water, safeguards a rugged aluminium build inside and out, meaning that there is no easy way to break into this device. Meanwhile, it also features a physical keypad for keeping your data safe and secure. It’s pricey, but well worth the investment. 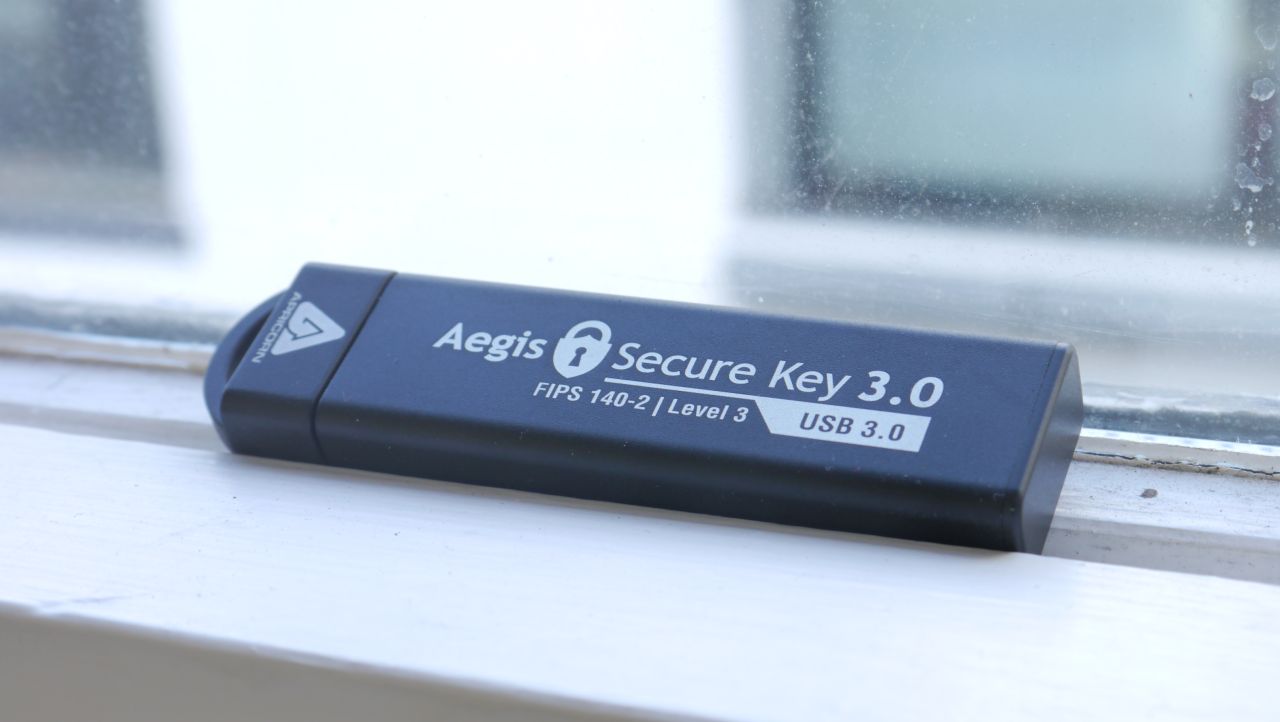 The Apricorn Aegis Secure Key comes with a full 10-key alphanumeric keypad with two function keys plus three status lights. It then slots into a hardened epoxy-potted rugged aluminum enclosure which makes it dust and waterproof; the device is also certified IP-58 and at 46g and 93mm long.

It also features built-in hardware encryption (256-bit AES) which means that it is totally independent from the host client and OS-agnostic. No keyloggers and no BadUSB vulnerability. The Aegis Secure Key has received a FIPS 140-2 level 3 accreditation from NIST, the US-based National Institute of Standards and Technology, which oversees US government IT and computer security, which means this is one of the most secure drives you can buy. 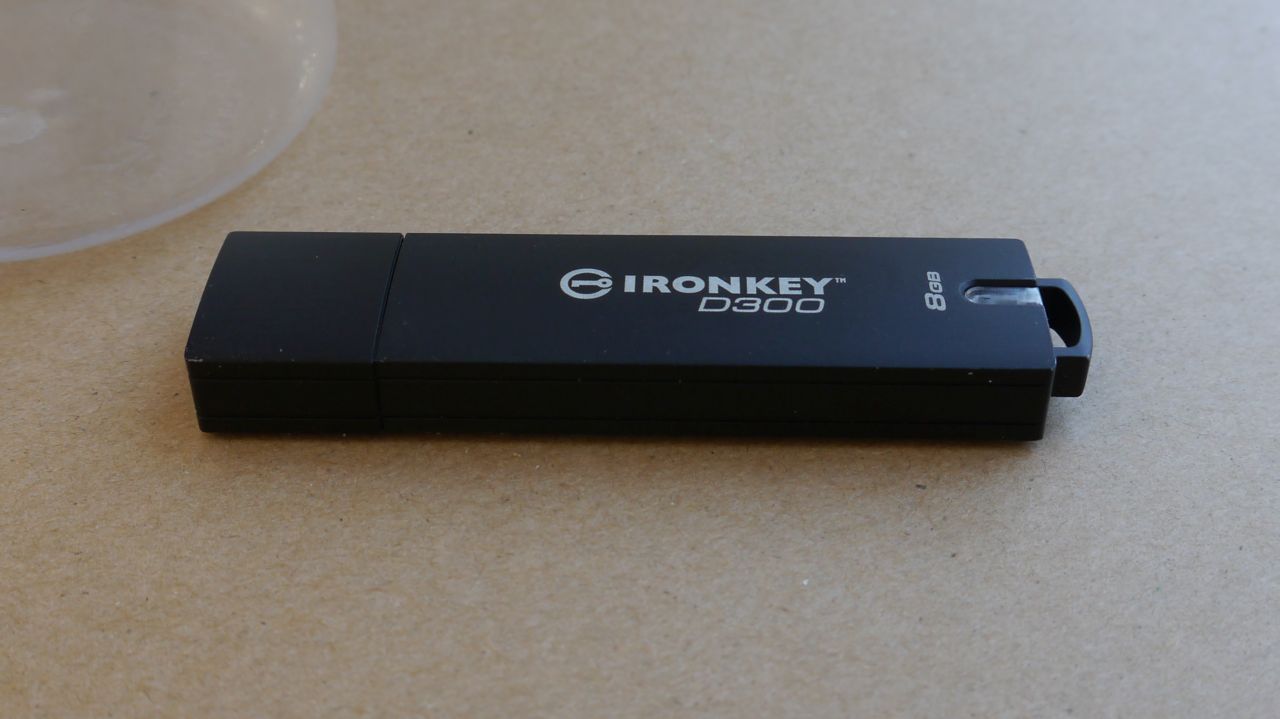 The Kingston Ironkey D300 (IKD300/8GB) comes with software security that can make it a bit complicated and confusing to begin with (it will initially show up on your PC as a CD drive with 14.4MB capacity), but once you’ve configured it, which includes setting a password, you’ll have a very secure drive. With its cap on, it is waterproof (up to 4ft) and dustproof and at 51g, feels solid.

More importantly, though, the more compelling protection happens inside the device itself. It is a FIPS 140-2 Level 3 certified device with 256-bit AES hardware encryption. There is a hardware cryptographic module inside the device itself which means that the encryption and decryption are done on the drive rather than on the host PC, with digitally signed firmware which makes the D300 immune to the notorious BadUSB exploit.