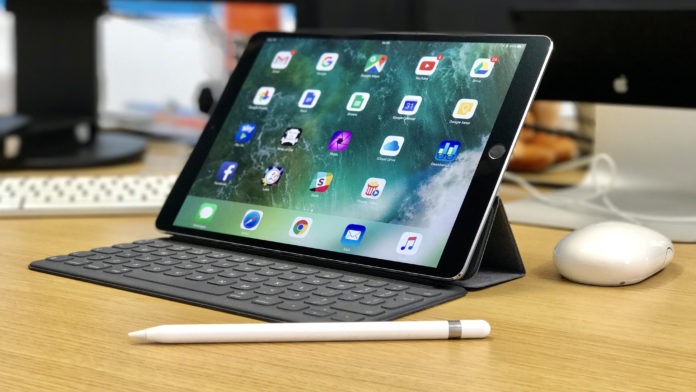 If you’re looking for the best tablet you can buy in 2019, you’ve come to the right place. We’ve tested, reviewed, then listed the top 10 tablets you can buy right now, to help you decide on your next slate of choice.

Picking the best tablet is a complicated job as a good slate acts as a powerful laptop replacement for work, entertainment, and communication, all while remaining easy to carry around.

We’ve looked at all the factors we think you’ll be interested in such as how great its display is, how long it lasts in terms of battery life, how fast it is to use, and if it supports a reliable keyboard.

Best tablets at a glance:

The iPad Pro 11 is the best tablet you can buy today. It’s expensive for sure, but it’s Apple’s most powerful tablet and furthers the 2-in-1 design ethos if you spring for the keyboard cover folio.

It has a laptop-like experience in design and performance, and the new Apple Pencil magnetically clips onto the frame of the new iPad Pro. With superb speakers and a great new screen-to-body ratio, it’s hard not to fall in love with the finely crafted hardware design.

However, there are setbacks for the iPad Pro 11 that you should be aware of. iPadOS is better than previous versions of Apple’s tablet software when you’re trying to multitask and perform laptop-like tasks, but it is far from perfect.

Another strictly mobile challenge: it doesn’t have a headphone jack. If you want the standard 3.5mm jack in a computer-like device, you’ll want to spring for an actual computer or some other tablets.

Everything about the iPad Pro 11 makes it the best tablet experience if you’re looking for an Apple-made slate – you’ll just need to swallow the high price and keep in mind that it’s not a true laptop replacement.

The iPad Pro 12.9 (2018) isn’t the very best tablet but it’s not far off with its huge 12.9-inch screen. We haven’t ranked it in the top spot mostly down to its extraordinarily high price.

Its like a giant digital canvas that fills your needs whether you need a personal workstation, easel, portable cinema, book-shaped loudspeaker, music mixing desk, or a range of other functions.

However, it’s also extremely expensive, and doesn’t feel like such a step up from the iPad Pro 11 (2018) as its higher price would suggest.

With it’s unrivaled processing power, massive display, snappy operating system, and the fact you can use it with the Apple Pencil and Smart Keyboard, it’s definitely a tablet you should consider if you’ve got money to burn – but you can do better if you’re on a budget.

For the average person, the iPad 10.2 is arguably the best choice for a tablet right now. It may not be the most powerful tablet on sale, but it’s incredible value.

The iPad 10.2 replaces the very similar iPad 9.7 (2018) that featured a slightly smaller display – you can probably work that out from the names – but sports relatively similar spec for an affordable price. This isn’t as high-tech as the iPad Pro models above, but it’s still a remarkably useful tablet.

It comes with iPadOS right out of the box giving you all the latest features you’d expect from a tablet, plus it works with Apple Pencil and there’s a Smart Keyboard you can also use to make this a productivity device.

It also has the same luxurious metal unibody as the rest of Apple’s iPad range, though notably it’s ever-so-slightly thicker than the other models of the tablet range at 7.5mm.

Battery life on this iPad is strong, it doesn’t cost as much as a lot of other products in this list and it comes with a capable chipset powering it too. It’s hard to go wrong if you’re looking for an everyday tablet that doesn’t have to sport the very best power and features.

If you’re looking for a good compromise between Apple’s new Pro tablets and the base iPad 10.2, this is it. It’s compatible with Apple’s excellent Smart Keyboard Cover and priced right for students looking to take notes on a powerful laptop.

It does have Apple Pencil compatibility like all of Apple’s newer tablets, but it’s not the best tablet for artists.

The Pro versions support Apple Pencil Gen 2 with extra gesture features and magnetic charging. This iPad Pro 10.5 sticks with the older Gen 1 Pencil and has just two speakers instead of four. But everyone should be fine with the fast A12 chipset.

Apple doesn’t have a foldable phone, but if it did it might look something like the iPad mini 2019 when unfolded. It hasn’t really changed since the last version almost four years ago, but it doesn’t need to: we love the small size.

You can flip open the smart cover, scribble some notes, and toss it in a bag without too much worry.

Yes, the design is a little dated and there are thick bezels outlining this screen, but the price is right for a portable tablet with a lot of power. You really shouldn’t consider buying any other small tablet on the market (notice: it’s the only one on our best tablet list).

The Samsung Galaxy Tab S6 is the best Android tablet available now – it’s the newest slate from Samsung’s Tab S line, and it comes with all the cutting-edge features you’d expect for such a premium device.

There are two rear cameras, which is impressive for a tablet, as well as a high-end processor and best-in-class AMOLED display, so it’s a useful piece of kit. It also comes with an S Pen stylus for notes, doodles or sketches, and you can buy a smart keyboard for a laptop-like experience.

There are a few issues with the Galaxy Tab S6, like the lack of a headphone jack and an iffy user interface, but if you’re looking for the best tablet and don’t want an iPad, this is your best bet.

The iPad Pro 10.5-inch is one of the best tablets for anyone who wants a serious upgrade, even though the cheaper iPad 10.2 remains good enough for most people.

Apple’s iPad Pro 10.5 has standout features that give it a productivity boost, including Apple Pencil and Smart Keyboard compatibility. With iPadOS on board this tablet is even a suitable laptop replacement for certain consumers.

The new ProMotion screen adds an impressive layer of fluidity to daily use and the smaller bezels means you’re getting far more display in a footprint not much bigger than the iPad Pro 9.7.

It’s an iPad for the professionals – but also one that media munchers will adore using.

Can a tablet really replace your laptop or home PC? That’s still up for debate, but the best tablet trying to make that happen is the Microsoft Surface Pro. We’re surprised Microsoft has refrained from calling this the Surface Pro 5, as it’s a big upgrade on the 4 – although it is rather expensive, like many tablets in this list.

It does a fine job with the full blown version of Windows 10, an integrated kickstand and optional keyboard attachment.

Great for for creative professionals, students and everyday folks alike, this is a top choice and one of the best Windows laptops we’ve reviewe.

The Samsung Galaxy Tab S4 is an upgrade over the Galaxy Tab S3 with an expanded 10.5-inch screen size and longer battery life, but it comes at a higher price and with a lofty promise to do so much more.

We really like the idea behind Samsung Dex for its desktop interface, but it’s non-touch-friendly UI, performance issues, and questionable optional keyboard case prevent it from being a true desktop replacement.

If you’re looking for a premium Android tablet the Galaxy Tab S4 used to top the billing, but it promises more than that and just doesn’t deliver on everything. Don’t get us wrong, the Tab S4 is indeed better than the Tab S3 and it’s dropped in price since launch, but it’s not the most premium Android tablet, with the Tab S6 higher in this ranking

The Asus ZenPad 3S 10 isn’t the most high spec tablet you can buy, but it’s remarkably good for the price and that’s a low price compared to a lot of other products you’ve read about on this list.

The super bright and beautiful display on the front of the device is one of the best you’ll find on an Android tablet, and it costs a lot less than the two Samsung devices you’ve read about above.

Don’t go for this if you’re looking for top-end spec, but it’s an option if you don’t want to spend much and you want a slate just to play around with a few apps and watch videos.

As with today’s best phones, applications play a big role on tablets – once you’ve decided which of these tablets is right for you, check out our top app lists so you can get your fill of Temple Run, update your friends on Facebook and read the latest news, all on a bigger screen.