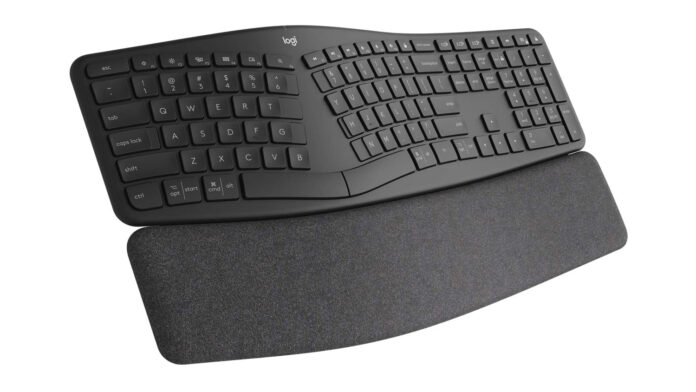 With one of the best ergonomic keyboards at your disposal, you no longer have to dread all-day or all-night typing sessions. The best keyboards are among the most comfortable keyboards we’ve ever tested, but they still don’t quite measure up to these offerings in terms of ensuring that you won’t eventually suffer from chronic wrist, arm or shoulder pain from long-term use.

That’s because instead of simply using the usual rectangular keyboard form, the best ergonomic keyboards are shaped in such a way that they keep ulnar deviation, forearm pronation, and repetitive strain injuries well at bay – whether that means they’re domed at the center or they come in a split design in which both pieces can stand in tent mode. In other words, they’re shaped so that your hands and wrists are not only resting at their most natural positions and angles, but also well supported.

As a result, the best ergonomic keyboards protect your upper appendages and help you push through long work or gaming sessions. Don’t get us wrong; we love our favorite productivity and gaming keyboards and we wouldn’t trade them for the world. However, we love our wrists and arms more, and we’d gladly switch over to one of these keyboards when necessary. You should too. Here are our top picks.

There’s a lot to love about Logitech’s Ergo K860 keyboard. Its PerfectStroke keys are comfortable to use. It’s got 12 programmable keys and four different connectivity options that let you connect up to four devices all at once. And, it’s got an impressive 33-foot wireless range.

Its impressive list of features aside, however, this split domed keyboard boasts ultimate comfort and support for those who are prone to wrist, arm and shoulder pain. Its double layer foam wrist rest delivers maximum support while its curved key design encourages your hands and wrist to stay in a more natural form, minimizing strain and also promoting better posture. It’s not the cheapest, but between being rich in features and being better for your upper body, it’s actually a fantastic value. You can’t, after all, put a price on your health.

It’s not surprising, with Microsoft’s track record for making great peripherals, that the company has also rolled out one of the best ergonomic keyboards out there. Microsoft Sculpt has been around for ages as well, making it all the more impressive that it still holds up years later.

Boasting wireless connectivity, a cushioned palm rest, and a form factor that rotates your wrists outward so as to prevent ulnar compression, there’s definitely a lot to love here, even if it’s really only best for Windows users (naturally). There’s also a separate numeric pad for when you need to crunch numbers, easily stowed away when you don’t. And, unlike the Logitech Ergo K860, it’s affordable to most people.

Cherry is another company known for its peripherals, and it’s recently launched the Cherry KC 4500 Ergo, adding yet another impressive (if perhaps, plain-looking) keyboard to its portfolio. And, it’s even cheaper than the crowd-favorite Microsoft Sculpt, which is why it’s earned the best budget ergonomic keyboard title.

Being affordable, this doesn’t have a lot of bells and whistles on. However, it does make up for that fact by offering all the basic features you could ever want in an ergonomic keyboard. The split curved design is there, as is the extra soft wrist rest. For added support, there are three extra feet that allow you to raise the front of the keyboard. Better yet, you can not only reprogram some keys but also record macros so you can shave off many precious minutes when performing heavier workloads.

Just because you’re traveling doesn’t mean you should risk repetitive strain injury. These days, in fact, it’s no longer an excuse with the Goldtouch GTP-0044W Go!2 Bluetooth keyboard making it possible for remote workers to travel, work, and stay comfortable.

This split foldable ergonomic keyboard comes with a simple yet ingenious set of latches and locks that let you set it to the angle that feels most comfortable for you. There are at least eight different tent and split positions to choose from. And, while it is portable, it hardly scrimps on the basics like comfortable keys with a satisfying bounce and reliable wireless connectivity. Just bear in mind that you won’t be getting a wrist rest and will have to pay a pretty penny for the entry fee.

The ErgoDox EZ split layout isn’t exactly new. Many ergonomic keyboards have adopted such designs. Yet, this one has found several ways to stand out from the crowd, making it among the best ergonomic keyboards out there for folks looking for something feature-rich.

It boasts linear columns of keys, which are meant to reduce finger travel and fatigue. It boasts dual-function and multiple-layer keys. It comes with a custom tilt/tent kit so you can find an angle or position that’s most comfortable and stick with it, as well as custom-molded Wing wrist rests that you can position as close or as far to the keyboard as you need them. And, the whole thing is customizable so you’ll get exactly what you want. Its unique design does take a bit of getting used to, but when you do, you’ll never look back.