You’d be forgiven for thinking Bluetooth earphones – what we commonly refer to as wireless earbuds – aren’t as good as wired ones. That’s because, back in the day, Bluetooth wasn’t a great way to listen to your favorite music. Basically, wireless earbuds sounded worse, had connection issues and became known for having short battery lives.

Luckily, times have changed. Thanks to improvements in wireless transmission standards, such as aptX and innovations in battery technology, Bluetooth earbuds are quickly becoming the most popular way to listen to music, and many of the best earbuds feature wireless connectivity.

When it comes to wireless earphones the big question is: which brands have emerged as the best when it comes to big Bluetooth improvements and the future of audio innovation?

Audio companies like Jaybird, Plantronics, Nuforce, RHA and Jabra all are great options, as they’ve all committed plenty of times and money to improve audio quality without sacrificing battery life – and there are some good options from Sony, Apple and Google too.

Wireless earbuds – the focus of this guide – have existed for a while now, basically since Bluetooth was invented. Though battery-powered and not physically connected to your phone, they have a cord connecting both buds – and sometimes a band around the neck too.

True wireless earbuds have no cord whatsoever. While wireless allows us to wear headphones a few feet away from our music players, True Wireless cuts the cord between the earbuds, giving us true freedom. If you’re looking to go full wireless, we also have a round-up of the best true wireless headphones.

The NuForce BE Sport4 wireless earbuds are that rare find: earbuds that are good for basically all situations, whether you’re looking to take them out on a run or just wear them around town. They’re ideal for exercise, although any urbanite will also find their lightweight functionality and impressive sound isolation highly appealing. If you want proof that wireless headphones can now compete with the best of them, look no further.

While they’re not the kind of earbuds you’d want to bring with you to the gym, the RHA MA390 Wireless is the perfect companion for anyone looking for a home listening pair of wireless earbuds. The headphones are built extremely well, have a fun sound signature, and come at an affordable price.

Its main rival, the OnePlus Bullets Wireless, is also excellent, however, we give the nod to the RHA MA390 for its more dynamic sound and better build quality.

OnePlus is most known for its “flagship killer” phones like the OnePlus 6, but the company also makes headphones – the best example of which are the company’s excellent Bullets Wireless that offers incredible value in the neck-bud headphone category. They probably shouldn’t be your first choice in workout ‘buds or your first choice for better-sounding audio, but if you need cheap wireless earbuds, these are the ones to buy.

The Jaybird Tarah Pro headphones are wireless sport headphones for the endurance runners, athletes and fitness nuts out there. With a neck cable to keep the earbuds together, they aren’t quite ‘true wireless’, but will be practical for those concerned about dropping and losing a costly earbud in the heat of a race or training session.

As the first in Jaybird’s new ‘Pro’ range of earbuds and aimed at offering higher quality audio and materials, the Tarah Pro will suit anyone not willing to sacrifice audio quality in harsher outdoor conditions or indoor workouts and who don’t mind spending a bit more to get a premium product.

Beats haven’t always gotten the best rap when it comes to audio performance, but the Beats X is trying to set the record straight. The Beats X hence make up for their slightly bassy, confined sound with a rock-solid connection and a pairing process that, on iOS devices at least, is as painless as it’s possible to be. If you’re shopping for a no-fuss pair of earbuds that charge in 5 minutes, work well with iOS and don’t mind spending a little extra money on them, the Beats X is for you.

Life is full of compromises, and it’s no different with the Bose QuietControl 30. On the positive side, you get a level of noise cancellation that comes close to what’s offered by the brand’s over-ear headphones, but the concession here is on sound fidelity, which just isn’t on the same level as that of other in-ear or over-ear headphones we’ve tested.

There’s also that neckband which adds an unfortunate level of bulk to what should otherwise be a slimline pair of headphones.

Or, cut the cord with these true wireless models 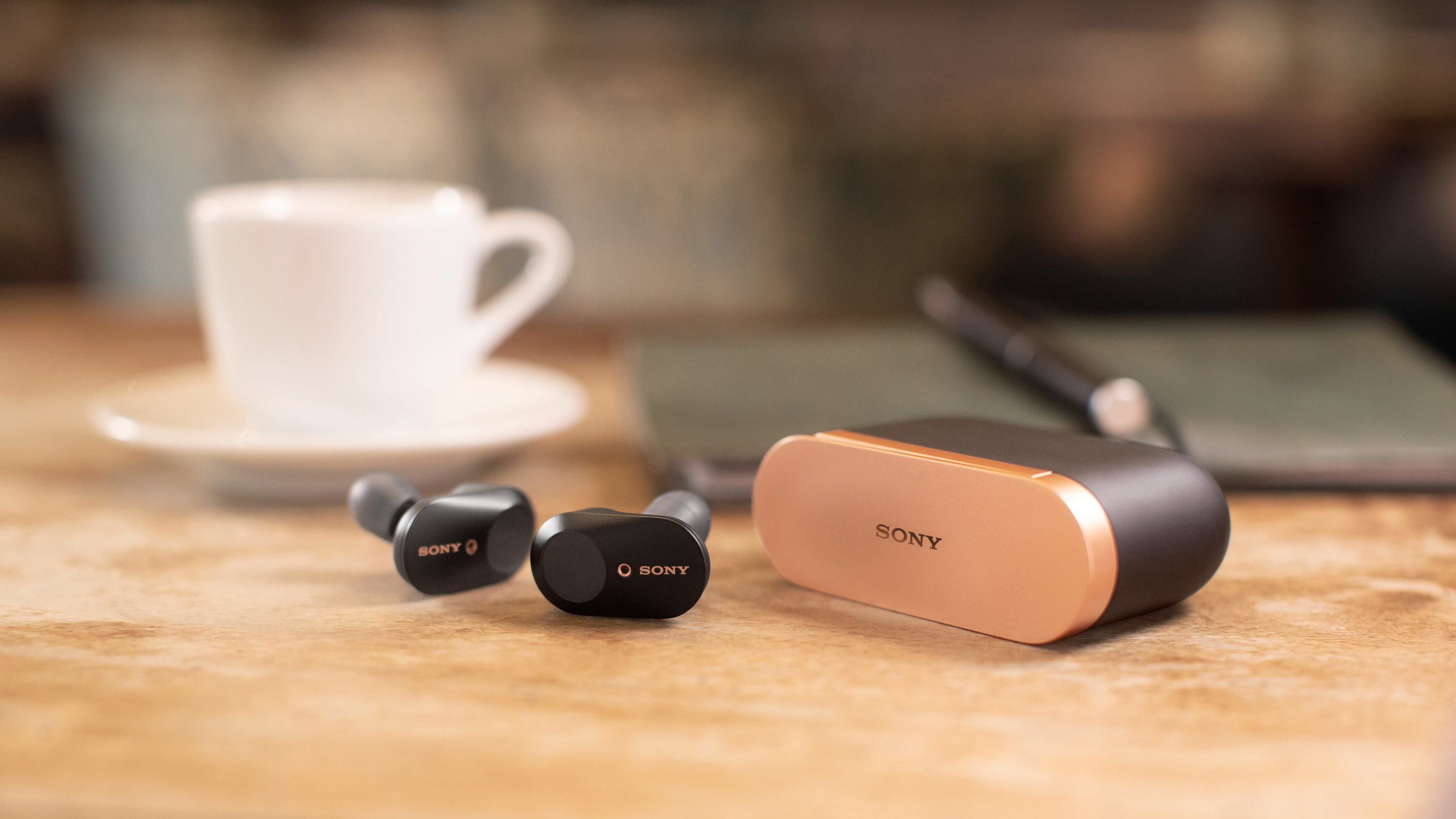 Considering it’s still rare to get noise-cancellation in wired earbuds at all, the fact that Sony has managed to pack it into a pair that are not only wireless, but true wireless is very impressive indeed.

The Sony WF-1000X manage to offer a level of noise-cancellation that’s very good for a pair of earbuds – it won’t offer the same isolation as a pair of over-ear cans, but if you’re after a sleek form factor then the compromise is well worth it.

There may be a few minor problems with these wireless earbuds, but we think Sony has knocked the ball out of the park with the WF-1000XM3; not only are these hands down the best-looking True Wireless headphones out there, but they combine serious noise-cancelling tech with fist-pumping musicality. 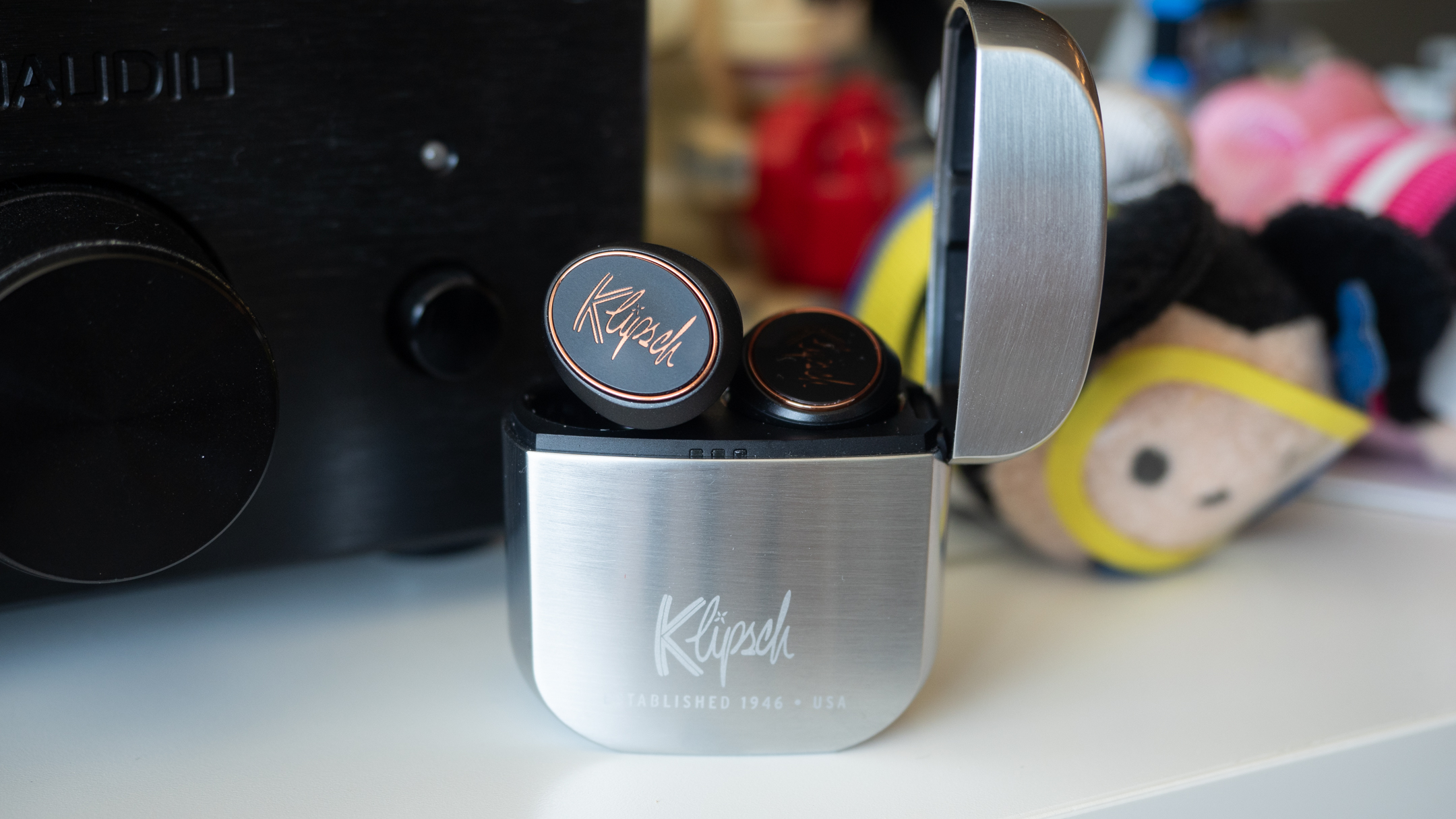 With their stellar sound and build quality, long-lasting battery life and what may be one of the coolest cases we’ve ever seen, we’d argue that the Klipsch T5s are of the best models on the market right now.

Of course, you’re buying a Klipsch product because it features the signature Klipsch sound, which is warm, detailed, and never harsh. Acoustic music is lush and detailed, and the detail extends to the highs as well, allowing the headphones to sing in the higher registers without ever being sibilant.

Battery life is rated at 8 hours per charge with the case giving an additional 24 hours – that means these true wireless in-ear headphones will last you for a long haul flight, no problem.

The Jabra Elite 65t set the standard for what true wireless headphones should be and, regardless of what RHA has done here with the TrueConnect, they’re still great headphones. Compared to the RHA TrueConnect, the Jabra has more features with its useful ambient noise mode to help with situational awareness and an app that lets you tailor the sound.

The RHA doesn’t have either of those features but we didn’t miss them, thanks to better sound quality and wireless reliability. The RHA also feels more like a premium product than the all-plastic Jabra.

All said, if you’re shopping for a pair of true wireless headphones, the $170 (£150, about AU$265) RHA TrueConnect should be at the very top of your list.

If you want a pair of high quality truly wireless earbuds that aren’t the Apple AirPods, then the Jabra Elite 65t should be at the top of your list.

After spending over a month with them, we came away impressed with the well-rounded package that Jabra managed to create: The earbuds offer a subtle, mature look and a reliable wireless connection, which isn’t always the case with truly wireless earbuds. Plus, they sound great compared to the competition.

If you want an alternative for the RHA TrueConnect, go for the Elite 65t.

The new PowerBeats Pro true wireless Beats headphones aren’t exactly the earbuds analysts have been predicting, sure, but they are something special – they’re supremely comfortable, sound decent and seem to never, ever fall out.

That said, they are – in our opinion – Apple’s best true wireless earbuds to date thanks to small additions like the pressure-reducing micro-laser barometric venting hole, their long battery life and their superior sound quality. If we had to choose between wearing these and the AirPods around the house or office, these are what we’d wear.

It feels as though Samsung has finally got it right with the Galaxy Buds, and they represent serious competition for the Apple AirPods in terms of design, sound, and ease of use. We loved the pearlescent effect on the buds outer housing and the sleek design of the case, and we found they felt comfortable and secure.

The sound quality offered by these true wireless buds is also very good indeed, with deep bass, and a wide-open soundstage. The downside here is that other features that are available on the app like ambient noise and the equalizer presets are useful to have, but didn’t always work as effectively as we hoped. Worse, these features are also pretty much out of bounds for iOS users, as you can only download the app on devices running Android 5.0 or later.

That said, if you have a Samsung phone, the Galaxy Buds are a fantastic pair of truly wireless earbuds, with a few quality-of-life features that make them stand up confidently the competition. If not, you may miss out on these additional features but the high sound quality, comfortable fit, and attractive design mean that these buds could be a smart purchase, even for the iOS crowd.

The second-generation Apple AirPods, the AirPods (2019), aren’t quite the AirPods 2 we were hoping for – they still feature the iconic design of the original AirPods (a good or bad thing depending on your point of view), and sound quality hasn’t changed at all. The bulk of the upgrade comes from the new H1 headphone chip, which improves connectivity and battery life, and allows for a new ‘Hey Siri’ voice activation feature.

The big difference is that the AirPods (2019) also come with an optional wireless charging case means you can use a Qi-compatible charging mat to power the case, rather than sticking a cable into the Lightning charging port in the bottom of the case. Like their predecessors, they are super easy to pair, but they are very much optimized for using with iPhones – and they aren’t exactly cheap.