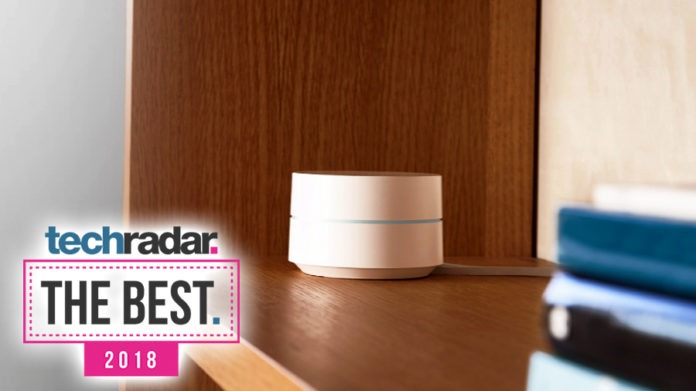 Best wireless routers 2019: the best routers for your home network

Despite what most people think, having one of the best wireless routers in your home is actually crucial. Whether you’re using your WiFi connection for work, gaming or simply connecting with friends and streaming videos, our computer lives exist practically entirely online and utilizing a less than the stellar router can really hold you back.

You don’t want to put up with constant buffering when you’re watching your favourite shows on Netflix, or to not be at your full potential when playing the best PC games. While your instinct might be to call up your internet provider or upgrade your service, think about picking up one of the best wireless routers instead. After all, having a fast internet service won’t matter if your wireless router can’t keep up.

You’ll want to get one of the best wireless routers you can afford. However, that might mean different things to different people. The best router might look like the most cutting edge wireless mesh router boosting the signal into every corner of the house or it may look like an epic gaming router providing the signal. It might even mean one touting the upcoming Wi-Fi 6 capabilities that may make this list in the near future.

So, if you’re shopping around for one of the best wireless routers on the market right now, you should keep a couple of things in mind. MU-MIMO is a must for anyone with multiple devices, and considering that most homes will have several people with several devices, that’s probably everyone in the market for the best wireless routers. Check out the speed rating of the router as well – a rated speed of AC1900 should cover all your bases.

The days of traditional wireless routers are almost over, and the age of the wireless mesh routers is upon us. Google Wifi, alone, is proof that the mesh revolution is coming, so you can finally say goodbye to the days when the only way to have wireless freedom was to install a number of wireless extenders. The idea of Google Wifi is simple – purchase a set of points, put them in strategic places around your house and then simply scan a QR code. And, just like that, you’re all set. It’s no wonder that this wireless mesh router tops our best routers list of 2019, as it’s also the one that’s simplest to set up and get going.

If you’re familiar with Asus, especially its gaming devices, then you most likely have a good idea of what’s in store with the Asus RT-AC86U. This wireless router may look like the lovechild of Doritos and Mountain Dew, if they spent a night together in a router making machine. However, inside that kitschy gaming look is a piece of hardware that, for its price, easily outclasses practically all the wireless routers on the market. You’re also not paying a premium here for a gaming device, so if you’re in the market for a high-speed connection with a reasonable price tag, the Asus RT-AC86U is your best bet.

When the Netgear Orbi hit the streets, it changed the wireless router scene. Then, in 2019, Netgear released the Netgear Orbi AC2200 RBK23, an economical alternative for casual users who don’t have a grand manor to cover. This makes it a worthy contender for the best wireless routers. Sure, it comes with fewer antennae and ethernet ports than its higher end counterpart. However, it does deliver more than enough to provide very solid network coverage. Plus, the small form factor means that it will have no issues blending in­ – not that you will feel the need to hide it.

Now that smart homes are quickly becoming standard, more and more folks require wireless routers that also function as smart home hubs. This doesn’t only make things a lot more convenient, but it also lessens all the clutter created by having several routers, modems and hubs strewn around your house. The Samsung Connect Home isn’t the most feature-rich wireless router out there today, but it can positively hold its own against the Google Wi-Fi, while also fitting in the SmartThings hub. It’s still obviously one of the best wireless routers – especially if your home has a number of smart devices.

Are you in the market for one of the best wireless routers of 2019 and don’t mind a quirky design. If a ‘90s-inspired sci-fi design sounds like it will fit right in your home, then the TP-Link Archer C5400 v2 might be the best wireless router for you. It’s not exactly the most modern-looking mesh router out there, but it’s unique in that it can bridge consumer and enterprise users by offering high-end functionality at a reasonable price point and with a relaxed setup. It’s peculiar looking, yes; however, if you’re scouring the market for a wireless router that can cover a mid-sized home, you can’t go wrong with this.

If you need to bring your office’s networking into the modern age with one of the best routers of 2019, then you must seriously consider getting the Netgear Orbi Pro. It’s a modular Wi-Fi mesh router that takes some design and performance inspiration from its business-grade competitors. It’s on the more expensive side. However, if you’re running a business where you cannot afford any lags due to poor Wi-Fi, then it’s absolutely worth every penny.

The market is now flooded with wireless mesh routers, but it’s hard to complain when the level of coverage these wireless routers brings tops anything we’ve seen before. With devices like the TP-Link Deco M9, one of the best routers of 2019, we can see how they’re only getting better and better. By incorporating IoT smart home support, alongside industry standard speeds and coverage, the TP-Link Deco M9 is, without question, an excellent choice for a smart home supporter. Fair warning though, this router is a tad expensive. However, you’re also getting all these features and an outstanding performance in exchange.

Ready to jump on the mesh wireless router bandwagon, but without having to break that piggy bank? You’re in luck with the affordable D-Link Covr C1203. It’s one of the best wireless routers, if you want to upgrade and save at the same time. It offers comparable coverage to that of the Google Wifi while also being affordable, and it also looks futuristic in a great way. It’s somewhat slower than Google’s legendary router, but it will still be fast enough for the typical user. It’s no surprise that the D-Link Covr C1203 gets our vote as one of the best wireless routers of 2019.

If you’re in the market for a wireless mesh router that gives you a lot of control over your network, then the Eero Home Wi-Fi system might just be the answer. It has a price more premium than that of your standard router, but it also gives users total control over their network while touting a secure connection through AI. Even better, the Eero Home Wi-Fi System comes with subscriptions to 1Password, MalwareBytes and Encrypt.me VPN, which should keep everyone linked to your network safe and secure.

The Amplifi HD is one of the most expensive wireless routers on the list. However, due to its clean, contemporary aesthetic, it’s found a loyal audience without a problem. While design isn’t exactly at the top of everyone’s priorities when choosing the best wireless router for them, it does help encourage users to install and show them off it in central locations that will help boost the router’s signal. This wireless router boasts a brilliant performance and a smart design to match, as long as you’re willing to shell out a bit more.