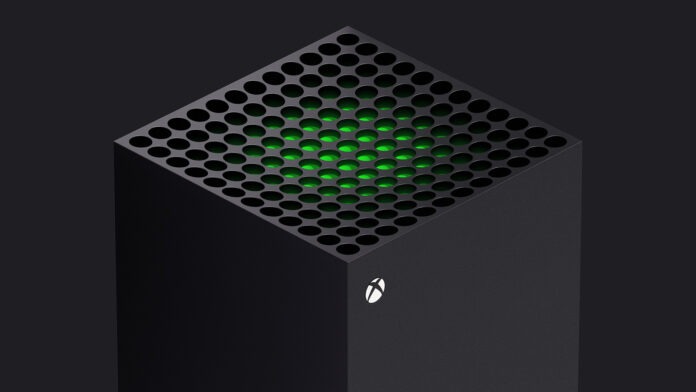 On the hunt for some brilliant Cyber Monday Xbox deals? Then you’re in luck, as we’re here to highlight the best discounts on Xbox Series X/S consoles, games and accessories we’re seeing right now as part of Cyber Monday deals.

We’ll also be sharing any Xbox Series X restock updates and announcements live as they happen.

We’ll warn you now, getting your hands on an Xbox Series X console in the US right now isn’t exactly easy, with stock remaining limited. However, we are seeing some Series X stock in the UK.

We’ll do our best to help you grab Microsoft’s coveted flagship console but, if you can’t find an Xbox Series X, then it’s worth considering picking up an Xbox Series S instead, as these are much easier to get hands on currently.

If you happen to be one of the lucky ones who already have a new Xbox, then we’ll help you find discounts on some of the best Xbox Series X games and Xbox accessories – of which there are plenty.

So get comfy, as we’re going to spend the next few days finding all the best Xbox deals for you – be sure to bookmark this page or leave it auto-refreshing to ensure you see all the latest Xbox Series X/S deals.

Looking for the perfect Christmas present for the Fortnite or Rocket League fanatic in your life? Then you should definitely consider this excellent Xbox Series S Fortnite and Rocket League bundle which is currently $299 at GameStop in the US and for £249.99 at Amazon UK.

It’s worth noting that Amazon UK’s bundle is only available for pre-order right now and won’t be released until December 13, but GameStop’s bundle is available right now.

So what do you get for that price tag? The bundle includes an Xbox Series S console (which alone goes for £249.99/$299), an Xbox Wireless Controller, free-to-play Fortnite and Rocket League game downloads, a high-speed HDMI cable, power cable, and two AA batteries to get you going.

But, the real kicker is the Rocket League and Fortnite content that comes included. This bundle includes the Fortnite Midnight Drive Pack Set, which consists of the Dark Skully outfit, Dark Skully Satchel Back Bling, Dark Splitter pickaxe, and 1,000 V-Bucks.

There’s plenty of Rocket League content too, with the Purple Masamune Car, Purple Virtual Wave Boost, Purple Zefram Wheels, and 1,000 Rocket League Credits included in the bundle. It’s worth noting, however, that this bundle doesn’t include Fortnite: Save the World (but it’s not very good anyway).

If you can’t get your hands on an Xbox Series X this Cyber Monday, then this Xbox Series S bundle is definitely worth considering.

OK, this may not technically be a Cyber Monday-only deal but it’s still pretty sweet.

New subscribers can currently get their first month of Xbox Game Pass Ultimate for just $1/£1 at Microsoft right now. Microsoft’s Netflix-style gaming subscription service has proven to be fantastic value for money over the past few years as the library continues to grow with new releases and old favorites added every few weeks.

Personally, I think it’s the best gaming subscription out there right now.

With an Xbox Game Pass Ultimate subscription, you get (deep breath) access to over 100 games in the Xbox Game Pass library on both PC and console, access to first-party Xbox games which land in the library on day one, access to Xbox cloud gaming, exclusive member discounts and deals and Xbox Live Gold included, which grants access to online multiplayer and offers a handful of free games to download and keep each month.

Let’s break down each of these elements. For a start, the Xbox Game Pass library is heaving with games to play, from Xbox 360 games to the latest Xbox exclusives, and new games are constantly being added to it.

What’s more, it grants access to EA Play titles like FIFA 21 and Knockout City. However, the biggest draw of the Xbox Game Pass library is that new Xbox first-party titles land on it on day one.

That means when Halo Infinite arrives in just a few weeks, Xbox Game Pass subscribers will immediately be able to play it as part of their subscription.

Once your $1/£1 month ends an Xbox Game Pass Ultimate yearly subscription is around £139.99 / $194.59 (though three-month and monthly subscriptions are available).

That may appear quite pricey, but it’s actually good value when you consider a new Xbox first-party release on its own, such as Halo, costs around $60/£50. My advice? If you’ve got an Xbox then Game Pass Ultimate is an absolutely essential purchase.

Psychonauts 2 is my personal Game of the Year. Sure, the combat is a bit clunky, but it’s a brilliant tongue-in-cheek (but evocative) adventure platformer that will have you cackling one minute and then welling up the next.

Fortunately, this Psychonauts 2 digital code is $30 off at Walmart right now, so you can pick it Double Fine’s excellent game for just $29.99.

Absolute bargain, in my opinion. What’s more, this code will work on both Xbox One and Xbox Series X/S consoles so, even if you upgrade later, you can still play it.

If you’re on the hunt for a discount on one of the best Xbox Series X headsets then you’re in luck.

The EPOS H3 is a comfortable and sleek all-rounder headset that works on Xbox Series X/S but is also compatible with PS5, Switch, PS4 and Xbox One. In our EPOS H3 review, we said:

“The EPOS H3 is an extremely comfortable headset that delivers well-balanced and detailed sound. Though it’s primarily designed for gaming, we found ourselves reaching for the H3’s to listen to our favorite songs, which is a testament to just how great they sound. If you’re looking for a wired headset that delivers in every area that matters – audio quality, comfort and crystal-clear communication – the EPOS H3 won’t let you down.”

Sounds pretty good, right? (get it?)

You know that embarrassing moment when you have some friends come around to play an Xbox couch co-op game like Overcooked, only to realize you don’t have enough controllers for everyone. “Sorry, Jess, you’re going to share a controller with Matt”.

Well, the best way to avoid this kind of situation is to have a stash of Xbox gamepads at the ready. Fortunately, there are currently plenty of Cyber Monday Xbox controller deals on some premium gamepads – so maybe give the guests the standard and keep the fancy ones for yourself.

The fantastic Xbox Elite Series 2 Wireless Controller is currently $139.99 on the official Microsoft store, saving you $40. I’ve personally used the Series 2 and can say it’s the best Xbox controller on the market, working on both Xbox One and Xbox Series X/S.

It just feels premium, heavier than the standard Xbox Wireless Controller and with plenty of customization options. But the Series 2 is expensive.

The Razer Wolverine Ultimate though, is also discounted, and is a more budget-friendly alternative if you want to get serious with your Xbox controller but don’t want to fork out over $100 for the Elite Series 2.

Discounted from 159.99 to $99.99 at Best Buy, the Razer Wolverine Ultimate features interchangeable thumbsticks and d-pad, button remapping and hair-trigger settings to fully customize the controller for your comfort.

You can’t go wrong with either of these controllers.