CyberiansTech
Home Tech Google Stadia Has All The Tech, But Few Exclusive Games to Care...

Another Google Stadia Connect has concluded, and we’re still waiting for a worthy reason to ditch our consoles and jump onto Google’s game streaming bandwagon.

The August 2019 Google Stadia Connect was intended to be a further showcase of all the games coming to the ‘Netflix-for-games’ that Google had planned, and in some respects, it was a success. It certainly had a lot of games.

From Watch Dogs Legion and Mortal Kombat 11, to Cyberpunk 2077 and Borderlands 3, Google has done a great job of securing some of the biggest franchises in gaming for its streaming platform.

The problem is, so has everyone else – with the exception of a single games, all that was announced at the August Stadia Connect has already been confirmed for consoles such as the PS4 and Xbox One, or PC platforms.

And that exclusive? Looking perfectly fun, but hardly a blockbuster.

Orcs Must Die! 3, is a charming action-oriented tower defense style game, and is (at least initially) a Google Stadia exclusive. It has has a loyal fanbase, but not a big one – the last game in the series was Orcs Must Die! Unchained, a free-to-play title that had to close its doors as it was “unable to maintain a sufficient player base to cover the operational costs,” needed to support it.

It’s not exactly Google’s answer to Super Mario or Uncharted, then.

So keen were we to see an exclusive during the showcase, that we got excited by the sight of Darksiders Genesis during the stream. It’s the fourth entry in a series that has always been one ‘A’ short of a ‘Triple-A’ franchise. It has its fans, but the Zelda-meets-God-of-War action has always struggled to set the world on fire. Genesis will take the franchise in a new direction, however, into the realms of the hack-and-slash isometric action RPG, facing competition from Path of Exile and Diablo.

But, showing how eager we were to see something new during the stream, it wasn’t until after the Stadia Connect showcase concluded did we realise it had already been announced for multiple platforms earlier this year – and showing that, ultimately, it’s looking a bit forgettable.

So that’s it. One exclusive announced in a 30 minute presentation.

No exclusives? No personality

As such, it’s hard to get a sense of the personality behind Google Stadia. For better or worse, there’s still a sense of competition and tribalism among the gaming community, the race for ever-more-ambitious and exciting exclusives a big part of what makes playing on the PlayStation or Nintendo Switch or Xbox One so exciting.

So far, Google hasn’t exhibited enough exclusive games to get passionate about what its platform is offering. If it was an “all-you-can-eat” subscription service, that’d be easier to swallow – it’d be a value proposition, an instant game library without the need for a console or powerful PC. But with each Google Stadia game currently a sold-separately purchase (with a few free-to-play exceptions), that position in the market is being lost.

What you’re left with then is a platform, and its technology, buoyed by an impressive list of games that you could get elsewhere without investing in an unproven service. 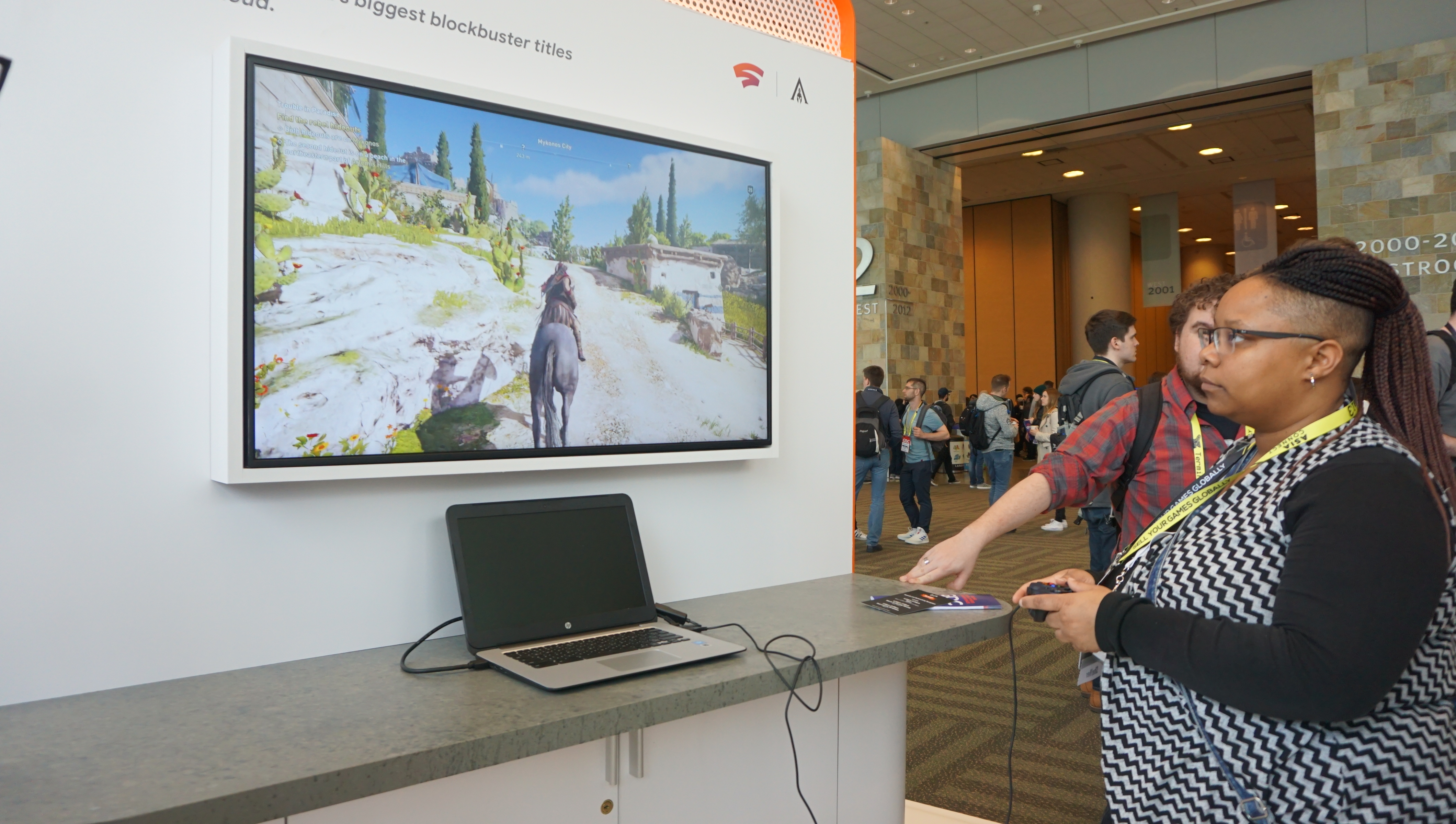 The ability to stream at the highest graphical settings possible at 4K and 60fps is an enticing one (provided your internet connection is up to scratch of course). But if you’re purely interested in the games and less so the marvel of the underlying cloud computing wizardry going on behind the scenes, Google Stadia doesn’t yet offer anything you can’t get elsewhere.

It’s early days yet. Establishing a brand new gaming platform is a tough task, and there are already game streaming casualties like OnLive to act as a cautionary tale for Google. The web giant appears to be in this for the long haul, however, and will likely have done its homework too – there’s time yet before launch for Google to reveal a killer exclusive, and even if it doesn’t, the line-up it’s established here could still tempt enough players to breathe life into Stadia. But if it wants to lure players away from their existing consoles, Google will, sooner or later, need to attract some big exclusive names into its gaming stadium in the sky.