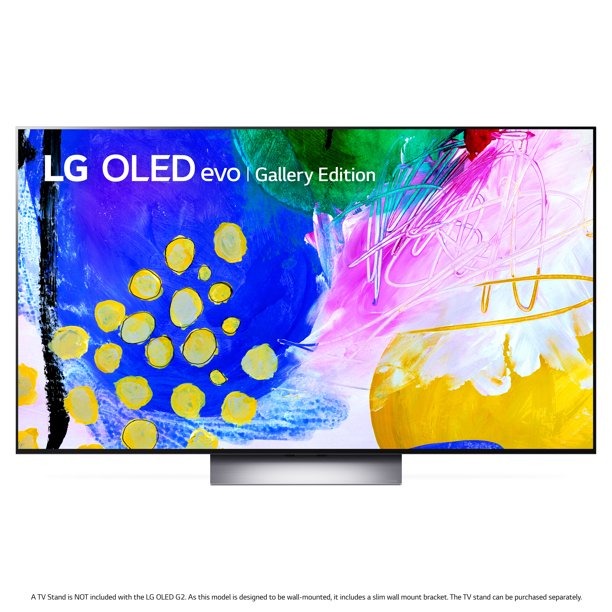 If you head over to your retailer of choice you should start to see LG’s new B2 OLED, C2 OLED, and G2 OLED screens appear on their physical and virtual store shelves. Unfortunately, those of you with your eyes on the A2 OLED or Z2 OLED will have to wait a little longer (via WhatHiFi).

For those of you in the US, the best place to head is either Amazon or Walmart, though if you’re lucky you might be able to snatch up a quick deal if you head to the latter.

Given that it’s the only deal on these new TVs that Walmart’s running, and that the page doesn’t include any signs that this is a deal this is likely an error on Walmart’s part. As such expect this offer to vanish fairly swiftly once it’s noticed.

LG G2 OLED 55-inch TV: $1,780 at Walmart
Save $416:
The new LG G2 OLED is currently discounted at Walmart, though based on a few pieces of evidence we think this is an error. As such you’ll need to act fast if you want to snatch up a good deal before the price is fixed.

Meanwhile, if you’re in the UK, the best deal we can find right now is at John Lewis. For starters you’ll be able to participate in LG’s cashback promotion; up until July 31, you can claim back up to £300 depending on the model you buy.

On top of that John Lewis is currently giving new and current My John Lewis members a £100 E-Gift Card when they buy a new 2022 LG OLED TV (with the offer extending to other electronics as well). You could then spend this on almost anything at John Lewis including a new soundbar or something else to further enhance your home cinema setup.

We’ve had the chance to test out the new LG G2 OLED and LG C2 OLED TVs, and both earned five stars in their respective reviews.

The cheaper LG C2 TV wowed us with its vivid colors and high contrast images delivered by its new OLED Evo panel tech (only available on the 55-inch model and larger).

Its other incremental improvements over the LG C1 OLED, while less showy, still impressed us and made the C2 feel like a worthy successor to 2021’s best TV. The only downside was that its virtual surround sound wasn’t quite as convincing as we would have liked.

The more expensive LG G2 OLED also blew us away thanks to its new OLED Evo panel design. The new heat sink element not present in 2021’s G1 series TV allowed the G2 to bring new levels of brightness and take OLED beyond where we thought it could go.

You’ll have to make sure you have space to hand this TV on your wall though, as a regular TV stand for the LG G2 TV costs extra.