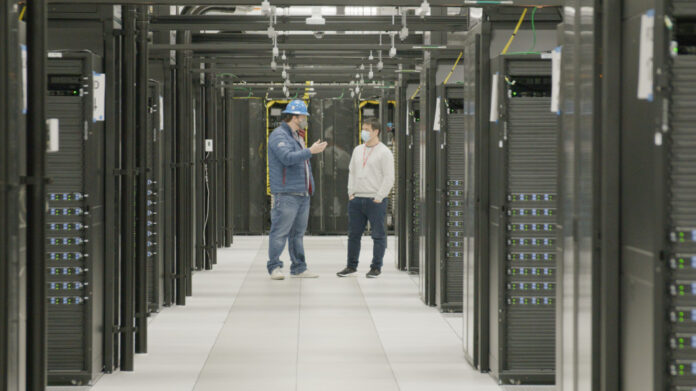 Meta (née Facebook) has announced it is building its own AI supercomputer in support of its efforts to bring the metaverse to fruition.

The AI Research SuperCluster (RSC) is already up and running at reduced capacity. But once complete, Meta says the RSC will be the world’s fastest supercomputer of its kind.

The new machine will be used to train massive new speech recognition, language processing and computer vision models, which will underpin the company’s next generation of AI-driven applications.

A supercomputer for the metaverse

The fully-formed RSC will be powered by 16,000 Nvidia A100 GPUs, collected into compute nodes, and hooked up using the latest InfiniBand interconnect fabric.

Meta is also partnering with PureStorage, whose high-performance FlashBlade and FlashArray technologies will help build out a storage system for the RSC capable of housing up to an exabyte of data (equal to one million TBs).

Early benchmarks show that RSC, as it exists today, is capable of outperforming Meta’s previous-generation AI infrastructure by roughly 20x across some workloads, a figure that will obviously rise once construction is completed later this year.

Meta researchers are already using the RSC to train large-scale natural language processing (NLP) and computer vision models much more quickly than previously possible. And in the future, the company hopes to train models with upwards of one trillion parameters, which will go on to play a role in its metaverse product portfolio.

“We expect such a step function change in compute capability to enable us not only to create more accurate AI models for our existing services but also to enable completely new user experiences, especially in the metaverse,” wrote Meta.

“Our long-term investments in self-supervised learning and in building next-generation AI infrastructure with RSC are helping create the foundational technologies that will power the metaverse and advance the broader AI community as well.”

“The experiences we’re building for the metaverse require enormous compute power (quintillions of operations/second) and RSC will enable new AI models that can learn from trillions of examples, understand hundreds of languages and more,” he said.