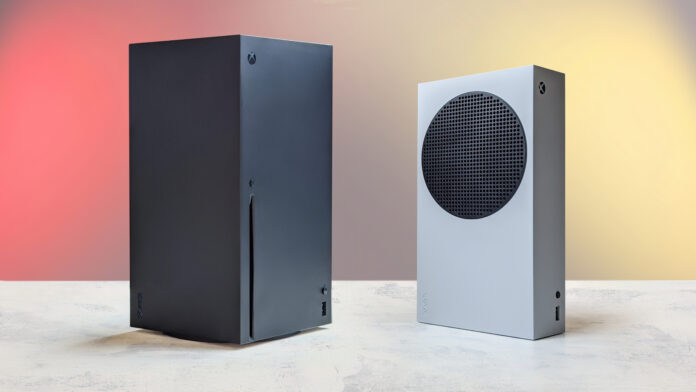 A new Xbox Series X update is available that lets you switch between watching TV and playing a game simply by hitting the Xbox button on the controller.The feature means that you can watch TV while waiting for an update or game to download, and switch straight back to your Xbox input using the controller. If you’re someone who has a habit of misplacing the remote, this should solve that problem.

Hey Xbox! All Series X|S consoles get a feature, starting today, that will switch your TV’s input back to your console when you press the Xbox button on your controller. You’ll need to have HDMI-CEC turned on and a setup that supports it, but – no more digging for that remote! pic.twitter.com/kCeHB2XRDHApril 6, 2022

The latest Xbox Series X update means that the console now includes a variety of HDMI-CEC features that can help you forgo the use of a TV remote almost entirely. You can have the Xbox Series X turn your TV on and off when you boot it up or shut it down, turn off your Xbox Series X using other devices, and you can also allow the console to send volume commands to your AV receiver.

HDMI-CEC is short for HDMI Consumer Electronics Control and allows devices that are connected to your TV through HDMI ports to communicate with each other. This can enable a number of quality of life features such as switching TV input when using the Xbox Series X controller or the ability to navigate your Xbox using your TV remote.

HDMI-CEC features are also available on PS4 and PS5. Your TV can automatically switch to the console’s input when you come out of rest mode, for example.

Not every display supports HDMI-CEC, however, though the vast majority of modern TVs do. Unfortunately for Xbox One owners, HDMI-CEC features are only available on Xbox Series X and Xbox Series S, but those who owned Kinect could use the console’s AR blaster functionality to perform similar functions like turning on the TV and console at the same time.

One caveat with HDMI-CEC is that it can cause your devices to communicate by accident on occasion. While not everyone experiences issues, if you notice your TV changing inputs on its own or you get frustrated that your console turns your TV off every time it shuts down, you can always disable these features – most of which are off by default.

The more updates the merrier

Microsoft continues to release new system updates for Xbox Series X and Xbox Series S in a timely fashion, many of which add new features and functionality for players to enjoy. A new update recently allowed the console to download and install game and system updates while in Energy Saver mode – something that will literally save gamers money, as well as the environment.

Changes were also made to the Xbox consoles’ audio options, allowing users to see how their audio setup will behave when gaming, and we’ve seen improvements to Quick Resume as well as Microsoft implementing some of the best PS5 features.