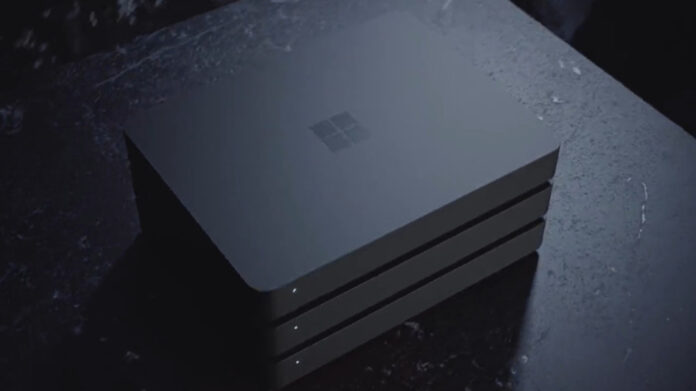 Microsoft has announced it is working on a miniature Arm-powered PC that runs Windows 11.Unveiled during CEO Satya Nadella’s keynote at Microsoft Build 2022, Project Volterra is the company’s first Windows on Arm devkit, and effectively its first true desktop device designed for developers.

Although there is no news on exact hardware specifications just yet, Microsoft did reveal that Project Volterra will use an as-yet-unknown Snapdragon processor alongside a built-in neural processing unit (NPU) with “best-in-class AI computing capacity”.

Project Volterra: What we know

The device wasn’t shown in-person during Nadella’s talk, but an accompanying video appeared to show that Project Volterra would be around the size of a typical mini PC such as the Mac Mini.

Designed in a striking granite-black build made of recycled ocean plastic, the device is stackable, meaning developers could stack multiple Volterra devices on desktops or for deployment in server rooms.

The video appeared to show three USB ports, alongside a DisplayPort and Ethernet port, alongside two USB-C ports on the side of the device, allowing for connectivity to monitors or other accessories.

The device is designed to work alongside Visual Studio 2022, a native Arm64 version of which is also in development, Microsoft revealed. This should allow developers greater flexibility and efficiency when building cloud native AI apps, and marks the first time full Visual Studio capabilities are available on Arm devices.

> Building apps for Windows 11 on Arm couldn’t be simpler

> Microsoft to offer developers powerful workstations in the cloud

Microsoft noted that it is creating an “Arm-native toolchain”, which will include Full Visual Studio 2022 & VS Code, Visual C++, Modern .NET 6 and Java, Classic .NET Framework, Windows Terminal, and WSL and WSA for running Linux and Android apps.

The company has also pledged an “open hardware ecosystem” for Windows, which will see boosted support for new hardware platforms and technologies, such as “GPUs that render an app’s user experiences, Wi-Fi and cellular chipsets that ensure devices are always connected, and CPUs including MIPS, x86, Alpha, Itanium, and x64.”