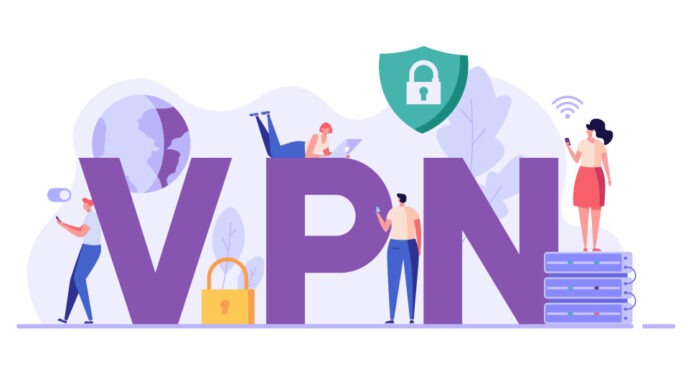 Working from home has become the norm across the world, and online censorship, internet surveillance, and cybercrime is on the rise. It’s no surprise that in the past couple of years many internet users have opted for one of the best VPN services to protect their online anonymity.Short for virtual private network, a VPN is a software that masks your real IP address whilst securing your data in transit inside an encrypted tunnel. By offering better data security, privacy, and streaming freedom, VPNs lend themselves to a wide range of activities.

This is why the VPN industry has been growing exponentially. About one third of all worldwide internet users currently use a VPN of some sort, and the market is set to reach a valuation of $1.7 billion in 2022 according to a new Future Market Insight (FMI) report. And this rise isn’t about to peter out soon – in fact, quite the opposite.

With this in mind, we decided to look at the most interesting VPN trends and predictions to understand how the demand has changed over the years, as well as how it’s likely to develop in the future.

FMI’s analysts have found that the demand for VPN services is projected to rise at an annual rate of 13.6%. This means that the market as a whole is likely to reach a valuation of $6.1 billion by 2032. This represents a growth of nearly 259% in around 10 years.

The FMI report also found that VPNs alone will represent about 12% of sales across the whole global network security industry. According to experts, their simplicity and versatility are the main factors behind the software’s popularity.

“Internet users are desperate to find efficient ways to avoid privacy breaches,” FMI Chief Operating Officer Sudip Saha told TechRadar. “Given the fact that the majority of those are not tech aware, VPNs tend to stand out as the best solution for such an issue.”

2. Government officials use VPNs to bypass their own censorship

It’s not just citizens that turn to VPN services to bypass local censorship and access blocked sites – so do the governments implementing the ban in the first place.

Top10VPN researchers found out that Russian officials have been spending roughly $10 million on VPN contracts since the war against Ukraine started. Ironically, it’s actually Moscow-based organisations that have spent the most – with legislative and communications agencies making up more than 40% of the total spending.

That’s not an isolated case. The Chinese government is very likely to use a China VPN to access its Twitter page – the platform is actually banned within the country. After all, the father of the Great Firewall Fang Binxing even used the software during a public talk to bypass his own creation.

3. Canada and Mexico are the nations with most VPN streamers

It probably doesn’t come as much of a surprise that keen streamers are increasingly using a good streaming VPN to bypass geo-restrictions and access worldwide content from wherever they are in the world.

As a 2018 Global Web Index survey found out, over half of the respondents said that accessing better entertainment is the main motivator to use a VPN service. More recently, TechRadar’s own survey of almost 3,000 VPN users concluded that 69% of respondents had used the software for unblocking streaming content – a figure mirrored exactly by an inquiry undertaken by VPN provider Surfshark.

Similar figures came out from the FMI research, too. “Access to content and privacy are two of the most compelling reasons for using a VPN,” FMI Chief Operating Officer Sudip Saha told TechRadar.

But which are the nations with most VPN streamers? Canada and Mexico sit at the top of the list with 49% of all VPN users claiming to use VPNs to access geo-restricted content. Brazil is in third place with 37%, followed by the United Kingdom, Ireland, and India,

4. Americans are the most concerned about their online safety

While security and streaming are the main reasons for people using a VPN, these motivators don’t have quite the same value everywhere. According to Surfshark‘s insights into the habits of its subscribers, respondents located in the US were the ones most concerned about their online security.

At the same time, the US tops the list also for the number of cybercrime victims worldwide. In 2020, cyberattacks hit more than 1480 people every day compared to 657 in 2015. This means a 55% growth in cybercrime each year.

All this, together with the fact that the US is also a founding member of the Five Eyes alliance, make citizens’ security worries more than legitimate.

According to Top10VPN’s VPN demand monitor, Sri Lanka registered the biggest peak in searches worldwide in 2022.

After the decision to block all the major social media platforms, the daily VPN search volume saw a rise of over 17,000% on April 3. Even the day before, the spike in demand soared by 2,352%.

Together with a nationwide curfew, the social media block – promptly lifted as VPNs make it ‘completely useless’ – came as an attempt by the government’s to contain a wave of protests fuelled by a strong economic crisis and essentials’ shortages.

Compared with a much less impressive 12.63% of Sri Lankans who download a VPN in 2021 – according to the Atlas VPN Adoption Index – this clearly confirms how more and more citizens turn to VPN services during times of social unrest.

6. The Asia-Pacific region is expected to grow the most

Government censorship, highly populated countries and the growing requirement for secure remote access are likely to be the reasons why the Asia-Pacific region is predicted to experience the most significant growth across the VPN market.

According to FMI predictions, the demand for VPNs is expected to rise by roughly 500% by 2032. In India alone, the annual growth is likely to reach a rise of about 22%, while the Japanese market is foreseen to follow suit with an 18% increase in demand every year.

Surfshark data found out that the top three biggest VPN markets in 2021 were all in Asia-Pacific – respectively, these were India, China, and Indonesia.

However, cyber-security experts are worried that new legislations like the recent Indian data retention law could negatively affect these predictions. “Bans on VPNs will primarily hurt corporate interests by acting as a disincentive to investments and doing business in India,” said FMI Chief Operating Officer Sudip Saha.

7. Cloud-based VPNs may be the new future

Another interesting finding from the 2022 FMI report is about the type of VPN software that is likely to gain popularity across consumers.

So far, cloud VPNs have solely been used as an alternative to traditional corporate services. However, experts think that their advantages will soon make this type of technology the top choice for everyday internet users too in the upcoming years.