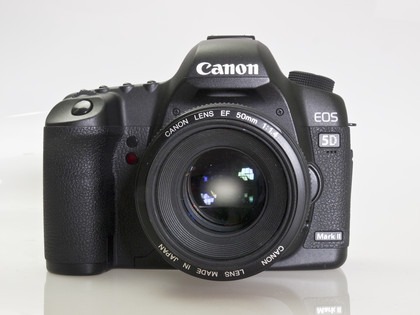 If you’re in the market for a powerful new video camera, then it’s well worth tuning into today’s big Canon Cinema EOS camera launch – and we’ll be on hand to supply all the analysis and snacks (well, the analysis anyway) in this regularly updated liveblog.

Canon’s Cinema EOS cameras recently celebrated their tenth birthday, with the Canon EOS C300 arriving back in late 2011. Given what’s happened in the decade since, it was a smart move by Canon – with video now an essential feature for pro photographers as well as filmmakers, its Cinema cameras have rapidly grown in popularity.

Today, Canon is going to announce a new addition to the Cinema EOS lineup that, it says, will “usher in an exciting new era for the Cinema EOS range”. Beyond those intriguing promises, it’s not yet clear what Canon has in store for today – but content creators of all kinds are bound to be grabbing the popcorn to find out.

You can follow out minute-by-minute analysis of the launch, which kicks off at 7am EST / 12pm GMT / 11pm AEDT, below. Even if a high-end Cinema camera is a little overkill for your shooting needs, it should be an exciting peek into the future of video cameras.

Welcome to our Canon Cinema EOS launch live blog. There’s just half an hour to go until the show kicks off, but we’ll take you through what to expect.

First, a quick primer on Canon’s Cinema EOS range. The camera giant’s video lineup really started back in 2008 with the Canon EOS 5D Mark II – it might have been a DSLR, but it was the first full-frame model that could shoot 1080p video.

That meant it was adopted by filmmakers who enjoyed the look of its full-frame sensor, from a camera that was relatively small and cheap by the standards of pro video cameras. You can see our shot of the 5D Mark II above (yes, we’ve been reviewing cameras for that long).

The EOS C70 was particularly interesting because it was the first Canon Cinema camera to feature the RF mount – the same mount as the one found on its consumer full-frame cameras, like the Canon EOS R5. Just like with Sony, the lines between Cinema and photography are blurring – and that may just give us a hint of what to expect today.

In case you’re not aware of how to watch Canon’s livestream, which is now only ten minutes away, we’ve embedded it above. You can also tune in by heading over to Canon’s official YouTube channel.

It’s well worth sticking around here, though, as we’ll be throwing in our thoughts and analysis as the launch happens – and who knows, maybe will surprise us with a Michael Bay guest appearance.

Right then, just one minute until kick off – the big question is whether or not we’ll see more than one big announcement from Canon? Some Cinema-flavored RF lenses have been rumored for a while, so perhaps they’ll arrive alongside Canon’s new camera. Let’s find out.