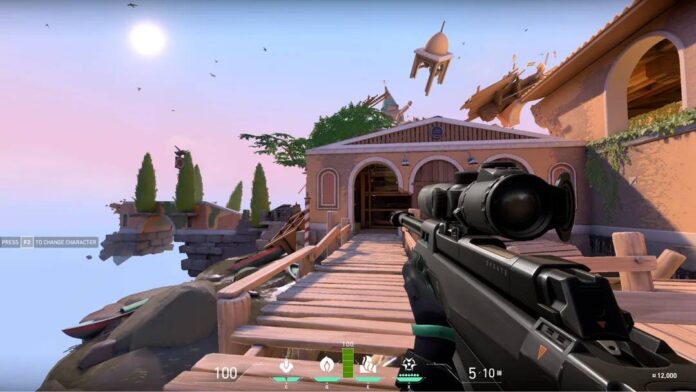 The best multiplayer PC games in 2022

The best multiplayer PC games 2022 has to offer will draw you in, time and time again. That’s how much fun they are. These games will get the adrenaline pumping and scratch that competitive itch as you take on players on the other side of the planet.

And, whether you’re fighting friends on the far side of the world or from the other side of the couch, you’ll experience the thrill of taking on other people and won’t ever want to go back to battling AI. Though the best single-player games have their place, this is something you can only get from the best multiplayer titles.

You don’t necessarily have to battle against those friends to play with them. You can dive right into the best co-op PC games if you’re in a more collaborative multiplayer spirit. No matter what kind of online game you’re looking for, you’ll find these multiplayer titles as or more exciting than the best PC games.

If you ever played a game like Counter-Strike and thought it was missing superpower-like special abilities, then Valorant is the game for you. This first-person tactical shooter lets you choose from a host of “agents” who not only have unique special abilities but are in different classes, letting you choose more offensive or defensive types of characters. This class specialization, along with the gorgeous and unique maps, makes team play important.

While Valorant is the relatively new kid on the block, this very stylized shooter has already proven popular. It helps that the game is also free-to-play.

The blisteringly fast-paced toy-car-football phenomenon powers on, as popular today as ever. If you’re worried that it’s a bit too reminiscent of actual football, then work through that worry, because it’s so much more.

The beauty of Rocket League is in its absolute subservience to physics. Ball control is completely manual, team moves require a high level of communication and coordination, and aerial play is a whole higher layer of game to master.

Competitive play is divided up into leagues and seasons too, ensuring that whether you’re playing 1-v-1 or 3-v-3, you tend to be matched up fairly.

Not every great game is about heart-pounding action. Some are there to let gamers spend time hanging out with distant friends in virtual worlds. Among Us is a perfect example of that, with the added benefit of being able to accuse friends of wrong-doing.

Pair up with 4-10 friends or strangers to go through the assigned tasks aboard a spaceship or space station. A few of those players, up to 3, are actually “imposters” who are secretly sabotaging and killing the rest of the players. The best part is when players call a meeting to figure out who is the imposter. And, they’re not always right, sacrificing an innocent player in an attempt to out the imposter(s).

Each game lasts between 10-15 minutes, making this an easy game to get into and out of. But it also affords everyone the chance to eventually be the imposter and do dastardly deeds.

After all these years, the simple charms of firing pinpoint pixel arrows at other people on a single screen remain just as compelling. Towerfall sees up to four players with a limited supply of arrows attempting to one-shot each other.

It’s accessible, but with plenty of clever tricks, such as a wraparound screen that lets you run and fire arrows between the left and right, and top and bottom of the screen. There’s also the ever-vital dodge button, with which you can catch inbound arrows and fire them right back into the silly face of your attackers.

To spice things up, you can experiment with the endless mashups of mutators – from non-homing arrows to angel wings and an ever-scrolling screen – which help keep the game fresh and surprising.

The garish hero-based shooter hit the ground at hyper-speed and never really stopped. With one of the most vibrant and varied character rosters ever seen in a game, you have a huge amount of freedom about how to play – whether it’s as a tanky hamster scampering around in a four-legged mech, or an angelic, airborne healer.

Overwatch manages to condense a lot of fun into snappy team-based game modes, making it viable for both lunch breaks or all-night blowouts. Despite the asymmetry of its characters, it’s brilliantly balanced, with just about every hero feeling both rewarding and distinctive to play as.

Fans of the unforgiving tactical shooter series bemoaned its move into the multiplayer space, but none could have predicted the runaway success it’d become. Two teams of five face off against each other in attackers versus defenders games of bomb defusal, hostage rescues and asset protection.

The hook is that levels are partially destructible, and there’s a lengthy preparation phase during which defenders can build up their defences while attackers survey the map. No two games feel the same, and as you gain ‘Renown’ points, you can unlock new operators, each with distinctive abilities and play styles.

It sometimes seems like there are a thousand variants of the classic invertebrate tactics game you can play today. The most recent iteration is Worms W.M.D, which has a bold new art style and weapons, but if you prefer a more vintage feel then Worms Reloaded or even Worms Armageddon could be for you, while 2012’s Worms Revolution dabbles in 3D graphics on a 2D plane.

Whichever you go for, the formula remains a zenith of multiplayer gaming. Up to four players control a team of worms each, taking turns on a timer to cross precarious levels and decimate enemy teams with bazookas, explosive sheep, banana bombs and cheeky melee punches. A bit like Chess, Worms is both ancient and eternal.

With so many competitive combat games revolving around guns, we figured we’d highlight a game that takes things back to basics. Building on the lineage of physics-based first-person slashers like Chivalry and Mount & Blade, Mordhau is a medieval battlefield where up to 64 players go at each other with swords, maces, throwing knives, and whatever they find lying on the ground.

Mordhau thrives in improvisation, as even a disarmed player can unsheath a knife (or pull one out of a shield) and take out an incoming enemy with a well-placed throw. As well as team-based siege modes, there’s an excellent battle royale mode too.

Maybe a controversial representative of the battle royale genre in light of the runaway success of subsequent titles like Fortnite and Apex Legends, but if you’re after serious suspense and a distilled atmosphere where you’re perking your ears for every footstep and distant gunshot, then PUBG still hits the target.

It remains one of the best Steam games with good reason, and major updates (such as the overhaul of original map Erangel) show that the developers are serious about refining the experience, making it less buggy and more realistic than ever.

The sequel to the most freewheeling and frantic (and only) co-op cooking game ups the ante, chucking you and up to three friends into kitchens of ever-increasing chaos. As a rabble of cooks, you need to cook and serve up food for a restaurant before the timer runs out. Self-organization is key, and you’ll be screaming at each other in delighted frustration over things like the dishes not being washed or the soup setting on fire.

In later levels the kitchens are set on everything from airships to underground temples, shifting and moving, forcing your team to adapt and constantly rejig your clockwork-like system. It’s a game that helps you empathise just a little with Gordon Ramsay and his infamous tirades.