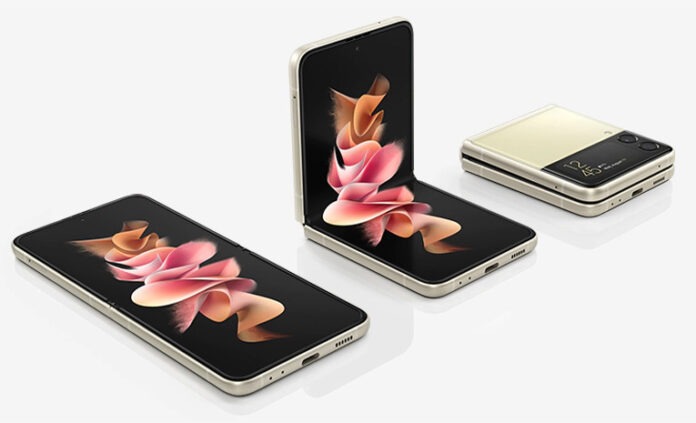 This week’s best Samsung Galaxy Z Flip deals might just bag you this incredibly slick new foldable flagship for less than you’d think. Not only is this new device cheaper than the previous Fold 2 phone, but there are also a ton of great options for saving on both carrier and unlocked devices right now, despite the fact it only launched last month.
Samsung Galaxy Z Flip 3: jump links

In fact, its introductory price of $999 makes it around the same price as a Galaxy S21 Plus, although no one would dare to call the Galaxy Z Flip 3 an ‘affordable’ device by the stretch of the imagination. That said, there are a couple of nifty ways to save some cash on a pre-order with this week’s introductory Galaxy Z Flip 3 deals, which you can see just below.

Key upgrades include a beefy new Snapdragon 888, an expanded cover screen four times the size of that featured on the previous model, and some new camera software upgrades. Samsung has also improved the refresh rate of the internal display so it’s zipping along at a speedy 120Hz – which brings it in line with all the latest flagship devices on the market.

If you’d like to read a bit more about the specs of this device we’ve attached a mini-review just at the bottom of the page, just beneath this week’s best Galaxy Z Flip 3 deals.

It’s not every day you see a saving of up to $1,300 on a single device, but that’s exactly what you’ve got with Verizon’s Galaxy Z Flip 3 deals this week. To attain the maximum saving, you’ll both need to be trading in an eligible device and switching over from another carrier but these savings are actually mutually exclusive. Existing customers can upgrade too – granted they’re on an eligible unlimited data plan and they’ve got a decent phone to trade.

Samsung Galaxy Z Flip 3: save up to $1,000 with an eligible trade-in and new plan
There’s no big new customer promotion for AT&T’s Galaxy Z Flip 3 deals (unlike Verizon), but its maximum saving of up to $1,000 with trade is still absolutely fantastic. That’s actually enough to cover the entire cost of the device here, although you’ll have to be handing over a fairly recent device to get that full rebate. As always, you’ll need to be signing up to an eligible unlimited plan (upgrades available too).

Samsung Galaxy Z Flip 3: 50% off Galaxy Buds 2, plus up to $600 off with trade-in at Samsung
Samsung’s Galaxy Z Flip 3 deals aren’t quite as good as they were on this device’s launch, but they’re still pretty damn great. No longer can you get yourself a free pair of Galaxy Buds 2, but the retailer will give you a 50% discount if you buy through the official store. Plus, it’s still the best place to pick up an unlocked device thanks to its excellent trade-in program – which will even take broken devices.

Samsung Galaxy Z Flip 3: save up to $400 with activation, plus up to $1,000 with an eligible trade-in
You’ll find excellent carrier and unlocked Galaxy Z Flip 3 deals at Best Buy this week – a retailer that offers both trade-in and activation rebates on all devices. In particular, we’d recommend checking out the $300 activation rebate that’s available on unlocked devices right now – a handy saving that can potentially drop the price to just $799.99.

Samsung Galaxy Z Flip 3 deals: what you need to know

Finally, Samsung has finally managed to do what seemed impossible just a few years ago – produce a foldable device that actually costs around the same as a similarly specced out ‘normal’ device. Well, relatively speaking – the Samsung Galaxy Z Flip 3 does still costs $999 at launch, which isn’t exactly pocket change.

That puts it in the same price bracket as the ‘plus’ sized flagships like the iPhone 12 Pro and Samsung Galaxy S21 Plus – powerful devices, but not any more powerful than the Samsung Galaxy Z Flip 3, thanks to its new Snapdragon 888 chipset. Put simply, you’re not paying that new-tech novelty tax for going with a foldable device, and you’re even getting a few new design improvements too.

While, on initial inspection, the Flip 3 may look a lot like its predecessor, it’s now featuring a cover display that’s four times larger, an upgraded internal screen that’s capable of 120Hz refresh rate, and a reinforced hinge that feels a lot sturdier than those on previous Fold devices. Samsung has also ditched the glass outer back design for this new iteration, instead opting for a new ‘plastic design. Some may not welcome that change, but it does mean a cheaper device – and one that’s more durable.