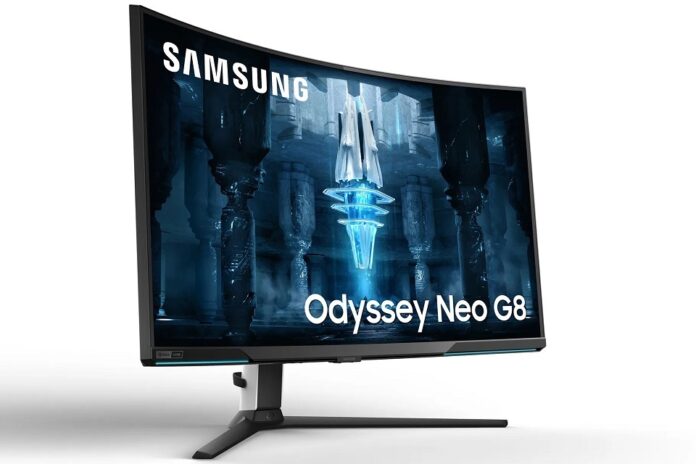 Samsung is coming to CES with two high-end monitors aimed at very different audiences. As The Verge notes, the company is starting things off with the Smart Monitor M8. The 32-inch 4K display offers TV functionality like its predecessors, but now includes a SmartThings hub to control compatible smart home devices directly from your screen. It’s also better-suited for video chats thanks to an included magnetic SlimFit webcam you can use with Google Duo and other apps.

The M8 can also serve as a platform for (as yet unnamed) game streaming services, complete with wireless gamepad support. More details are coming closer to launch, Samsung said. The workspace also folds Microsoft 365 and other cloud productivity services into a single space.

Samsung hasn’t mentioned pricing or a release date for the Smart Monitor M8. While it’s smaller than the 43-inch M7 (normally $600), the smart home features and webcam could keep the price relatively high.

The other display might cost less than previous models, however. Samsung has also unveiled a 32-inch Odyssey Neo G8 gaming monitor that should be far smaller than the 49-inch Neo G9 while preserving the pronounced 1000R curve, mini-LED technology, 240Hz refresh rate and 2,000-nit peak brightness. It even jumps to a 4K resolution — this is the first 4K monitor to support 240Hz and a 1ms pixel response time, Samsung claimed. Support for both NVIDIA’s G-Sync and AMD’s FreeSync Premium Pro should keep tearing artifacts to a minimum.

There’s no mention of a price or ship date for the Odyssey Neo G8. Given the size reduction, it won’t be surprising if the screen costs less than the $2,500 G9 even with the resolution bump.