CyberiansTech
Home Tech The Best TV OLED 4K TVs could be on the way as... 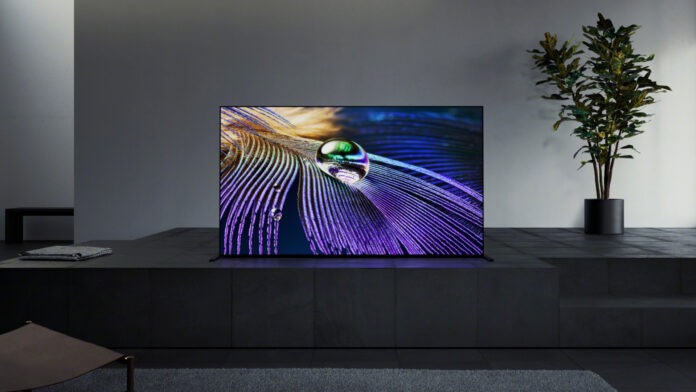 The best hope yet for a future price drop in OLED TVs has just arrived, in the promise of a price battle. Chinese display manufacturer BOE has announced that it’s set to release panels for the home market, starting with a 95-inch 8K OLED TV with a 120Hz refresh rate… but a new report says that it’s the manufacturing giant is preparing a total of five OLED TV panels starting at 55 inches through to 95 inches.

According to Korean newspaper Biz Chosun (via FlatpanelsHD), BOE’s new OLED offerings are expected to go into production soon, with shipments expected to be around 300,000 units this year – a figure that equates to more than 5% of the current OLED TV panel market.

BOE currently produces small and medium-sized OLED displays, and is claimed to be in line to provide screens using the tech for Apple’s next wave of iPads and MacBooks.

Up until now, OLED panel manufacture for TVs has been effectively solely dominated by LG Display, which sells its panels to numerous major companies, including Sony, Vizio and Panasonic (as well as LG Electronics, which actually makes the finished TV sets such as the LG C2).

LG Display’s Korean rival Samsung Display has just started producing its own OLED TV variant, called QD-OLED – but this tech is so high-end that it isn’t doing anything to drive down prices of regular OLED TVs.

Emerging Chinese manufacturers producing LCD displays at much reduced manufacturing costs have forced LG Display and Samsung Display to focus on manufacturing premium OLED panels in recent times, with the latter brand expected to cease production of its LCD panels later this month. (This won’t affect Samsung’s TVs, which will still be mostly LCD – it’s just that these panels won’t be made by Samsung itself.)

The emergence of a new player in the OLED panel market would likely trigger a similar price war that could see more budget TVs featuring the tech hit shelves as LG and BOE battle for the business from companies as huge as Sony.

For the best part of a decade, LG Display has been the only game in town when it comes to OLED panel manufacture.

In that time the Korean firm has made huge steps in improving picture quality and reducing the asking price for TVs sporting the tech, making large OLED TVs a genuine mass market device.

However, the emergence of a genuine manufacturing competitor – especially one that seems likely to undercut LG on price if it’s going to muscle its way into LG’s business – will likely push down the prices demanded for panels, which can mean lower prices for consumers. It will also likely encourage further OLED improvements as competition between the two firms’ offerings hots up.

As an Apple component supplier, BOE has plenty experience of producing components at large scale.

The big question is whether it can provide the same sort of picture quality and manufacturing yield that LG has achieved – OLED panels are notoriously difficult to produce efficiently. Let’s hope so, because a price war is the best thing that could happen for cash-strapped movie lovers struggling against cost-of-living increases elsewhere.