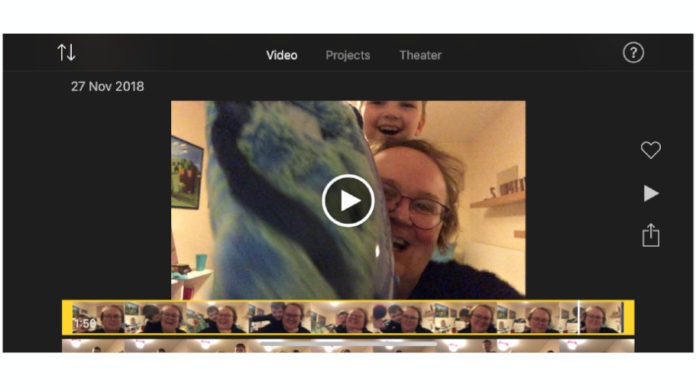 With a great video editor for iPhone, you can give ordinary video clips a professional edge that will make them impossible to skip.

iPhones are brilliant for shooting video: recent ones can capture 4K video at a speedy 60fps and automatically stabilize the recording to reduce the worst of the shakes.

That’s great, but for best results you really need a video editing app too. In most cases that enables you to join multiple clips together, add titles and effects, get rid of unwanted sections and turn your footage into something you’ll want to show off.

There are lots of video editors for iPhone in the App Store, ranging from simple apps designed for social media sharing to high-end apps that you could easily make entire movies with and specialist apps for specific tasks. Some are cheap, others cheerful, and some are both. Whether you want to amuse your friends or make a masterpiece, these are the apps we think you should consider.

The best video editor for iPhone at a glance

Like all iOS video editors it’s a little fiddly on iPhone, but it’s superb on the iPad’s bigger screen – and you can connect a keyboard to use keyboard shortcuts for even easier editing.

As you’d expect it integrates very well with Apple’s other apps and features, such as Photos, iCloud Drive, Mail and Messages, and you can stream via AirPlay to an Apple TV. 4K video is supported on iPhones 6 upwards (and iPad Air 2 onwards).

If you find that iMovie isn’t quite powerful enough for you, LumaFusion delivers many of the features of higher-end video editors without losing the simplicity you want on iPhone.

It’s a multi-track video editor for iPhone with three audio/video tracks and an additional three audio tracks for narration and effects, and in addition to the built-in effects and transitions it also supports chroma keying for green and blue screen effects.

In addition to local and cloud storage it also supports WD Wireless Pro drives, and if you want to subscribe to the optional Storyblocks service you also gain access to thousands of royalty-free images, videos and sounds.

As a video editor for iPhone, Premiere Rush CC is very good, with four video and three audio tracks and a typically user-friendly interface: if you’ve used Adobe’s iOS image apps you’ll pick it up immediately.

The sound tools are particularly good at balancing, reducing sound and ducking audio so narration is always clear, and the app makes it easy to export for the major social media services such as Instagram, Facebook and YouTube. Projects can be opened on desktop in Premiere Pro CC, Adobe’s heavy-duty video app.

As with other Adobe iOS apps, the free offering is limited: you can only export three times. To unlock unlimited exporting and sharing you’ll need the $9.99 monthly sub. That gives you a licence for iPhone, iPad and desktop along with 100GB of cloud storage.

Filmmaker Pro is a slightly more advanced alternative to iMovie, with particularly good colour options, filters and green screen support. This video editor for iPhone includes video grading, something iMovie doesn’t, and it enables you to choose between nearly 200 different fonts for your text overlays.

Filmmaker Pro can shoot video too – but not in the free version: like many such apps the full feature set requires in-app purchases. Unlocking removes the watermarks that the free version puts on video, and you can choose between monthly and annual subscriptions. Like iMovie, it supports 4K video on most iPhones and iPads (iPhone 4K support begins with the iPhone SE).

You wouldn’t use Clips to make a serious video project on your iPhone unless you were some kind of masochist, but for quick video messaging and social media sharing it’s hard to beat.

It’s exceptionally easy to use, comes with stacks of stickers from the likes of Star Wars movies and Pixar movies, and you can easily add a soundtrack from the supplied library or from your own music collection. The voice-controlled titling is a nice feature and the all-important filters are present and correct too.

If your device has the TrueDepth camera for FaceID, you can also use the clever Selfie Scenes feature to put your animated avatar in front of an animated background.

Magisto is another video editor designed for social media sharing, and it’s been created for people who have zero video editing experience.

It can turn static photos into an animated slideshow, automatically apply features such as video stabilisation and cropping, and easily share the results via the likes of Facebook, Instagram or WhatsApp.

Quik – GoPro Video Editor isn’t just for GoPro users, although it integrates with GoPro Plus and can recognize faces, smiles and certain actions from GoPro footage. It also works with your photo library and includes support for Live Photos.

As the name suggests it’s designed to make video editing quick: all you need to do is select the photos and video clips you want to use and it’ll do the rest.

It’s easy to reorder clips, change the formatting and speed up or slow down footage, and you can add the usual stickers and text. It doesn’t do 4K, though: videos are 1080p or 720p.

If you want to turn a bunch of clips into a seamless whole or stick emoji on your snowboarding footage, VideoGrade isn’t the iPhone video editor for you. It’s designed to do one thing and one thing only: color grading.

Color grading is the process of changing or enhancing the colour of something, and it’s what makes movies really pop.

You can use it on photos and Live Photos as well as on video, and you can make adjustments ranging from incredibly subtle to ridiculously dramatic depending on what you want to achieve. There are over 40 different adjustments, you can save presets for easy recall in future and it renders 4K video quickly and effortlessly.