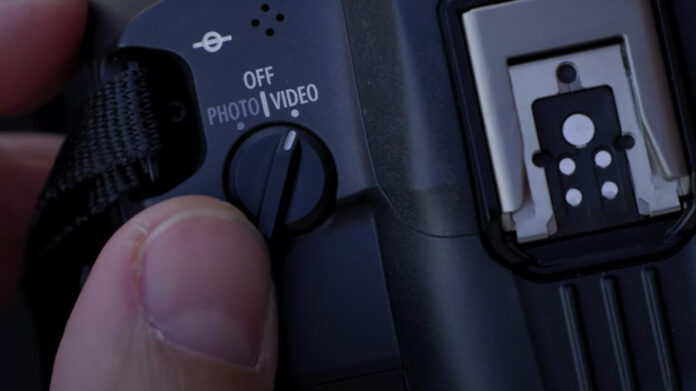 If you missed the Canon EOS R5 C launch, the quick summary is that the Canon EOS R5 has a new Cinema-focused sibling – a fan-cooled filmmaking machine that extinguishes any concerns about overheating. But while the EOS R5 C is the closest thing that Canon has made to a true hybrid camera, it’s no flagship – and its idiosyncrasies leave a convenient gap for a true Sony A1 rival.This might seem like an odd conclusion to make about the arrival of such a powerful full-frame camera. After all, does the world really need a flagship when the R5 twins complement each other so nicely? The EOS R5 is for hybrid shooters who lean towards photography, while hybrid videographers who need a small body have a fine new option in the EOS R5 C. Where an EOS R1 fits into this equation is certainly up for debate.

But it’s the style of the Canon EOS R5 C, along with ongoing rumors about a Canon EOS R1, that suggest the camera giant is leaving space for one over-arching hybrid flagship. Rather than melding two experiences, the EOS R5 C is effectively two current cameras bolted together – switch its dial to ‘photo’ mode, and you can’t even shoot video at all (and vice versa).

This approach allows Canon to put the full Cinema EOS experience, with all its familiar menus, into the camera without muddying it with a photography UI. But while that makes complete sense for the EOS R5 C’s target audience (pro filmmakers), it also means the camera doesn’t offer a truly seamless, next-gen hybrid experience. And that’s the spot where the Canon EOS R1 will, along with other innovations, likely land with great fanfare in the relatively near future.

One to rule them all

The Canon EOS R1 rumors have simmered down considerably in the past few months, but the flagship camera is still expected to land in late 2022 or early 2023.

With the recent arrival of the Canon EOS R5 C and Canon EOS R3, the camera giant understandably isn’t in a huge rush. Those cameras amply cover the needs of pro video and stills shooters, with the EOS R5 and EOS R6 the sweet spots for advanced amateur snappers.

But the usually reliable Canon Rumors recently claimed that the EOS R1 is “definitely being worked on already”, with Canon aiming to collect “as much feedback as they can from the Canon EOS R3” ahead of a possible launch in the last few months of 2022.

The only reason why Canon needs to consider an EOS R1 at all is pretty simple: the existence of the Sony A1 and Nikon Z9. Both of those cameras are the most powerful image-making machines that either brand has ever made, by some distance. And while none of Canon’s existing EOS R range is exactly underpowered, it doesn’t have a single hybrid camera that quite matches those flagships.

Some would argue, quite fairly, that it doesn’t need to. Back when the Sony A1 launched, we argued that it was proof that the ‘no compromise’ camera isn’t possible, just like the myth of the ‘perfect’ car. Every camera is a compromise in some way, even if that’s down to price and usability, and the existence of the Canon EOS R5, EOS R5 C and EOS R3 shows that pros still want specialist tools – but that doesn’t mean an EOS R1 isn’t en route.

Stacked in its favor

So what exactly could the Canon EOS R1 offer that isn’t already covered by Canon’s existing models? Traditionally, Canon’s 1-series has been aimed at professional sports and wildlife photographers, but that’s now covered by the Canon EOS R3. So the most likely scenario is a flagship ‘all-rounder’ camera in the spirit of Canon’s 5D series.

The arrival of full-frame stacked sensors, which provide lightning-fast readout speeds, has changed the game for mirrorless cameras. It’s now possible for 50MP models like the Sony A1 to shoot at 30fps, giving them true all-rounder status. But so far, Canon’s only camera with a full-frame stacked sensor has been the Canon EOS R3 – and the manufacturer was pretty clear that the R3 isn’t a ‘flagship’ camera.

That almost certainly leaves room for a Canon EOS R1 – and it’s a space that hasn’t been filled by the Canon EOS R5 C, despite its impressive hybrid powers. While the EOS R5 C sits in Canon’s Cinema EOS line and bolts two cameras together, giving it some battery-related restrictions in its high frame-rate modes, the EOS R1 will likely be an EOS R hybrid camera to rule them all.

There have been some outlandish rumored specs for the Canon EOS R1, including an 85MP sensor with a global shutter, a new Quad Pixel autofocus system, nine-stop in-body image stabilization, a 9.44MP electronic viewfinder and even a new ‘donut’ design that we found strangely compelling.

These specs are most likely a wishlist rather than anything grounded in concrete substance. And more recently, Canon Rumors has suggested that a global shutter – which simultaneously captures all the info from a sensor’s photodiodes, rather than in a traditional ‘rolling’ fashion – is now looking less likely for the EOS R1, with sensor readout speeds and processing power “negating the need for a global shutter”.

In some ways, these processing leaps mirror the leaps made by the latest camera phones and could help propel some next-gen advances in the Canon EOS R1. For example, could the ‘quad pixels’ rumored for the new Quad Pixel AF system also combine to allow the EOS R1 to offer multiple resolution modes, like 80MP for stills and 20MP for video?

Processing power could also give Canon additional firepower in that key mirrorless camera battlefield: autofocus. A more versatile version of the Eye Control AF seen in the EOS R3 would be very welcome, as would a truly intelligent tracking AF system. Right now, you still have to go into a camera’s menus to choose ‘human’, ‘animal’ or ‘vehicle’ tracking, depending on your subject. Sometime soon, a camera will be able to do that for you – and that would be a fine trick for a flagship EOS R1.

The Canon EOS R1 may still be in the realm of rumor and speculation, but the arrival of the powerful-but-specialist Canon EOS R5 C hasn’t quelled those whispers – and if anything, its idiosyncrasies leave room for a true hybrid flagship aimed at well-heeled enthusiasts and pros.

The mirrorless camera wars are, after all, as much about perception as sensors, lenses and camera bodies. And having a single ‘halo’ flagship, while not necessarily as practical for pros as a specialist tool like the EOS R5 C, is one of the best ways to get the flashbulbs pointing in your direction and convincing floating voters that your system is the one to invest in.

Back when the Canon EOS 5D Mark IV launched in 2016, it was a huge leap forward for hybrid cameras, in a similar fashion to the ground-breaking EOS 5D in 2005. While the Canon EOS R5 C is shaping up to be a fine tool for mobile filmmakers and does an admirable job at combining the worlds of its Cinema EOS cameras and EOS R cameras, a true flagship hybrid remains very likely – the only question is when, rather than if.