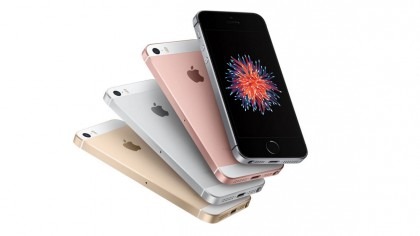 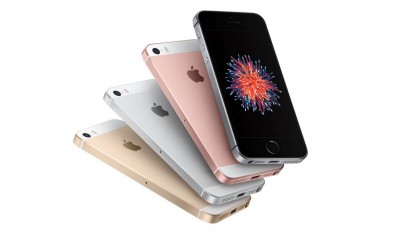 The iPhone SE is Apple’s best budget iPhone, and the third generation will be announced at the Spring 2022 Apple Event in March.

It should be a big upgrade for Apple’s most affordable handset, with the same processor as the iPhone 13 for an incredibly low price. But affordability was never the main selling point of Apple’s entry-level iPhone: it was all about the portability.

So when Apple introduced the very first iPhone SE back in 2016, it was all about the size. According to Apple’s Greg Joswiak, the first generation iPhone SE was “the most powerful four-inch phone ever.”

So where did it come from, and how has it fitted in with the rest of the iPhone line-up? Let’s find out.

The first iPhone SE was based on the design of the iPhone 5, which despite the name was the sixth generation of the iPhone. Released in 2012, the iPhone 5 was pretty impressive at the time with its newer, slimmer body, its 4-inch Retina display and its snazzy new Lightning connector, which replaced the previous 30-pin Dock connector.

The iPhone 5 was one of the shortest-lived iPhones, replaced in 2013 by the iPhone 5S and the iPhone 5C, and it was much missed: when the next iPhone, the iPhone 6, got significantly bigger it was clear that for many people the smaller iPhone was the sweet spot in terms of portability and usability.

The iPhone SE was launched in March 2016 to make those people happy, and while it looked like the iPhone 5 it didn’t have the same innards.

Instead of an Apple A6 chip it had the same A9 as the 2015 iPhone 6S, and it also had a 12MP rear camera, Live Photos and Retina Flash. It was something of a stealth iPhone, with modern internals in an older case, and it was much-mourned when Apple canned it in late 2018.

It has the distinction, along with the iPhone 6S and 6S Plus, of having the longest iOS support of any iPhone: seven versions, starting with iOS 9 and running all the way up to iOS 15.

Like the first generation, the second iPhone SE was a mix of older design and modern insides. It was based on the iPhone 8, but inside it was an iPhone 11: it had the A13 Bionic system-on-a-chip and a 4.7-inch Retina display.

That’s small compared to other phones, but it was a significant improvement over its predecessor’s 4-inch display, and it has True Tone, Display P3 and HDR10/Dolby Vision support (although it can’t actually display HDR; instead it enhances the content for its own display).

The biggest change we’re expecting to see in the 2022 iPhone SE 3 5G is that last bit: 5G. The current iPhone SE is 4G-only, and that means it’s lagging behind much of the rest of the affordable smartphone market. Now that 5G is widely available it needs to be in this iPhone too.

According to the most recent iPhone SE 3 rumors, it’s going to have the same A15 Bionic SoC as the iPhone 13 and it’ll come in the same design and with the colors as before: white, black and red. There will be three storage options of 64GB, 128GB and 256GB, and the display will remain a relatively small 4.7 inches.

The most tantalizing rumor isn’t about the device’s specification, though. It’s about its price tag.

The phone is tipped to launch at a price point as low as $299, which is great news for consumers, but terrible news for the Android firms who currently have that sector of the market to themselves. A super-cheap iPhone SE 3 could bring a lot more new buyers into the iPhone family.