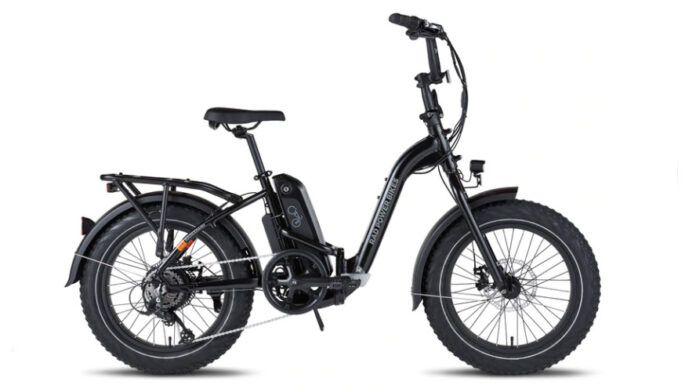 This is shaping up to be a great year for electric bikes – we’re only halfway through March, and we’ve already seen some truly exciting launches from some of the world’s biggest bike builders, plus some lesser-known names with big ambitions. There have been so many launches, in fact, that it can be hard to keep track, so we’ve rounded up all of 2022’s most exciting new launches. There are doubtless lots more on the horizon, but these are the ones we’re most looking forward to taking for a ride ourselves so far…

Folding e-bikes are extremely practical, but rarely exciting. The RadExpand 5 is the exception. This is no sedate commuter bike; instead it’s built like a tank, and packs down small enough to toss in the trunk of your car for off-road weekend adventures.

In addition to a 750W motor and super-tough frame, it boasts 4in knobbly tires for tackling mud and rutted tracks, full fenders to prevent that mud spraying up your back, and water resistant wiring. It can keep running for up to 45 miles on a single charge, which matches many road e-bikes, and is particularly impressive when you consider the RadExpand 5 weighs a hefty 62.5lb (about 28kg). Big batteries don’t come light, after all.

Yamaha is one of the oldest e-bike builders, and it’s already launched two new models for 2022 – the Wabash RT and CrossCore RC. Both look impressive, but for us, the Wabash is the most exciting of the pair thanks to its off-road capabilities. The 2021 Garmin Connect Fitness Report found that gravel cycling was one of last year’s fastest-growing activities, and throwing a motor and battery into the mix opens up the sport to even more people.

Yamaha itself calls the Wabash RT ‘tough as dirt’, and it’s built to handle rough trails as easily as smooth roads. It has a 500W motor for powering up hills, plus flat, MTB-style handlebars for maneuvrability, knobbly Maxxis Rambler tires, and Shimano GRX RX hydraulic brakes.

The Wabash RT is a class-3 e-bike, and is capable of hitting up to 28mph with the motor engaged. That means you’ll have to be careful where you ride it; in some territories it’ll be technically classified as a moped, and will need to be licensed if you want to ride on public roads (though private land should be fine with the owner’s permission). It’s available now for $4,099 (about £3,000 / AU$5,600).

This is also shaping up to be a great year for road e-bikes, including a brand new take on the Cannondale Mavaro Neo. The 2022 update of this powerful e-bike can keep rolling for up to 100 miles on a single charge, which is hugely impressive for a model without a range extender, and means you won’t have to be stingy with the assistance level during long weekend rides.

This is one of the first e-bikes we’ve seen sporting the new Bosch e-bike smart system, which includes a mobile app that puts you in control, letting you tweak power and performance on the fly and allowing you to download firmware updates without a trip to a workshop. There’s also a built-in Garmin radar that alerts you to hazards approaching from behind while you concentrate on the road ahead.

The new Mavaro Neo is available now from Cannondale for £5,800 (about $7,800 / AU$10,600). That’s definitely towards the higher end of the scale for an e-bike, but once you’ve checked out the full spec sheet, it makes sense.

Motorcycles and e-bikes are close cousins, so it’s no surprise that the likes of Harley-Davidson and Ducati are branching out into the world of pedelecs. Ducati already has an impressive range of e-MTBs for powering up muddy slopes and fast technical descents, but it’s now added a road e-bike to its arsenal – and it’s quite a looker.

The Ducati Futa (which takes its name from a pass between Emilia Romagna and Tuscany) barely looks like an e-bike at all, and is super light at 12.2kg. It’s packed with top-end components too, including a K Force WE groupset with 2×12 speed wireless electronic shifting, Vision AGX30 wheels with carbon rims, sturdy Pirelli Cinturato Velo ‘tubeless ready’ tires, and a tough, aerodynamic Trimax Carbon Aero handlebars.

Estonian e-bike builder Ampler has been busy in 2022. Not only has it revamped its existing lineup of pedelecs, it’s also added two brand new models to the range. The Ampler Juna and Axel are essentially the same, but the former has a step-through frame while the latter has a step-over design.

While the Ducati Futa is a luxurious status symbol, the Juna and Axel are light, practical, and pretty affordable as far as e-bikes go. Each one weighs between 16.3 and 16.5kg including fenders, lights, and a kickstand, which means you shouldn’t struggle to shoulder them when necessary, and you won’t have to splash out extra cash on accessories to make them road-safe.

You wouldn’t know they’re e-bikes at first glance, either – the battery and drive unit of each bike is tucked into a surprisingly slender down tube, and even the ride computer/display unit is fully integrated. All that comes for a very reasonable £2,490 (about $3,300 / AU$4,500), which is a very reasonable price for a class-1 pedelec with these specs. 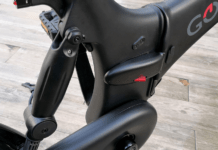 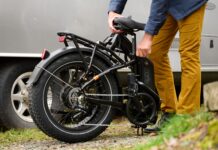