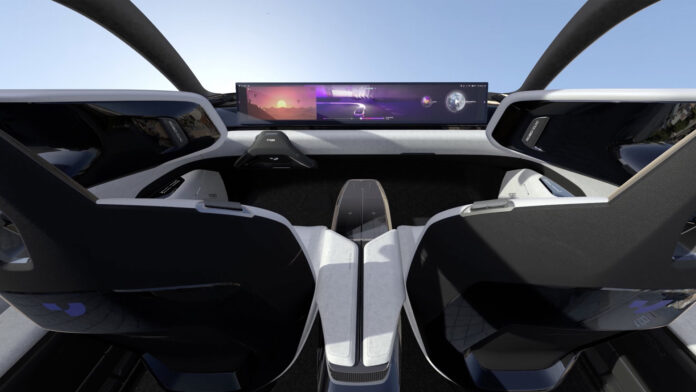 Chinese tech giant Baidu has unveiled a concept robocar called the ROBO-01. With it, the company’s EV car subsidiary JIDU, and Chinese automaker Geely hope to lead the charge into a world of fully-autonomous cars.

The ROBO-01, which Baidu announced on Wednesday, is a sleek all-electric hatchback with gull-wing front doors, a fold-away yoke steering wheel, and a huge focus on computing power. The car will employ Baidu’s Apollo platform, which is used by many car makers in China. According to the company, it has accumulated nearly 17 million miles (27 million kilometers) of supervised autonomous driving through robotaxis using the platform.

The car will be equipped with Orin X chips from Nvidia as well as 31 external sensors including LiDAR, millimeter-level wave radar, ultrasonic radar, and 12 cameras. The system as a whole, according to Baidu, has been tested thoroughly and verified through JIDU’s simulated vehicle tech called JIDU SIMUCar.

Per CEO Xia Yiping via Wired, the computing power of the training algorithms that power Baidu’s self-driving tech can be compared to that of Tesla’s custom supercomputer named Autopilot (no word, though on how this EV compares to Tesla on the driving range front). Yiping also told the magazine that the leap from building software to making hardware comes from a desire to unite both ideas.

JIDU plans to launch a limited feature production model in the fall that will be “90% similar” to the concept renders, and the company will reveal a second iteration of the concept design at this year’s Guangzhou Auto Show.