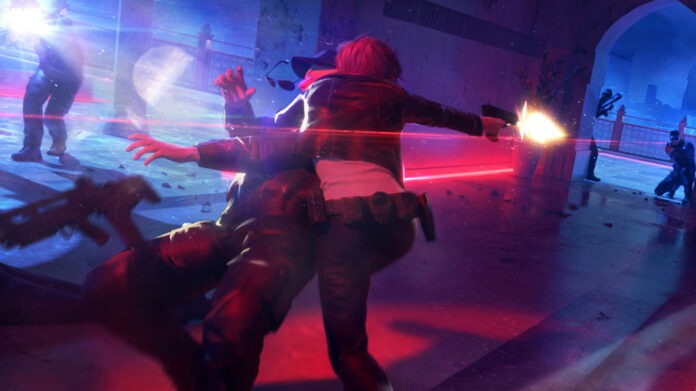 Upcoming Xbox Series X exclusive Perfect Dark has seen an exodus of developers leave its core development team across the past year including multiple senior designers, raising questions about the current and future state of the game.

As spotted by VGC, around 34 people working on the Perfect Dark reboot at development studio The Initiative have left within the past year, according to its analysis of LinkedIn profiles.

That equates to around half of the development team known to have been working on the game, and includes senior figures like its game director, lead level designer, design director, principal world builder, and a host of other senior technical, animation, QA, and art roles.

Speaking to former employees who had left the team over the last several months, VGC says many of its senior developers were frustrated with the top-down directing style of The Initiative’s studio head Darrell Gallagher and game director Daniel Neuburger.

Neuburger joined the game’s development when Crystal Dynamics – the studio behind the most recent Tomb Raider trilogy and Marvel’s Avengers – was brought in to co-develop Perfect Dark last year, and has also left the project.

Senior team members were allegedly irritated by the lack of autonomy they were given to design the game, describing it as making painfully slow progress because of a splintered company culture.

“Making games is hard enough, let alone when you feel like you can’t get through to people making the decisions that affect everyone,” one former employee told VGC.

Other sources suggested the addition of Crystal Dynamics to the project likely means this reboot of Perfect Dark has itself been rebooted, and is years away from release.

Gallagher told VGC, however, the staffing changes do not mean the development of the game is in jeopardy.

“It’s no small task to build a studio and reinvent a beloved franchise,” Gallagher said. “In creating The Initiative, we set out to leverage co-development partnerships to achieve our ambitions, and we’re really excited about all the progress we’re seeing with our relationship with Crystal Dynamics.

“In this journey, it’s not uncommon for there to be staffing changes, especially during a time of global upheaval over the last two years, and there’s plenty more work in front of us to deliver a fantastic Perfect Dark experience to our players.”

Analysis: don’t give up on Perfect Dark yet

A wave of senior departures from any game should leave fans a little wary, but it doesn’t necessarily indicate the project is on the rocks. The arrival of new developers and the departure of current employees indicates, above all, a change of creative direction. That change may very well prove to be fruitful in the long run, even if it creates some teething problems in the short term.

As for what this slate of departures indicates for Perfect Dark, we’d recommend not reading too far into it. Game developers may leave a studio for numerous reasons, from company culture to the competitiveness of their pay. While multiple departures could mean the game’s final form is significantly different from where it started, it doesn’t necessarily mean it will be poor.

Although the game’s most recent director may have left, Darrell Gallagher has held his position as head of studio at The Initiative since the game’s announcement, suggesting creative continuity hasn’t been wholly lost.