CyberiansTech
Home Monitor You can now own the “world’s first 240Hz 4K gaming monitor” in... 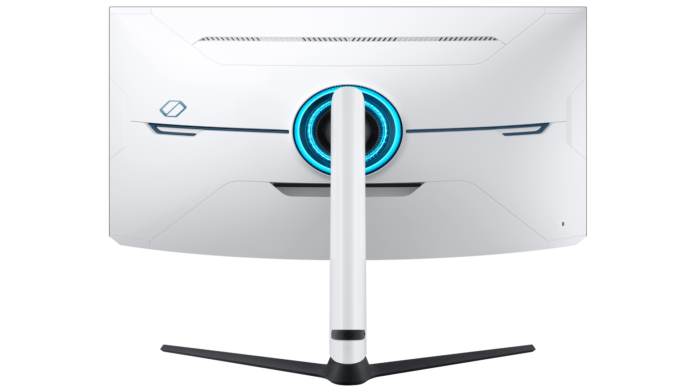 The Samsung Odyssey Neo G8, which was first revealed at CES 2022, as well as the Odyssey Neo G7 are both available now for purchase.According to Samsung, the Neo G8 is “the world’s first 240Hz 4K gaming monitor,” as well as being one of the best gaming monitors on the market. The 32-inch display is a 4K 1000R curved VA panel featuring Quantum Matrix Technology, with a 240Hz refresh rate and 1ms response time. It uses Samsung’s Quantum Mini-LED (QLED) tech, and its Quantum HDR 2000 features a 2,000nit peak brightness and a million-to-one static contrast ratio. The Matte Display uses both anti-glare and anti-reflection as well so being in a bright environment shouldn’t pose any issues.

The Neo G7 is also a 32-inch 4K monitor with 1000R curved VA panel, though this is rocking a 165Hz refresh rate, and 1ms response time. Most of its other specs and tech are similar to the G8 including the Quantum Mini LED and a 2,000nit peak brightness with a million-to-one static contrast ratio.

Analysis: Is the hefty price tag worth it?

Though not nearly as decadent as Samsung’s Odyssey Neo G9, a monster of an ultrawide gaming monitor that measured 49-inches and rocked a HDR 2000 rating, both the Neo G8 and G7 are still quite powerful in their own right and as such demand a high asking price.

However, the question remains: are these extremely pricey monitors worth the money? The answer is surprisingly complicated.

Price tags of $1,499.99 and $1,299.99 aren’t cheap and many gamers would have difficulty justifying this purchase, no matter how decked out the monitors are, but for PC enthusiasts with that kind of cash lying around, either of these two could be a wise investment.

For instance, these kinds of premium monitors would be an excellent investment for professional gamers whose entire livelihood revolves around ensuring their PC maintains the best possible performance. The 4K resolution and 240Hz refresh rate of the G8 and G7’s 4K resolution 165Hz refresh rate coupled with the ultra-low 1ms response time is an absolute dream.

And even for those who may want them for more casual use, such a bump up to their overall gaming experience could be worth the purchase as you’ll see a notable improvement in performance if you’re jumping from an older $k display that’s running at 60Hz.

All in all, no matter how niche there’s definitely a market for this sort of product. As long as Samsung delivers on its promises, that market will most likely remain loyal.