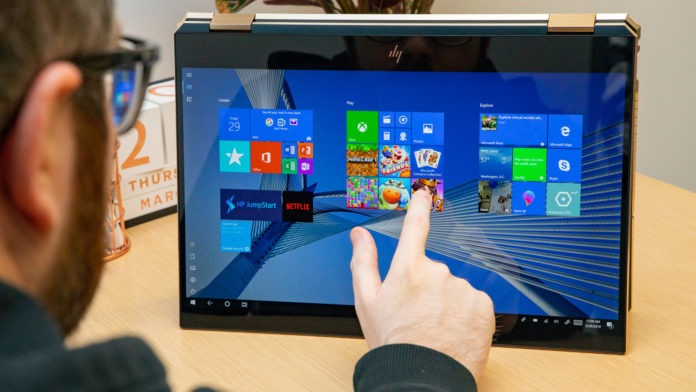 The best 15-inch laptops are some of the most commonly seen portables, and they could be viewed as ‘Goldilocks’ notebooks: not too big, not too small, but just the right size. In other words, when considering the entire spectrum of the best laptops, 15-inch notebooks nestle between the larger 17-inch (or even bigger) form factors and the compact 11 to 13-inch models.

These 15-inch laptops are nicely portable – they can be very slim and lightweight indeed – yet still have enough space to fit in some more powerful components, and also benefit from a screen which is large enough to ensure you don’t have to squint to see finer details.

For gamers, these kind of machines also offer enough display real-estate so you can properly appreciate polished visuals on higher settings (and they might come packing a good discrete GPU, to boot).

We’re not just considering gamers here, though. In this list we’ve picked out 10 of the best 15-inch laptops across a variety of categories, from hybrids to business machines, covering all platforms including Windows 10, macOS, Chromebooks and even Linux. There’s something for everyone here for those hunting out a mid-sized notebook. 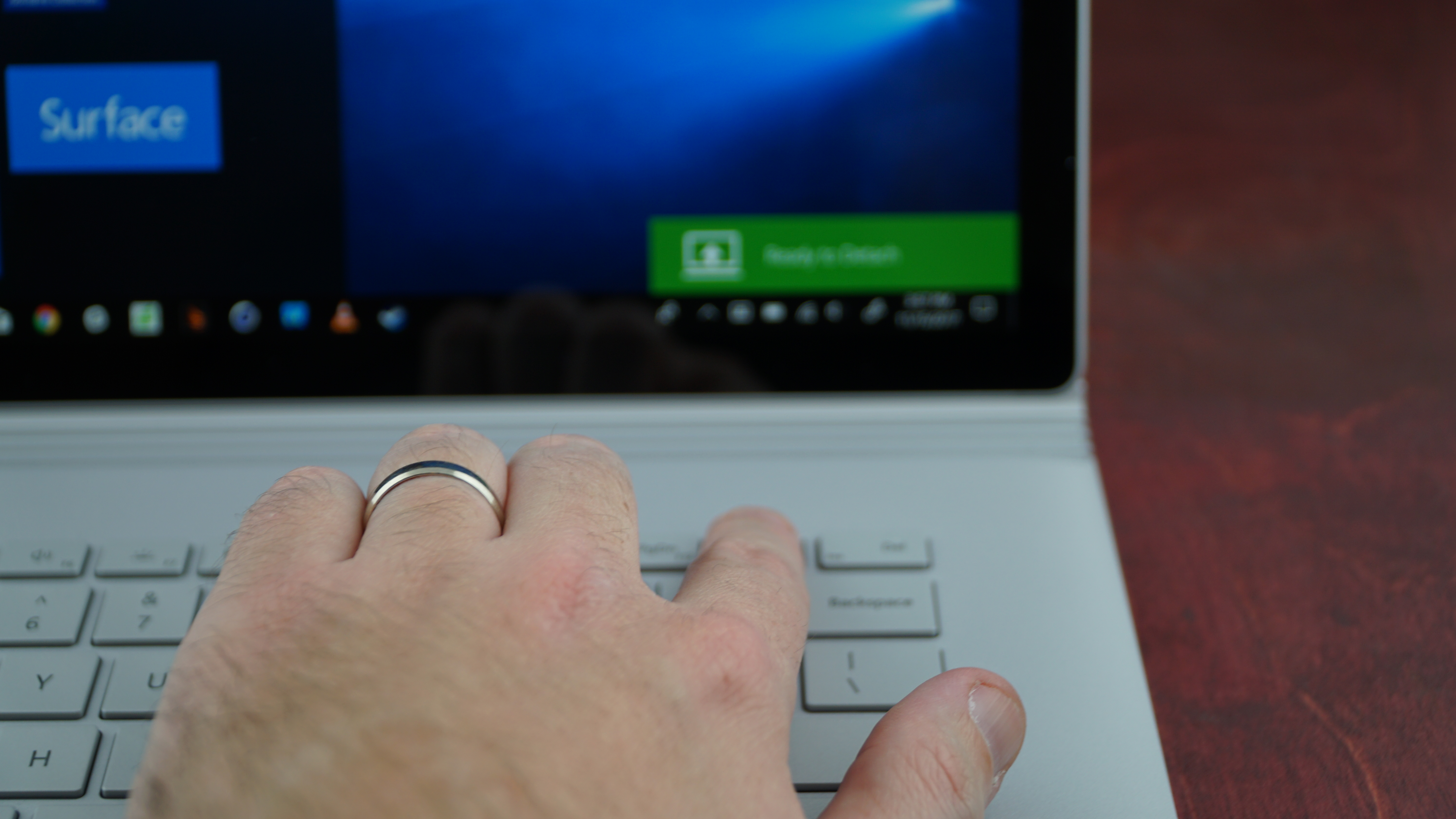 Microsoft produced something quite special with the Surface Book 2. It’s a truly versatile machine, being a 2-in-1, and there’s a ton of power packed into that relatively slim convertible chassis. With a discrete GTX 1060 graphics card, the Core i7 version of the Surface Book 2 can even tackle newer games at Full HD resolution and decent details, when you want to kick back and relax.

This Microsoft machine also manages to pack incredible battery life, as we discovered in our testing, and has a gorgeous display. And that screen is impressively light when detached to be used as a tablet, too. There’s just so much to like here, except for one thing: that price tag.

Yes, this is one expensive 15-inch laptop, although in recent times, we’ve seen some decent discounts popping up regularly – and Microsoft has also manufactured a considerably cheaper Core i5 version (with no discrete GPU, though). At the time of writing, the latter is on sale in the US at two-thirds of the full recommended price of the Core i7 model (with 256GB storage). But yes; it’s still expensive.

As usual, if you want the best, you pay for it – but check out our next entry for a great alternative that won’t damage your wallet to anything like this extent. 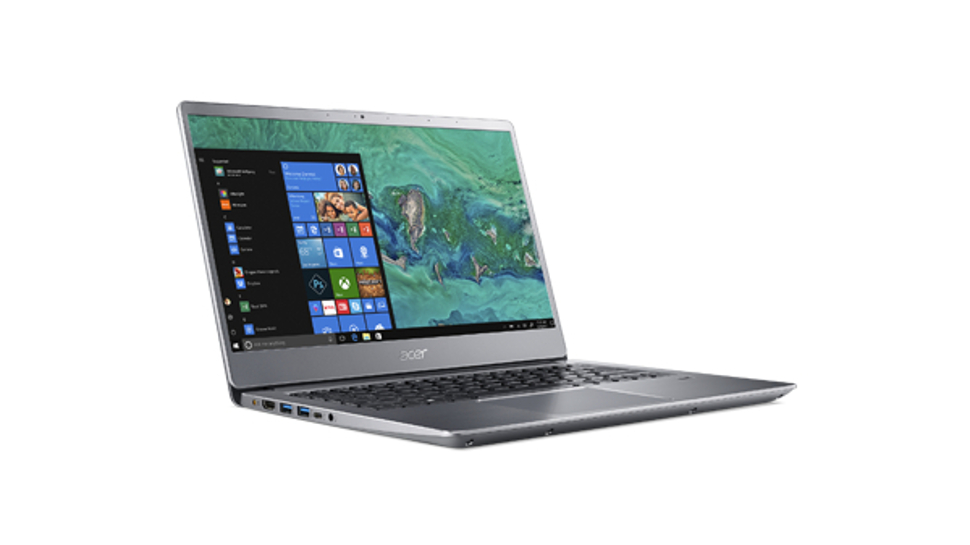 If you don’t want to splash out a large amount of cash to secure the high-end beast which is our top overall pick – and it’s a fair comment that many won’t – then consider this alternative as a best all-round pick which is much more affordable. It’s not a hybrid, but it is very well-featured and can turn its hand to pretty much everything as a result.

Now, one thing to bear in mind here is that there are a number of different models of the Acer Swift 3 on sale, some of which are 14-inch and some 15-inch (we reviewed, and loved, the older 7th-gen Intel CPU 14-inch version here for example).

What we’re highlighting in this article are the 15.6-inch variants which run with 8th-gen Intel processors, and pack impressively powerful components given their price tags (including models with both hard drives and SSDs, giving you space plus speed, and indeed Intel Optane options).

These machines will cope with any everyday computing task admirably, and a spot of light gaming too. You also get an impressive selection of ports, alongside great input peripherals (including a large trackpad and backlit keyboard), a fingerprint scanner, and sterling battery life.

Acer’s Swift 3 might look like a bland budget portable, but do yourself a favor and don’t judge a laptop by its cover. This is a great all-rounder with some tempting deals to be had online. 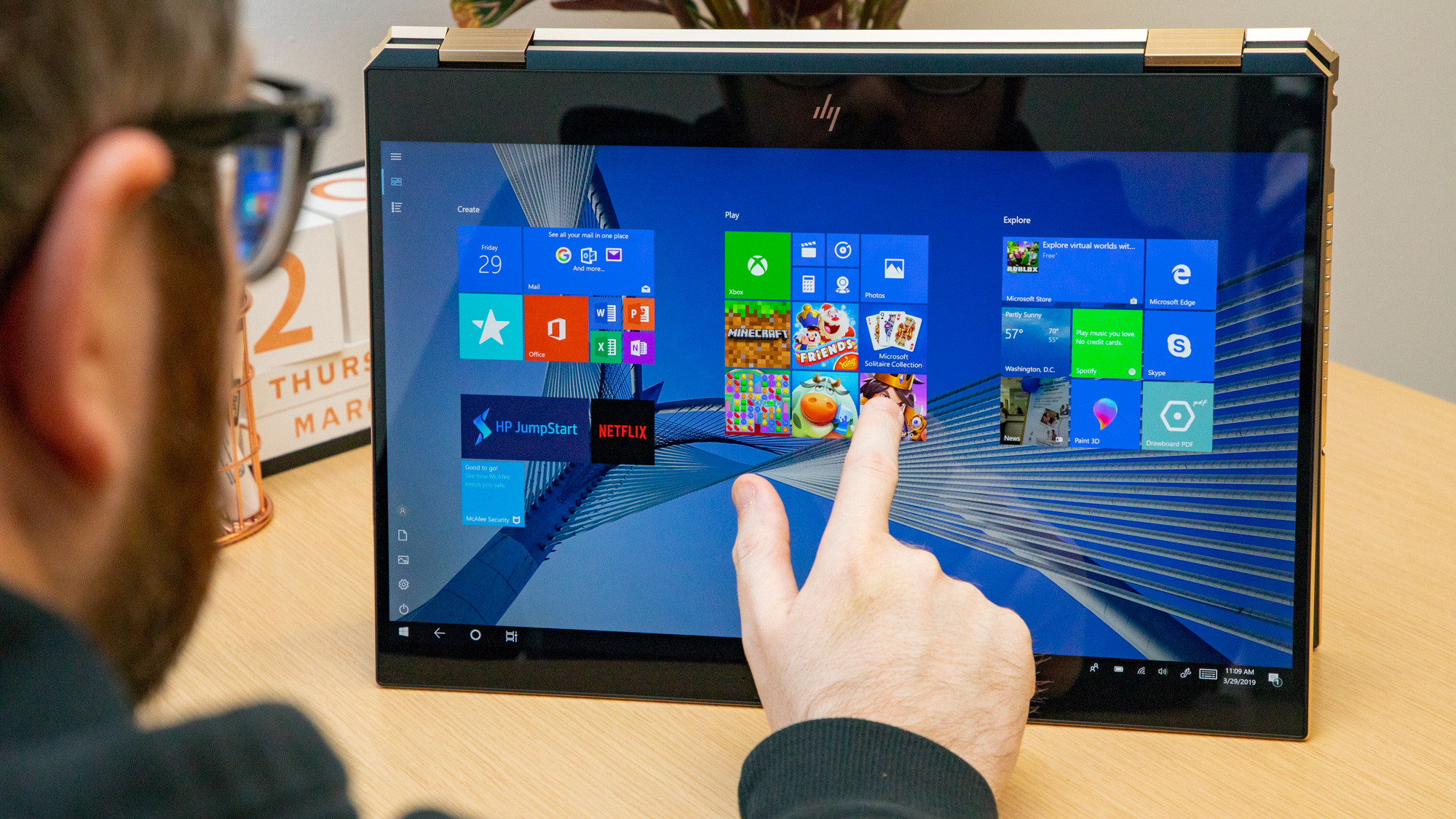 Those wanting a 15-inch convertible with versatility in spades should have HP’s Spectre x360 near the top of their wish-list. It’s a head-turning laptop with a slick design (albeit with a few oddities, including an awkwardly positioned trackpad), but this is no superficial portable – it backs up these good looks with enough power to cut through any computing task you might wish to tackle. Of course, it helps that the very latest incarnation of this hybrid has updated its hexa-core CPU to a 9th-gen Intel Core i7-9750H.

Creative types will also appreciate the bundled Tilt Pen which can be used to good effect with the excellent 4K resolution IPS touchscreen, and this 2-in-1 also packs a discrete GTX 1650 graphics card which means it can even tackle gaming to boot. As we said, this 15.6-inch laptop delivers versatility in spades, but prepare your wallet, because it doesn’t come cheap (but at least HP’s offering is more affordable than Microsoft’s Surface Book 2). 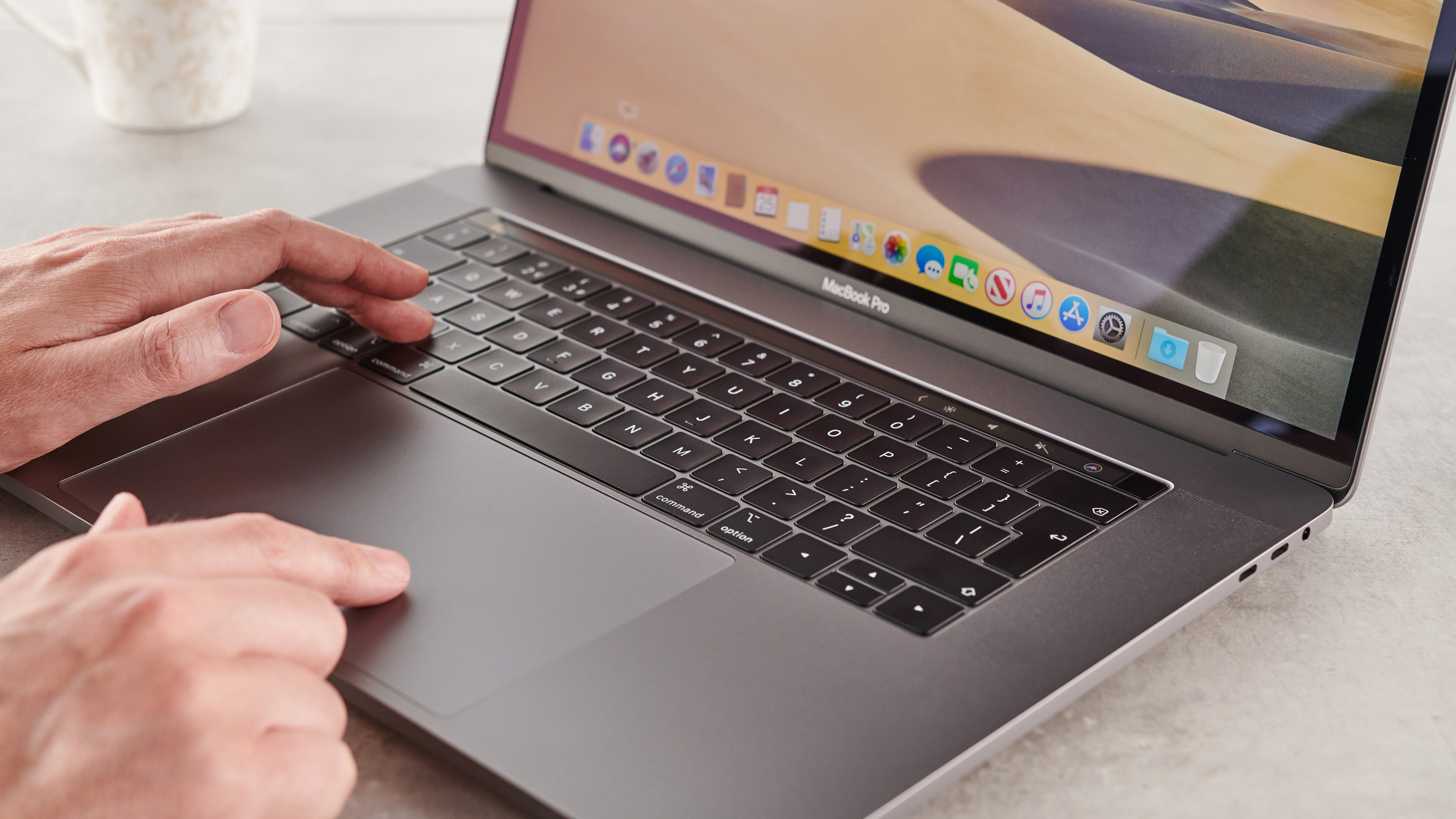 If you’re after a powerful notebook in a 15-inch form factor which is ideal for creative usage – such as video editing or Photoshop – then you’ll be well served by taking the macOS route rather than Windows, with the larger MacBook Pro.

This year Apple has boosted the power of the MacBook Pro 15-inch with new 9th-generation Intel processors, with options that run up to a mighty 8-core Intel Core i9. So you most certainly won’t be left wanting on the performance front, with our review benchmarks showing that this 2019 incarnation is a considerably more powerful MacBook than its predecessor.

This 15-inch laptop is ideal for heavyweight editing with a choice of AMD Radeon Pro graphics solutions and the possibility to spec up the notebook to 32GB of RAM. And don’t forget the high-quality Retina display along with that improved Touch Bar which can certainly prove a very useful tool with creative applications. 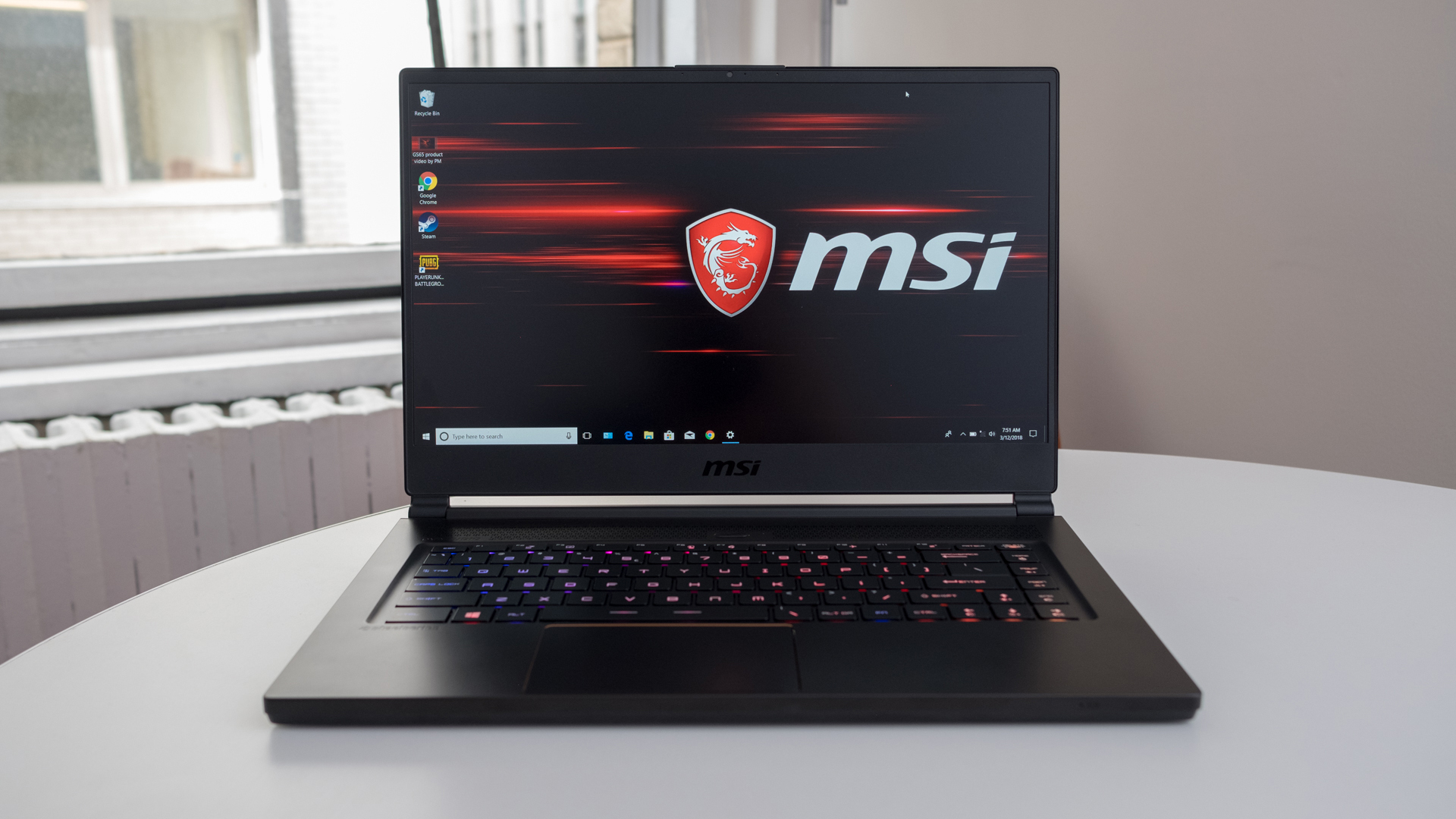 This is the gaming laptop that has everything in many respects. It’s extremely thin (for a gaming notebook) and highly portable thanks to Nvidia’s Max-Q technology being implemented by the GPU, so you can take this 15-inch model anywhere – unlike some of the bulkier gaming machines you’ll typically find. Yet despite the svelte (and smartly designed) chassis, the GS65 is plenty powerful enough.

There’s loads to like here, including a beautiful display with a 144Hz refresh rate which allows the powerful components – that include (up to) a GTX 1070 graphics card – to deliver extremely smooth frame-rates with all the latest games.

MSI’s GS65 isn’t cheap (although what high-end gaming laptop is?), and there are a couple of niggles including some disappointingly tinny speakers (but you can always use headphones). This is, quite simply, a fantastic choice for a portable and powerful gaming notebook which we dubbed the ‘ultimate crowd pleaser’ in our review.

If your budget won’t stretch to something like the MSI laptop above, then this more affordable gaming laptop from Dell makes a great choice for a 15-inch model that won’t make such a hole in your bank balance.

We reviewed the Dell G5 15 5590 and found it could easily deal with 1080p gaming, while giving you a pretty incredible level of battery longevity (around 10 hours for movie playback, which is remarkable for a gaming portable).

Overall, it’s a really well-balanced machine with a reasonable price tag, and the latest versions of the Dell G5 15 have been refreshed to include 9th-gen Intel Core processors (up to six-core models). 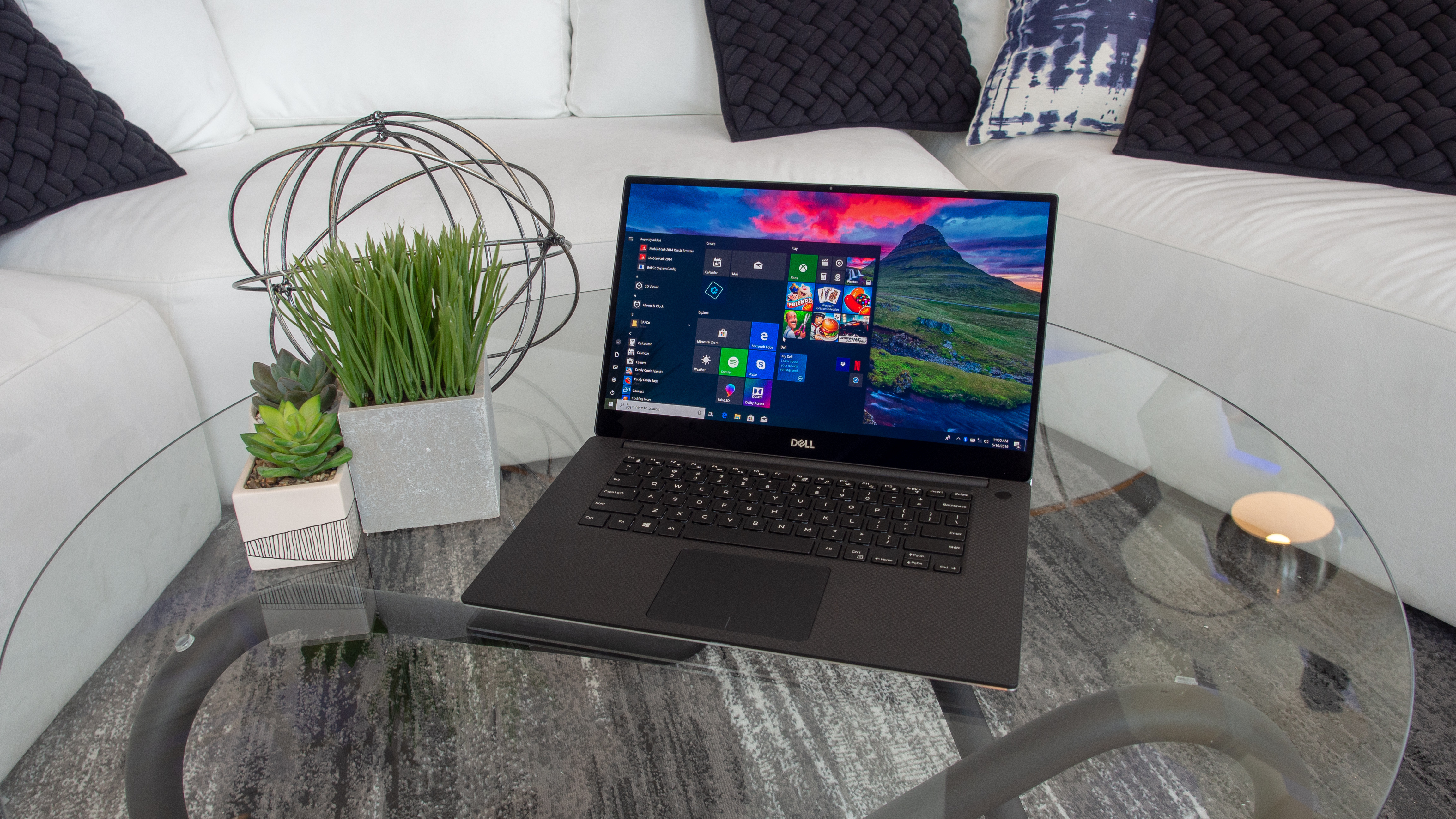 Dell’s XPS 15 may not have changed much in the last couple of years, but it remains a quality Ultrabook, and a great choice for students who need something to tackle whatever workload may come their way. It’s even possible to do some gaming – at 1080p resolution that is, although you may have to turn the details down a bit depending on the exact game.

Currently, Dell is still selling some models of last year’s XPS 15 with 8th-gen Intel processors, alongside the newly refreshed variants of this 15-inch laptop which carry 9th-gen chips (and Nvidia’s GTX 1650 GPU). You can spec these machines up to a pretty hefty level including 32GB of system RAM and a 4K OLED screen with vanishingly slim bezels (remember that this machine crams its 15.6-inch screen into a relatively small chassis, getting a big tick in the portability department).

The XPS 15 range isn’t particularly cheap, but the pricing is reasonable enough for what you get – although the new models with the OLED screen are particularly expensive, so prepare for that. However, students who are more strapped for cash might consider a Chromebook such as our next entry. 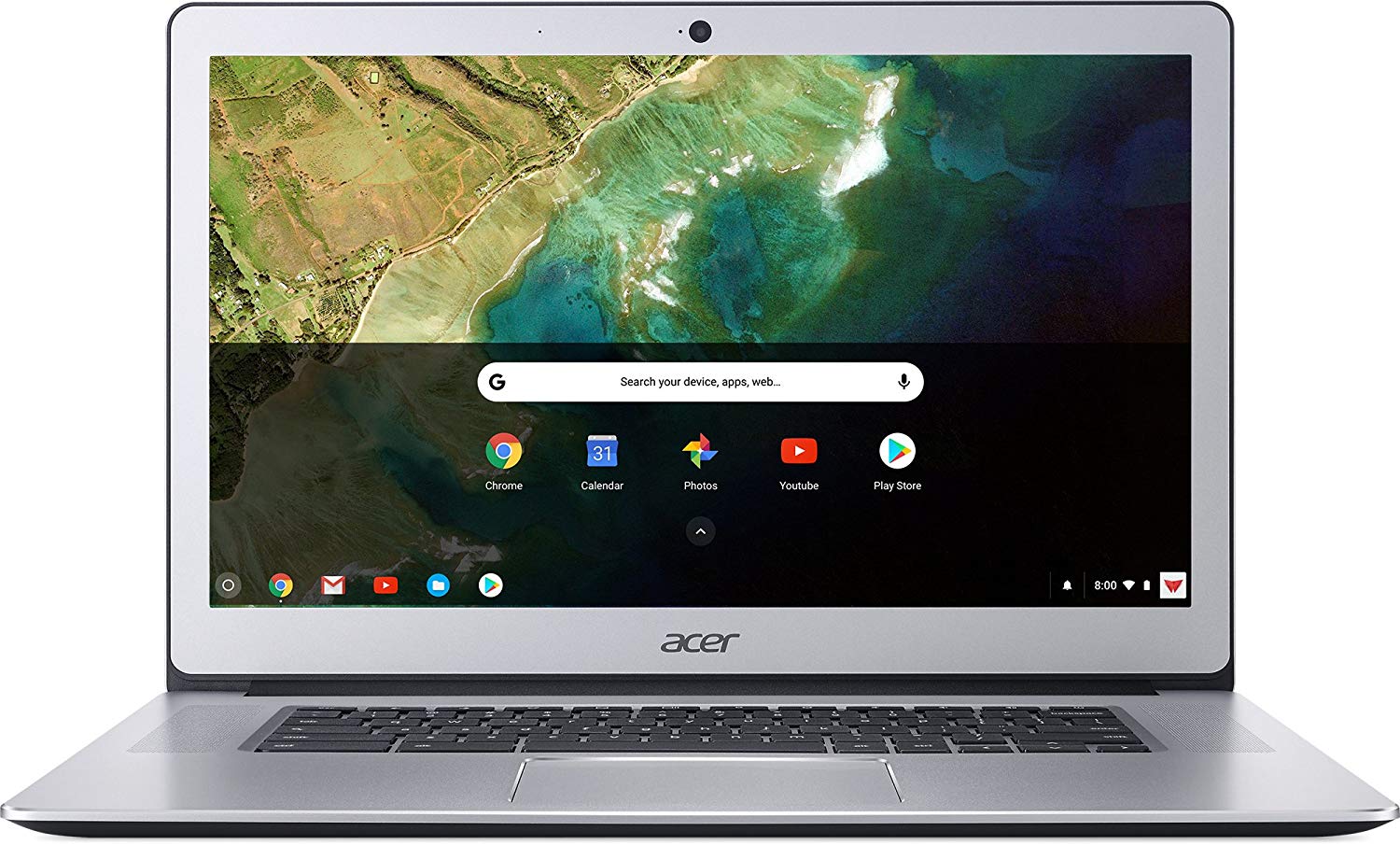 If you’re not bothered about running Windows (or indeed macOS), then it’s always worth considering a Chromebook, because these nifty machines can come very cheap. And this Chrome OS-powered effort from Acer is no exception on that front.

Acer’s Chromebook 15 benefits from a pleasingly sharp and vivid 1080p touchscreen display, and it’s powerful enough to do the job on the performance front. This notebook is fanless and benefits from a truly colossal level of battery longevity.

Note that the Chromebook 15 isn’t a convertible machine – although it does benefit from a 180-degree hinge which means it can be laid flat on a surface. It’s a great choice for those wanting a wallet-friendly 15-inch laptop which delivers across-the-board, particularly with battery life.

The good news for those after a business laptop in the 15-inch form factor is that there’s an incredible machine available in the form of the ThinkPad X1 Extreme. The bad news, though, is that the price tag is as extreme as the superb performance levels you’ll get with this portable.

It’s difficult to know where to start in describing just how good this machine is. Maybe the 15.6-inch multi-touch display, which in the 4K HDR option is simply stunning and benefits from top-notch color accuracy? Or the speedy performance driven by a six-core CPU, GTX 1050 Ti graphics and superfast NVMe SSD? Or just the little things, like the well-featured connectivity, the refined keyboard, or the potential for upgrades with this laptop?

As we already mentioned, the price may cause the odd eyebrow to rise or jaw to slacken – possibly both – but some corporate users will doubtless want to own the ultimate business laptop for their mission-critical tasks. And the ThinkPad X1 Extreme definitely fulfils that ‘ultimate’ billing, and arguably not just in the 15-inch world. 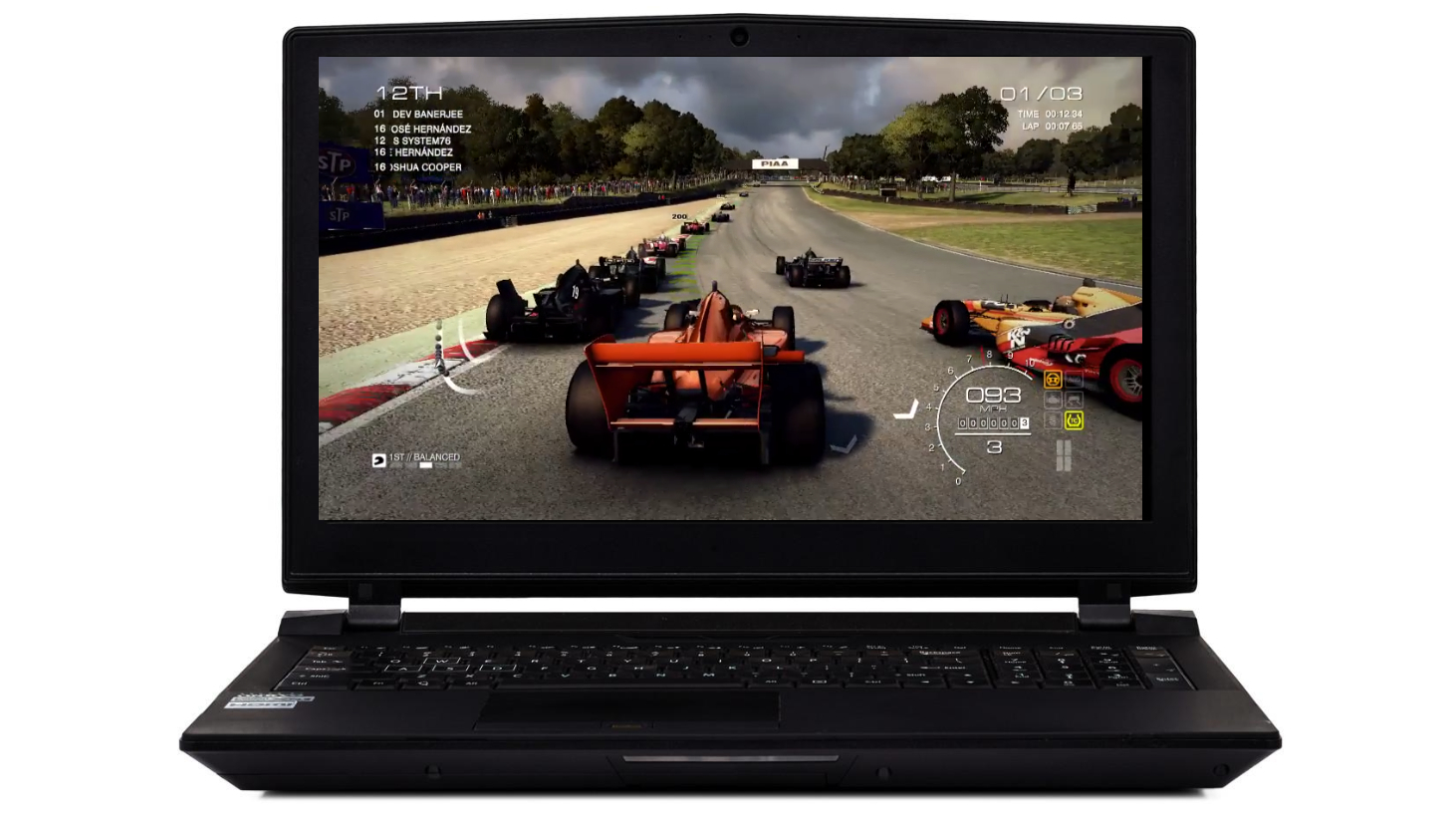 We’ve covered Windows and Mac portables, as well as a Chromebook in our list, so it’s only fair to round off with a dedicated Linux 15-inch laptop. And our pick of the bunch is System76’s offering (which also comes in a 17-inch flavor).

The Serval WS sports bags of power under the hood with a six-core 9th-generation Intel processor, backed up with an RTX 2060 graphics card. You can spec up to 64GB of system memory (although that will cost you, unsurprisingly) and up to 2TB of SSD storage (NVMe optionally). All of which will give you quite the Linux machine capable of running heavyweight apps and demanding gaming (making the most of the notebook’s 144Hz screen for your frame-rates in the latter case).

With these components, even the base machine isn’t cheap, but if you want a fully-fledged Linux monster of a portable – which can be pre-installed with Ubuntu 18.04 LTS or Pop!_OS – this System76 machine fits the (substantial) bill.