The best AirPlay speakers let you stream music, podcasts, or audiobooks from your iPhone or iPad directly to a speaker in your home. This means you can enjoy the room-filling sound from your phone without the need for a more complex entertainment setup.

AirPlay is the name of Apple’s wireless streaming standard. So, maybe without knowing it, if you already own Apple products, like iPhones, iPads, or even an Apple HomePod, you’re probably using AirPlay.

But to make the most of AirPlay and the products you have already, you need some AirPlay speakers. This is why we’ve selected our favorite AirPlay-friendly speakers in our guide below. Because although there are many smart speakers on the market to choose from, not all of them will play nicely with your current Apple devices.

Back in 2019, AirPlay 2 – the next generation of Apple’s cutting-edge proprietary wireless platform – arrived on the scene. This turned the Apple streaming standard into a proper multi-room platform – it even added Siri integration into speakers that never would’ve had it before, too.

That’s when AirPlay was also added to more devices, including Samsung TVs. A few years on, and even more TV brands have at least three or four TV options with AirPlay, including LG, Sony, and Vizio, too.

But assuming you don’t have an AirPlay-enabled TV right now, which are the best AirPlay speakers for you? Find out from our guide below.

How to choose the best AirPlay speakers:

There are a lot of factors to consider when you’re looking for the best AirPlay speakers for you.

One of the obvious ones is budget. None of the speakers in our list below are cheap. But they are from some of the best audio brands around, which means your money will go further and you’ll have access to updates so they keep working for a long time. Some cheaper and older speakers might not be getting updates anymore, so that’s worth checking before you buy.

If you want AirPlay but you’re not sure your budget can stretch to new speakers, consider the Belkin SoundForm Connect instead. It’s an audio adapter that can be plugged into any powered speaker or sound system via a 3.5mm or optical port to give it Apple AirPlay 2 connectivity, giving your old speakers a very modern upgrade.

Design is also important. Luckily, most AirPlay speakers are simple and streamlined, meaning they’ll fit into most homes discretely. However, it is worth considering whether a small portable speaker, like the Sonos Roam, or a soundbar that slots under your TV, like the Sonos Beam, would suit you and your home better.

Finally, think about sound quality. All of the best Airplay speakers below are on our list for a reason, but you might have specific things to consider. For example, do you like listening to Hi-Res audio? Only a few of the options below will give you the sound quality you’re looking for.

The best way to choose the right AirPlay speaker for you is to take a look at the options and compare the specs. Be sure to click through to our reviews of the speakers too, which will give you even more information about how they work day-to-day.

The best AirPlay speakers in 2021:

Sonos One started a revolution. It’s the first smart speaker that doesn’t make users choose between smarts and sound quality because it does both very well.

Given that this is a Sonos speaker, you won’t be surprised to hear that the Sonos One sounds pretty fantastic. Throw Elegie by Mouse on the Keys at the speaker, and sound has real punch and energy to it. The song’s kick drum… well… has a kick to it, and drives the energy of the song. It’s an impressive amount of power from such a small speaker.

The speaker even deals admirably with more complicated pieces of music. Silent Earthling by Three Trapped Tigers sounds clear and crisp, despite the multiple layers of instruments circulating throughout the song.

Of course, much of what’s written above could also have been saying of the original Play:1 when it was first released back in 2013. The real story here is about how voice control is integrated – it is simply wonderfully executed.

With AirPlay 2, you can play any sound from an iPhone or iPad, or Mac computer – including YouTube videos and Netflix movies – on the Sonos One. You can also ask any Siri-enabled device to control Apple Music on Sonos speakers.

Apple’s official Siri and AirPlay speaker was the HomePod, at least until it was recently discontinued by the tech giant. For now, you can still buy the HomePod, but once stocks are depleted, it will be no more.

The obvious benefit of an Apple HomePod over an Echo or Google Home device is that it’ll play nice with your other Apple products. So if you’re a die-hard Apple fan the HomePod may be a no-brainer.

But it’s worth asking the same question you should always be asking yourself when you want to splurge on a new Apple product: how much of a premium should you pay for owning a device that fits only seamlessly into the Apple ecosystem?

When we reviewed the device we were torn because we were really reviewing two things at once: how the HomePod weighs up as a premium speaker and how it fares as a smart home hub.

In the former category, the HomePod is excellent, as it boasts incredible sound and a very intuitive set-up. But in the latter, Siri is only middling in its implementation, and the fact that you’re not able to break out of the Apple ecosystem for many key functions also rankles.

Stunning looks, but thankfully not just a pretty face

You might not have heard of it before, but Naim audio is a company that produces some of the most stylish connected speakers in the business, and we think the Mu-So Qb is the best they’ve put out yet.

It comes will a full suite of connectivity options including aptX Bluetooth, Spotify Connect, and AirPlay, which means all of your music should be supported at its maximum resolution, no matter what device you’re using.

But even if you don’t have your phone in hand, this wireless speaker is still controllable using its sleek touch-screen which allows you to access internet radio stations, for example.

It’s got a premium price, but if you pluck for the Qb then you won’t be disappointed.

A Wedge to pick up where the Zeppelin left off

It will divide people with its looks, and it will exclude some people with its price, but the Formation Wedge is Bowers & Wilkins doing what it does best, delivering bold looks and bigger sound.

Sound from the Wedge is spread far and wide, without becoming vague or ill-focused, and there’s enough outright power to fill even large rooms with sound. While it’s apparent where the music originates, there’s a much less pronounced ‘sweet spot’ than some less capable wireless speakers generate and the Wedge is an enjoyable listen, no matter where you are in relation to it.

This is the AirPlay-friendly soundbar we’ve been waiting for

If you’re looking for an AirPlay speaker that can not only stream music but tackle TV audio as well, the Sonos Beam is one of the best options money can buy.

It’s a fantastic soundbar for its price, one that takes full advantage of the Sonos ecosystem as well as Apple’s, and is a joy to use (and set up, if your television has HDMI ARC). Its smaller form factor means it’s a device that will sit comfortably next to a 32-inch TV, but it’s got enough of a footprint to not be dwarfed by a much bigger set either.

If you’re an Apple enthusiast who is also after additional functionality (like Amazon Alexa support and the possibility of multi-room audio via Sonos products), then you can’t do any better than this for an AirPlay speaker.

Big sound and stylish looks in a petite AirPlay-ready package

Naim makes some of the most stylish wireless speakers available and the Naim Mu-so Qb, a smaller version of the Mu-so soundbar released in 2014, is no exception.

In simplest terms, it’s an AirPlay-ready speaker cube that adds style to just about any room. And yes, these are our words, not Naim’s. The fabric grille on its sides is curved and a glass-like acrylic block at its bottom makes the Qb look like it’s floating. (Sort of.)

It also has a striking control wheel up top, and lit touch buttons that control playback away from your phone.

The Naim Muso Qb sound is lively, with great bass for its size, and good soundstage separation for a wireless speaker. It uses tilted drivers to make dispersal as wide and stereo-like as possible. This isn’t just an AirPlay speaker, either: It has Bluetooth, multi-room using the Naim app, a USB port for direct playback and a digital connector that lets you plug in your TV or AV receiver.

Performance, portability and versatility? It doesn’t get much better than this.

For anyone looking to enter the Apple smart ecosystem, or who has an Apple Music subscription, the HomePod mini is a great option. It’s far cheaper than some might expect, packing mighty sounds and an elegant design for under $100 / £100 / AU$150. However, Siri and the smart home experience still need some work, even years after launch.

For us, the audio performance is the key reason to buy the HomePod mini. It’s excellent for a speaker that’s so small, and it really feels like the right mix of price and sound quality. The bass isn’t too heavy, vocals aren’t lost in the mix, and when you pair two minis the stereo experience is really immersive.

The Apple HomePod mini has also gained support for handoff functionality, which allows you to seamlessly transfer music, podcasts, and calls between your phone and the compact smart speaker.

All you need to do is hold your iPhone near the HomePod mini, and as well as being able to transfer playback between the devices, you’ll also see personalized listening suggestions and playback controls automatically appear on your screen. You won’t even have to unlock your phone to adjust these settings.

The best Bluetooth speaker you can buy

The Sonos Roam is our pick for the best Bluetooth speaker on the planet, with a powerful sound, rugged design, excellent connectivity features, and smart home control. A bass-heavy audio performance makes it ideal for use outdoors, while a clever Automatic Switching feature means it’s easily used indoors, too – though audiophiles may dislike the overwhelming low frequencies and rhythmic handling.

Following in the footsteps of the Sonos Move, the Sonos Roam comes with both Bluetooth and Wi-Fi connectivity along with AirPlay support, which means it can work as a portable speaker as well as part of your wider multi-room Sonos system – and with Google Assistant and Alexa onboard, it doubles up a smart speaker too.

In spite of its (relatively) low price, you’re getting a lot for your money here. Its slick design means the Sonos Roam won’t look out of place in your home, while a rugged, waterproof and dustproof build and a decent battery life make it ideal for listening to music outdoors. 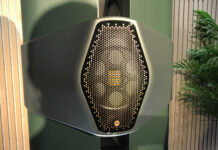 The design of these new speakers blew my mind in 2022