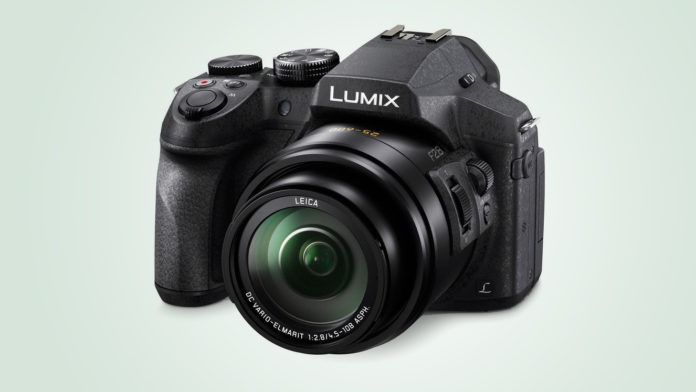 Bridge cameras are a versatile and affordable alternative to DSLRs. They offer many of the same manual controls (as well as a host of easy-to-use auto modes) plus a huge built-in zoom lens that covers everything from wide-angle to super-telephoto photography.

In essence, bridge cameras are a versatile and often more affordable alternative to DSLRs or CSCs. They feature the same kind of manual controls (typically as well as a host of easy-to-use auto modes), alongside a large built-in zoom lens that will cover everything from wide-angle to super-telephoto photography. It’s like having a bag full of lenses in one neat package.

If you want to travel relatively light, you’ll have one camera that’s great for shooting expansive landscapes as well as tightly framed subjects like wildlife.

There are two important differences to be aware of, though. The first is that while some models now sport one-inch sensors, bridge cameras still have much smaller sensors than DSLRs or mirrorless cameras. Basically, that means they’re not likely to match those models for picture quality. If that’s your key concern, stick with one of these options.

The second is that the lens is non-removable on a bridge camera, so although it can handle a wide range of subjects you can’t swap to a macro lens for close-ups, for example, or a super-wide-angle lens, or a fast prime lens for low-light photography.

Bridge cameras were traditionally so-called because they bridged the gap between basic point-and-shoot models and more advanced DSLRs. These days, some bridge cameras are extremely advanced, expensive and probably deserve to be a category in their own right. With larger sensors than we traditionally saw gracing bridge cameras, they come closer than ever to matching DSLR/CSC quality, too.

That said, there are still plenty of models out there that give you a lot of camera for your money and are great for learning with if you’re still relatively new to photography. 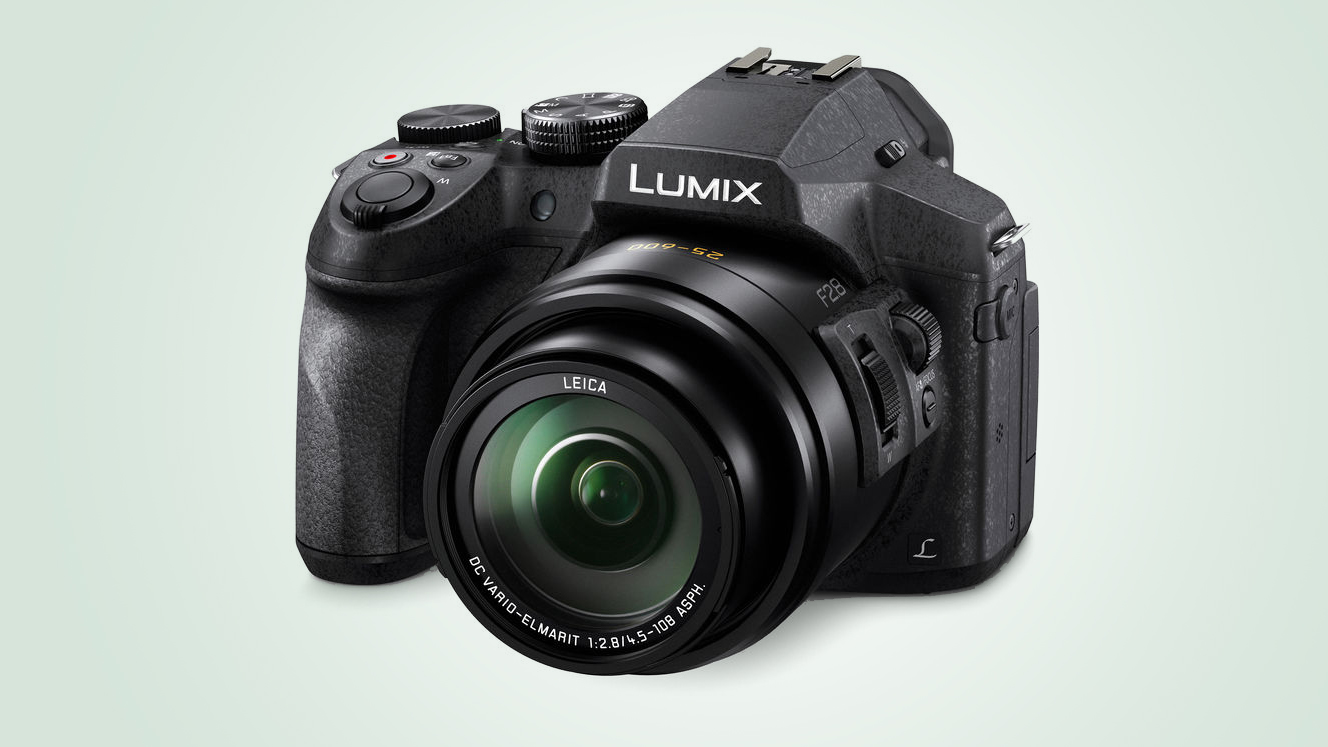 Before we get into our ten picks for bridge cameras, here’s a quick look at a great value option from Panasonic. It was launched back in 2015, so it’s a fair old age now, but that just makes the FZ300 (known as the Lumix FZ330) outside the US an even better bargain. With a 25-600mm zoom lens, what’s really impressive is an f/2.8 constant aperture throughout the range, which is particularly useful at the longer end of the zoom range. Top that off with a splash-resistant body, a vari-angle touchscreen and a decent electronic viewfinder and you’ve got all the makings of a great all-rounder. Impressively for an older model, it even shoots 4K, too. For those looking for a powerful all-in-one solution, you won’t find better than the  RX10 IV. Featuring a hugely flexible 24-600mm f/2.4-4 zoom lens, the RX10 IV builds on the RX10 III with an overhauled AF system that now does justice to the rest of the camera, while the 1-inch, 20.1MP sensor is capable of achieving excellent levels of detail. It’s quite bulky for a bridge camera, and there’s no getting away from the hefty price, but the RX10 IV is virtually in a league of its own and is perhaps even deserving of a better name than “bridge”. 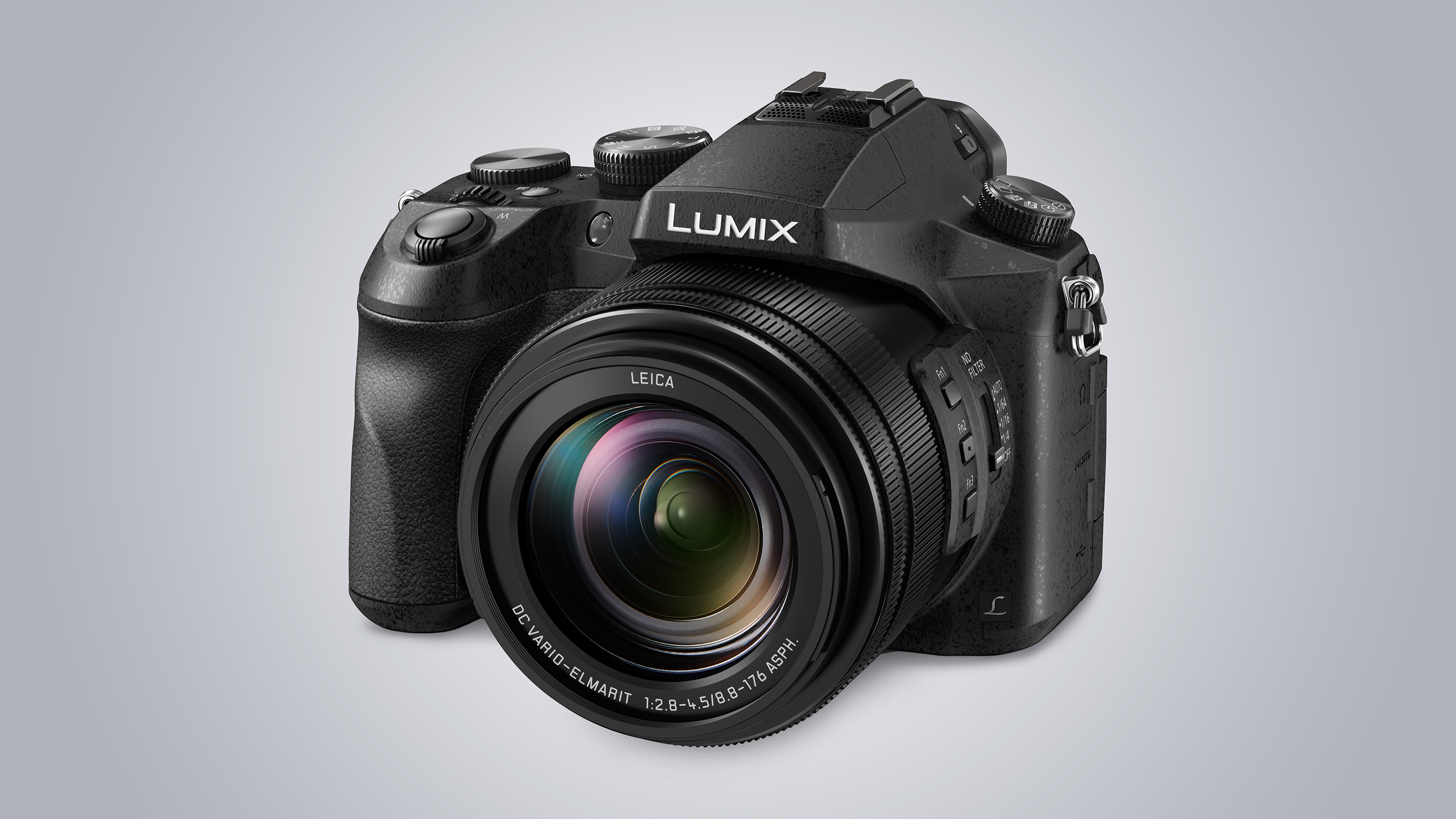 If your budget doesn’t quite stretch to RX10 IV levels but you still want something top-quality, flexible and with great image quality, the Panasonic Lumix FZ2000 (known as the FZ2500 in the US) is an excellent choice. It uses a 1-inch sensor, and while the zoom tops out at 480mm equivalent, which is relatively short for a bridge camera, that’s still plenty for all but the most extreme everyday use. We’d certainly sacrifice a little zoom range for better and faster optics, and we love the FZ2000 because it delivers both image quality and zoom range. If you’re looking for something a bit cheaper, the older FZ1000 is also worth a look, as is its successor, the FZ1000 II. 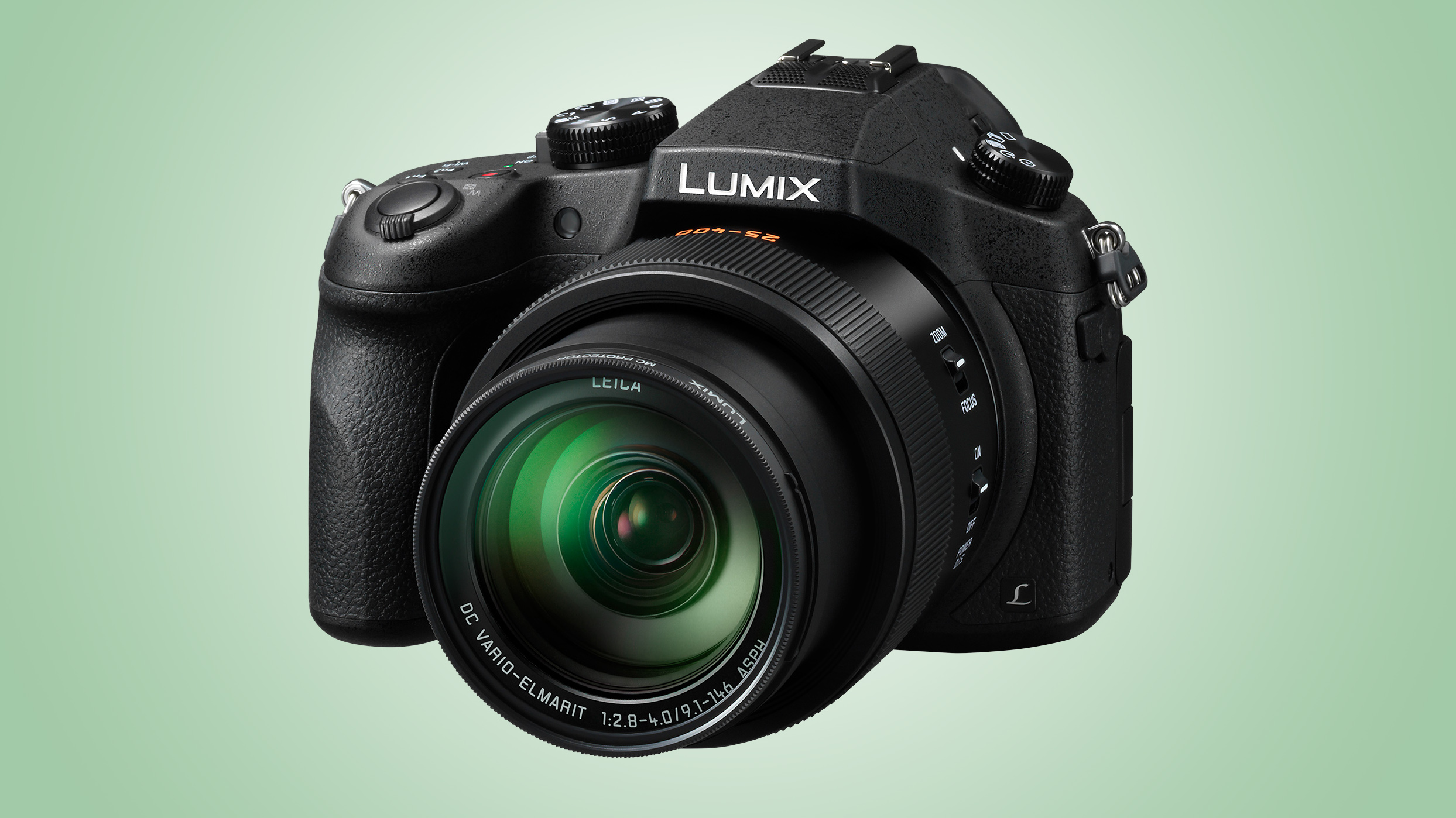 The Lumix FZ1000’s 16x optical zoom is less than that of typical bridge cameras, but that’s due to its sizeable 1-inch sensor, which delivers a big boost in image quality. This isn’t just any old lens, either, but rather a Leica optic with a large f/2.8 maximum aperture at the wide-angle end, which narrows to a still-respectable f/4 at full zoom. This helps you capture shots in low light without resorting to high ISO sensitivities, while the Hybrid 5-axis Optical Image Stabilisation minimises camera shake. 4K (Ultra HD, strictly) 3840 x 2160 video recording, advanced autofocusing, a superb 2,359,000-dot electronic viewfinder and raw shooting all help to make the FZ1000 one of our top picks. Note that Panasonic replaced the FZ1000 with the FZ1000 II this year – but as more of a gentle refresh than complete rebrand, making the older model the best value right now. 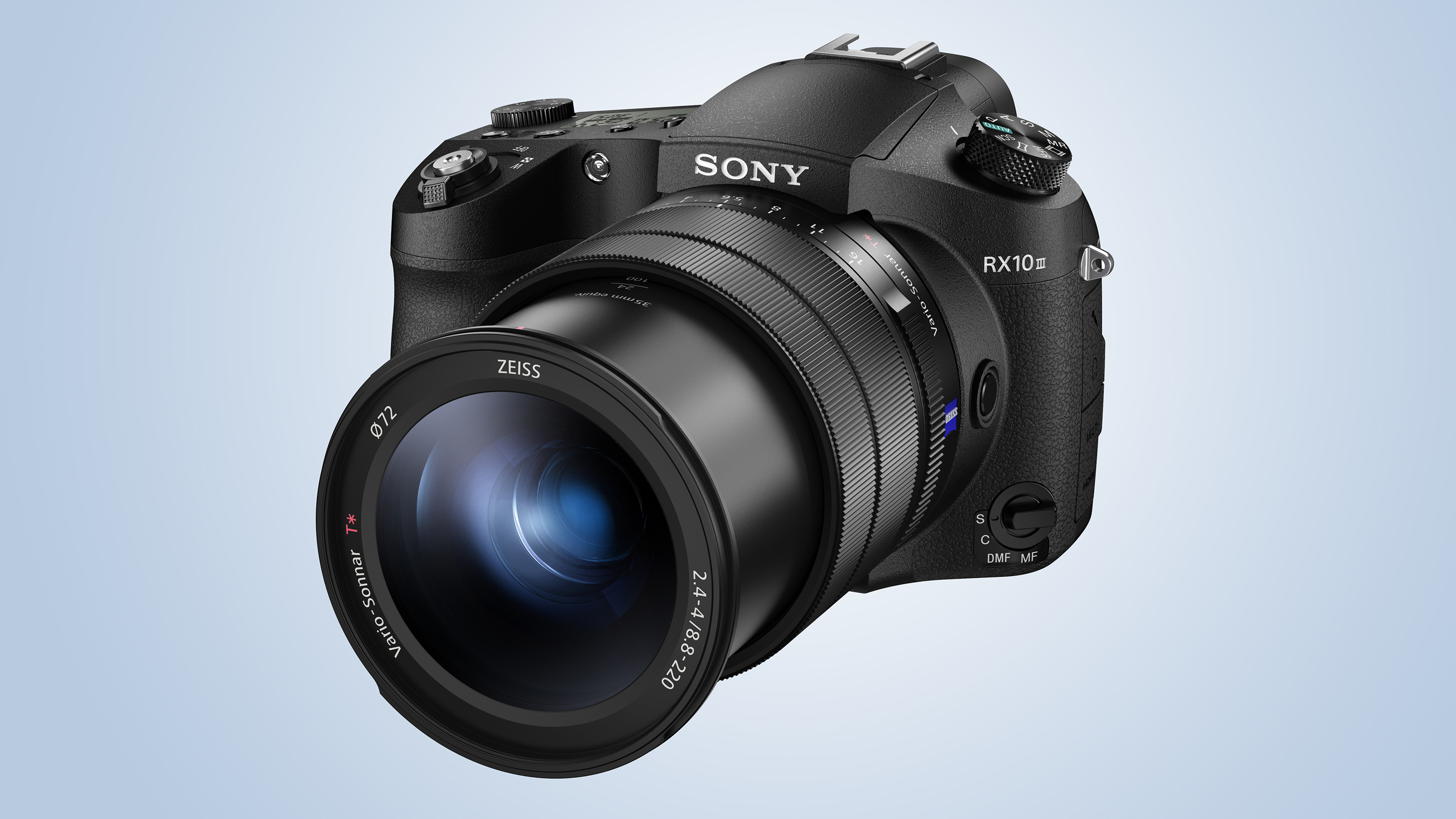 As is often the case with Sony, you can make decent savings if you look towards its extensive back-catalogue. In this case, if you can live without the advanced AF system and other performance advantages offered by the RX10 IV, the RX10 III is still worth a look. The design is pretty much identical to the RX10 IV, and you’ve got the same 24-600mm f/2.4-4 lens. What’s the compromise? Well, the AF is a bit pedestrian compared to the latest model, while there’s no touchscreen control or the ability to shoot at an impressive 24fps. 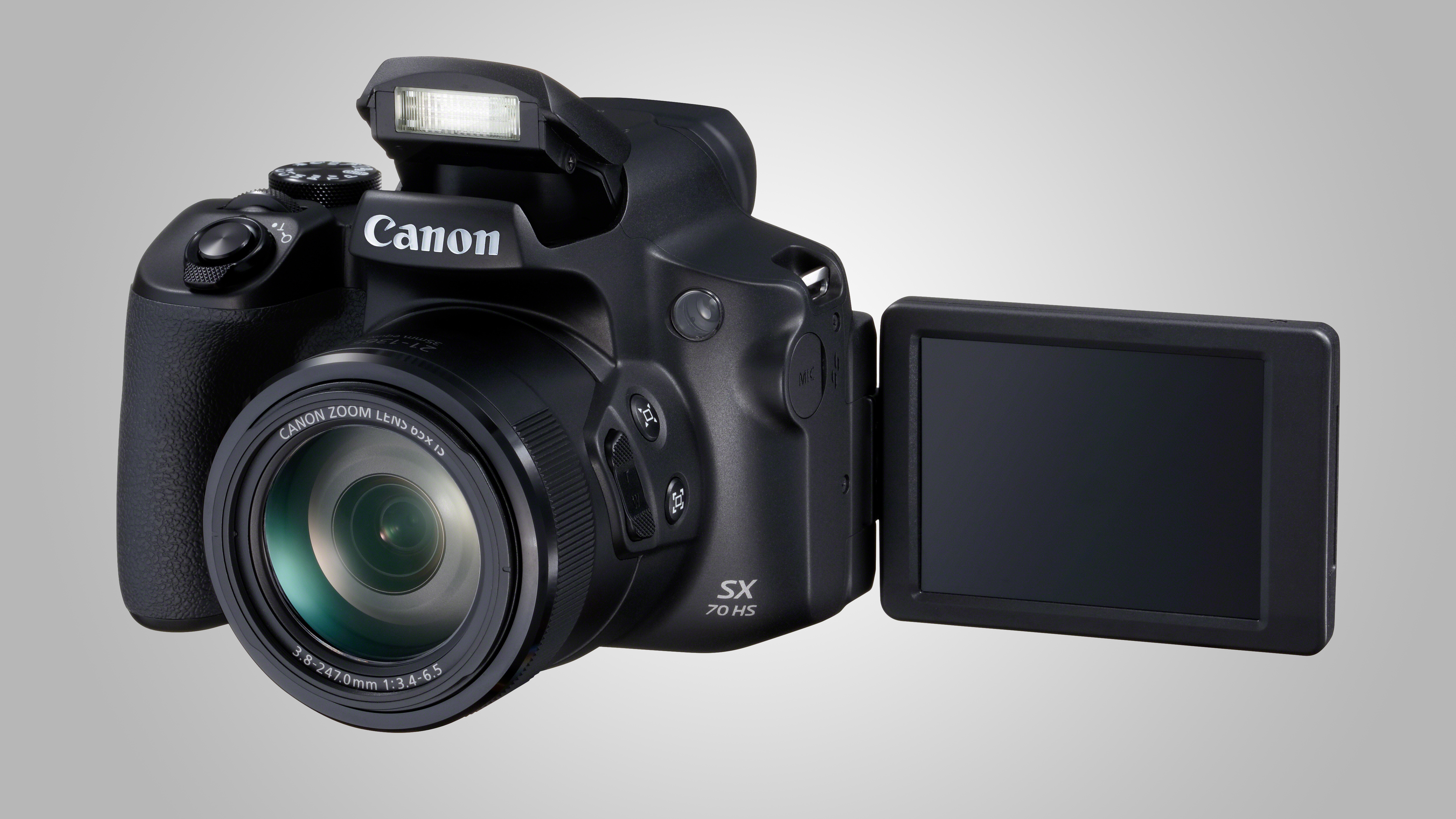 Canon’s PowerShot SX70 HS is what we’d consider a more conventional bridge camera than those found in the top four. That’s because it uses a smaller 1/2.3-inch sensor which gives you the advantage of a ginormous 65x optical zoom range. You still get full manual control, along with other great features such as an fully articulated screen (it lacks touch sensitivity though), a decent electronic viewfinder and the ability to shoot in raw format. In-built Wi-Fi and NFC is another bonus. This is a classic all-rounder which would suit those looking for something relatively small and light for trips such as safaris, where that big zoom comes into its own. A bugbear is having to activate the viewfinder manually since there’s no sensor, but otherwise it’s a solid performer. Image quality is very good, with the image stabilization system doing a good job of keeping captures even at the extreme end of the telephoto lens sharp. Shooting at the wide-angle and low-light are not this camera’s forte, but there’s good autofocus performance and speedy operation to compensate. 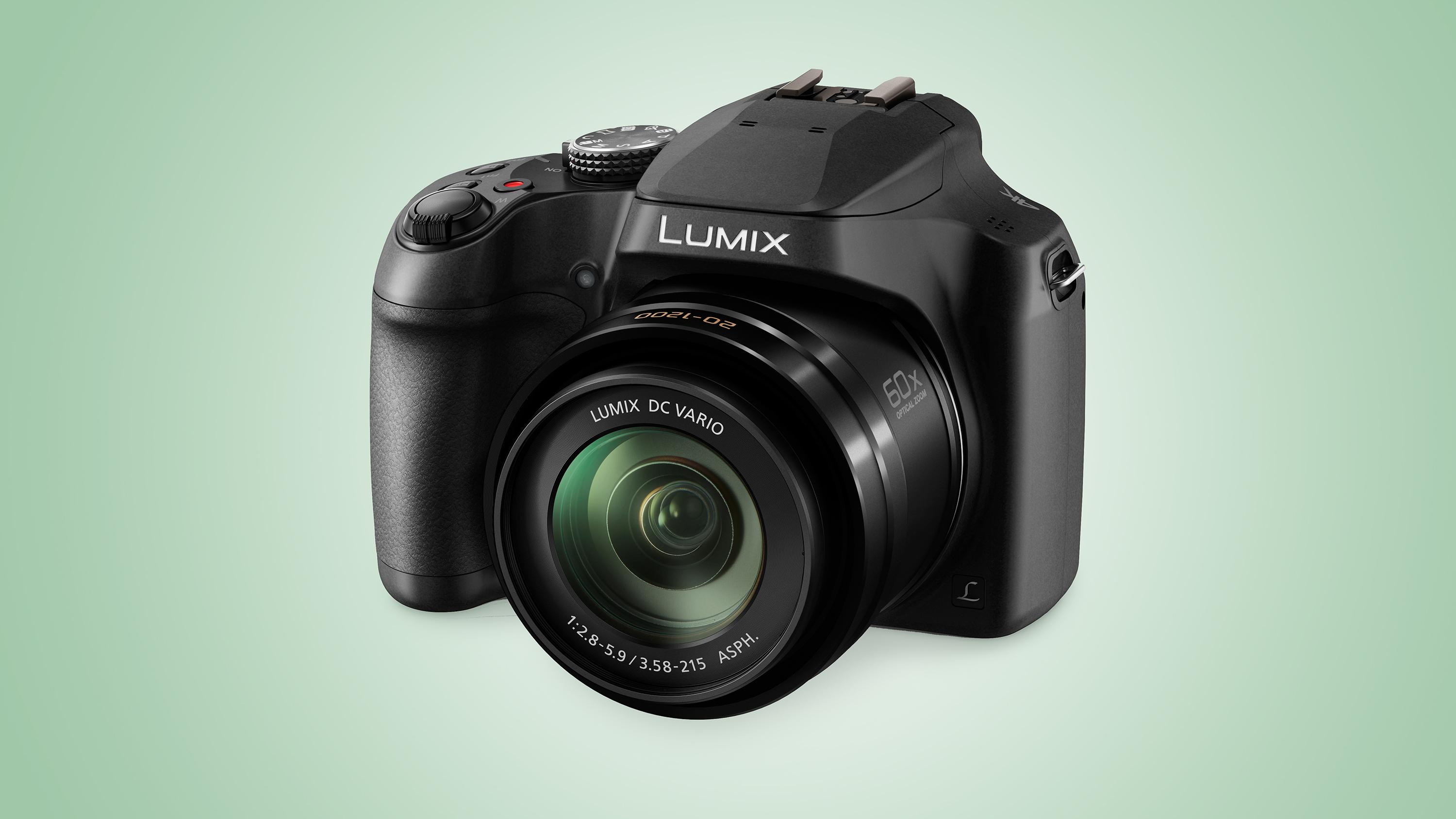 The Lumix FZ80 (known as the Lumix FZ82 outside the US) might be one of the most affordable bridge cameras here, but it still packs quite a punch. The zoom range is very impressive, going from an ultra-wide 20mm through to a staggering 1200mm, and benefits from an effective image stabilization system. There’s also 4K recording with Panasonic’s 4K Photo, which can shoot 8MP images at 30fps, meaning you should never miss that split-second moment. It’s also very easy to use, with an intuitive touchscreen. The viewfinder could be better (and there’s no eye sensor to automatically switch between the viewfinder and rear screen), while high-ISO performance can’t match that of larger-sensor (and more expensive) rivals. That said, this is one of the best budget bridge cameras around. 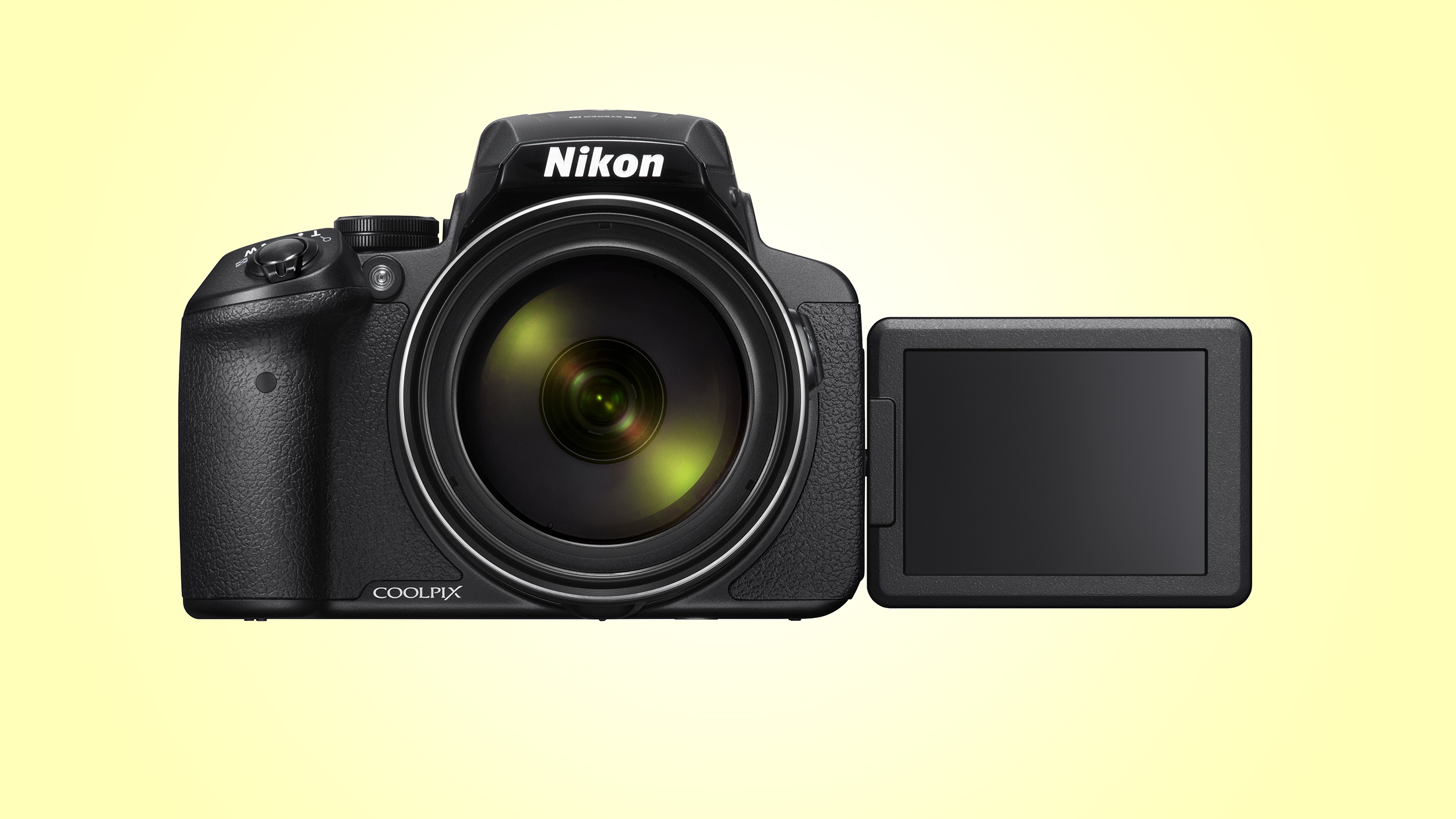 If you were thinking that the Canon PowerShot SX70 HS’s 65x zoom was pretty remarkable, then the P900 should impress you even more. Nikon pretty much rewrote the rulebook with its 83x optical zoom lens P900, which at the time was the world’s longest zoom bridge camera. It’s since been beaten, but only by the P900’s successor, the P1000 (see below). If you don’t think you’ll need the newer model’s frankly insane 125x range (and let’s face it, who does), you’ll do well to stick with the better value P900. There’s no getting around the fact that this is a hefty model, so if travelling light is your main concern, it won’t be the one for you. It also can’t match the one-inch models for image quality, either – but if you simply want to get close to the action, it’s worth looking at. 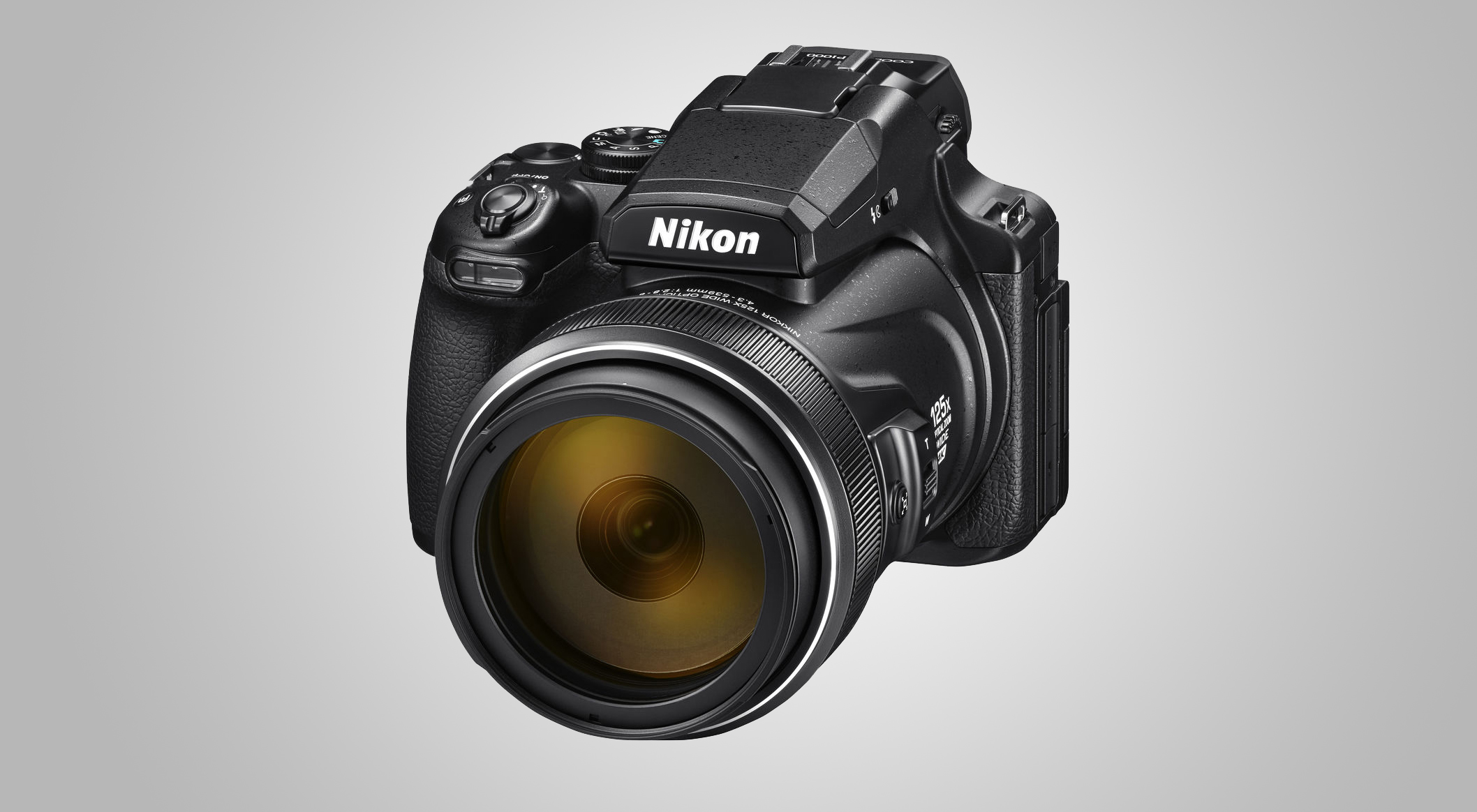 The Coolpix P1000 is the follow-up to the P900 and stretches what we’ve come to expect from superzoom cameras that bit further. The reason is the lens, with the P1000 packing in a massive 125x optical zoom range equivalent to 24-3000mm in 35mm terms, it has the potential to home in on the most distant subjects you’d realistically want to capture, be it wildlife or the Moon. If you absolutely need a camera with a 3000mm-equivalent lens, the fact that the P1000 is alone in offering this makes your decision easy. With a huge body, less-than-reliable autofocus, a sub-standard LCD and operational strifes, however, its appeal for anything else is more limited. 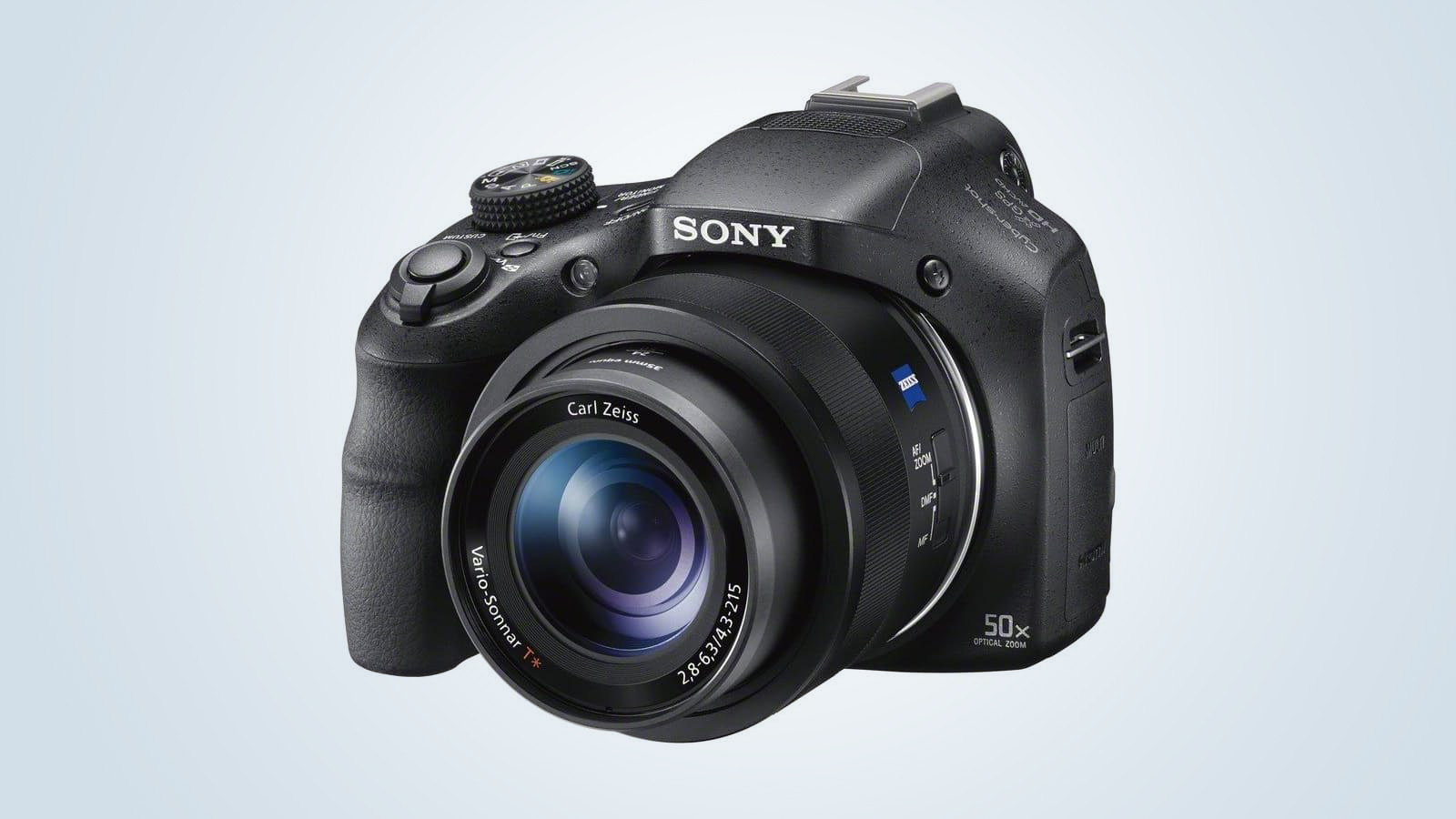 Sony’s superzoom bridge camera is closely matched with the Panasonic FZ82, and is available at a great price owing to its age. The downsides when compared to the FZ82 include JPEG-only image capture and a lesser zoom range, but if you can live with both it’s a great budget option. The HX400V claws back some ground by offering Wi-Fi, while it’s also pleasure to use thanks to its ergonomic design, and the tilting screen is nice touch, although it isn’t fully articulating. More disappointing is the relatively low-resolution electronic viewfinder. Although there’s no raw support, JPEG images have great colors and plenty of detail. Some image smoothing is visible when images are viewed at 100%, but that’s a common trait amongst small-sensor bridge cameras. 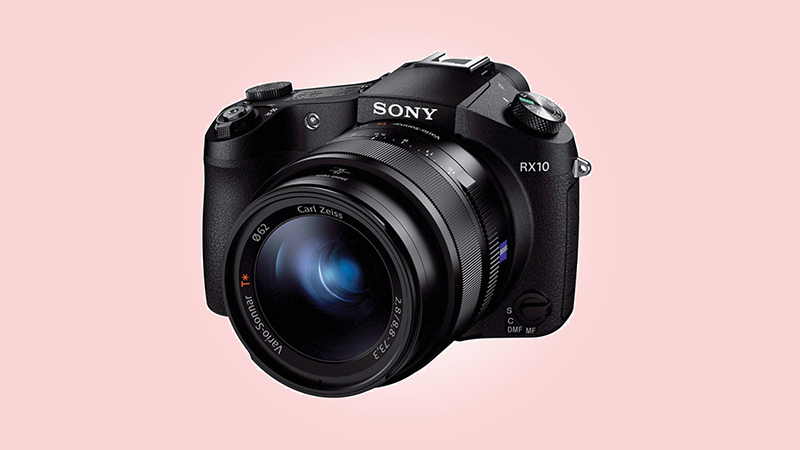 Yes, yet another Sony, but for good reason. This is where the RX10 line began its life six years ago, and Sony has kept it alive for those don’t need the fancy tricks or mammoth zoom lens of its other offerings, but just want a decent travel camera that won’t cost a fortune. The 1in sensor and 24-200mm-equivalent f/2.8 lens will still cover many eventualities, while the weather-resistant magnesium alloy body should help to keep it protected in all manner of conditions. There’s no 4K video, but Wi-Fi with NFC, together with a built-in ND filter, 10fps burst shooting and a titling LCD show it to still be competitively specced, even today. 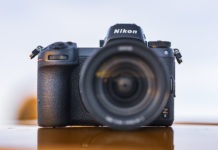 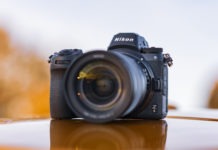 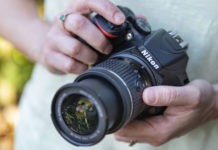 Best Computer Speakers 2019: The Best Audio Systems for your PC

Why GDS is imperative for your Health care IT Support?