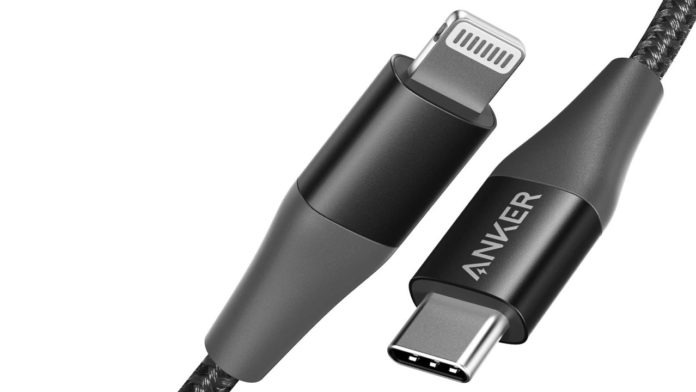 The bigger and better Apple’s batteries get, the bigger the screens and the more powerful the processors we attach them to. That means we all still need to charge our iPhones regularly.

There are two kinds of charging: wired charging and wireless. Wired can be faster, but not always: what matters is the power of the charger. Until very recently every iPhone came with a 5W charger, but iPhones have supported fast charging since the iPhone 8: for that you’ll need an 18W charger or better, and it should have a USB-C connector, not the more familiar USB-A.

iPhones use slightly different wireless charging to Android devices, so it’s crucial that you look for PD (Power Delivery) if fast charging matters to you: that’s the one Apple’s iPhones use. Without it, a fast charger won’t charge, er, fastly.

Most standalone charging pads expect you to provide the actual charger, and can’t deliver more power than you put into them – so even if an iPhone wireless charging pad can deliver 7.5W, it can’t do that if you’re plugging it into a charger that only gives it 5W.

How to pick a charger

Don’t just look at price. Look at what you want to do now, and what you might want to do next year. For example, an 18W charger will fast charge your iPhone, but it’s not powerful enough to run a MacBook Pro; a more powerful one that can may be a better option for your future travels.

It’s also wise to go for USB-C even if you don’t need it right now: that’s where everything is heading, so USB-C is future-proof and backwards compatible.

These are our favorite iPhone charging blocks, iPhone charging cables and wireless iPhone charging pads. We’ve chosen them on three key criteria: quality, usefulness and value for money. Whether you’re a road warrior or a box set binger, these chargers, cables and pads are the best ways to keep your iPhone powered up.

What to look for in a charging block

What to look for in a charging cable

Durability is key. Nylon braiding reduces tangling; look for reinforcements where the cable meets the connector, as that’s where cables tend to fray.

What to look for in a wireless charger

Many wireless chargers deliver 5W, which is fine for overnight charging, but 7.5W charges faster. 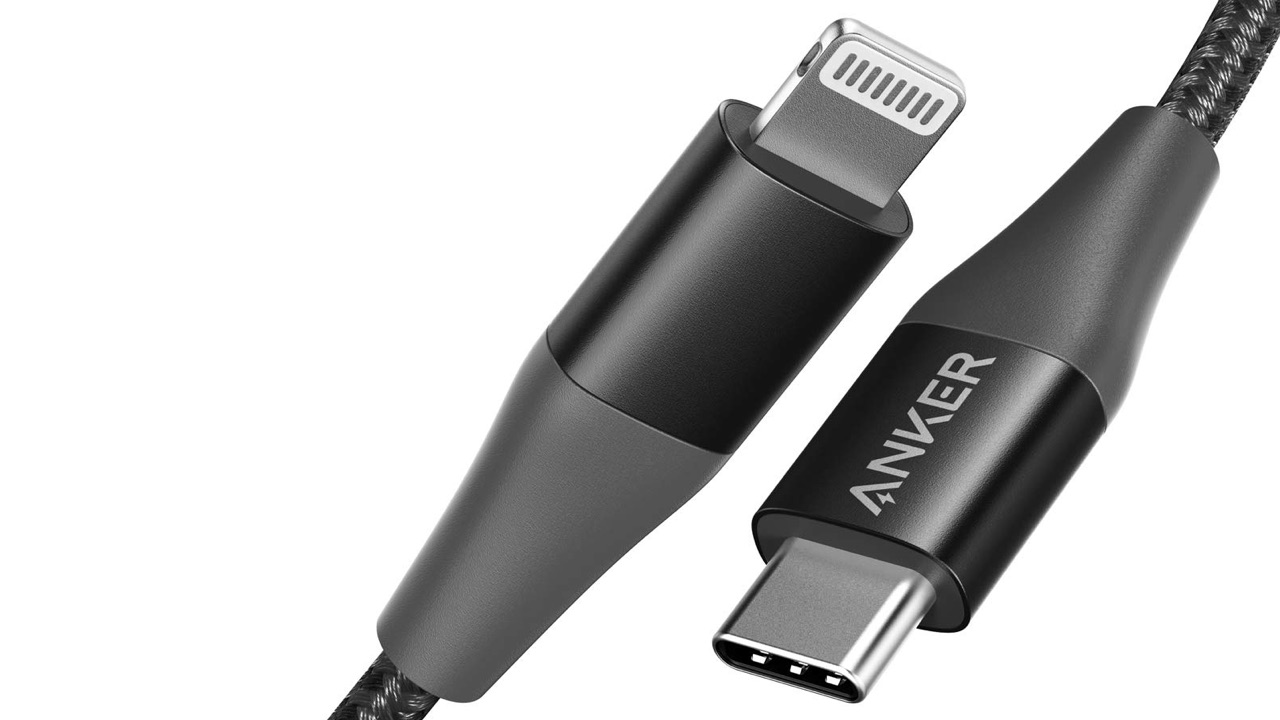 The Powerline Plus II is exceptionally tough and exceptionally quick, and may be the last Lightning cable you ever buy. That’s because it’s designed for USB-C connections, which deliver much faster charging than USB-A ones – assuming your charger delivers the right amount of juice, of course.

It works with high-powered chargers including Apple’s ones and is lab-tested to withstand 30,000 bends, which means it should last thirty times longer than lesser cables. Anker is so confident that it offers a lifetime warranty: this cable should last much longer than any of your iPhones or iPads. 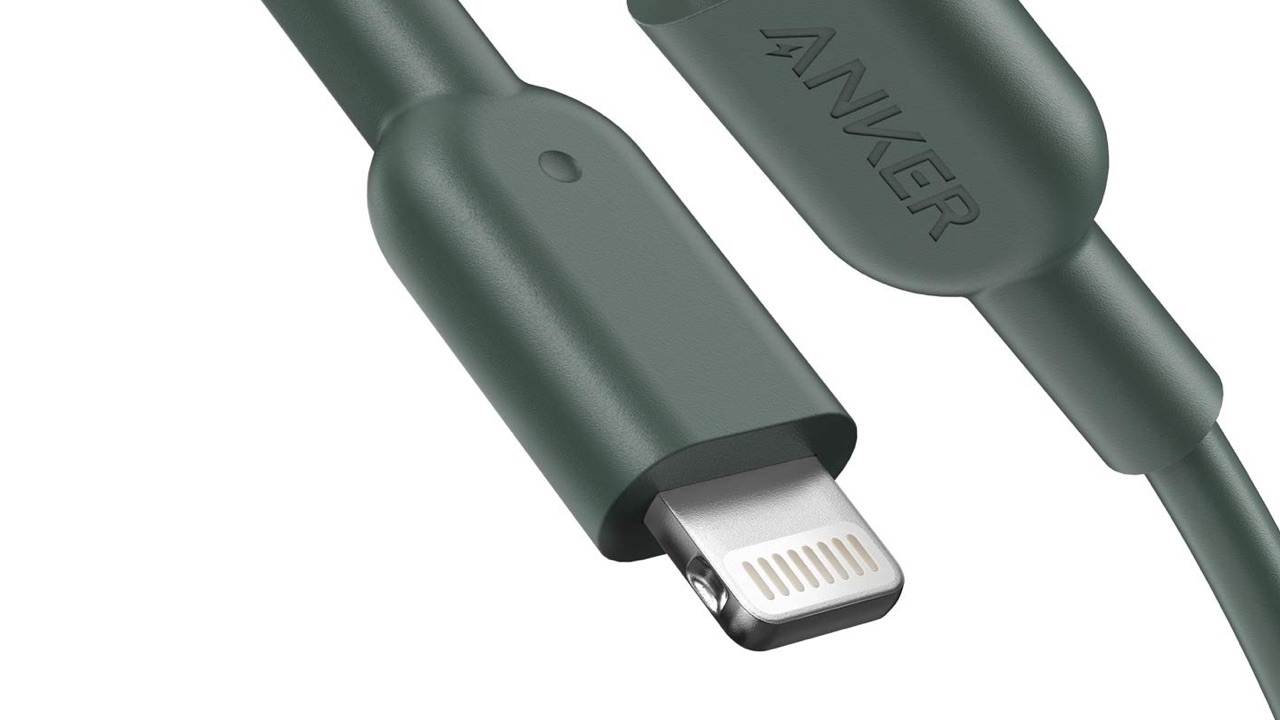 If you’re not fussed about getting a braided cable and want a 1.8 meter one, the original Powerline cables are very good value: you’ll be hard pushed to find a similarly good quality USB-C cable of the same length for the same price.

The question here is whether you want the increased strength of the braided Powerline Plus II, which is only a little bit more expensive. Where that one has been lab-tested to survive 30,000 bends, the original Powerline has only been tested to 12,000 bends – although like its sibling it does come with a lifetime warranty. 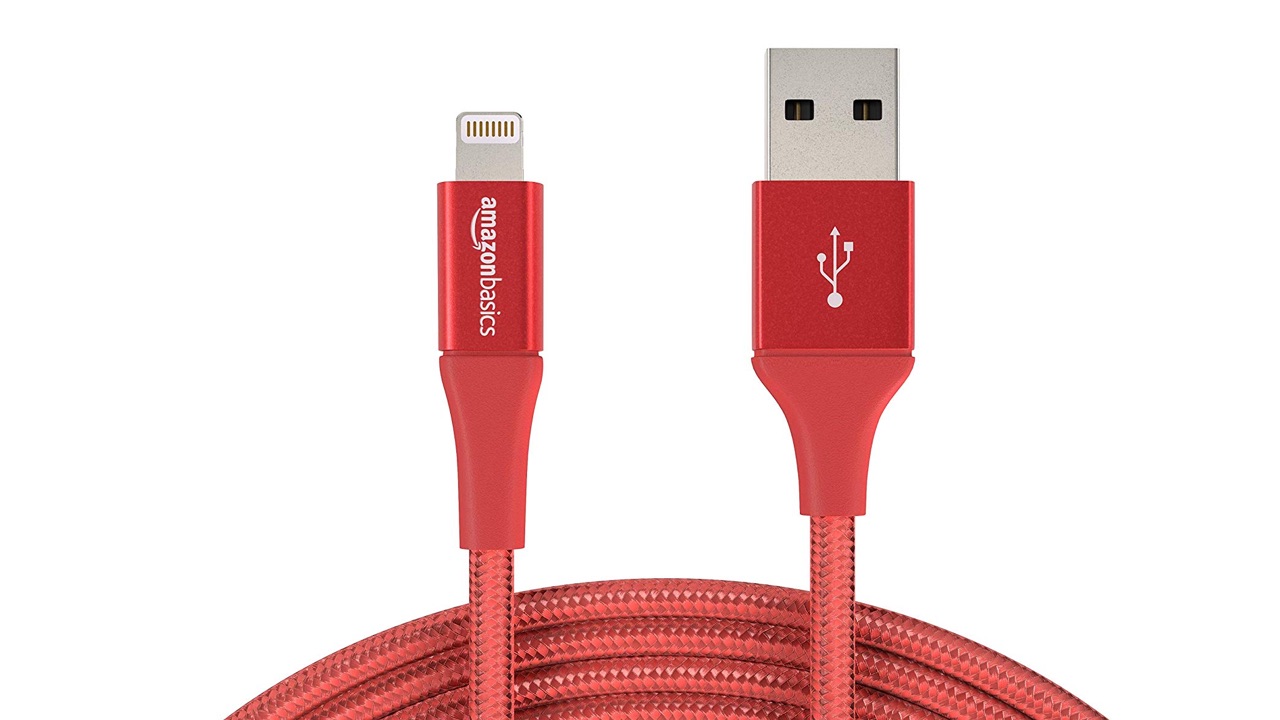 This 3 meter cable may be the most useful iPhone charging cable ever made. It’s available in much smaller sizes, but there’s a reason we love the long one. It’s long enough to stretch from a wall socket to the sofa or from your in-car charger to the kids’ iPad in the back seat.

Length isn’t the only good thing here. Nylon braiding means it doesn’t tangle easily, and the sleeves at the joint between the cable and the connector prevent the bending that can lead to dangerous fraying.

The colors range from utilitarian grey to hard-to-lose red and rose gold. Our only niggle is that the lightning end feels a little looser than Apple’s own cable, especially in our iPad. 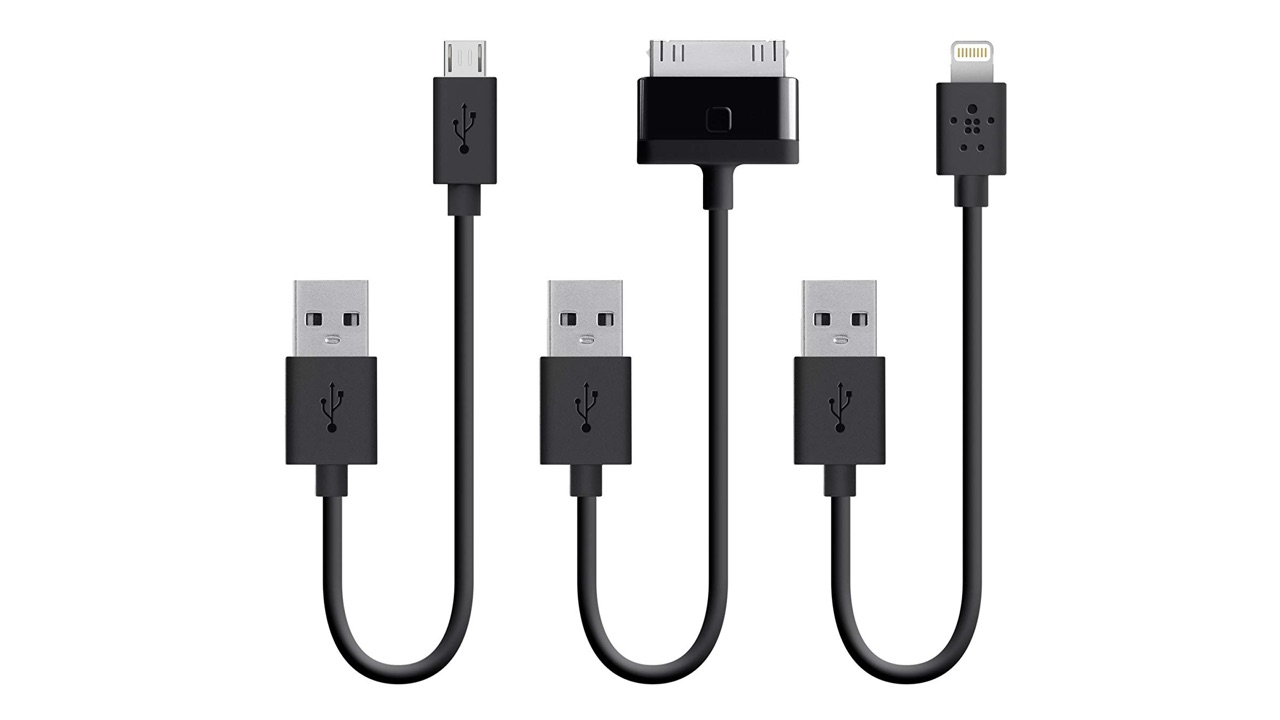 Here’s a handy one for people with gadgets of various vintages: a triple pack of 6-inch charging cables that covers pre-Lightning iPhones, iPads and iPods, plus modern Lightning devices and non-Apple micro USB devices such as Kindles, console controllers and cameras.

We’d argue that the main benefit of buying a triple-pack of good-quality cables from the likes of Belkin instead of a single cable with swappable connectors is that swapping connectors causes wear and tear for the three days you get before losing all of them. 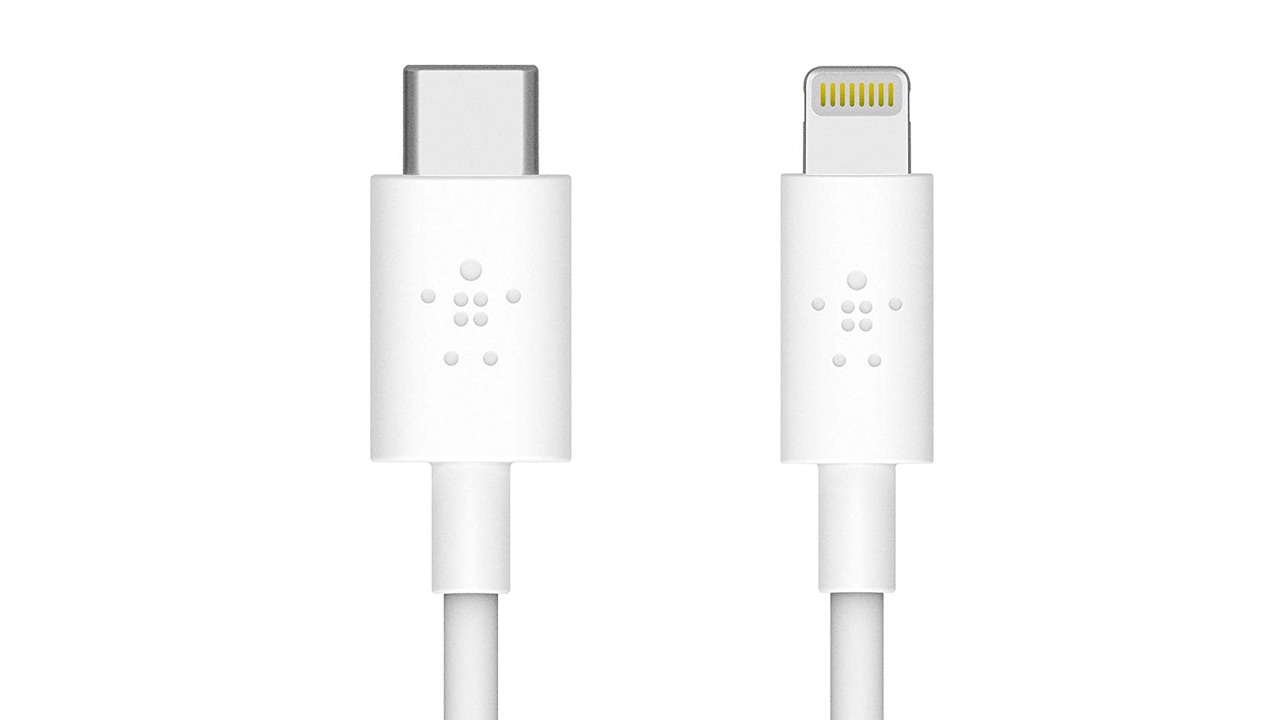 It’s a typically high quality Belkin product, although personally we prefer braided cables to smooth ones. 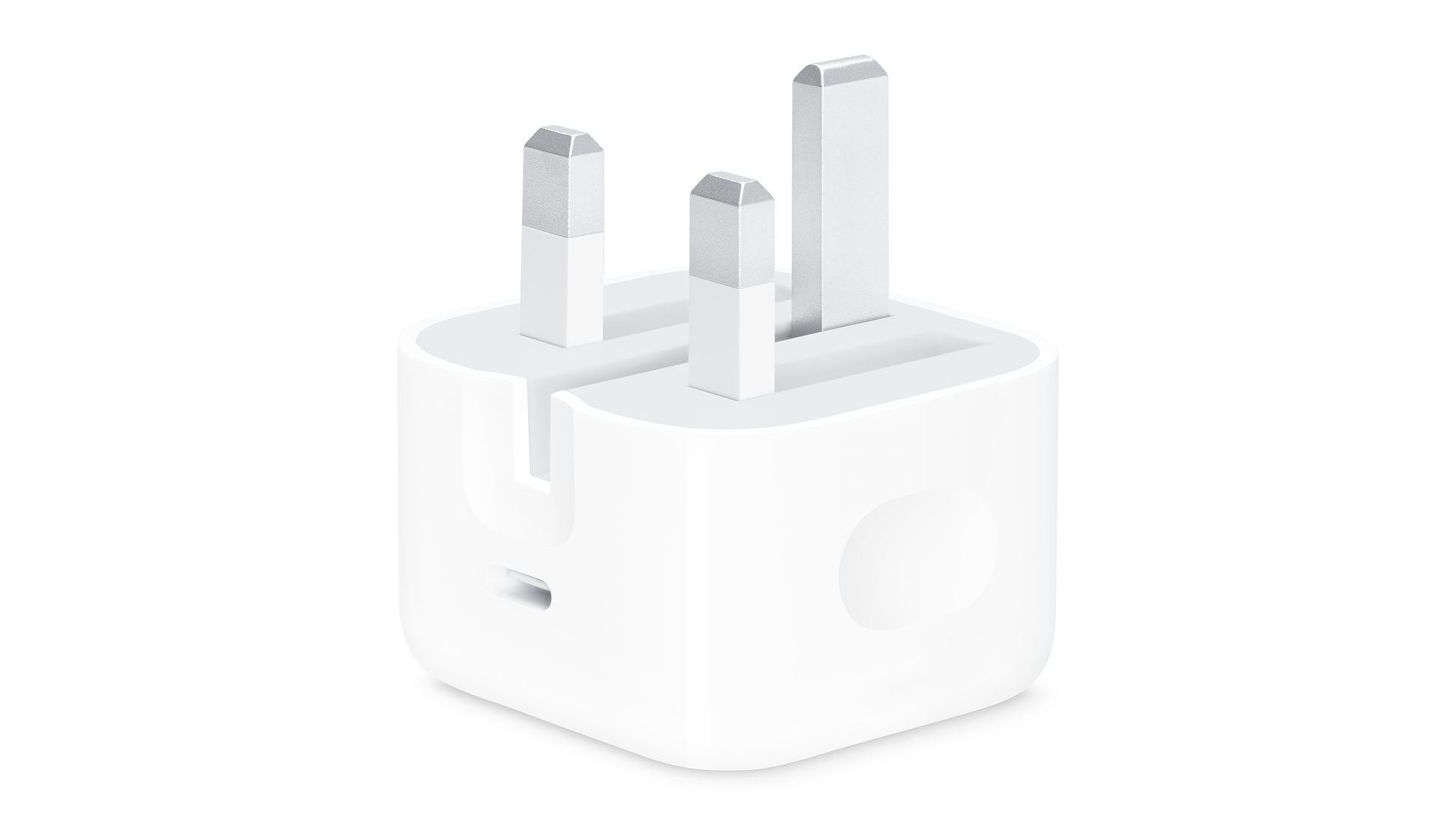 Apple recommends this charger for the iPad Pro and iPhone 8 or later, all of which support fast charging; despite this, Apple didn’t provide a fast charger with the iPhone 8, 8 Plus, X, XS, XR or the non-Pro iPhone 11, so this is a purchase you’re going to make while pulling a pretty sour face.

But if you’re a heavy iPhone user, it’s a worthwhile investment. The difference between the 18W charger and the ancient 5W one is dramatic: with the former you can get about 50% charge from flat in half an hour, but the latter takes about six years.

Does the Apple charger come with a cable? Ha ha ha no. 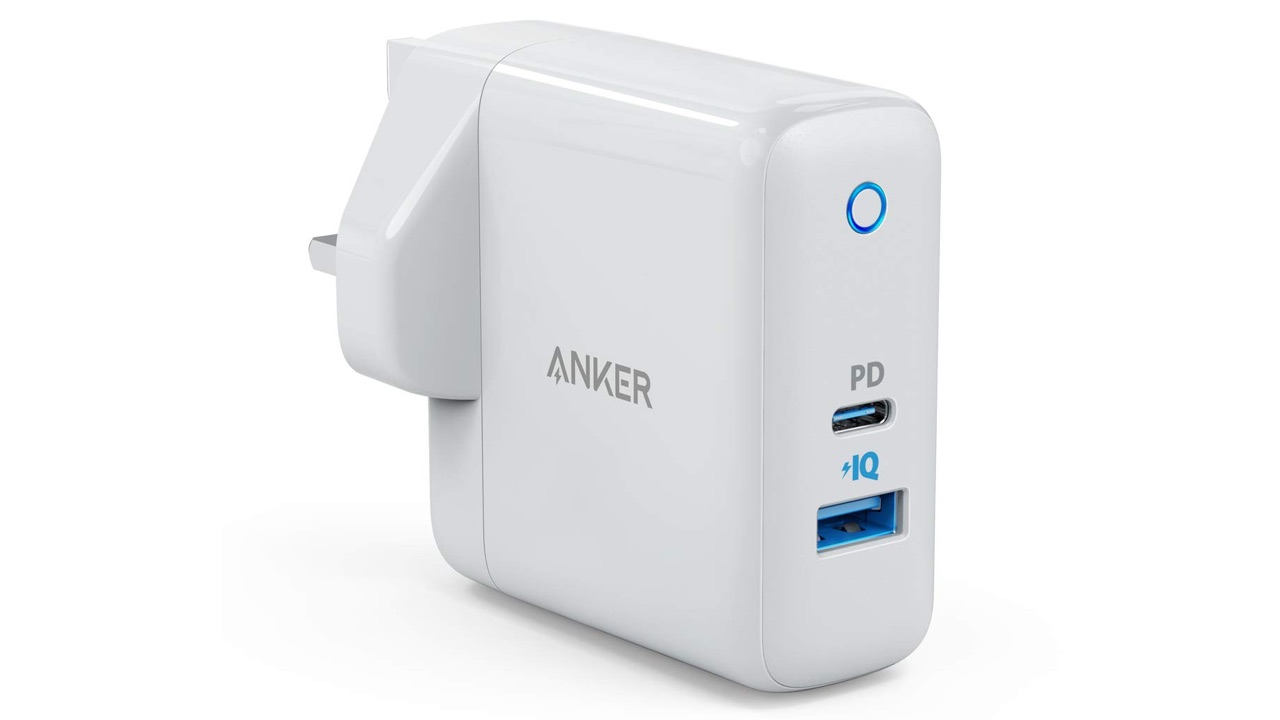 If you can’t bear giving more money to Apple for the charger that should have come with your phone, be careful what you buy instead: some chargers advertised as fast chargers are only fast for Android devices, not Apple ones. This one, though, is a 42W fast charger that works with all iPhones and fast charges iPhone 8s onwards.

It’s half the price of the Apple one and has one high-speed USB-C for fast charging and a second USB-A for other devices. Cables aren’t included.

We’ve used many Anker chargers for many years now and we’ve found them to be utterly reliable. 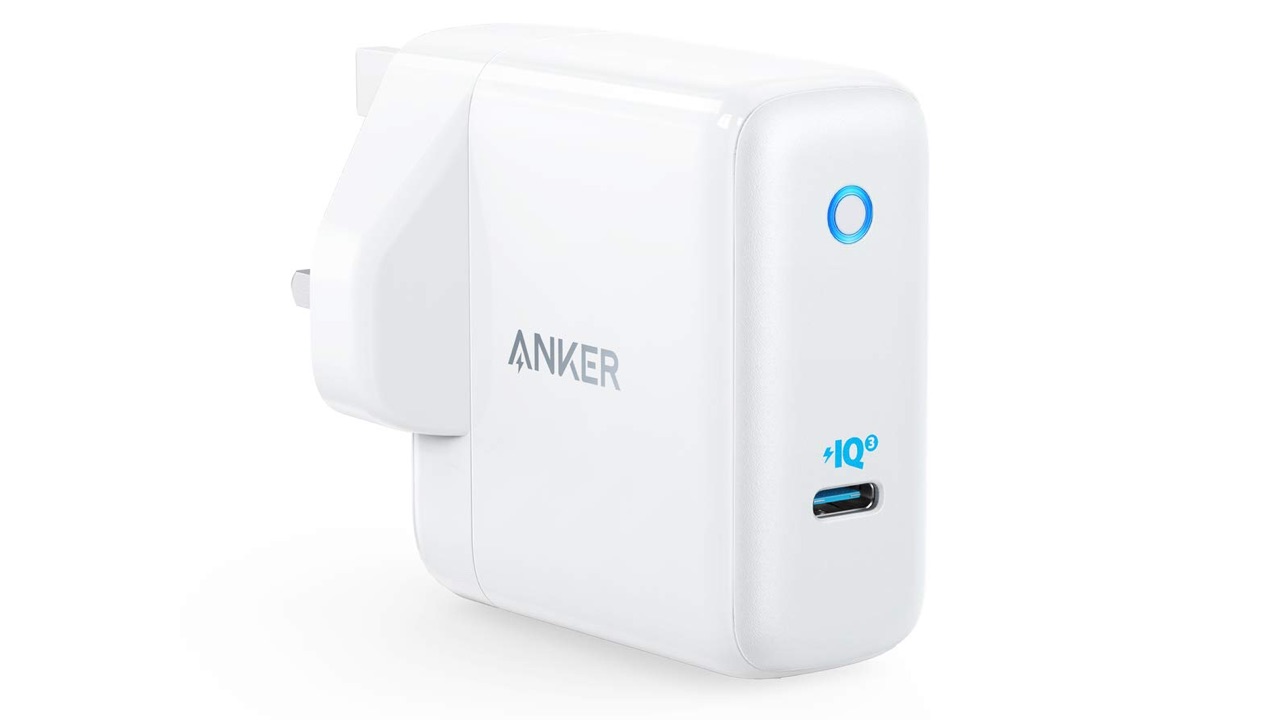 If you want to charge your laptop as well as your iPhone, this is the iPhone charger for you. It comes in two flavors, a single-port one and one with a second USB-A port; while they both have the same usual selling price, at the time of writing the single-port one is being heavily discounted on Amazon.

The PowerPort Atom III has 60W of power and can charge pretty much anything that you can connect to its USB-C port. 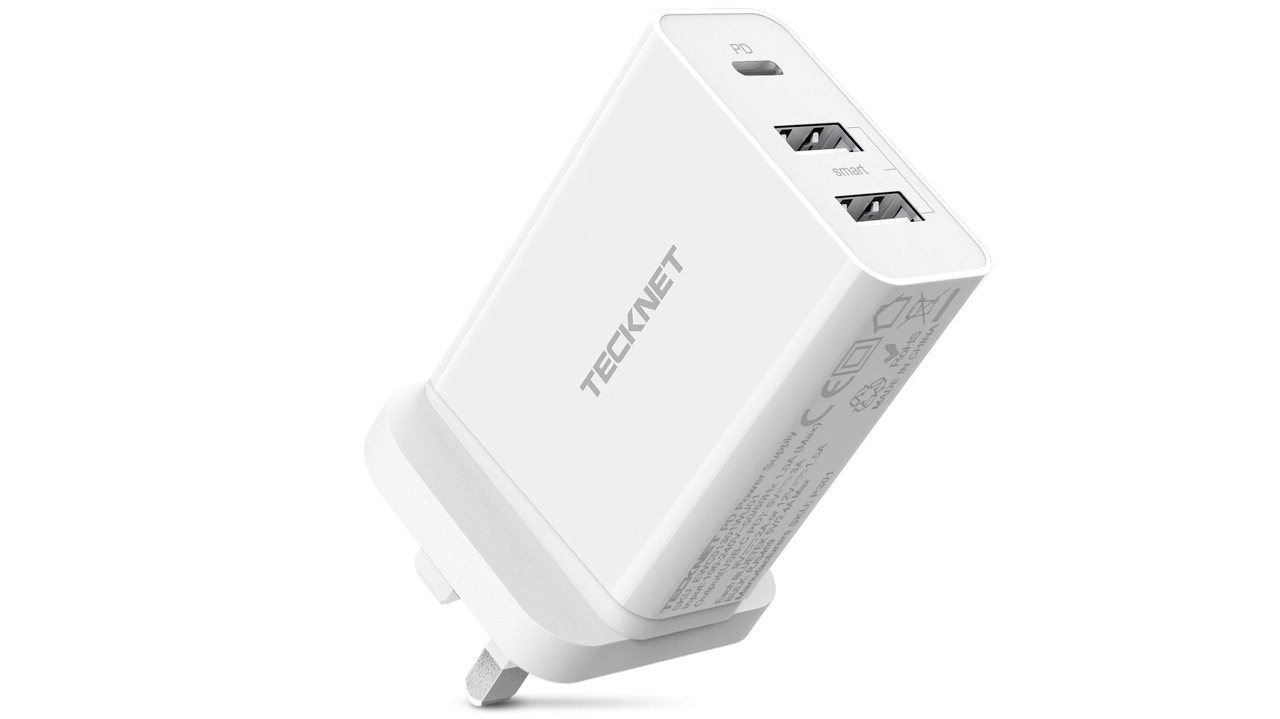 Most of us live in households where there’s more than one kind of device to charge. This from TeckNet is a good solution: it has an 18W USB-C port with Power Delivery for fast charging your iPhone, and it also has two USB-A ports that you can use to charge other devices at the same time.

It’s a fairly bulky thing – don’t expect to be able to hide it behind something in the kitchen – but it’s solid, safe and delivers enough power to recharge even the biggest iPhone at high speed. Three ports mean it’s a good travel option too. 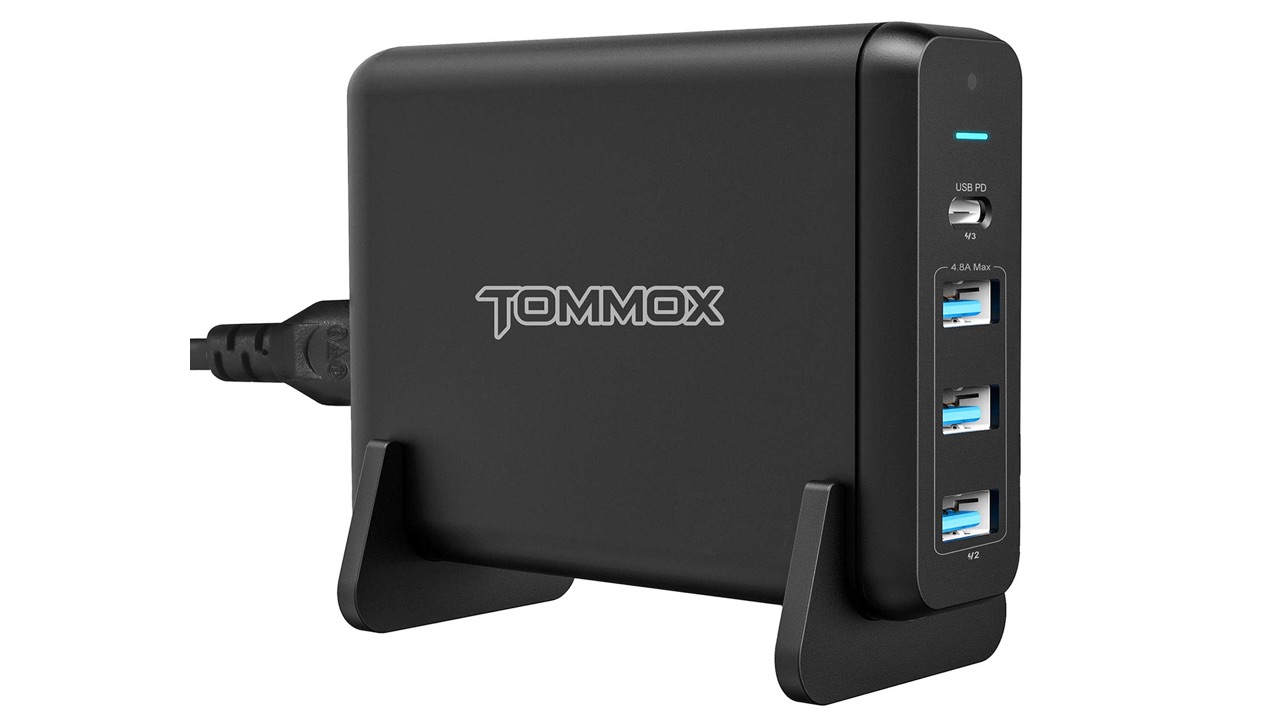 It’s not pretty, it’s not incredibly light and it’s not very small, but the PowerCenter 4 is pretty useful. It can throw up to 60W through its USB-C connector, which is enough to charge a laptop, and its triple USB-A connectors enable you to connect and charge three other devices at the same time.

Like many such chargers it’s dual voltage so you can take it with you on holiday to charge your iPhone, your Kindle, your camera, your Apple Watch and anything else that needs topping up. It’s not as elegant as a multi-device wireless charger, but it’s an awful lot cheaper. 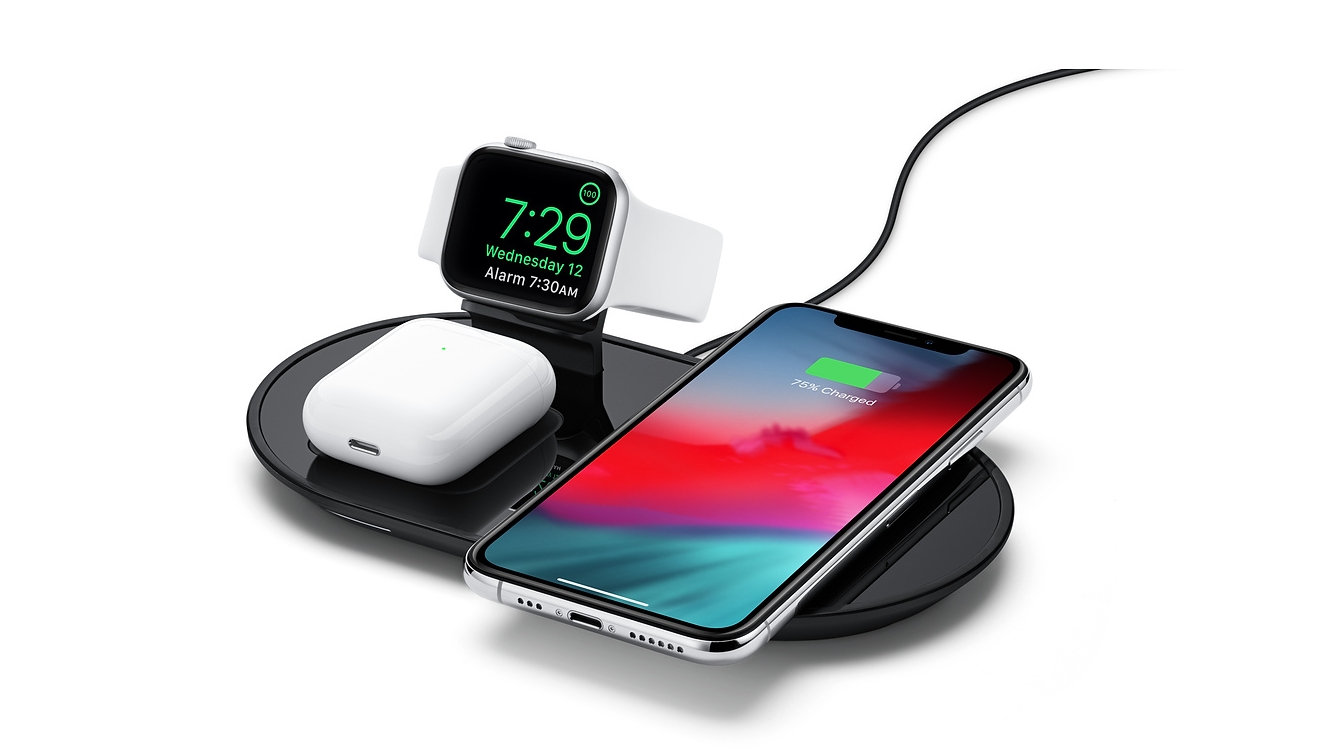 With Apple’s AirPower wireless charging pad DOA, where do you go when you want to charge not just your iPhone but your AirPods and your Apple Watch too? Mophie has the answer, and while it’s hardly cheap it’s compact, stylish, easy to clean and particularly handy for commuters and travelers.

It will chuck 7.5W of power at your iPhone and works through cases up to 3mm thick, while the Apple Watch connector is housed at an angle that’s ideal for Bedside Mode and the AirPods charging point doesn’t obscure your view of your Apple Watch’s face.

Unlike standard wireless charging pads you won’t need to buy or provide a separate wall charger, either. 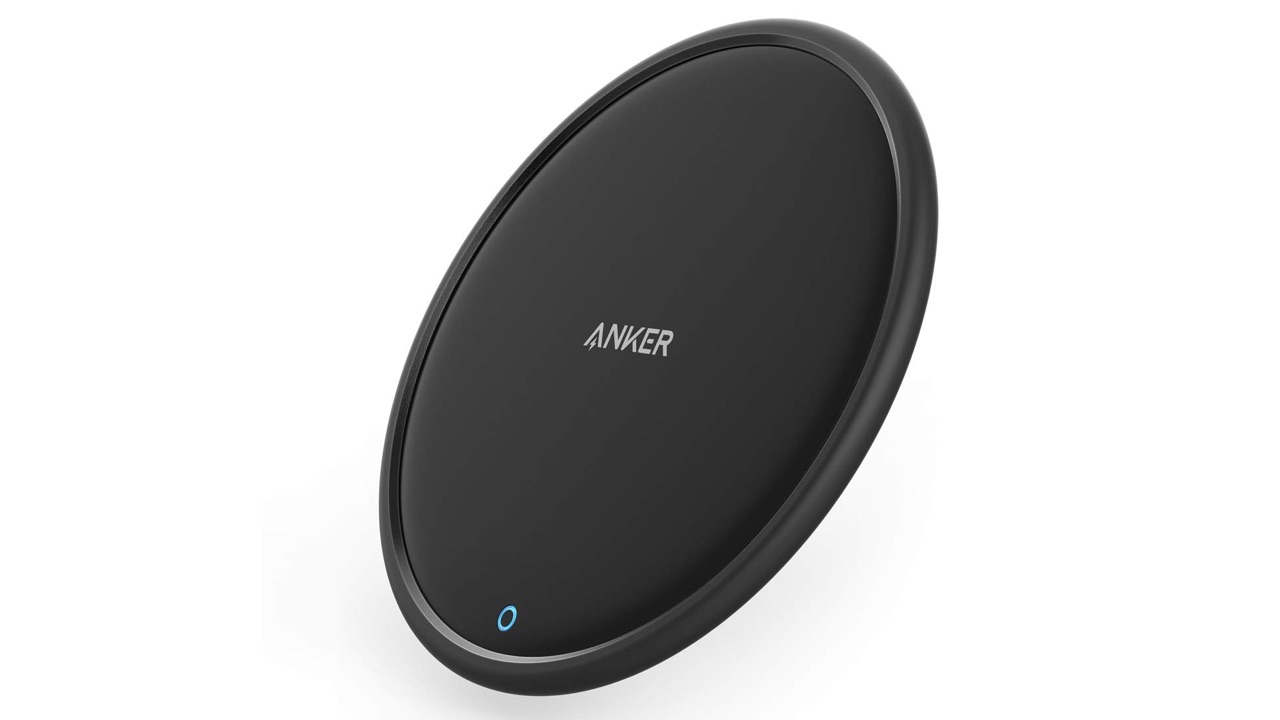 As with wired fast chargers, wireless chargers don’t work in the same way for iPhones as they do for Android devices.

For example, a typical 10W wireless charger will deliver that power to Android but drop to 7.5W or even 5W for an iPhone. That’s because Apple doesn’t currently support 10W wireless charging: it initially supported 5W and upped that to 7.5W, but iOS 13 still currently limits some Qi chargers to 5W.

This Anker wireless charger delivers the current iPhone maximum of 7.5W to recent iPhones, but it’s important to note that it can only do that if it’s connected to a wall charger that’s compatible with Quick Charge 3.0. If not, it isn’t drawing enough power. 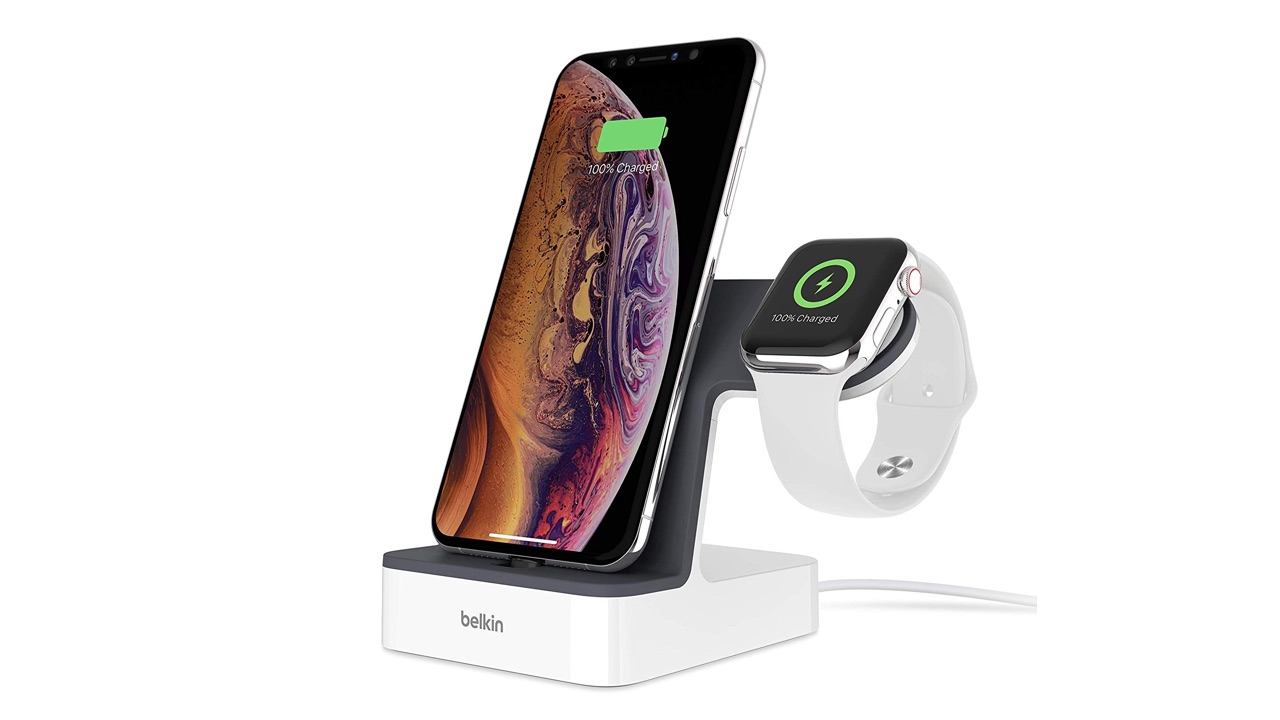 Belkin’s PowerHouse is a simple, effective and reasonably-priced dual charger for iPhone and Apple Watch, and it works with any iPhone that has a Lightning connector.

Unlike the Mophie wireless pad there’s no AirPods charger and the iPhone connection is wired, not wireless – but the connector is movable so you shouldn’t have to take your phone out of its case.

The integrated, magnetic Apple Watch charger doesn’t need your charging cable – so you can use your Watch cable somewhere else, for example when you’re traveling or at work.

It’s a good quality charger but beware if you have an official Apple leather case: some reviewers say the heat from the charger transfers color from the case to the charger. 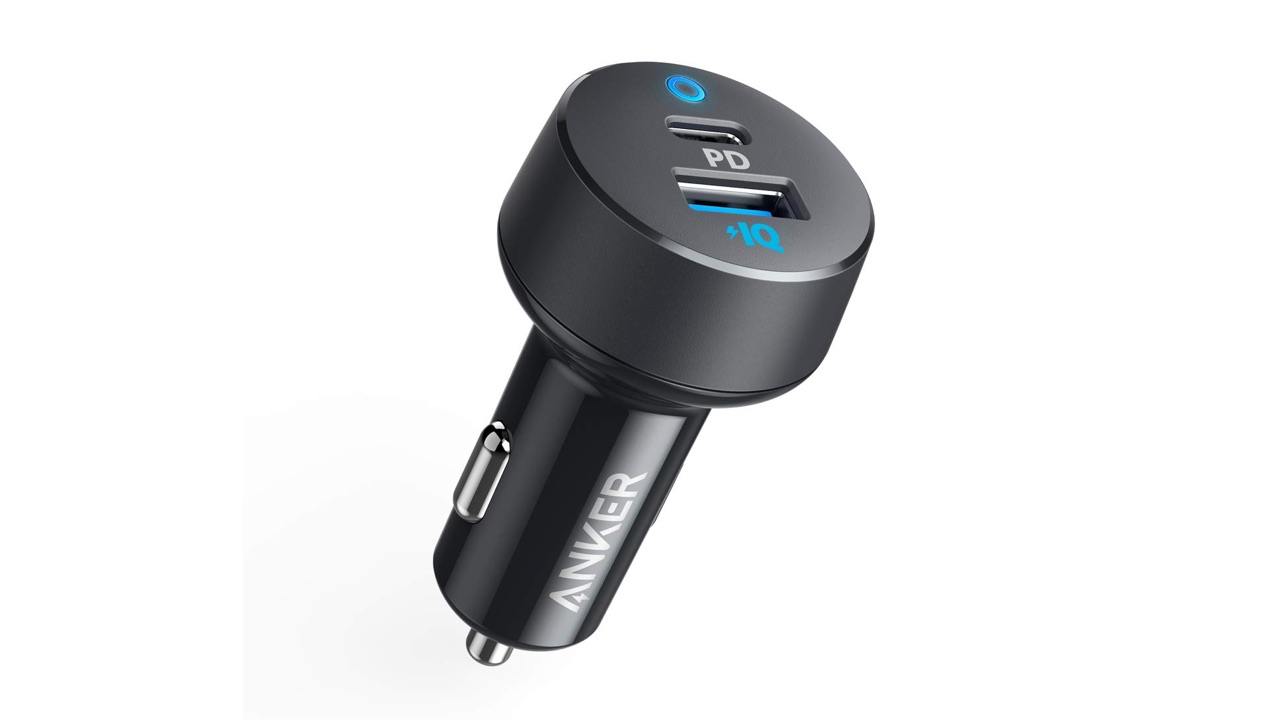 Many car chargers deliver tiny amounts of power, and that’s a problem if you want to charge something hungry such as an iPad, or if you need to recharge a flat iPhone in a hurry.

Anker’s Power Drive PD solves that problem: it’s a 30W charger with a fast USB-C port as well as a USB-A port for older devices and devices that don’t support fast charging.

That means you can charge your iPad while topping up your iPhone, or just recharge something big like your laptop. It’s small, too, so it won’t dominate the dashboard like some other multi-socket chargers do. 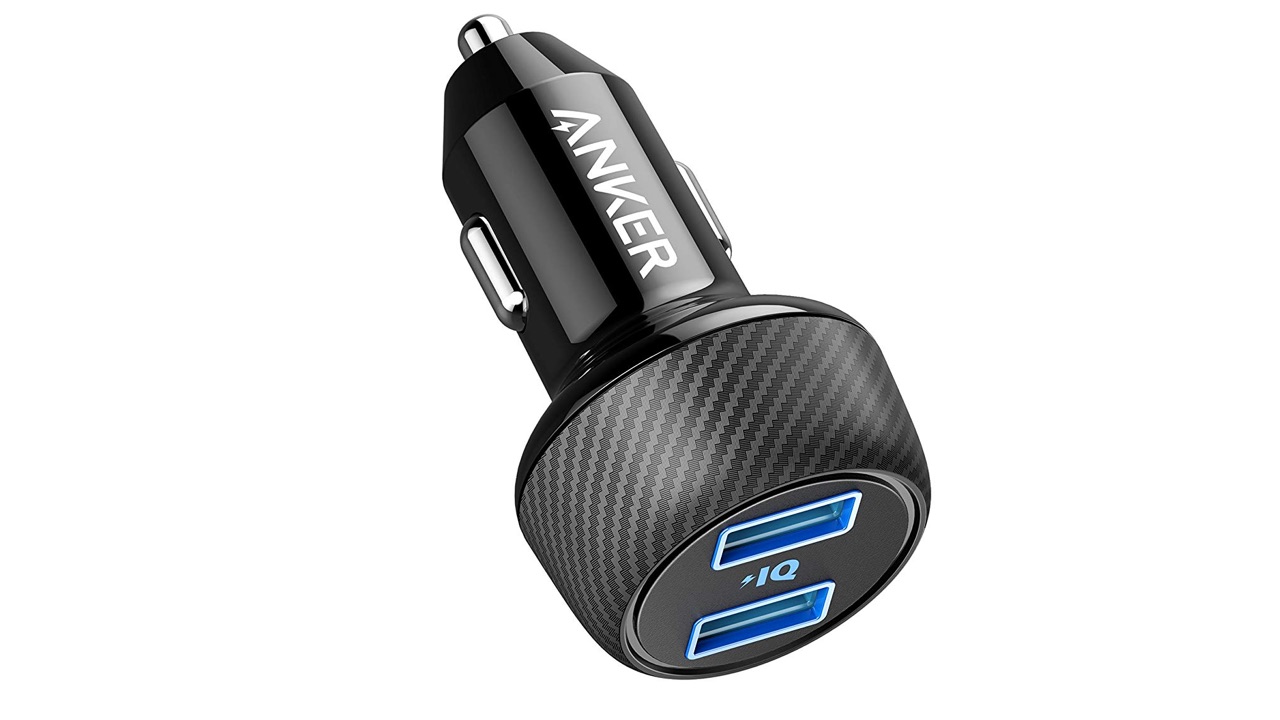 If your iPhone doesn’t support fast charging, if you don’t need it, or if you don’t want to pay for it, then this is one of the best bargain chargers. There’s no USB-C socket here so don’t expect to charge an iPhone 11 in half an hour, but twin USB-A sockets mean you can connect two devices simultaneously.

It’s a good option for running older devices or for maintaining the charge you already have, so, for example, you could use it to power your phone when you use it as a sat-nav: no matter how far your destination, you’ll still have a fully-charged iPhone when you get there. 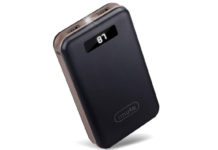 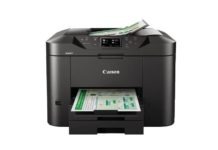 NancyYates - March 19, 2020
0
Are you planning to enhance the productivity and progress of your business through content? Well, here are some of the finest tips to help...