CyberiansTech
Home Tech The iPhone 11 Pro Max is another in a long line of... 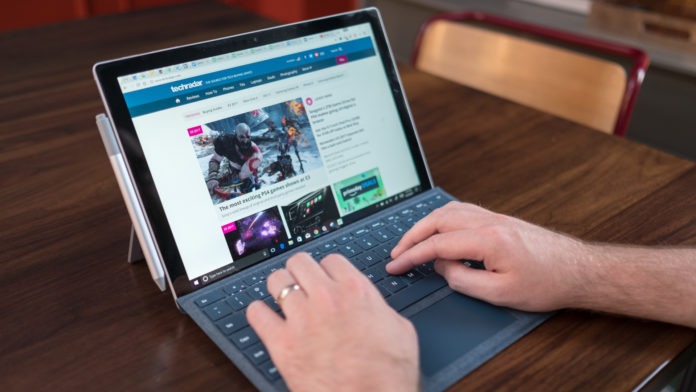 Hey tech industry, we need to sit down and have a talk. There are dozens of tech products that come out that can do genuinely amazing things, but the name is so obfuscated that a lot of everyday users have no idea what’s going on.

Whether its the iPhone 11 Pro Max or Intel’s confusing simultaneous launch of Ice Lake and Comet Lake Ultrabook processors, keeping up with the latest in tech is getting harder by the minute. Hell, it’s literally my job to keep up with the latest in this industry, and I still get migraines whenever Intel puts out a processor with a name like “Intel Core i7-1068G7”.

Product names in the tech industry are so messed up these days, in so many different ways, that I felt like it was time I got some complaints out of my system.

So what’s the problem?

The way I look at things, generally speaking, is that if you’re selling things to the general consumer who may not have the time to keep up with jargon, its best to make things accessible. Enterprise users and enthusiasts will know what they’re looking for, but they only make up a small part of the marketplace.

I know that I just pointed at the iPhone 11 Pro Max as an example of naming gone wrong, and I’ll get to that one, don’t worry. However, I actually think Apple serves as a pretty good example of how you should name yearly products – at least when you look at the Mac.

Even the MacBook Air, which went through a pretty drastic transformation in October 2018, getting a thinner chassis and a Retina display, is just MacBook Air (Late 2018). I don’t understand why something so simple is so rare in this industry.

Honestly, I was pretty much OK with the Surface Pro 2017 being called that, but then Microsoft released the Surface Pro 6 in 2018 without any meaningful changes, demonstrating that none of that mattered anyways.

The problem with the iPhone 11 Pro Max

You’d think that with those exaggerated product names, there would be enough different with the new iPhone to justify it.

And, sure, you get the faster processor that makes it an iterative update – where calling it the iPhone 2019 would suffice – but you also get a triple camera system, instead of the dual lenses on the iPhone XS and XS Max. Apple did show off some very professional-looking footage on stage, but it did exactly the same thing last year.

And therein lies the problem.

And, then there’s Intel

It’s not like Apple is the only offender, however. No matter how silly the names for the next iPhone might be, there’s one company that comes to mind more than any other when talking about confusing names, and that’s Intel.

Intel launched 10th-generation Ice Lake, the first part of its future-gazing Project Athena, at Computex 2019, built on its 10nm manufacturing node. It promises better power efficiency and performance, along with Thunderbolt 3 and Wi-Fi 6 compatibility by default. Generally speaking, it’s a promising platform. But, then Intel followed it up by launching 10th-generation Comet Lake, based on yet another iteration of Skylake.

So a bit of background: when it comes to Intel Core processors for laptops in the mainstream, they typically come in three flavours: U, Y and H-series. The U-series is for your traditional Ultrabooks, like the Dell XPS 13, Y-series chips are meant for thin and light fanless devices like the newest MacBook Air and the H-Series are meant for high-performance, high-wattage mobile devices like gaming laptops. That means that you can look at the Intel Core i7-10710U and understand that it’s a mainstream chip that you can get some work done with.

With the Intel Core i7-1068G7, you’ll have to pull out your phone in Best Buy to see whether the processor in that laptop you’re looking at is a full-power chip or a lightweight fanless chip.

Buying a new laptop is already a confusing experience for a lot of people, and Intel launching a bunch of new laptop chips with confusing names isn’t exactly the most consumer-friendly move Team Blue could make. Like it or not, the laptop market isn’t exactly built for the kind of enthusiasts that obsess over the latest hardware launches like the desktop market is.

Be careful out there

At the end of the day, as tech companies keep launching products that are harder and harder to keep track of, it’s going to be harder to make informed purchase decisions. And, because technology is getting more expensive – you’ll have to drop $999 (£1,049, AU$1,749) for an iPhone 11 Pro with 64GB of storage – it’s more important than ever to know what you’re getting yourself into.

I really do wish tech companies would make it easier for people to parse what products are out there, and what exactly is different in new launches, but I honestly see things getting more confusing in the future.

So, before you buy that new laptop, or that new phone, do some research, read some reviews. Whether its here at TechRadar or at one of our many peers: we’re only here to help.

Check out the Top Five Tips on How to Build Highly Dynamic Websites in...