CyberiansTech
Home The Best Best speech to text app of 2019 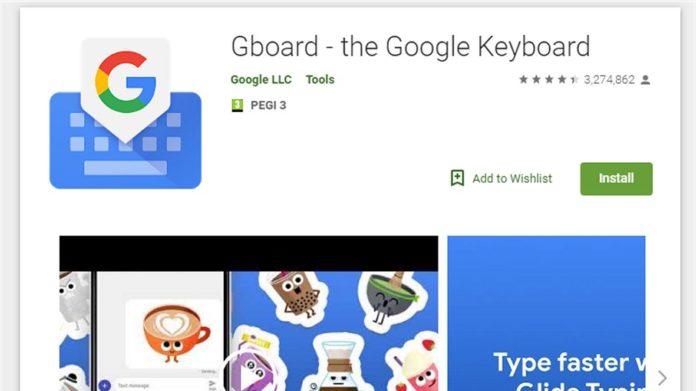 While speech-to-text used to be specifically only for desktops, the development of mobile devices and the explosion of easily accessible apps means that transcription can now be carried out on a smartphone or tablet.

This has made speech-to-text applications increasingly valuable to users in a range of different environments, from education to business. This is not least because the technology has matured to the level where mistakes in transcriptions are relatively rare, with some services rightly boasting a 99.9% success rate from clear audio.

Even still, this applies mainly to ordinary situations and circumstances and precludes the use of technical terminology such as required in legal or medical professions. Despite this, digital transcription can still service needs such as basic note-taking which can still be easily done using a phone app, simplifying the dictation process.

However, different speech-to-text programs have different levels of ability and complexity, with some using advanced machine learning to constantly correct errors flagged up by users so that they are not repeated. Others are downloadable software which is only as good as its latest update.

Here then are the best in speech-to-text recognition programs, which should be more than capable for most situations and circumstances.

Best speech to text app at a glance

If you already have an Android mobile device, then if it’s not already installed then download Google Keyboard from the Google Play store and you’ll have an instant text-to-speech app. Although it’s primarily designed as a keyboard for physical input, it also has a speech input option which is directly available. And because all the power of Google’s hardware is behind it, it’s a powerful and responsive tool.

If that’s not enough then there are additional features. Aside from physical input ones such as swiping, you can also trigger images in your text using voice commands. Additionally, it can also work with Google Translate, and is advertised as providing support for over 60 languages.

Even though Google Keyboard isn’t a dedicated transcription tool, as there are no shortcut commands or text editing directly integrated, it does everything you need from a basic transcription tool. And as it’s a keyboard, it means should be able to work with any software you can run on your Android smartphone, so you can text edit, save, and export using that. Even better, it’s free and there are no adverts to get in the way of you using it.

If you want a dedicated dictation app, it’s worth checking out Just Press Record. It’s a mobile audio recorder that comes with features such as one tap recording, transcription and iCloud syncing across devices. The great thing is that it’s aimed at pretty much anyone and is extremely easy to use.

When it comes to recording notes, all you have to do is press one button, and you get unlimited recording time. However, the really great thing about this app is that it also offers a powerful transcription service.

Through it, you can quickly and easily turn speech into searchable text. Once you’ve transcribed a file, you can then edit it from within the app. There’s support for more than 30 languages as well, making it the perfect app if you’re working abroad or with an international team. Another nice feature is punctuation command recognition, ensuring that your transcriptions are free from typos.

This app is underpinned by cloud technology, meaning you can access notes from any device (which is online). You’re able to share audio and text files to other iOS apps too, and when it comes to organizing them, you can view recordings in a comprehensive file. The app is available on iOS devices for $4.99.

Speechnotes is yet another easy to use dictation app. A useful touch here is that you don’t need to create an account or anything like that; you just open up the app and press on the microphone icon, and you’re off.

The app is powered by Google voice recognition tech. When you’re recording a note, you can easily dictate punctuation marks through voice commands, or by using the built-in punctuation keyboard.

To make things even easier, you can quickly add names, signatures, greetings and other frequently used text by using a set of custom keys on the built-in keyboard. There’s automatic capitalization as well, and every change made to a note is saved to the cloud.

When it comes to customizing notes, you can access a plethora of fonts and text sizes. The app is free to download from the Google Play Store, but you can make in-app purchases to access premium features (there’s also a browser version for Chrome).

Marketed as a personal assistant for turning videos and voice memos into text files, Transcribe is a popular dictation app that’s powered by AI. It lets you make high quality transcriptions by just hitting a button.

The app can transcribe any video or voice memo automatically, while supporting over 80 languages from across the world. While you can easily create notes with Transcribe, you can also import files from services such as Dropbox.

Once you’ve transcribed a file, you can export the raw text to a word processor to edit. The app is free to download, but you’ll have to make an in-app purchase if you want to make the most of these features in the long-term. There is a trial available, but it’s basically just 15 minutes of free transcription time. Transcribe is only available on iOS, though.

Should you be looking for a business-grade dictation application, your best bet is Dragon Professional. Aimed at pro users, the software provides you with the tools to dictate and edit documents, create spreadsheets, and browse the web using your voice.

According to Nuance, the solution is capable of taking dictation at an equivalent typing speed of 160 words per minute, with a 99% accuracy rate – and that’s out-of-the-box, before any training is done (whereby the app adapts to your voice and words you commonly use).

As well as creating documents using your voice, you can also import custom word lists. There’s also an additional mobile app that lets you transcribe audio files and send them back to your computer.

Overall, the interface is easy to use, and if you get stuck at all, you can access a series of help tutorials. However, the software is far from cheap, retailing at $300.

Other speech to text apps to consider

There are an increasing number of apps available across all mobile devices for working with speech to text, not least because Google’s speech recognition technology is available for use.

SpeechTexter is another speech-to-text app that aims to do more than just record your voice to a text file. This app is built specifically to work with social media, so that rather than sending messages, emails, Tweets, and similar, you can record your voice directly to the social media sites and send. There are also a number of language packs you can download for offline working if you want to use more than just English, which is handy.

Voice Notes is a simple app that aims to convert speech to text for making notes. This is refreshing, as it mixes Google’s speech recognition technology with a simple note-taking app, so there are more features to play with here. You can categorize notes, set reminders, and import/export text accordingly.

ListNote Speech-to-Text Notes is another speech-to-text app that uses Google’s speech recognition software, but this time does a more comprehensive job of integrating it with a note-taking program than many other apps. The text notes you record are searchable, and you can import/export with other text applications. Additionally there is a password protection option, which encrypts notes after the first 20 characters so that the beginning of the notes are searchable by you. There’s also an organizer feature for your notes, using category or assigned color. The app is free on Android, but includes ads.

iTranslate Translator is a speech-to-text app for iOS with a difference, in that it focuses on translating voice languages. Not only does it aim to translate different languages you hear into text for your own language, it also works to translate images such as photos you might take of signs in a foreign country and get a translation for them. In that way, iTranslate is a very different app, that takes the idea of speech-to-text in a novel direction, and by all accounts, does it well. Working with over 100 languages, the basic version is free to use, but the pro version costs $4.99 for a month, or you can subscribe annually for $39.99. 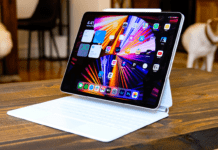