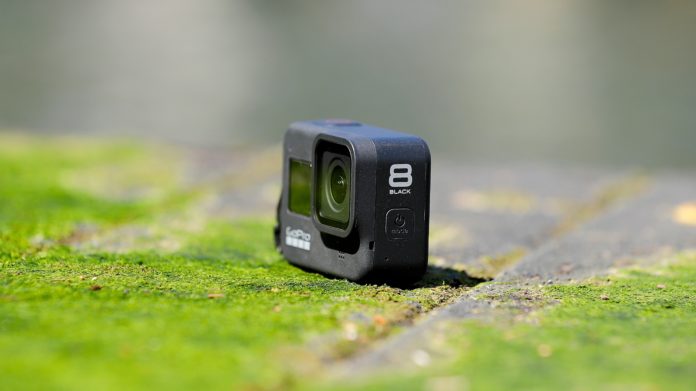 Looking for the best action camera for your needs? Congratulations – you’ve landed in the right place.

Action cameras are unlike any other kind of camera. They’re designed to be attached to helmets, surfboards, cars and other objects, and they’re small, tough and simple to operate, with a lens that captures the world in high-definition video.

Their small size and dramatic POV (‘point of view’) footage has made them popular with extreme sports participants, who capture their (mis)adventures by attaching cameras to themselves or their equipment. They’re also used by TV production companies where using a regular video camera would be impossible.

You don’t have to be an adrenaline junkie or filming your own TV show, though. Action cameras are also great fun for the family, especially on days out or vacations when you simply want to hit record and document you time together.

Who makes the best action camera though? GoPro is without question the market leader – in fact, they invented this whole action camera genre. They’re not alone though, with a number of new rivals out there to tempt you.

When it comes to key features on action cameras, most now shoot 4K footage, though some do these better than others, offering faster frame rates for buttery-smooth footage, while the very best action cameras have slick image stabilization systems to make the most of this.

While action cameras are principally for shooting video, the best action cameras also shoot pretty decent still images as well, though don’t expect anything better than a point-and-shoot compact camera.

Other features to consider when looking for the best action camera include Wi-Fi, GPS and touchscreen control. These all bump up the price, and while they are invaluable in some situations, you can still get great footage without them.

Before we look at our top picks of the best action cameras you can buy right now, GoPro has just announced three new action cameras.

The top of the range GoPro Hero7 Black replaces Hero6 Black and is our best action camera pick right now. We’d even recommend you now avoid the Hero6 Black. Don’t get us wrong, it’s not a bad action camera at all, it’s very good, but with the price of the older model only a few dollars or pounds less than the Hero7 Black, you’re better off spending your money on the newer model.

Best action cameras 2019 at a glance 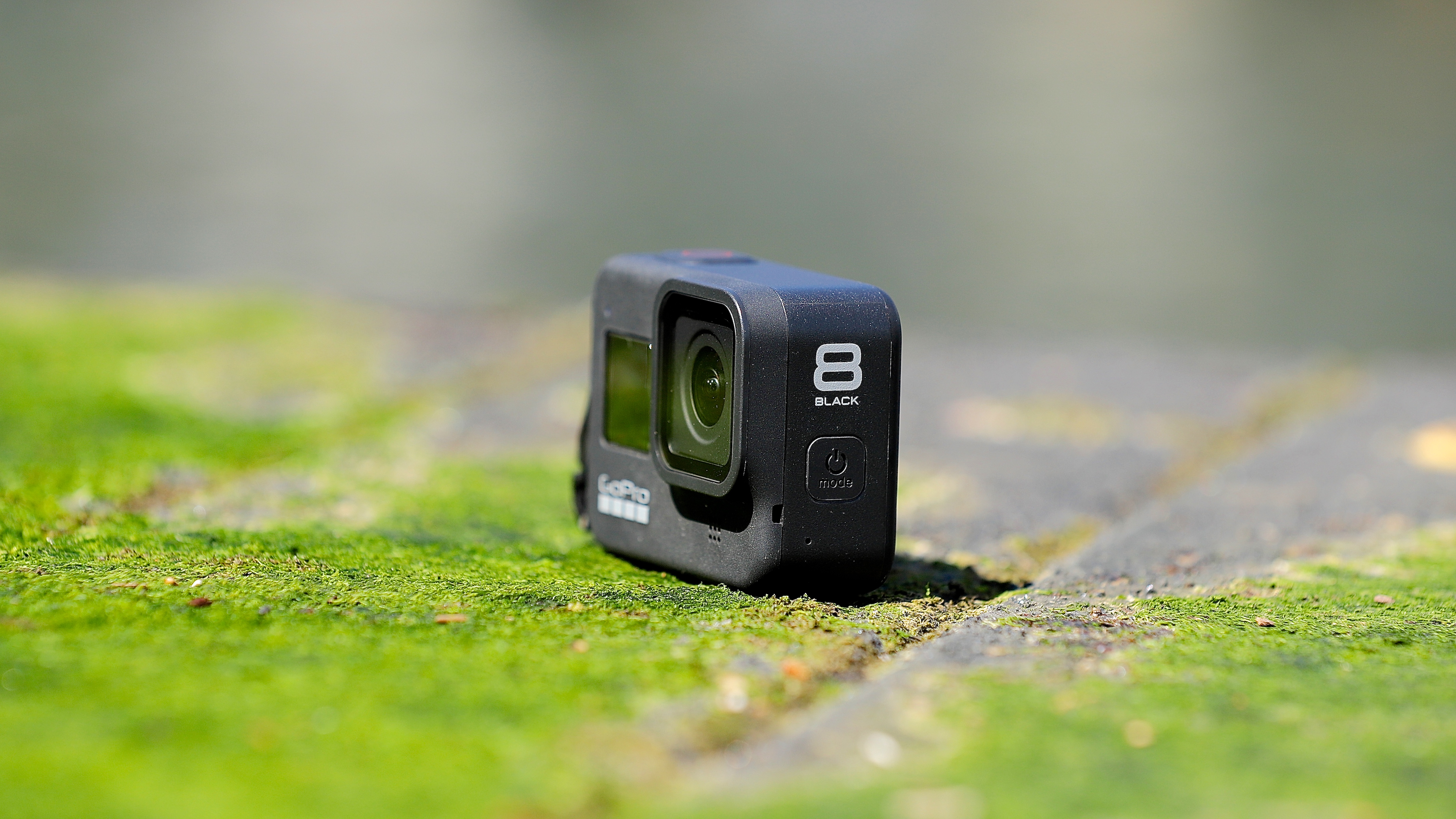 The baton has been passed: the latest GoPro flagship has stolen the crown from the Hero7 Black as the king of action cameras. The GoPro Hero8 Black is easy to use, has plenty of new features and boasts the best image stabilization tech till date, putting its predecessor to shame. Most importantly, there’s a livestream option on board, so you can share your adventures (or misadventures as the case may be) with the rest of the world directly on Facebook if you want. GoPro has even streamlined the app, making it easier to edit and share your clips. It’s also easier to mount the camera onto a tripod, thanks to the folding ‘fingers’ on the bottom of the chassis. All in all, it’s a well thought out action camera for pros and beginners alike.

While it may share pretty much of the same headline video specs as the Hero6 Black that it replaces, the Hero7 Black offers a number of big improvements. The most significant of this is the addition of GoPro’s all-new HyperSmooth image stabilization technology. It really is very impress, delivering gimbal-smooth video footage.

TimeWarp video is a further new feature, one that combines the idea of regular frame-by-frame time-lapse shooting (which you can still do separately) with HyperSmooth – essentially, a stabilised hyperlapse, while the user interface has been overhauled for a much better user experience.

Delivering buttery-smooth 4K video footage the Hero7 Black is the best action camera you can buy. 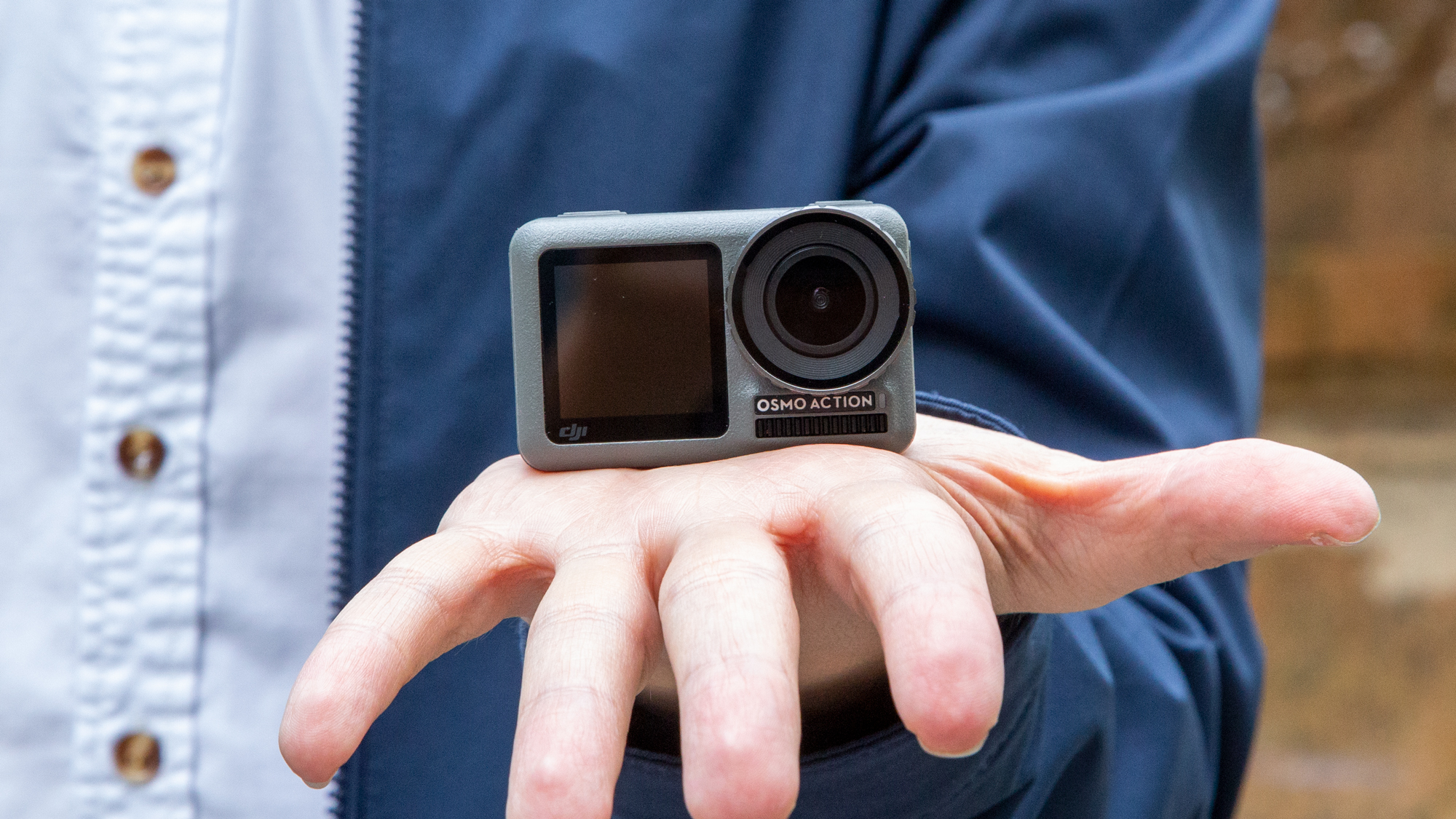 While DJI might be known for producing some of the best consumer drones available on the market today, the Chinese manufacturer makes amazing gimbals and action cameras, including the Osmo Mobile Pocket. With a color screen on the front, the DJI Osmo Action is a great choice for vloggers, and it comes with some pretty good image stabilization. However, motion stabilization is not available when shooting HDR videos, and neither can you livestream from the camera. That said, it’s a great option for the selfie generation.

And while we’re finalizing our final review of the Osmo Action, you can read our initial impressions in our hands-on review.

If you’re aquatic-minded, or you need to know exactly where you were, and how fast you are going when you took a video, buy a GoPro Hero7 Black.

However, if you’re more interested in saving money on features you didn’t even want, the Yi 4K+ Action Camera is one of the simplest and best designed gadgets around.

Everyone considering buying an action cam should have a look at the Yi 4K+ Action Camera because it’s almost exactly the same and, in some ways, even better than a GoPro.

While the Hero 7 Black is one heck of an action cam, the Silver fills the void beneath this. And while it can’t quite pull off all the fancy tricks as its big brother, it’s priced far aggressively, especially once you see just how much tech you still get.

This includes stabilised 4K video recording, waterproofing down to 10m, together with a 2-inch touchscreen on the back and Voice Control that allows you to instruct the camera to perform almost all main functions without you raising a finger. A fine choice for first-time users.

Not only ultra compact, but crushproof and waterproof with it, the RX0 II can shoot 4K footage at 30fps and Full HD footage at 120fps. This second-generation model comes with a Soft Skin Effect mode and advanced Eye AF, while Sony’s also managed to squeeze in a tilt-able LCD screen (capable of tilting up to 180° and down by 90°).

It’s a bit fiddly to use and expensive, so doesn’t lend itself to the casual user, but for those looking for a rugged camera that can shoot great 4K footage, this shouldn’t be ignored.

There’s not much an Olfi one.five owner is left wanting, despite the unit costing half the price of GoPro’s leading camera.

GPS, voice activation and the ability to link external sensors, such as Garmin’s numerous cycling products, are just a few things missing from the package, but for those who simply want to capture good-looking footage without breaking the bank, there’s very little to complain about.

How often do you take an action cam underwater? If the answer’s not a lot, then the Yi 4K Action Camera could be for you. While there’s an optional underwater case available, the camera isn’t waterproof.

There is a large and responsive touchscreen, a big battery and a fast file transfers however, and while it may lack a few niceties – and we would include lens distortion correction and image stabilization in that list – the Yi 4K Action Camera remains a great value addition to any adventurer’s kit bag.

Bullet shape cams might have fallen out of fashion recently thanks to GoPro and its box-shaped cameras, but the TomTom Bandit bucks the trend. In fact, the Bandit packs features that other manufacturers will need to follow if they’re to keep up with this newcomer.

Taking years of GPS experience, TomTom has built in a series of sensors that not only record location but speed and G-force too, so that when these sensors pick up that something exciting has happened they automatically tag the footage.

Back in the pub and with the app open and connected, a quick shake of your phone and the app will automatically edit your footage ready for upload. It really couldn’t be easier.

The TG-Tracker’s futuristic design is hard to miss with an ultra-wide 204-degree lens. Headline video resolutions include 4K at 30fps, 1080p at 60fps and an impressive 240fps at 720p for slow-motion capture. This is an action camera ready for anything and even features a small LED video light built-in.

Sensors are the big news for the Tracker with GPS, compass, acceleration sensors plus a barometer and thermometer all capturing data from inside the compact case. The intel from these can all be displayed when viewing back the footage or in the video edit so you can show just how extreme you are.

What’s more, it’s waterproof to 30m, features built in stabilization and can withstand temperatures down to -10C.

Though not technically a action camera, DJI’s Osmo Pocket is still going after the same audience. While it’s not as rugged as dedicated action camera rivals, the Osmo Pocket has a clever trick up its sleeve in the shape of a built-in gimbal.

The 1/2.3-inch sensor is capable of recording 12MP still images and 4K video footage up to 60fps, while there are built-in dual microphones that use advanced noise-canceling algorithms, which DJI says should ensure that you capture high-quality audio to match your footage. We’ve already got our hands on one, and you can see what we think by clicking the link below.