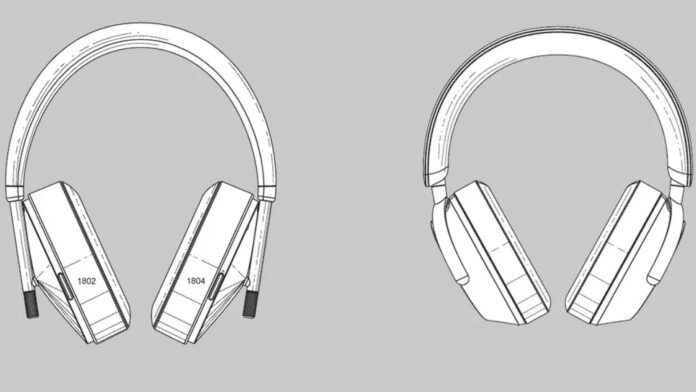 Could the first Sonos headphones come with Wi-Fi in 2022

For twenty years now, Sonos has been in the business of making exceptional wireless audio systems and speakers. In the 17 years since its first wireless speaker shipped it has embraced soundbars and network streamers, network extenders and portable speakers, multi-room audio and even in-car audio for the likes of Audi. But there’s one big gap in the product range. Sonos doesn’t make headphones.That’s an interesting omission, because the people who buy Sonos gear tend to be people who really love music. And while there’s no substitute for the thrill of listening to great music on equally great speakers, there are times when that’s not an option: when the kids are in bed, in the wee small hours when you live in an apartment block, or when you’re away from home. So if you really love music, chances are you’re happy to buy a good pair of headphones too so that you can listen to your favourite music or enjoy movie soundtracks at those times too.The prospect of dedicated Sonos wireless headphones is a very compelling concept and we’re sure any pair would be high on many Sonos users’ wish lists. But so far the headphones and earbuds remain a rumour: we thought we’d see Sonos wireless headphones or earbuds launch in 2021, but that came and went – and 2022 is pretty quiet on that front too. And that’s a shame, because it seems that Sonos’s headphones may raise the bar for wireless listening by using Wi-Fi to deliver audio quality that Bluetooth simply can’t match.

Reports that Sonos has been creating its own wireless headphones have been circulating since 2019, when Bloomberg first reported the project based on a newly discovered patent.

Since then two further patents have provided more detail: one, discovered in Germany, describes over-ear headphones that resemble Apple’s AirPods Max or Sony’s WH-1000XM4; the other, filed in the US, shows an innovative approach to wireless earbuds with one design showing almost triangular earbuds slotting into opposite sides of their charging case. Both the headphones and the earbuds’ charging case appear to have USB-C inputs and the over-ears also appear to have a 3.5mm headphone jack. But what about the wireless technology they use to connect?

Like Apple, Sonos is expected to deliver automatic handoff between its headphones and its other products, which in Sonos’ case means its multi-room audio devices. The Sonos Roam already does this via its Sound Swap feature; while the Roam is a Bluetooth speaker, the feature only works on Wi-Fi.

So it’s not unreasonable to think that if Sonos’ headphones were to support Sound Swap, they too would need a Wi-Fi connection. You can see the appeal: your Sonos cans would be part of your entire Sonos system, so you could start listening on one device and then handoff to your headphones for even closer listening.

The German patent for Sonos’s over-ear headphones appears to confirm the presence of Wi-Fi in its over-ears, describing not one but two integrated Wi-Fi antennae, one in each ear cup. This would require a thicker than normal connecting cable that “may be greater than 4mm in diameter… almost twice the diameter of a typical headband cable in a Bluetooth-only headphone.” The reason for two antennae rather than one? Your head is a pretty effective Wi-Fi signal blocker.

But Sound Swap isn’t the only reason Sonos may be making Wi-Fi wireless headphones. The big draw here is bandwidth.

Why Wi-Fi could mean better audio

Although Bluetooth with the aptX Adaptive HD codec is capable of streaming 24-bit music at up to 576kbps and Sony’s LDAC codec can go up to 990kbps, some manufacturers – notably Apple – have expressed their frustrations at the limitations of Bluetooth for high quality audio. Speaking to What Hi-Fi, Apple VP of acoustics Gary Geaves discussed Apple’s work with Bluetooth ,saying “it’s fair to say that we would like more bandwidth and… I’ll stop right there. We would like more bandwidth.”

While 576 to 990kbps is very, very good and almost double or triple the bitrate of the highest quality MP3, it still isn’t lossless: uncompressed CD audio is 1,411kbps and hi-res audio is 9,216kbps. There is an aptX standard for lossless audio, aptX Lossless, but it’s still subject to Bluetooth’s bandwidth limitations. Wi-Fi isn’t, and it has a longer range too.

There are two big downsides to Wi-Fi, however. The first is power consumption. While the most recent Wi-Fi standards are more efficient than their predecessors, Bluetooth is typically 30% more energy efficient than Wi-Fi – important if you’re out and about and want long battery life. And the second is that Wi-Fi needs a network to connect to. That’s fine at home, but when you’re out it means Wi-Fi is a double battery drain because your phone needs to run as a hotspot.

The solution? Wi-Fi for your home and Bluetooth for your phone, which appears to be exactly what Sonos is planning. The only reference to Wi-Fi in its patents is in the one for the over-ear headphones, so presumably they’re intended for listening to at home while the earbuds are for when you roam.

When will Sonos wireless headphones launch?

Don’t hold your breath. Last month, Sonos CEO Patrick Spence said that the firm would not be launching any new product ranges any time soon; “in fiscal 2022, we are focused on launching new products in our existing product categories.” Fiscal 2022 refers to Sonos’ financial year, which ends on September 30.

Some industry watchers, such as Channel News AU, suspect that the headphones story was leaked deliberately to reassure investors: Sonos’ share price has been on a downward trend in recent months. The more likely explanation is that the supply chain issues that continue to plague the consumer electronics industry have made Sonos revise its product plans.

For now, though, that means we’re in ‘reading tea leaves’ territory: anything anyone at Sonos does is pounced upon in the hope that it’s a clue. Most recently Sonos VP of global marketing and communications, Pete Pedersen, posted on LinkedIn that Sonos was “looking to partner with a thoughtful, creative, and innovative integrated marketing firm for one of the most ambitious projects in our history… targeting a new audience/consumer segment.”

Headphones? Maybe. But then again, maybe it’s the Home Theater OS project we think Sonos is also working on, which aims to “deliver a next generation content delivery experience” across mobile, TV, tablet and other hardware.