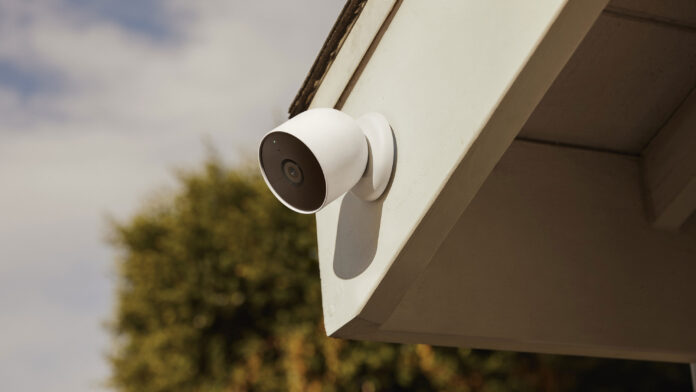 Installing a security camera system in your home used to be a serious undertaking. Wired CCTV cameras often required professional installation, with their cables routed into the home then plugged into a central control and video storage system. Their feeds were often only viewable on a television set or dedicated display, and being CCTV – closed-circuit television – it wasn’t possible to view the cameras when away from home.Smart home technology has changed all of that. Today, while CCTV systems are still available, smart, internet-connected and smartphone-controlled cameras are available for inside and outside the home. Often wireless, these are easy to install, record in Full HD resolution, include artificial intelligence for smartly identifying certain objects and people, and they can be viewed or controlled via an app from anywhere in the world.

And yet, despite how easy it now is to install one of the best home security cameras, the same privacy rules regarding CCTV apply. Broadly speaking, these limit where your cameras can be installed in a bid to protect the privacy of those around you, such as your neighbors.

Want to get your hands on one of the best home security cameras now, rather than reading on to discover if they invade privacy? Then check out these great deals for some of the best on the market right now.

Thankfully, today’s smart security cameras have useful features to help get the view you need while also protecting the privacy of passers-by.

Firstly, cameras set up inside your home do not impact the privacy of anyone outside. So, while you will need to ensure your family members and others in the home are informed about, and happy with, the location of interior security cameras, their placement will not breach the privacy of others unless intentionally located to record through windows and into another property.

Cameras installed outside with a view of other people are a different matter. The key here is whether someone can have a reasonable expectation of privacy in a given location.

On their driveway, in view of the road and other people, there is a lower expectation of privacy than on the secluded patio around the back of the property, for example. As such, a camera overlooking your driveway, but also capturing the road, pavement, and a neighbor’s driveway, isn’t a cause for concern. But if a camera is mounted high up on the side of your home, with a view of both your back garden and that of your neighbor, then you should seek to adjust what it can see.

This adjustment can usually be done by restricting what portion of the camera’s view is recorded. Many smart security cameras offer this, where a digital ‘black box’ is placed over the portion of the frame you don’t want to be recorded. This could be the front door and lounge windows of the house opposite yours or the neighbor’s back garden. Block these sensitive areas, and your camera can still be used to monitor your own driveway or back garden, but won’t capture anything it shouldn’t.

It’s also possible to create activity zones, where motion in a certain area of the frame will be ignored, and footage is only recorded (and the camera owner is alerted) when movement in key areas, like a pathway, door or window, is detected.

In these cases, it is worth telling your neighbors and even showing them exactly what is and isn’t being monitored and recorded by the camera. Transparency is key to ensuring your neighbors know their privacy is being protected. This also includes the use of signs and stickers, which often come with security cameras and can be stuck in a window to make passers-by aware that they might be monitored or recorded.

What about homes with shared spaces?

If you live in a property with a shared hallway, it may well be inappropriate to install a security camera facing your door, as it will likely capture footage of other residents with access to the shared space. Similarly, video doorbells are tricky to use in apartments, as their view will include the hallway and potentially the door (and interior, when open) of the opposite property.

As far as the law is concerned, it isn’t always clear-cut. In the US, video recording in public places is legal in all states, but there is no specific federal law regulating the use of home security cameras. However, national consent and privacy laws can be applied instead.

Some states have specific security cameras laws, but most do not. Of those that do, some allow recording in private places and the use of hidden cameras, but in other states, this is forbidden. There is also variation when it comes to requiring consent before recording. In short, it is best to consult your local state law to be certain.

In the UK, if a security camera captures images of people outside the boundaries of your private domestic property, then laws covered by the Data Protection Act 2018 and UK General Data Protection Regulation will apply. Not complying with these rules can lead to legal action being taken against you.

As well as thinking carefully about the position of the cameras themselves, you also must ensure the footage they record is handled responsibly. UK law says recorded footage must not be used for any purpose other than protecting your property, and camera owners must respond appropriately if someone submits a subject access request after being recorded by your system.

You should also ensure footage displays the correct date and time, and that recordings are not stored for longer than is necessary, then deleted when no longer required. Recordings should also be saved securely, with access only granted to those who require it, such as members of your household.

What about audio recording?

Many smart security cameras record audio as well as video. Unlike traditional CCTV cameras and their lack of a microphone, this means they fall under wiretapping laws too. In the US, federal wiretapping law allows audio recording so long as one of the two parties consents to it – in other words, you can record a conversation if you are taking part in it.

However, this can vary by state and in 11 states, including California, both parties must give consent. But because an intruder cannot have an expectation of privacy when trespassing in your home, or on your land, then audio and video recordings of that person can be captured and used as evidence against them.

Ultimately, common sense is key. Ask yourself, would you be happy with a neighbor’s security camera peering into your back garden? The answer is probably no, so you should reconsider the placement of your own camera.

The best approach is to be transparent with your neighbours; let them know about your cameras, show them exactly what they can see, and offer to obscure their view if needed. Do this the correct way, and the cameras will still capture the footage you need, should a break-in or other incident occur.