CyberiansTech
Home Tech Driver-assistance tech could save pedestrian lives – so why don’t we want... 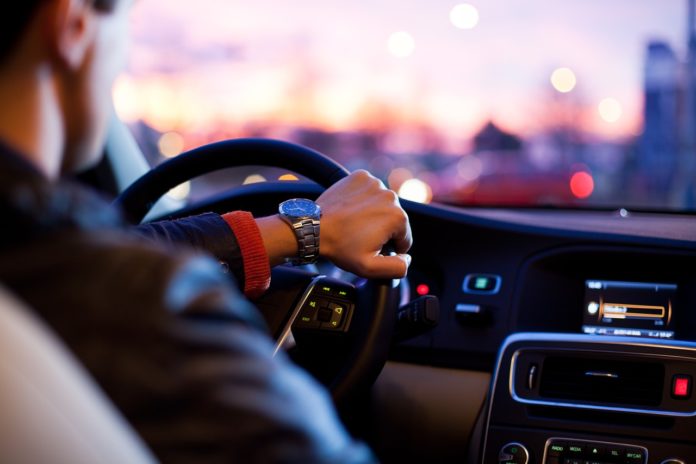 Driver-assistance tech could save pedestrian lives

Pedestrian deaths in car accidents have hit record levels, but potentially lifesaving driver assistance tech is often seen as ‘nice to have’ rather than essential.

According to a new report by the Governors Highway Safety Association (GHSA), the number of pedestrian deaths in the US increased by 35% between 2008 and 2017. Despite that, driver assistance features like lane-keeping and collision detection are typically listed as optional extras alongside luxuries like leather steering wheels and heated seats.

Some automakers are pushing to make the roads safer for pedestrians (Volvo, for example, is pushing driver assistance particularly hard, and earlier this year announced a new system that will monitor your behavior at the wheel, and intervene if you seem to be distracted or drunk), but they are the exception. For the most part, protecting pedestrians seems to rank alongside metallic paint and a towbar.

We asked Jack Weast, vice president of autonomous vehicle standards and senior principal engineer at Intel Mobileye, why the advanced safety features that could save pedestrians’ lives aren’t more common – particularly in fleet vehicles like trucks, taxis and buses.

Mobileye is a system that helps drivers avoid collisions – with motorists or pedestrians – using inexpensive cameras, usually fitted behind the rear-view mirror. It can issue warnings if you’re drifting out of your lane, you’re about to hit the car in front, or you’re close to hitting a pedestrian. In recent years, the system has also been able to intervene by performing an emergency stop, or turning the wheel if your lane discipline has slipped.

Mobileye can be built into new production vehicles or retrofitted to existing ones, and although it’s mostly used by businesses and local authorities for fleets, you could have it fitted to your own car if you wanted.

“I’m not a psychologist, but people will pay for things that make them safer, but for others perhaps they’re a little selfish,” Weast says. “I think the biggest challenge is really one about education. These technologies are a little tricky to describe. What’s a lane departure warning? Or what’s an FCW? That’s a forward collision warning.

“The techy nature, sometimes, of how the technology is described, makes it difficult for regular folks to understand what it is, and why it would benefit them. And then I think you have automakers concerned that OK, if I add a couple hundred dollars extra cost and I’ve got to make up that cost, how do I explain the technology?”

“We are starting to see though globally, as data comes out really that it shows remarkable and incredible improvements in safety, governments are realizing that this can’t be an optional technology. We’ve got to start making this a required technology.”

Weast notes that carmakers in the EU will soon have be legally required to install some kind of driver assistance system, and those in the US have voluntarily committed to making it a baseline feature.

“I think in the next three four years, we’re going to go from 10% or 20% percent of cars in the lot having this technology to near 100%,” he says. “It’s just going to take some time due to the lag of product development.”

There’s also the issue of trust, which is proving a major sticking point for many self-driving car manufacturers. Ford is experimenting with warning lights to communicate with pedestrians, and Jaguar Land Rover has even tried fitting autonomous pods with googly eyes that let people know they’ve been seen. However, these are something of a shortcut; they don’t address the reason why pedestrians mistrust autonomous vehicles in the first place.

Intel has spent time researching trust, vehicles and automation using people from all walks of life. It’s found that while people are initially skeptical of driver assistance systems, disliking the idea of a car that can take control out of their hands, once they’ve actually tried it, they quickly come round to the idea.

“We think one of the reasons why people don’t trust the technology is because they don’t understand it,” says Weast. “The industry too often are saying, ‘Well, trust me. It’s a proprietary black box and I can’t tell you how it works. It’s magic. We figured out the one AI model to rule them all, and it’s just going to be amazing.’”

“People in their lives, especially non-technical people, aren’t comfortable with that. People want to know, why is the car doing what it’s doing? What is it seeing? Why did it behave that way? When accidents happen, what does the automated vehicle do? Why and when?

“This level of transparency, we think, is really important to establishing trust not only with consumers, but also regulators. So we can say ‘This vehicle that we’d like to deploy widely, here’s why we believe it’s safe. Let’s open it up and let’s see how it works and why it works.’”

Intel’s research found several ‘tension points’ – contradictions between what drivers think they want from assistance technology, and what is actually practical in reality. For example, they might think they want all the information possible about what the car is ‘seeing’ and how it’s making its choices, but when presented with that, they find it overwhelming.

“So on one hand they want all the information, on the other hand they get annoyed with it very quickly,” says Weast. “Trying to sort through these psychological tensions, I think, is an important challenge for the industry. And we plan to do more research on that going forward, and share and publish that you know across the industry so that we can break that trust barrier.”

It’s not just the public, though; Intel also needs to win the trust of businesses and governments (which will be weighing up the advantages of advanced driver assistance against the cost), as well as regulators.

Weast says that predictability is one of the biggest factors there – consistent behavior regardless of the vehicle involved.

“But our belief is for industry to gain trust with consumers and trust with regulators, all of those vehicles should be equally safe, and not be crashing into things or people along the way while they’re trying to get you to where you want to go. We think of that as an excellent area for industry standardization, so we can have a common definition of what it means to drive safely.”

It’s all about striking a balance between safety and utility. As Weast notes, the safest automated vehicle is one that never leaves the garage, and the safest human driver is one who never leaves the couch. You can’t eliminate 100% of risk if you still want a useful car.