CyberiansTech
Home Games GTA San Andreas and 4 other VR games to expect at the... 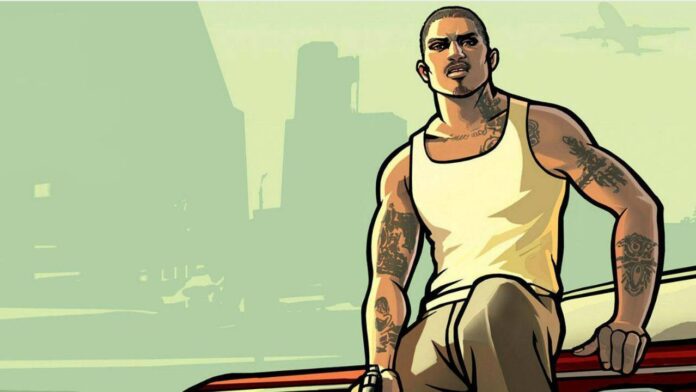 Meta has announced that it will be hosting its second Meta Quest Gaming Showcase on April 20.

The event will highlight several new games and updates coming to the Meta Quest 2 platform in the near future, though we might already have a good idea of what fans can expect to see.

Based on the reveals that came from Meta’s previous showcases, as well as Quest 2 games that have been announced at events and in press releases more recently, we’ve picked out six titles that are likely to get some screen time.

From GTA San Andreas VR to Peaky Blinders: The King’s Ransom, we think there will be something for everybody when April 20 rolls around.

The biggest reveal from last October’s Oculus Connect event was the reveal that GTA San Andreas is getting a VR port exclusively for the Quest platform.

While we didn’t get any gameplay footage, the high quality of Resident Evil 4 VR has left fans hopeful that yet another gaming classic will be similarly recreated in this new medium.

Six months after its reveal, we feel that it’s time for Meta to give us at least a taste of what we can expect from San Andres VR. However, while a gameplay trailer feels like a near-certainty we aren’t expecting a release date at this time.

We might be proven wrong, but given the scope of GTA San Andreas, we anticipate the VR port will need quite a bit of time to get right.

The hugely popular social deduction game was revealed to be getting a VR port during the 2021 Game Awards, and it sounds like we’ll be getting a few more details at the upcoming Meta showcase.

That’s because InnerSloth, the creators of Among Us, has confirmed on Twitter that it’ll be at the April event with “new bean footage.” Most likely this means we’ll get a look at tasks, movement, and maybe some Crewmate roles.

A promise of gameplay footage and little else implies we may not get a release date quite yet, but the team could surprise us.

Among Us VR is a collaboration between InnerSloth and Schell Games (I Expect You to Die, Lost Recipes). There’s a lot of talent working on this title, so we’re incredibly excited to see what they show off.

Fans of the show will be chomping at the bit for Peaky Blinders: The King’s Ransom news, and the Meta Quest Gaming showcase will be a great time for Maze Theory to make an announcement.

The developers have already said a lot about what players can expect when the game drops later this year, but so far we haven’t seen much gameplay. Plus, while Maze Theory has confirmed a 2022 release, it’s remained tight-lipped when asked to provide a firm date.

The Meta Quest Gaming showcase will provide it a great opportunity to finally unveil gameplay footage, and perhaps even a solid release date for when Quest 2 players can try the game out for themselves.

These showcases don’t just reveal all-new games, they give fans a chance to find out about updates to their favorite titles too.

One of the most popular VR games is Beat Saber, and last October Meta teased some new content – with a barely 10-second clip showing a strange sword design slicing through a single block.

Most of the predictions are that it’s teasing a new campaign mode or improved customization options – perhaps to help players find a more unique style in multiplayer as VR embraces the metaverse.

Beat Games has released several updates to its game since the announcement – including a Fall Out Boy music pack – but the odd-looking sword has yet to show up. We feel like the upcoming showcase would be the perfect time to change that and finally tell fans what was teased last year.

Less of a prediction and more of a hope on our part, is that Cloudhead Games might discuss its new “next-gen VR” title.

It only just announced that it was working on the game – so development likely isn’t too far along – but given how incredible Pistol Whip is we’re already desperate to find out more about what Cloudhead Games has up its sleeve.

Most interestingly, in the blog post announcement there is some strange formatting in the sentence: “We Are excited to Announce thAt we’ve begun work on new next-gen VR titles with deeper scope and vision.”

The decision to capitalize and bolden three As has led many to speculate that Cloudhead is developing what it sees as a AAA game – a designation given to expansive and well-funded hits like Elden Ring, Pokemon Legends Arceus, and Horizon Forbidden West.

If it’s right, Cloudhead’s next game could become the new best VR game out there – though we’ll have to wait and see what it announces be it at April’s showcase or at an event in the future.

Whatever is announced at the Meta Quest Gaming showcase you can be sure that we’ll be here bringing you all the latest about the games headed to the Quest 2.

On April 20 at 10am PST (6pm BST, April 20 / 4am AEST on April 21) check back here for our thoughts on the biggest reveals. Plus, you can head to Meta’s Facebook, YouTube, or Twitch page to catch the event for yourself.