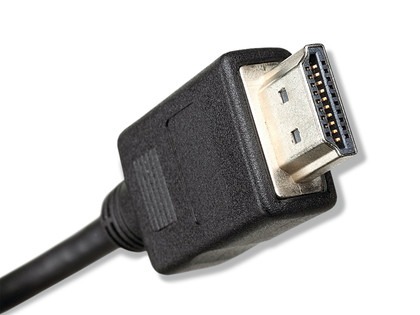 HDMI vs DisplayPort: which is best?

The HDMI vs DisplayPort has raged on for years now, even when the now-defunct DVI port was still in commission. In fact, ten years have passed since this article was first published, and we’re still talking about it.

That’s even though most graphics cards these days, from top-flight AMD Radeon cards like the RX 6800 and RX 6700 XT down to budget offerings like the RX 5500 XT and the Nvidia GeForce GTX 1660 Super, offer both as options.

The two all-digital standards are not in direct competition either. In fact, not only do they ‘complement each other, at least that’s the semi-official line, but they are also about the same in terms of video and audio quality. Both offer high-speed all-digital connection for video and audio with allowance for copy protection and 3D images. And, their basic specifications and capabilities are similar.

However, two new standards on one card mean there is competition at some level, especially because at the budget level, some devices only carry one or the other. Also, although the two ports essentially do the same job, they do it in different ways that reflect their origins.

While this isn’t exactly a format war where the only one will be left standing, as both formats are here to stay, it still matters to some folks. So, let us dive into what makes each standard great, talking about their individual strengths and why card manufacturers ultimately put both onboard their GPUs.

The High Definition Multimedia Interface first appeared in 2003 and was designed as a digital replacement for the multitude of analog formats used in consumer AV standards (RF, SCART, Composite, S-VHS, RGB, and so forth), in a compact single cable.

HDMI hails from the world of TVs, DVD players, and consumer electronics. It takes as its starting point S-VHS and composite signals. DisplayPort hails from the computer chaps and uses a more sophisticated and flexible data transmission method.

It can carry any uncompressed TV signal with 48-bit color and up to eight channels of audio as well as control connections for the rare instances where one bit of kit can control another.

The standard was put together by a consortium of big names, including Panasonic, Sony, Philips, and Toshiba. The specification has now reached version 2.1.

The big gain in the later versions is the maximum clock speed, which governs bandwidth. The original specification called for a maximum of 165MHz, which is just enough to handle 1080p.

Version 2.1, the current version, delivers improved bandwidth of 48Gbps and can carry resolutions of up to 10K at 120fps, enough for a very beefy modern home cinema setup.

It comes in single-link or double-link types (the 19-pin Type A and 29-pin Type B respectively), Type B equates to dual-link DVI, although we haven’t seen one yet.

An HDMI 2.1 cable with 48Gbps will be necessary to experience the technology’s capabilities, and you’ll need a compatible HDMI 2.1 port on any connecting hardware as well.

There’s no standard set for the maximum cable length, it’s essentially down to the cable company to get it working properly. The signal drops off, so the longer the cable, the thicker the wire and therefore the better the quality required.

HDMI: The standard 19-pin Type A HDMI connector, capable of 10.4GB/s in its latest iteration

HDMI includes CEC: Consumer Electronics Control. The idea is that one bit of AV kit can pass across instructions to another, such as turn on, change the channel, and so forth. Nice when it works, which isn’t as often as you might like. No big loss on a PC.

HDMI has native support for BT.2020 with 10, 12, and 16 bits per color component, enhanced eARC for object-based audio formats such as Dolby Atmos and DTS:X, and scene-by-scene and frame-by-frame dynamic HDR.

If you’re a new television then it will have an HDMI port, making connecting a PC really easy, at last. This is the big bonus, games coming at you with real screen acreage.

Three years after HDMI first made its way into homes, DisplayPort was unleashed into the world. The standard was hammered out by VESA and was designed principally to go betwixt graphics card and monitor.

Importantly, it also happens to be royalty-free (as opposed to the four-cent per device royalty charged to HDMI devices). DisplayPort was adopted after the United Display Interface (UDI) standard, principally developed by Intel as a DVI replacement, was canned.

Unlike the aforementioned HDMI, DisplayPort is a completely novel standard. This means that it isn’t possible to produce an easy connection converter in the same way it was for HDMI.

Having said that, there is a special DP++ port, which offers multi-mode connections (including single-link HDMI and DVI signals) and can be used with a suitable converter cable. It is all a bit of a fudge, though, and requires a non-standard physical port.

DisplayPort uses a packet-based transmission system, enabling flexible use of bandwidths. It comes in one-, two- and four-link versions with increasing data capacities.

The original version could transfer a maximum of 8.64GB/s, while the 1.4 specification (which has been around since March 2016) has a maximum total bandwidth of 32.4Gbps and a maximum total data rate of 25.92 Gbps.

DisplayPort specifies a maximum cable length of three meters for copper and fifteen meters or more for fiber optic. If you are serious about putting space between box and monitor, then this is clearly the display interface of choice.

DisplayPort was designed from the outset with a direct graphics card/monitor connection in mind, including the internal one. It can run a monitor directly from the DisplayPort signal, with no Low Voltage Differential Signalling (LVDS) circuitry required on the panel.

DISPLAYPORT: The full-size 20-pin DisplayPort plug, destined to be the connection of choice for monitors at a distance

DisplayPort is royalty-free. HDMI costs currently only four cents a pop, mind. DisplayPort has fewer rules over implementation too and is not so highly regulated, so manufacturers can have more fun with it.

Technically more accomplished, flexible, and capable of carrying much more than just video and audio. It also supports multiple monitors on one cable, so you can daisy-chain two or more together.

DisplayPort also offers a three-meter copper cable at full resolution, its also been designed for fiber optics too, enabling much longer cables. HDMI has no maximum cable length and the signal can degrade.

It can run Direct Drive Monitors. This is of most significance internally in laptops, but we should see external DD monitors, which can be thinner, and one would hope, cheaper.

There’s a bi-directional auxiliary channel, which can be used for input from a microphone or USB device.