The Honda CR-V is the world’s best selling SUV, and the 2019 model is capable of hauling families and their luggage in comfort, while also providing a wide array of tech goodies to make the journey easier, more enjoyable and less tiring.

With updated styling to go along with the tech it’s an SUV for the here and now, assuming you want a large people carrier and not a more compact mid-size or small Sports Utility Vehicle.

As well staples such as cruise control and a reversing camera, the Honda CR-V also offers up a HUD (heads up display) and slick smartphone integration to keep the tech-enthused happy behind the wheel. We put some serious mileage on the CR-V to find out how well it all comes together. 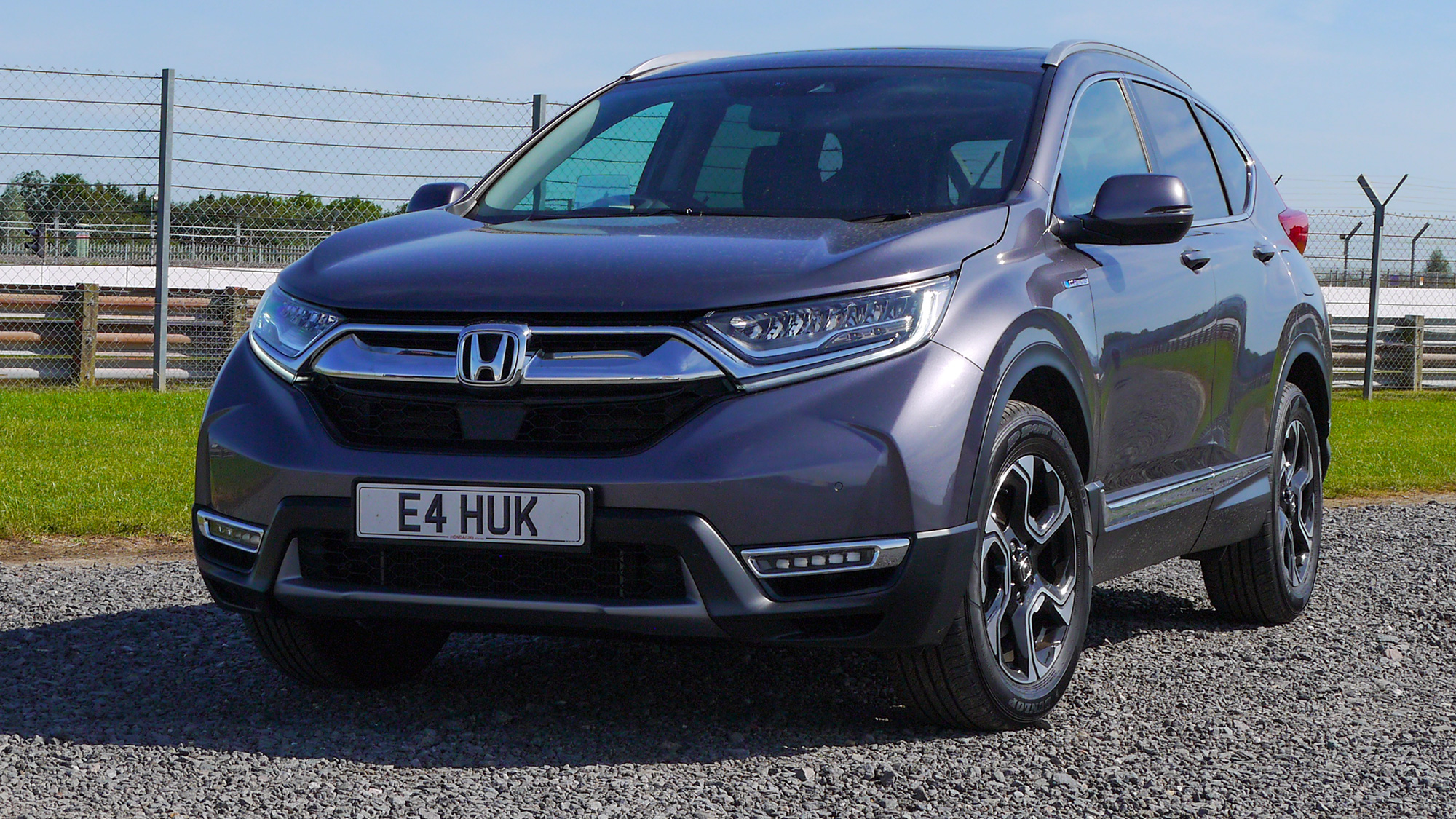 The Honda CR-V is long, tall and wide. If you’re uncomfortable maneuvering in small spaces, this isn’t the car for you. But if you’re someone who needs space for people and all their belongings, the CR-V has it in spades.

One of the first things we noticed when we climbed up, into the driver’s seat of the Honda CR-V was just the sheer number of cubby holes that were available.

The door pockets are some of the deepest we’ve seen, and the central divide between the front seats provides a key tray, ample cup holders and additional storage space (the latter of which is hidden under the sliding armrest).

There’s plenty of space in both seat width and head height, making the cabin a comfortable and airy place to be. Honda has improved the sound proofing for the 2019 CR-V too, which means things are quieter when you’re on the move.

Our model came with a panoramic sunroof (an optional extra) which stretched from the front to the rear seats, flooding the car with additional light if you opt to open the blind.

In the back and there are three seats which can comfortably accommodate three adults on a long trip with a decent amount of leg room. If the back seats are going to be frequented by kids, they’ll have oodles of space.

A powered tailgate – which can be engaged from the key or a button to the right of the steering column – makes accessing the sizable boot easier, and once open you’ll comfortably be able to fit several large suitcases in. 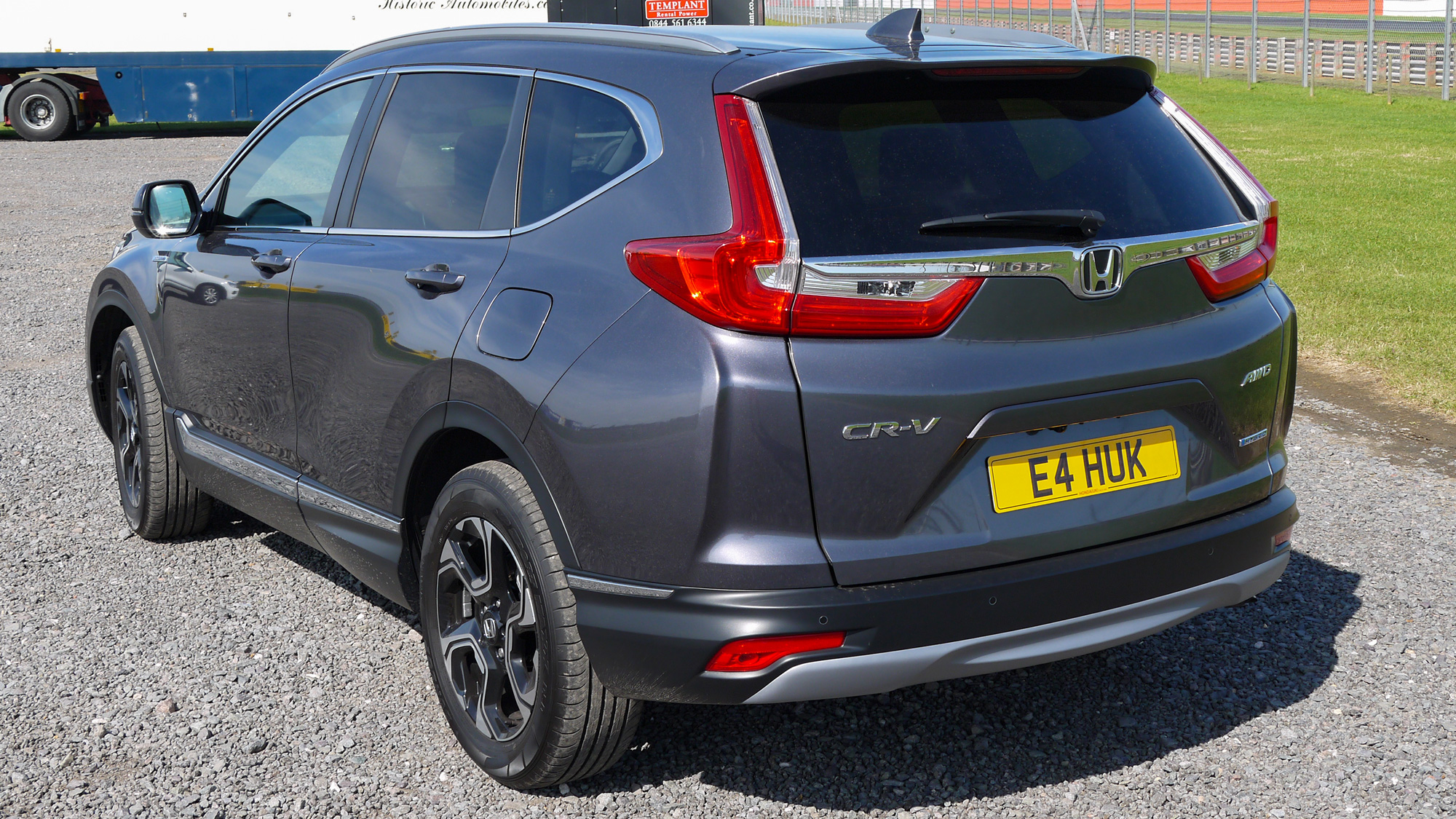 Moving back to the front seats, and during cold months you can take advantage of the heating function (sorry back seat passengers, no heated seats for you), plus the driver can also benefit from a heated steering wheel.

On the roof, next to the sunroof controls, is a sunglasses storage section which actually has a handy second function. Press the panel and it’ll open up, allowing you to grab or put away your sunnies, but click it up once and you’ll notice it has an additional rear-view mirror, allowing driver and front seat passenger to keep an eye on the kids in the back.

Our Honda CR-V was an all wheel drive (AWD) model, which provided good traction and balance on the road. The ride was smooth, and cornering felt stable with what felt like good weight distribution, making steering the CR-V easier.

Acceleration is okay, but it’s not the sharpest in responding to your right foot. Once it’s caught up though, the CR-V moves at a decent pace. The automatic gearbox does the job nicely, but for those who want a little more control you can opt to use the paddle-shift gear levers mounted just behind the steering wheel.

While a 2.0 litre engine sits at the heart of the Honda CR-V, it also has a self-charging battery pack as part of its hybrid setup. The result is an extended range from a single tank of fuel, and we were easily able to get over 500 miles in between fuel stops.

You can also opt to go fully electric with EV mode, although the Honda CR-V can only go a handful of miles in this mode so anything longer than popping to the shops will require the petrol engine.

Something which did surprise us a little however, was the horn. For such a large car, the sound is surprisingly feeble on the Honda CR-V. Press it in anger and it’ll do little to elevate your mood! 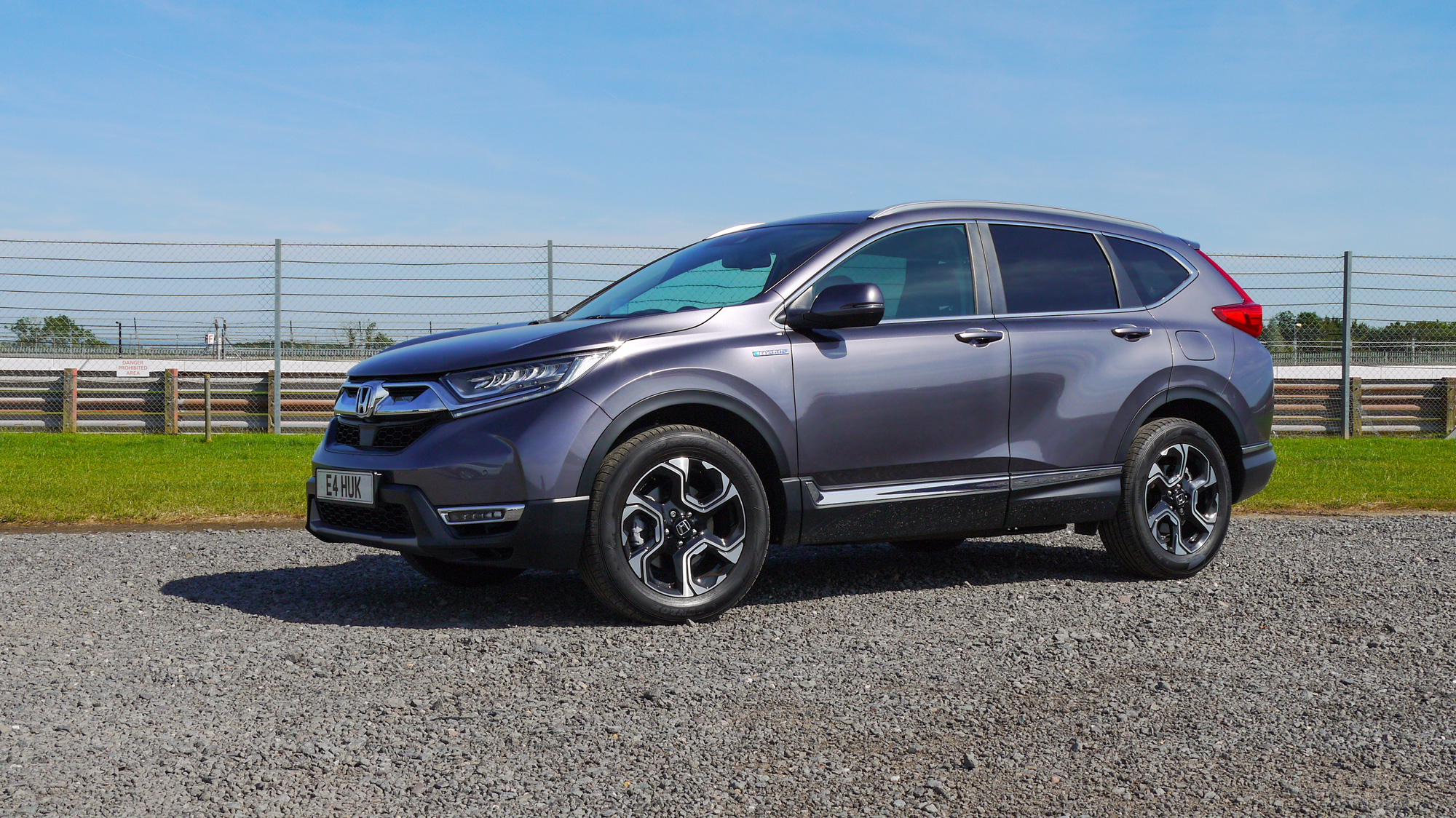 As we’ve mentioned, the EX trim of the Honda CR-V comes with plenty of tech. There’s the heated seats and wheel, automatic lights and wipers, climate control, powered tailgate, reversing camera, parking sensors and cruise control to get us started.

Cruise control on the CR-V also comes alongside adaptive lane assist, which sees the car keep you in lane if you start drifting to the lines by gently tugging the wheel in the correct direction.

It’s one of the better lane assist features we’ve used, with the CR-V doing a surprisingly good job of following the curvature of the road.

You do have to keep a hand on the wheel that’s providing some resistance, otherwise you’ll get a flashing visual warning on the dash and, if you ignore it for too long, an audible tone too telling you to pay attention and keep your hands on the wheel.

Both cruise control and lane assist take a moment to learn how to operate, with Honda’s on-wheel controls not the most intuitive around. After a few attempts we worked out the required combination of presses, but it could do with being a little more straightforward.

Similarly, the heads up display (HUD) wasn’t immediately obvious as it wasn’t on by default for us. There was a HUD button on the wheel, but that didn’t enable the display. Instead there was a separate button to the right of the wheel which needed to be pressed.

This saw a small glass window rise up between wheel and windshield, providing you with information such as current speed, speed limit and next navigation direction.

It worked nicely, and puts this useful information in your eye line of the road, which meant we didn’t keep having to glance down at the instrument cluster – in turn making us a safer driver.

The instrument cluster on the Honda CR-V is all digital, which means it can show you much more than just your speed, revs and fuel level. The central display can also show you what music is currently playing, navigation directions, car stats such as tire  pressure and much more.

However, navigation of the menus for this display is again a little fiddly, making it difficult to work your way to what you want. Over time we did become more familiar with the navigation requires, but they could be better.

Shifting focus to the large 7-inch touchscreen display which sits a-top the center console, and there’s plenty of space to view maps, audio channels and more.

The touchscreen does require a certain amount of force from your taps to register – it’s not quite as responsive as your smartphone’s display – but it generally works well.

Honda’s built-in satellite navigation system does the job, but it’s not as good as Google Maps or Apple Maps. The good news is you can plug your smartphone into the Honda CR-V and use the dedicated mapping and audio apps on the car’s touchscreen thanks to the inclusion of Android Auto and Apple CarPlay.

The real bonus here on the CR-V though, is the navigation directions from your smartphone’s mapping app get relayed to the digital display in the instrument cluster and the HUD.

This doesn’t happen in all vehicles, with many keeping third-party navigation services on the main screen only. It means it’s just as easy to follow directions from Google or Apple as it is from Honda, and it makes for a much better driving experience.

And to ensure you and your passengers keep their devices topped up, the Honda CR-V comes with two USB ports in the front, and two in back.