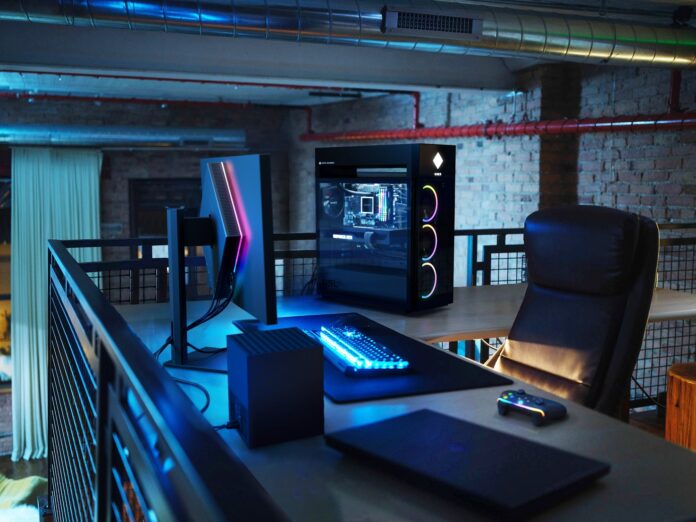 At CES, HP unveiled its latest lineup of gaming systems, including a tower with a new kind of cooling system. The Omen 45L Desktop (which leaked a couple of months ago) has a Cryo Chamber that’s positioned above the main case.

The unit contains up to a 360mm AiO liquid cooler and it can pull in colder ambient air from outside the system to cool the radiator instead of using air from the main interior (which is heated up by the processor, graphics card and other components). HP says this can reduce CPU temperatures by a further six degrees Celsius compared with identical models that don’t have the Cryo Chamber.

The 45L is a souped-up version of the 40L desktop, which has one fewer 120mm fan and doesn’t have the Cryo Chamber, though it’s not quite as tall. The newer model is 21.85 inches (55.5 centimeters) high and HP notes that the Cryo Chamber can be used as a Gamecube-style handle.

HP made upgrading components a cinch, as the 45L has front and side panels that can be removed without tools. There are locks to keep the panels in place. The 45L Desktop will be available through HP’s website on January 5th (and later at Best Buy). It starts at $1,900. Those who prefer to build their own rigs will be able to buy an Omen 45L ATX case, which includes the Cryo Chamber, in the coming weeks.

Also on the Omen front, HP has refreshed the 25L Desktop with an additional 120mm front fan, as well as an optional glass side panel. There’s now a ceramic white color option, which is a first for Omen desktops. The revamped 25L should be available this spring. Pricing will be revealed later.

Meanwhile, HP has revealed the first desktop for its mid-tier Victus brand. The 15L has a compact design and it’s available in two colors: mica silver and ceramic white. The case (which has post-consumer recycled plastic in the bezel and water-based paint) features a customizable RGB “infinity mirror” logo.

The 15L can house up to a NVIDIA GeForce RTX 3060 Ti or AMD Radeon RX 6600 XT GPU. It’s compatible with 12th-gen Intel Core i7 processors and AMD Ryzen7 5000 Series CPUs, and you can pack in up to 32GB of DDR4 RAM. The Victus 15L Desktop PC should be available by February, with pricing to be revealed in the coming weeks.

In addition, HP announced the first Omen gaming monitor with HDMI 2.1 support. As well as PC gaming, the Omen 27u 4K Gaming Monitor is designed with the latest consoles in mind. The 120 Hz display has a 1ms refresh rate, VESA DisplayHDR 400 450 nits of brightness and true 8-bit color.

HP notes it’s the first Omen monitor with a four-sided micro-bezel design, which should place more emphasis on the screen. The monitor will start at $700 and it should be available in the spring.