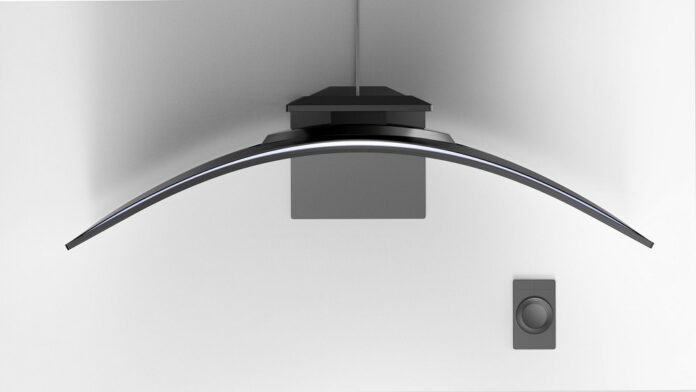 Samsung has unveiled its largest curved monitor yet, the 55-inch Odyssey Ark, showing its potential for both gaming and productivity. For gamers, it wraps around your field of view so you can see both ahead and beside you when playing Flight Simulator, for instance. But it can also be flipped 90 degrees into a portrait orientation for work, showing a Zoom feed, spreadsheets and whatever else you need to see.

The Odyssey Ark is a Quantum Dot Mini LED display with a fairly sharp curvature and 16:9 aspect ratio, unlike the much wider 32:9 format of the 49-inch Odyssey Neo G9. It can pivot and tilt via the height adjustable stand (HAS), so you can set it to the optimal angle. That’s pretty key, because it’s so large when when tilted vertically that you have to crane your neck to see the top of the display.

It also offers multiview options that “allow users to adjust Odyssey Ark exactly how they want it with a totally adaptable screen size to fit the game or the program without compromising its 4K display and bright, colorful images. The monitor also features a wireless, dial controller to manage lighting and the interface,” Samsung wrote in a press release. Other specs like refresh rate, color accuracy, latency and more have yet to be revealed, but with Mini LED you can likely count on a reasonably bright, fast and color accurate monitor.

Here is a first look at the INSANE Odyssey Ark from @Samsung! This is a curved 55″ 4K Monitor with a 16:9 aspect ratio… Can do some serious gaming/multitasking on this! #ces#samsungpic.twitter.com/Y82hbeY9gg

Samsung’s press shots only show the Odyssey Ark obliquely from the top and side, but YouTuber Tim Schofield tweeted some images from the CES show floor. Suffice to say, it’s pretty grandiose when in portrait mode, essentially working as a triple display with the top of it literally towering over the user. Samsung plans to bring it to the US in the second half of 2022, but has yet to reveal any pricing. 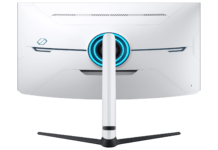 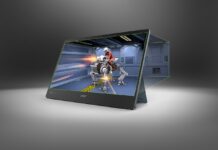