CyberiansTech
Home Tech No Man’s Sky Beyond Update 2019: Everything You Need to Know

Cast your mind back to 2016 – Beyoncé’s Lemonade was the world’s best selling album, Rogue One dominated the box office, the Nintendo Switch was just a codename and a bunch of rumors, and No Man’s Sky had arguably gaming’s roughest launch.

Built-up by creator Sean Murray of Hello Games, alongside Sony, the then PlayStation 4 exclusive launched with billions of planets to explore, but little to do on them. It was a galaxy inhabited by millions of players, but you wouldn’t see any of them. A combination of unrealistic expectations placed upon a small team and an over-zealous publisher, No Man’s Sky left people more than disappointed – many were angry.

In a world where every company seems to have an active social media feed, and in an industry focused on appeasing shareholders, it was strange to see Hello Games retreat into radio silence. After an unprecedented media blackout of several months, Hello Games plotted a course for redemption for their project that at one point seemed hopelessly lost in space.

In July 2018, No Man’s Sky Next update took the title to Xbox One, while also adding new multiplayer functionality, improved base building, and full third-person mode for the original PS4 version. This, combined with earlier updates, helped bring No Man’s Sky closer to it’s creators’ original vision.

Of course, the story hasn’t ended there, as players have been abuzz with the recently released Beyond update. Here’s a quick guide to the update, and why now is as good a time as ever to jump into No Man’s Sky.

When is the Beyond update launching?

No Man’s Sky’s Beyond update hit all platforms on August 14, 2019. It’s available to download now.

How much does the Beyond update cost?

No Man Sky’s Beyond update is available for free for anyone that owns No Man’s Sky on any platform. So if you haven’t played in some time, you’ve nothing to lose by jumping in.

What’s in the Beyond update? 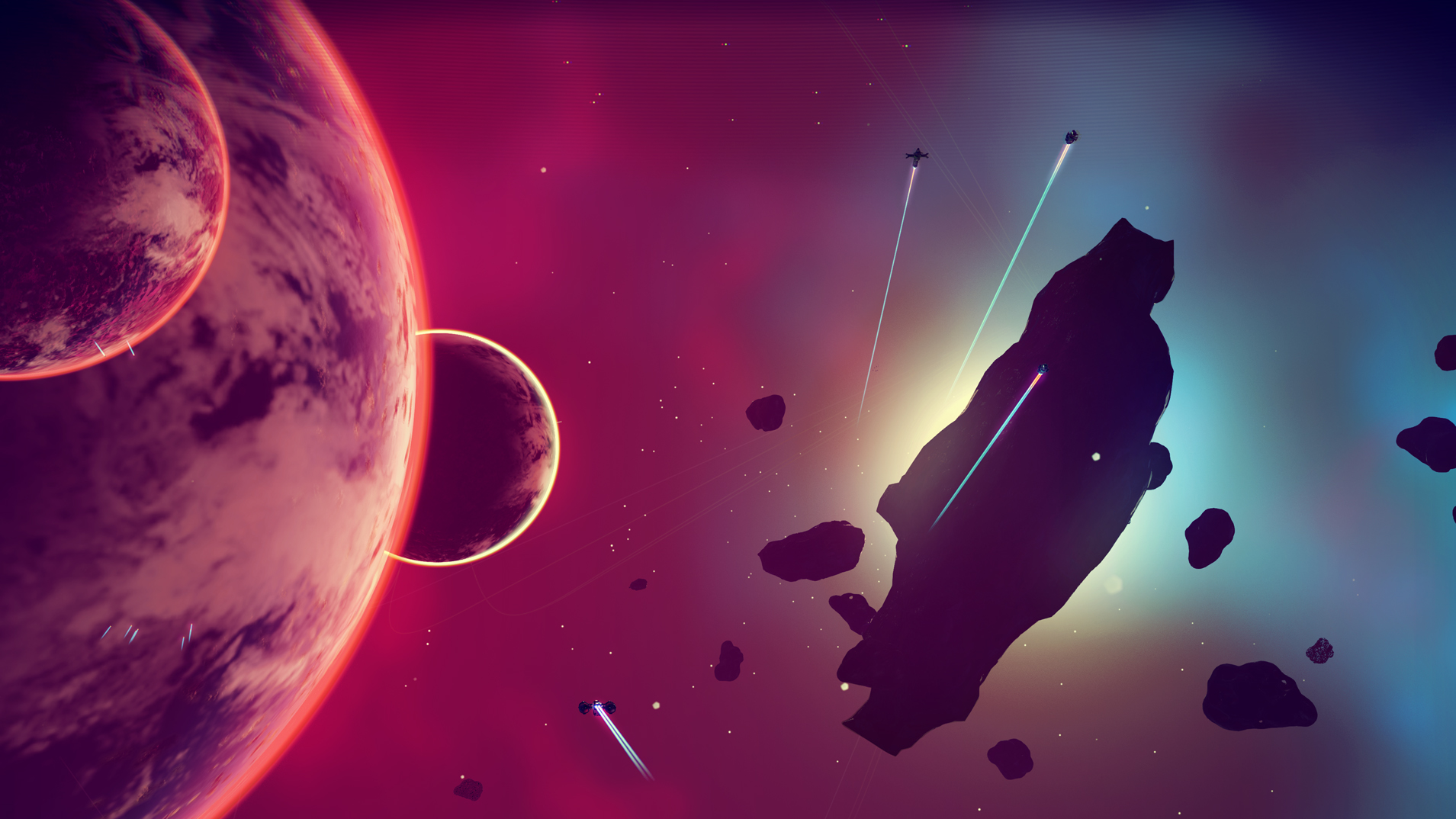 Quite a lot, actually. Sean Murray previously stated that ‘Beyond’ is an amalgamation of three “pillars” – each with a wealth of associated content and changes. Originally intended as three updates, they’ve now been bundled together.

No Man’s Sky Online
The first of these pillars is No Man’s Sky Online. As you can imagine, this is an extension of the previous multiplayer update in many ways. Players can now visit a social space called The Nexus, where you can interact with other players and purchase items (no microtransactions, don’t panic).

You can teleport directly from the Nexus to a friend’s base, and also pick up Multiplayer Missions with new co-operative activities with varied objectives. On console, eight players can now explore together (up from four), while PC players can now take their four player group and expand it to a whopping 32 players. 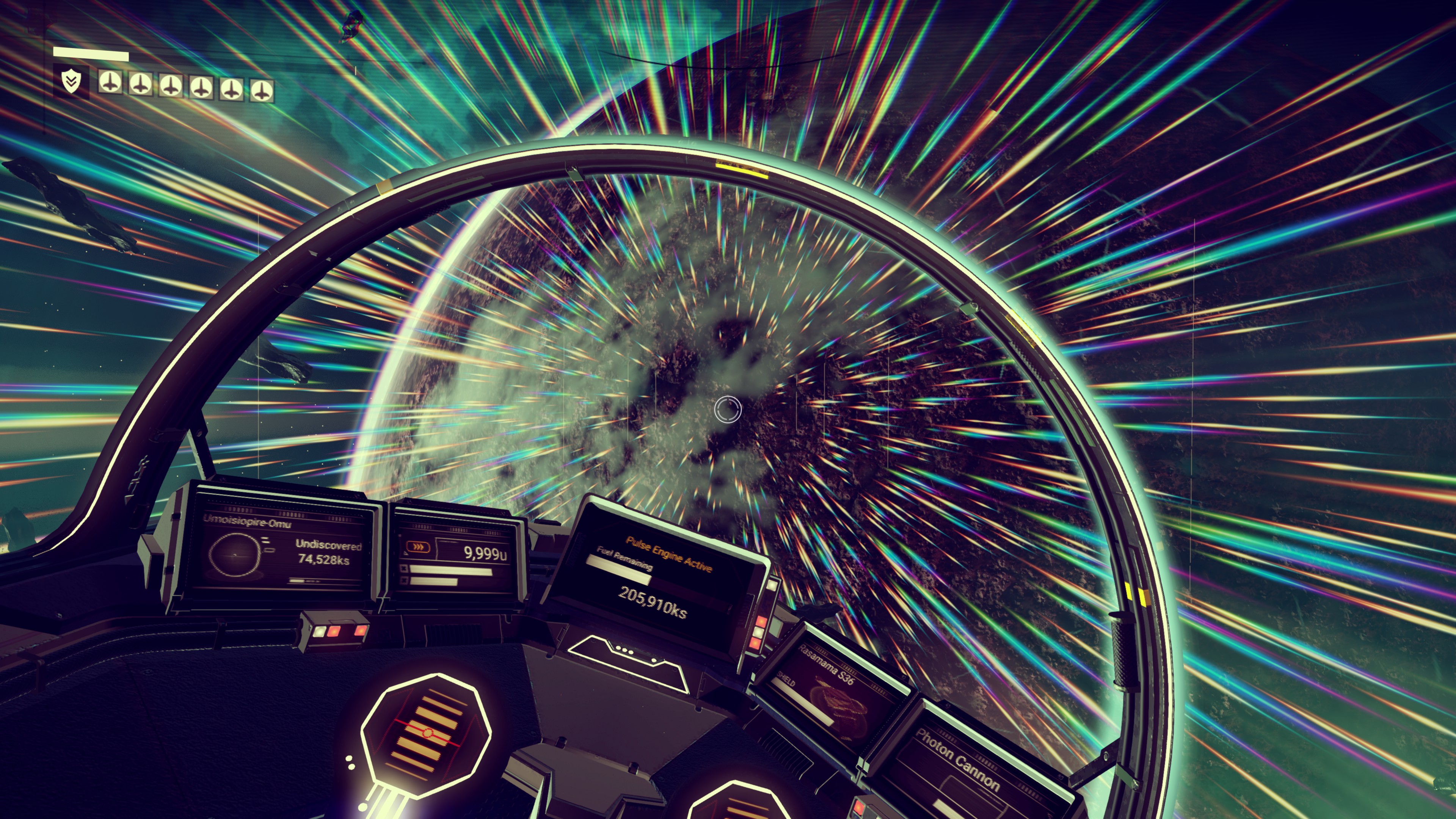 No Man’s Sky VR
The second pillar of the Beyond update is No Man’s Sky VR – which from the name is likely pretty self-explanatory. This isn’t some virtual reality focused addendum to the existing game though – this is the entirety of No Man’s Sky playable in VR, and is compatible with existing saves made before the update too.

That means you can go from a planet’s surface, into your ship, to the Nexus and back again all within VR. As you can imagine, this is for PlayStation VR players and PC VR owners, so Xbox fans won’t be able to take part. If you can though, you’ll be able to interact with non-VR players on your chosen platform.

Excitingly, controls have been tweaked too. You can play with a controller, or use a PlayStation Move controller as your ship’s throttle. It changes the game entirely. 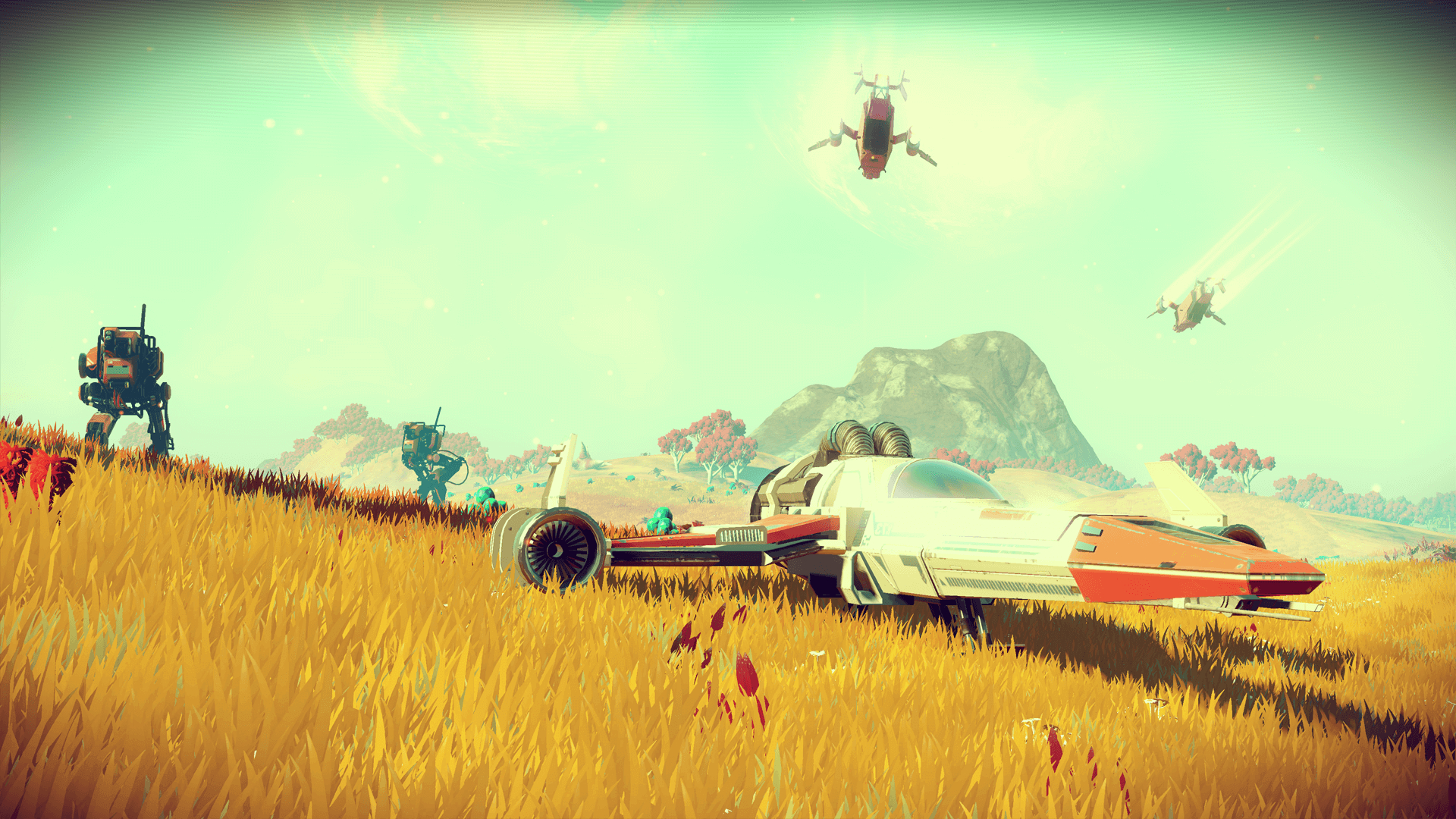 Loads more
The final pillar doesn’t have a name, and is a little bit nebulous at present. What we do know is that there’s plenty of options to be added, many of which will likely only be discovered after months of exploration.

Some alien creatures can be tamed now, for example, while your Last Jedi blue-milk simulator isn’t far away either with milkable creatures and a new cooking system. New environment types are being added too, and base building is being expanded on each planet. Quite simply, there’s a ridiculous amount to be added.

Aside from the new content, you’ll also find a wealth of quality-of-life improvements. These range from improvements to the game’s tutorials to the previously taxing inventory limitations. With a large portion of players being turned off by the seemingly endless grind of No Man’s Sky, Hello Games are trying to welcome new players and returning ones alike. In fact, much of the game’s UI has been completely redesigned.

That is a lot, anything else?

Actually, yes. The entire game has been updated to support Vulkan – overhauling the graphics API. This was actually done back in April, but PC players will now have the ability to change graphics settings without needing to restart the game. Performance is improved too, as is HDR support.

Honda CR-V 2019: Plenty of Tech and Oodles of Space