We’ve been hearing rumors about the Google Pixel Watch since before the average Fortnite player was born, and every so often interest in it sprouts for a brief moment of time – that’s happening again in early 2022, as people seem to think it’s launching soon.This is especially the case because someone left a smartwatch in a restaurant, and photos of it made their way to Android Central.  While I’m taking this with a big pinch of salt, due to some discrepancies in the story and the fact that this might be a prototype or similar, it’s got lots of people excited for the debut Google wearable.

The pictures roughly line up with renders that we’ve been seeing for ages now, which makes it more likely that these images are legit, but they reinforce an idea those renders gave us: the Pixel 6 could be a very fragile and dainty watch.

Look at that image: it’s a minimalist – some may say ‘chic’ – watch with sleek curved sides and no bezel to speak of. It bears more than a passing resemblance to the Zepp E smartwatch from 2020, which was good to look at but I did worry that a strong gust of wind could break it.

Google has filed a trademark application for the Pixel Watch ahead of the wearable device’s rumored unveiling at Google I/O next monthhttps://t.co/ZMRfMCsG31April 25, 2022

The pictures also show both a crown and a side button, which admittedly gives it more design elements than the Zepp – but it’s still an understated device.

Between the renders and photos, it now seems pretty certain that this is the direction Google is moving in with the Pixel Watch. I can’t help but wonder why, especially with Apple seemingly going the other way.

There have been quite a few reports now that suggest Apple is working on a rugged – or durable – Apple Watch, perhaps to accompany the Apple Watch 8, but more likely coming later.

We first heard this in mid-2021, but later information painted a clearer picture of what to expect: apparently this rugged Apple Watch will be designed for extreme sports. Knowing what Apple’s home state of California is like, Tim Cook is probably already testing it in the surf, up the mountains, in canyons, or somewhere even more dangerous – Dan Flashes.

Rugged tech is a growing trend – we’ve seen loads of rugged smartphones, and even some smartwatches that are designed for heavy outdoor use. A great example is the Honor Watch GS Pro – it has a hardy design, a really long-lasting battery life, and modes that help you in the outdoors, like a GPS tracking mode that navigates you back to your expedition start point.

It’s likely Apple is looking in this direction, though I don’t imagine it’ll go all the way – ‘long-lasting battery life’ and ‘Apple Watch’ are two phrases that don’t belong in the same sentence, for example. But it wouldn’t be a total surprise to see an Apple Watch with tools designed for outdoorsy people.

A feature high on our ‘rugged Apple Watch’ wishlist would be a physical bezel because this design feature can be fantastic for protecting watches from scratches and bumps that’d otherwise scratch the display.

Previously, Apple Watches haven’t had much of a physical bezel, and it doesn’t sound like the Google Pixel Watch will, either. And in both those cases, flimsy and dainty smartwatches are becoming more and more of a problem.

The problem with the design over functionality

Where I live in the UK, we’re going through a cost of living crisis, making luxuries like gadgets less necessary compared to things like rent, food, and quirky shirts from charity shops (that’s thrift stores, if you’re in the US). So, the devices that do go on sale, really need to justify their existence and their purchase.

That means they need to last a long time. I don’t want to buy a phone only for it to break after a single drop, or to only last a year or two of use before I need to buy a new one.

No, hardy smartphones are super important because they last us years and years without us having to buy a replacement. And that’s why a rugged Apple Watch would be super useful for active people and the ‘couch-inclined’ alike – it’ll keep ticking for longer.

But not only that – a recent Google Pixel Watch price leak points to it being incredibly expensive, likely on par with the Apple Watch 7. If you’re paying a lot of money, you want your watch to have loads of useful features – and judging by our time with the Samsung Galaxy Watch 4 Classic (which runs the same Wear OS 3 software the Pixel Watch will), and looking at the images mentioned above, I’m not sure the Pixel has a particular edge.

Obviously time might prove us wrong, but there’s nothing about these pictures that really seems to justify the high price tag. Looking nice isn’t justification enough. I want useful features and tools.

And I don’t count ‘showing you notifications’ and ‘counting your steps’ as useful features. Not only are they so commonplace on wearable gadgets that they barely register to me anymore, but I’d argue that these features aren’t actually that useful to the vast majority of people. Does having your wrist, instead of your pocket, buzz really save you that much time?

And sure, fitness tracking is useful – except bespoke fitness trackers are far more affordable, and running watches are better for the task. Plus, I’ve learnt to enjoy workouts more when I ditch my smartwatch.

Honestly, I really understand why smartwatches aren’t on everyone’s wrists yet (at least, via my own anecdotal experience) – for my needs, they don’t have a real selling-point feature right now.

Even though I didn’t take the Honor Watch GS Pro on a six-month mountain-trekking expedition to uncharted lands when I tested it, I still found lots of its rugged features useful in my day-to-day life, and hopefully, if Apple makes a hardy Apple Watch, it’ll be the same.

That is to say, a rugged Apple Watch makes sense in 2022, as long as it doesn’t have a ludicrous price. I want long-lasting tech with loads of useful features and a rugged watch would do just that. But a flimsy generic-looking Wear OS watch? It doesn’t exactly spark joy. 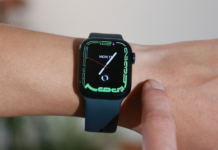 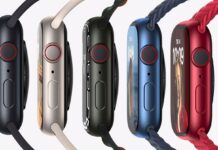