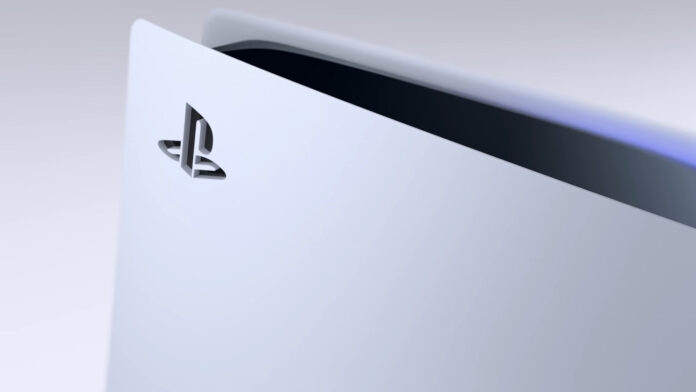 When placing the PS5 and Xbox Series S side by side, the two consoles are stark in comparison, yet both have their distinct benefits and drawbacks depending on what kind of experience you’re looking for.When it comes to price and availability, Microsoft’s cheaper, more compact, disc-less machine seems like a no-brainer. But what if you’re not ready to wave goodbye to physical media but also want a true taste of what the next generation of video games can offer? In the case of PS5, that’s not just 4K resolution and higher frame rates, but also new immersive haptic and aural sensations provided by the DualSense Controller and 3D audio.

Of course, the Xbox Series S still offers a solid proposition that lets you access hundreds of titles and next-gen features like Quick Resume and blazing-fast load times More titles are set to be exclusive to Microsoft’s latest consoles in 2022, too, such as Starfield and Forza Motorsport. But does it still feel more like an iterative upgrade rather than a splash into the new?

This isn’t quite the heavyweight and lightweight match-up if you think it is, though. Ultimately, it rests on what kind of experience you’re after, which is why we’ve got all the details to help you make an informed choice.

Last year in the UK, GAME also had an offer where customers were able to trade in an Xbox One model or another last-gen console (including Nintendo Switch) for a Series S for just £99, making the upgrade even more of a bargain.

That huge $200 price difference would make the Series S a clear winner for the cash-strapped who still want to get into the latest console generation. But if you have more of a budget, that’s not the only factor to consider when it comes to buying a new console.

In terms of raw power, the PS5 is far more powerful than the Xbox Series S both from a technical perspective and by what you can see, hear and feel. The Series S specs are considerably less powerful and also fundamentally different from the Xbox Series X, although the two share the same custom AMD Zen 2 eight-core processor. Check out the official specs for the PS5 below:

What these specs don’t include is that the PS5 also delivers a more immersive gaming experience thanks to the DualSense controller’s haptics, adaptive triggers, and built-in speaker and microphone, the latter also functioning for voice chat if you lack a headset. Its Tempest 3D audio engine also enables spatial surround sound technology, which now works on TV speakers rather than just through headphones. These features are leveraged especially effectively with Sony’s own first-party titles, including Astro’s Playroom, which is pre-installed on every PlayStation 5.

The Xbox Series S feels more like an iterative upgrade from the Xbox One, then, though it’s a capable next-gen console nonetheless that can still run the same games as Xbox Series X as long as you’re fine with a maximum 1440p resolution, which can still be upscaled to 4K. Some games do hit 4K resolution, like Ori and the Will of the Wisps, but it isn’t the norm.

Xbox One X owners might consider the Xbox Series S a downgrade as it doesn’t support native 4K and as a result, backward compatible games do not include enhancements made for Xbox One X consoles. However, the more affordable Xbox takes advantage of FPS Boost, a feature where Microsoft has enhanced the framerates of select backward compatible games, and is capable of ray tracing, 120Hz output, and has super-fast load times thanks to its NVMe SSD. Check out the Xbox Series S specs below:

One of the sore points with Series S is its small 512GB storage, which will leave you with little room if you’ve already installed Grand Theft Auto 5 and/or the latest Call of Duty. The proprietary Seagate storage expansion cards, while far more convenient to plug in compared to having to open up the PS5 and screw in an SSD, are also expensive, which might make some wonder why they didn’t just invest in the more powerful Series X instead.

However, you can also opt for a more affordable external hard drive to keep games in cold storage, while still running last-gen games (albeit without the benefit of faster loading times). The ability to put games on an external hard drive was missing from PS5 at launch but Sony has since updated the system allowing this feature. Of course, if you want to play Xbox Series S optimized games or PS5 titles, you’ll need to transfer them onto the internal drive.

There’s one area where the Series S wins hands down: and that’s based on size. While the PS5 is a divisive eyesore and the second heaviest PlayStation of all time, the Xbox Series S is the smallest Xbox Microsoft has ever made, making it an easy fit under your TV or alongside any other hardware vying for shelf space. It’s surprisingly portable, too.

Games are subjective, but let’s get down to the key practical difference since we are comparing a disc-based console with a disc-less one. If you’re buying an Xbox Series S, it’s almost imperative that you sign up for Xbox Game Pass so that you have the best value for money of being able to access a huge library of games, including Microsoft first-party titles from day one, to download online or play via the cloud, if you subscribe to Xbox Game Pass Ultimate.

However, if you’re arguably after the biggest blockbusters that can’t be played anywhere else, such as Demon’s Souls, Returnal, and Ratchet & Clank: Rift Apart, then PS5 is the console for you. That sense of exclusivity may have been slightly dampened by Sony’s U-turn to bring some PS5-developed games to PS4, but there’s no denying these games don’t perform best on Sony’s latest machine, as proven by new titles like Horizon Forbidden West and Gran Turismo 7.

PS5 exclusive games do come at a cost, however, with Sony pricing its major titles at $69.99 / £69.99 / AU$124.95. The upside is you can at least find the boxed copies online usually at a discount and you still have the option to trade them in when you’re done with them. Some publishers have also included free next-gen upgrades or a small upgrade fee if you already own the PS4 copy, although Microsoft has still handled this better with its Smart Delivery system.

Yet despite the ability to seamlessly play four generations of Xbox titles on the same console without the faff of save transfers, a common complaint is that there’s just not enough new exclusives on Microsoft’s console to get excited about, at least not yet. While Game Pass is incredible value for money, its library is also not permanent, with some of Microsoft’s own first-party games, notably Forza Horizon 3 and Forza Motorsport 7, being removed from the service.

Things certainly improved towards the end of 2021  with the release of both Forza Horizon 5 and Halo Infinite, but it looks like Xbox owners will have to wait until November for the next big release in the form of Bethesda’s  Starfield. Still, plenty more of Microsoft’s recent studio acquisitions will begin to pay off in the near future in the form of new games, including new titles from Activision Blizzard.

Ultimately, it’s going to come down to personal preference over which is the better console to go for, but there are clearly pros and cons for each. Xbox Series S wins on price and form factor, while it’s also more readily available than either the PS5 or its flagship big brother Xbox Series X. However, you’ll want to subscribe to Xbox Game Pass to get the most out of it, while regularly managing your storage capacity.

Even if it’s pricier, bulkier, and harder to find, for many, the PS5’s features really feel like you’re entering a new console generation, and a steady stream of blockbuster exclusives make terrific use of the PlayStation 5’s unique features to justify the initial expensive investment.

If you’re impatient to get into next-gen gaming now, then, the Xbox Series S is an accessible entry point that still gives you the option to save up for a PS5 further down the line when there’s either a price drop or improved availability. By then Sony may have introduced a PS5 Slim or PS5 Pro too.